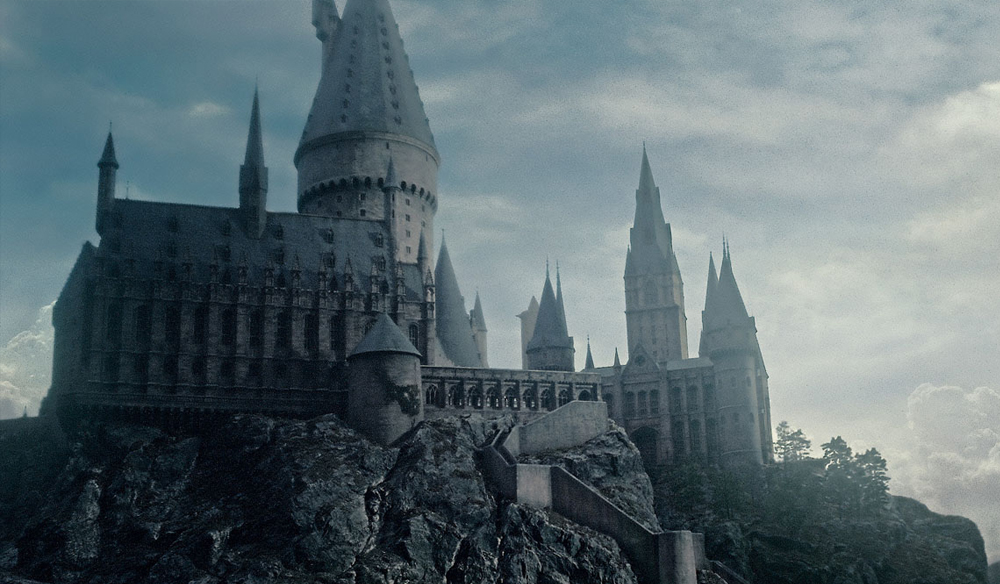 The Filmmaker’s Guide to the Establishing Shot

Angles, geography, storyline. Learn how to set every scene with this in-depth look at the establishing shot.

The establishing shot is one of the core shots in cinematography. Typically, a wide shot and the opener of a scene tell the audience where (and sometimes when) the next scene will occur.

While this seems like simple information to convey, there are several ways to employ an establishing shot.

The buildings in the background and the cars in the foreground reveal that this scene is not taking place in the present day. We can also see that the war effort has not yet reached New York, as no ships are waiting to take soldiers to Europe.

This is an establishing shot. It establishes several fundamental principles relevant to the story. The shot then gradually moves up and toward the New York skyline.

If the filmmakers wanted to take this one step further, they could have tilted up or down, panned, or zoomed toward a particular building to highlight where the scene is occurring.

There are many instances where it’s better to establish a particular building rather than an entire city. A simple wide shot of the building that tilts up suggests the scene will occur on an upper floor, but what about taking it one step further?

In the FX TV series Fargo, Season 1, Episode 3 opens with an establishing shot of a skyscraper. We can assume from the camera placement that the scene will likely occur in the offices outlined in red.

Then, through a dissolve cut, we come closer to the building, indicating even further where the scene will occur in the skyscraper.

Finally, we come closer through a second dissolve transition, isolating a single window in the composition. This is our visual cue that the scene will occur in this office.

Many consider shots like this classic because they often appear in older films. They run the risk of slowing the visual pace, but in the case of Fargo, the progression of traditional shots works perfectly.

Or, consider the following scene from The Dark Knight. We know we’re in a city’s downtown district. And, since this is a Batman film, it’s a safe bet that we’re in Gotham.

Nonetheless, as we move forward, we close in on a building where two criminals burst through the window to reach the opposite rooftop. This combines the story with the establishing shot.

Increasingly, filmmakers are skipping the establishing shot entirely. After all, a six-second shot of a building will slow the pace. Cinematographer Roger Deakins has the following to say:

The use of an establishing shot is all about context. Yes, it doesn’t always make sense to cut to a wide shot just for the sake of letting the audience know where they are. But sometimes, that is exactly what does make sense. I would suggest you watch some of your favorite films and see how wide shots are used in them.

When Not to Establish Geography

The establishing shot is often quite plain and uninteresting—it’s simply there to identify the location. However, it’s a staple that the audience relies on.

Batman vs. Superman, for example, drew criticism for its lack of establishing shots and how it often didn’t identify the geography of a scene. Audiences became confused, and it pulled them out of the narrative.

However, sometimes you can break the film editing rules to significant effect. You can choose not to establish the location to invoke a sense of confusion or misdirect your audience.

This is a classic approach in crime dramas that makes us think the villain is in the room the police are about to enter—only to find out they’re in a different location.

This worked well in The Dark Knight. Batman has just learned that the Joker has kidnapped Rachel and Harvey Dent, and placed them in separate locations, both facing death by explosion. The Joker has given Batman the location for both hostages—but he can only save one.

The woman he loves, Rachel, is the person he races to save. However, Christopher Nolan tells this part of the story without fully establishing their locations. So, we (like Batman) get misdirected into believing he’s rushing towards Rachel when, in fact, it’s Harvey he’s rushing to save.

The establishing shot can also convey time to the audience. Some filmmakers think it’s lazy to simply include text like “One year later.”

An excellent way to establish the time instead is to return to a previous establishing shot and film in the same location, but at a different time in the day or later in the year. The audience will generally remember the earlier shot, and by reusing it in a different season, you can subtly indicate the passage of time.

Take the various shots below from Harry Potter. We know in each one that we’re back at Hogwart’s—but at different times of the year.

If your story remains in the same location but shifts from day to night or vice versa, a clever technique is to show the time passing during the establishing shot itself. Cut from the scene inside to an outdoor view of the location, advance the time, then cut back into the scene.

Hannibal made excellent use of this technique, which you can see below.

For more tips on cinematography, check out these articles: