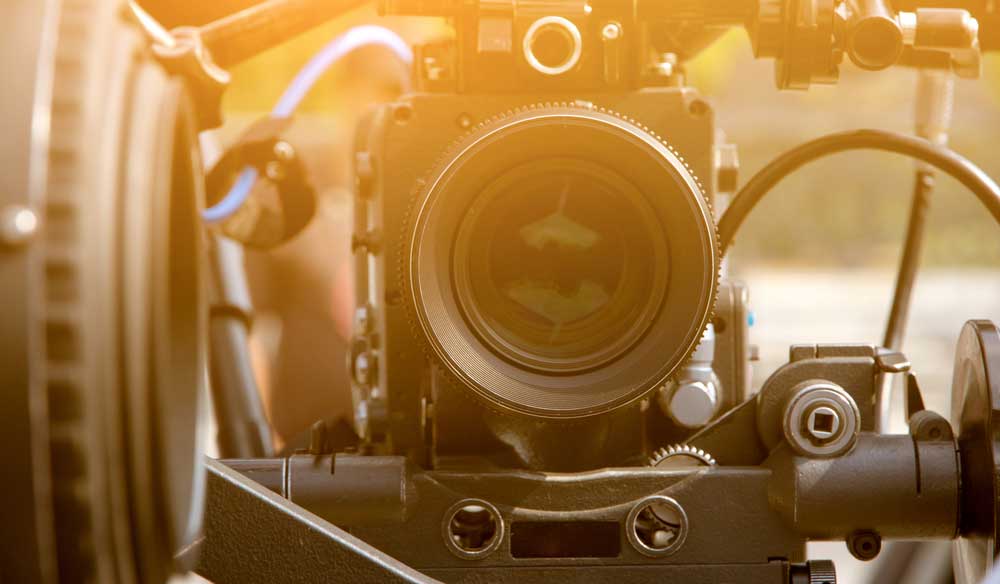 What Film Technologies Will Define the Next Decade?

Let’s look at what the current state of technology will mean for the future of film and the people who make it, distribute it, and consume it.

CES was in Vegas earlier this year. Over 175,000 attendees checked out the latest technologies from over 4,400 companies, and the film industry was well-represented. Now that the dust has settled and the announcements have all been made, let’s take a look at the technology.

8K is the latest buzz word for displays, and CES had some amazing TVs, with prices to match. Sure, you may struggle to see the difference between 2K and 4K resolution on a fifty-five inch TV from across your living room, but on an eighty-five inch screen, or Sony’s massive ninety-eight Z-series, the fidelity is stunning. You can see every hair on the Bengal Tiger. 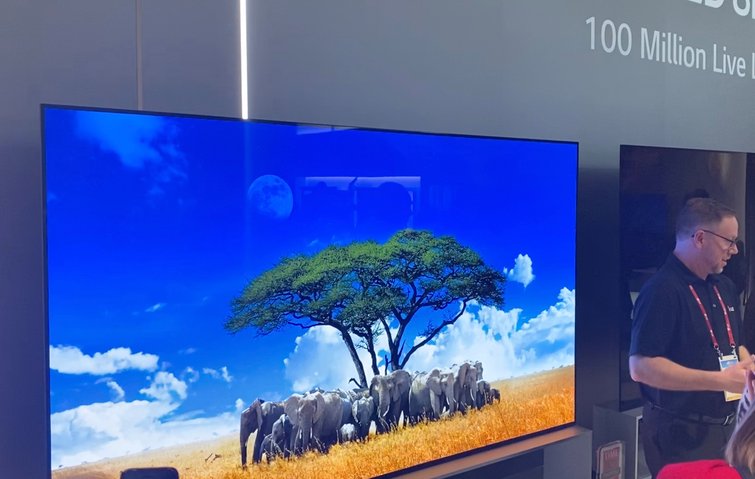 The fidelity is impressive on the new TV series.

Because bigger TVs are something most consumers say they actually want, higher resolutions are a necessity, otherwise the standard 1080p HD really starts showing its pixels.

Most of the large TVs were prohibitively expensive. Samsung’s 292 inch monster, known as “The Wall,” didn’t even have a price on it, and won’t be in the average home any time soon. Only five years ago, eighty-five inch LEDs cost over $20K. Even the better ones are now under $2K, and there’s no reason to think the same won’t be true of 100+ inch screens in five years’ time. 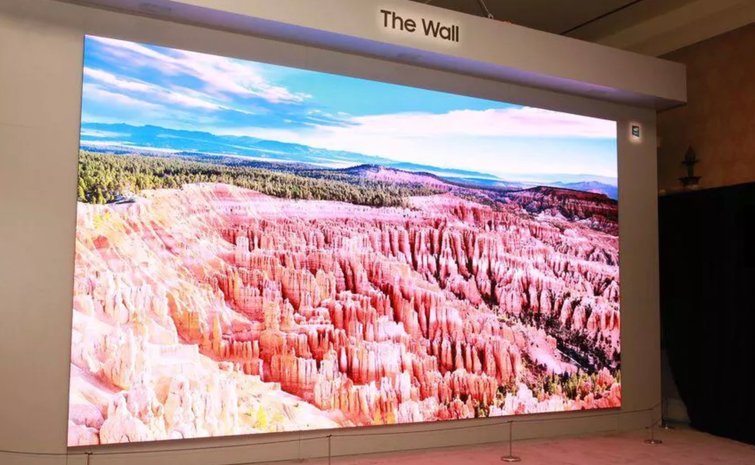 Although not available yet, Samsung’s 292 inch TV was a hit.

It makes sense for filmmakers everywhere to shoot in the highest resolution they can when looking to future-proof their intellectual property.

With such large screens, the new problem becomes where to put them. Not everyone wants to turn their living room into a home cinema, so TV manufacturers are coming up with solutions as to what to do with your TV when you’re not watching it.

There were several technologies that turn an active TV display into a passive (think early generation Kindle) LED when not in use, so it can pass for artwork hanging on the wall. With TVs getting thinner, this looks like a promising option.

LG showed off a sixty-five inch TV that “folds” down into its dock or rolls up into the ceiling when not in use. The price was $20K more than the non-folding version, but if you have a million dollar view you don’t want hidden, it may be worth the investment.

Like a lot of the tech on display, it’s hard to know what will eventually make its way into the mainstream, and what will forever be beyond our reach. 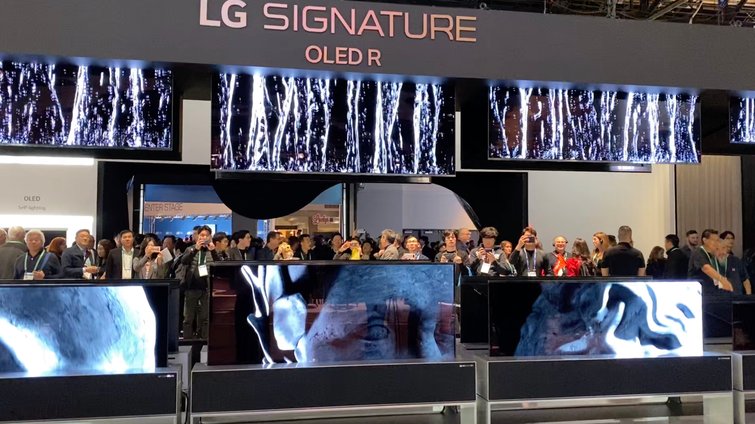 Folding the screen down into its dock, or making it into an art piece, will be a viable option for the future.

Send in the Drones

Drones were almost ubiquitous at CES, with many different companies offering new models, all looking for a way to differentiate themselves from the competition.

Aside from the 8K camera — standard in the new Evo 2 drone from AUTEL — the company also offered a thermal camera option, allowing the flyer to find anything with a heat signature, even at night.

While four rotor quadcopters have long been the most prominent type of consumer drone, fixed wing (similar to the military Predator drones) and two rotor bi-coptors were on show at CES.

China’s Zero Zero Robotics has a new drone called the V-COPTR Falcon that uses a V-configuration, similar to the Military V-22 Osprey, to fly longer distances at higher speeds on a lower charge. 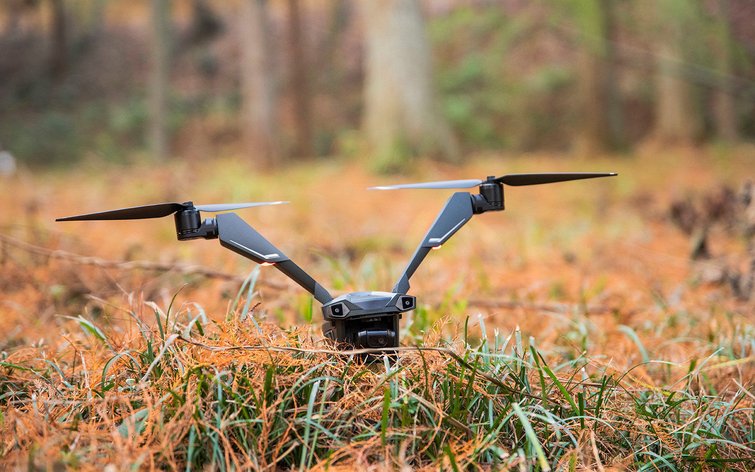 Drones are also getting smarter. Gone are the days of needing multiple operators to pull off complex fly-and-pan maneuvers. Using new object recognition technology, the DJI drones can track a person — or any other target — as they fly around them, even keeping them a set distance, or executing pre-set shots like flybys or zolly maneuvers.

Drone safety was another big feature being touted by manufacturers. DJI and AUTEL drones both have “return to base” failsafes that kick in if the drone runs low on power or loses connection with the operator. They also automatically avoid people and other obstructions.

Drones weren’t the only computer-controlled cameras on display at CES. Canon was showing off a webcam prototype featuring a tech they’re calling “Intelligent Capture,” aimed at the Twitch/streamer market, or people who don’t think they’re getting enough photos of themselves on their cell phones. The optical specifications weren’t released, but the idea is that the camera can track a human subject around a room — keeping them in frame and in focus — and when it decides it’s found a good framing, the camera snaps a picture that’s sent to your cell phone or to the cloud. 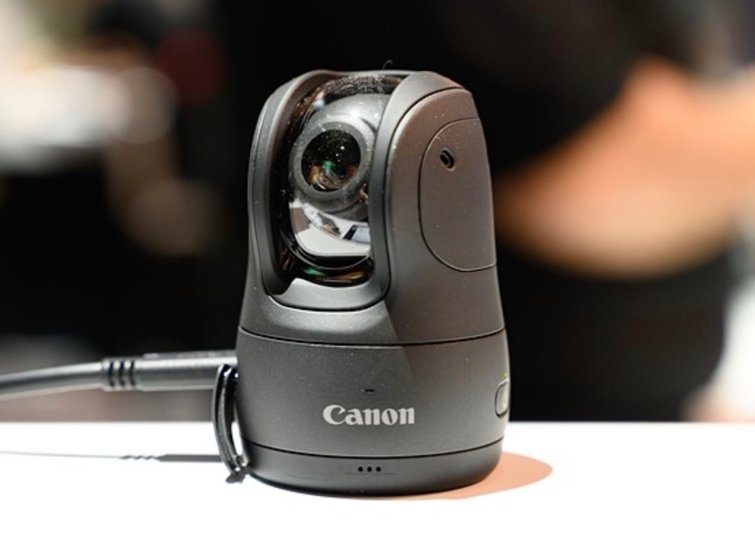 This web cam prototype follows its subject until the optimal moment arises to capture the photo.

It wasn’t clear what the applications were, or how far the technology had been developed, but Canon clearly sees their future as a technology company rather than just a supplier of larger sensors and faster glass.

DSLRs Are Back Again

Speaking of new cameras, there were plenty on display. Probably the ones that got the most coverage where new generation DSLRs — the 1DX MIII from Canon, and the D780 from Nikon. Both had a dream list of features, including RAW full frame 5K recording and $5K+ prices to match. Just as surprising is that the camera companies are still making DSLRs, given how far the technology has moved on in mirrorless, and even cell phone, cameras.

It was a good reminder that new “game changer” cameras, incorporating radical new features, are often limited in their use (when first announced) and take a long time (sometimes years) to attain a level of stability where they can be used on real shoots. It’s the small, incremental improvements to existing camera platforms, like DSLRs, that save the user time in the immediate future.

Latency-free wireless video monitoring, once the exclusive domain of companies like Teradek and Paralinx, are now becoming more accessible due to 5G tech and the use of cell phones. A company called Accsoon has a $249 unit that accepts a HDMI sigma, and transmits real-time to a iOS or Android device.

Far from resting on their laurels, Teradek has an array of 4K wireless video transmitters on the market, and two new companies — Keysight and MediaTek — demonstrated an 8K, 1Gbps system aimed at the TV industry.

The Pace of Change

If there was one thing that CES made clear is that, while filmmaking is getting cheaper, faster, and more high resolution, it’s also getting increasingly more complicated. It can feel like a full-time job just staying informed about new technologies, let alone mastering them and integrating them into your workflow.

However you feel about the new technologies of filmmaking, there’s never been a better time in history to make, share, and watch films.

Want more gear insight and industry news? Check these out.