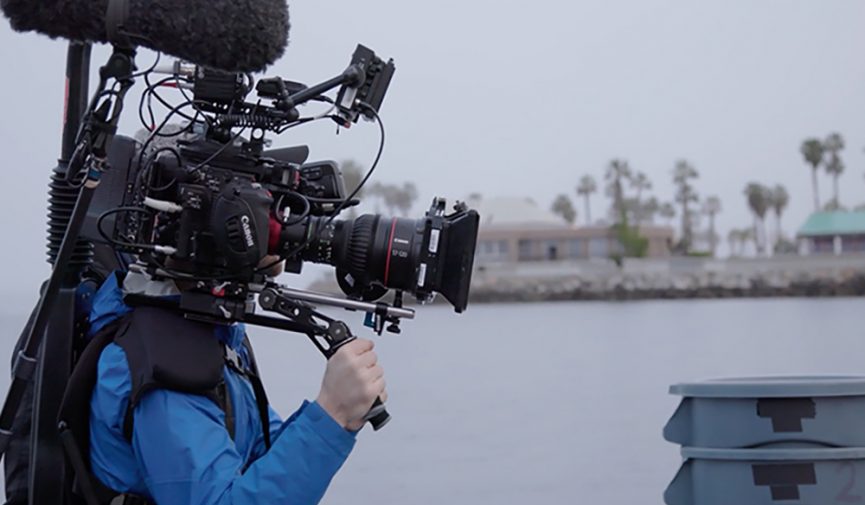 Interview: The First Filmmakers to Shoot with the Canon C200

Get insights from the director and DP behind Canon’s From Dock to Dish.

When the Canon C200 was first announced, the camera manufacturer released the short documentary, From Dock to Dish. We had the chance to interview Director Andrew Fried and Director of Photography Bryant Fisher to discuss their experience shooting and working with the Canon C200. Here’s what we learned. 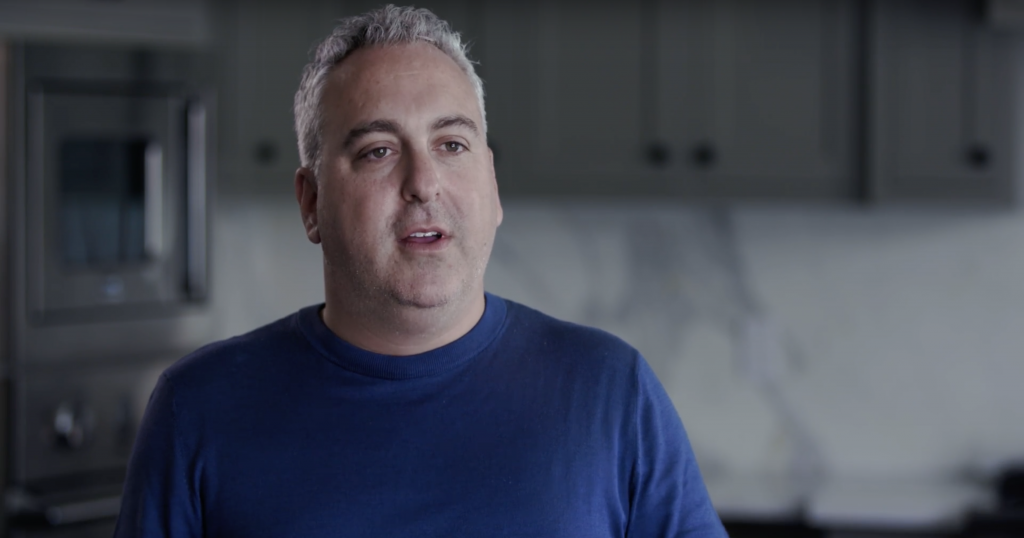 PB: Andrew Fried, From Dock to Dish is a beautiful film. Why did you gravitate toward this concept to highlight the new features of the Canon C200?

Andrew: Over the last few years, I have had the distinct privilege to spend time filming in some of the best restaurants in the world. I’ve been consumed lately with the idea that so many people come to these restaurants, enjoy such a special experience and loft such high praise about the food that they’ve eaten, but rarely look past their plate to truly consider all of the people that have played a role in bringing this food to their table. That was the seed of the idea here: to see the entire process and everyone who is truly involved from start to finish. 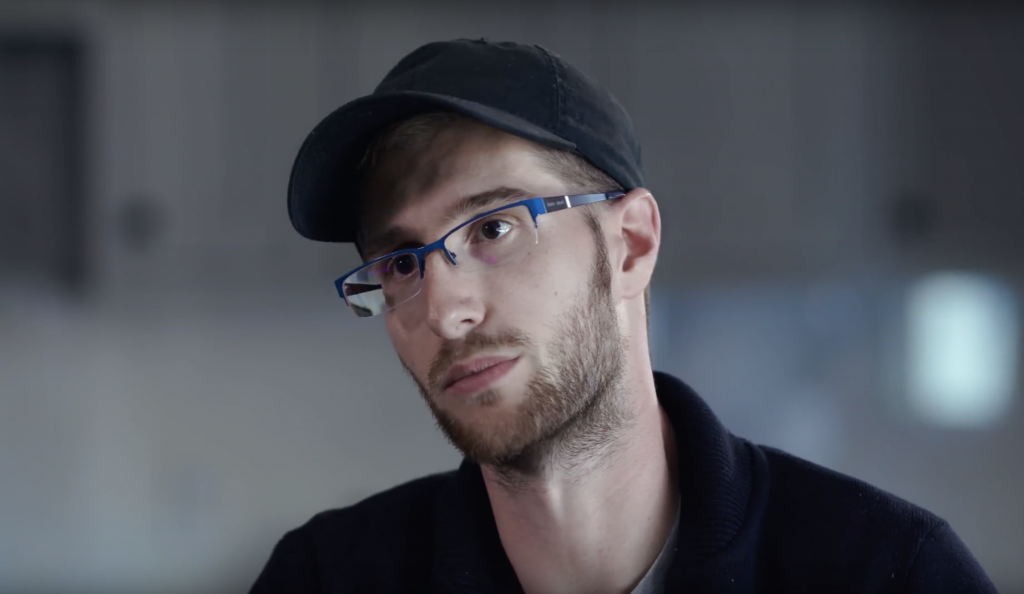 PB: Bryant Fisher, the concept behind “From Dock to Dish” features a lot of different lighting scenarios. What was it like to know you’d be testing and challenging this new camera in a variety of scenarios?

Bryant: This was an exciting challenge to me. I’ve used Canon cameras in the past and know they hold up in well in all kinds of scenarios. I wanted to see what Canon packed into this new camera to handle those kinds of scenarios even better. The C200 gave us a very rich image with hardly any help in front of the lens. It felt very consistent and natural with its color and exposure handling.

PB: The Cinema RAW Light is an exciting new feature. Why was this a valuable tool for you and for other filmmakers?

Bryant: The Cinema RAW Light format is a big step forward for Canon. I think it speaks largely to where they are putting their focus. I hope they implement this format in all of their cinema cameras down the line. You are getting a 12bit 4K image at around 1gbps data rate. Thats an enormous amount of information to capture, but they’ve managed to get it to 1/3-1/5 the size of typical RAW. This is exciting and empowering to filmmakers because for the first time, you have this format as a real option at a relatively low price point. For us, it only strengthened our film to help illustrate the colorful journey of our fish. 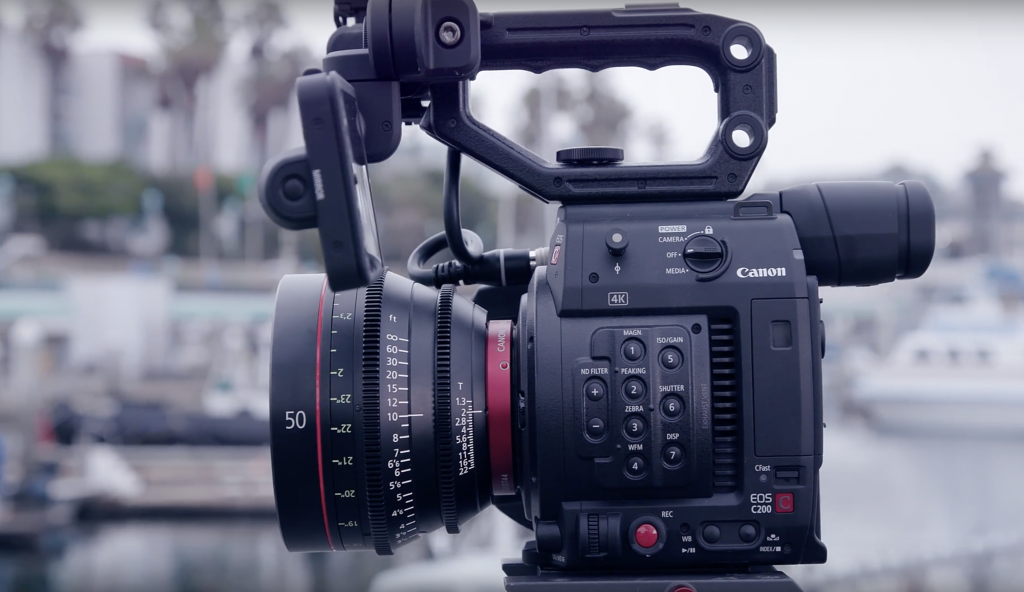 PB: How was working with the Canon ecosystem of products from the camera to the lenses and monitors?

Andrew: As a filmmaker, we each have our own set of gear that we like to bring out with us in the field. Generally, it’s pieced together from things made by different manufacturers, and often it can be a challenge for the camera team to “make it all work together.” Going out with only Canon gear actually made it a whole lot easier in the field. As much as we all hold on to the tools that we have always worked with, the Canon lenses actually do complement the Canon camera nicely, and having the Canon monitor with us out in the field was really beneficial. The pieces all do actually want to work together, which at the very least, makes the AC’s day a whole lot more efficient.

Bryant: It is exactly that. An ecosystem. Canon seems to be focusing on capturing quality in the image and its evident through the whole pipeline. The lenses work well and interact with their cameras. The images display very well on their monitors. We sent an ungraded LOG 3 image to their 2420 Reference Display, and it debayered that signal to show us a rec2020 image. It was seamless integration.

PB: 4K at 60fps is refreshing to see on this camera. How useful was this for the film and how did it perform?

Andrew: We were really happy with how the 60-frame footage looked in post. I think it held up really nicely and being able to shoot high speed at 4K is a huge benefit at this point.

Bryant: This was a very useful feature. We could easily switch right into 59.94 and then slow it down later in post. The image looks graceful and showed no signs of blocking or pattern issues. It performed quite well for us.

PB: What types of projects do you see the Canon C200 excelling at?

Bryant: The gear is only getting better. I see the C200 excelling in many different situations. You can use it on virtually anything as long as you can handle the data. They’ve kept the form factor small enough that you could throw a nice prime or even L series zoom on it and go rogue or you can build it out for a studio type configuration. The possibilities are almost endless. You can see in our BTS we had it in a few different configurations to achieve different shots, and that’s because of its small size.

Andrew: The C200 offers a really high end look and color spectrum, while maintaining a relatively small footprint.  I can see using this on a variety of projects, especially those that want to balance the flexibility of a verité approach with more high-end, commercial cinematography.

PB: Bryant, how did the C200 perform with skin tones and overall image quality?

Bryant: Canon is known for their color science. They’ve certainly kept true to that with the C200. And that is only enhanced further with the RAW Light format. Having a 12bit image to push around later gives tremendous flexibility to achieve any kind of look you may want. We were going for something very natural and clean. We got that and some with this camera. 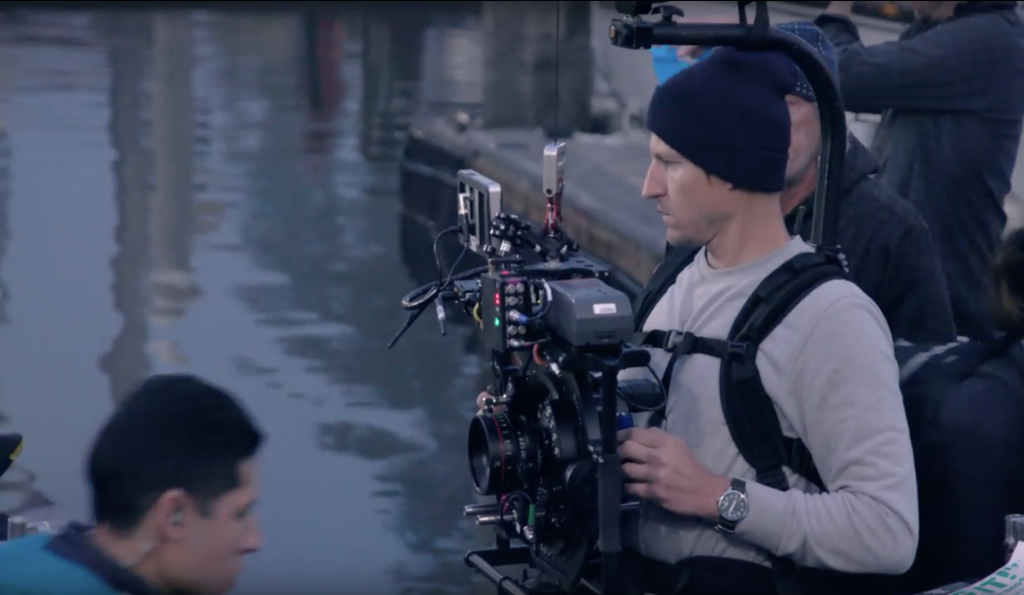 PB: Bryant, I noticed you had a lot of gimbal shots in the film. How was the process of setting up the camera with the gimbal?

Bryant: It was like setting up any other camera. The exciting thing about the C200 was its size and weight. It didn’t take very long to balance because it’s all conveniently packed into a small body. The gimbals we used had no trouble with it.

PB: What surprised you the most about working with the Canon C200?

Andrew: Honestly, my only pleasant surprise was that everything worked so well on the prototype camera.  I was so worried that we would get this un-tested camera out in the field and it just wouldn’t work.  Thankfully, I had nothing to worry about.  It all worked perfectly.

Bryant: The most surprising thing to me was the level of detail the camera captures especially with the RAW Light format. When you see the image for yourself on a proper display, it’s really stunning. It’s refreshing to see the level of color and soft sharpness (if that makes sense) this camera delivers.

How do you feel about the new C200? Let us know in the comments.