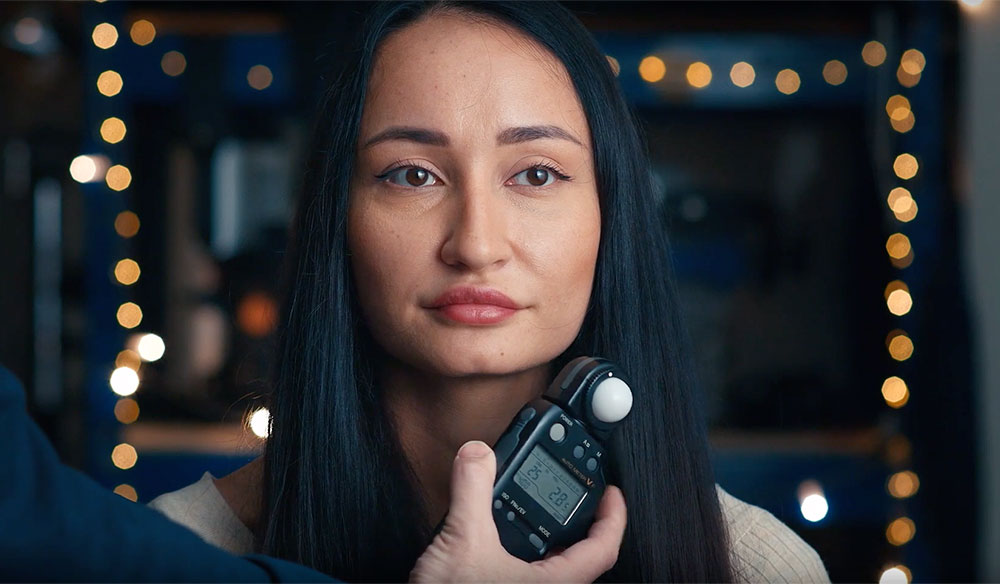 A light meter is still a powerful tool for getting a correctly exposed image. Here’s what you need to know to get started using one.

A light meter was once the default method of exposing in photography — in both stills and motion. After the advent of digital cameras, however, the light meter fell a bit out of favor, with waveforms and histograms taking its place. Which is a pity. Let’s take a look at why.

The light meter consists of a small handheld device with a semi-circular disk on top. When you press a button on the side, the display shows the amount of light striking the disk and translates that value into an f-stop, so you can correctly expose your camera. 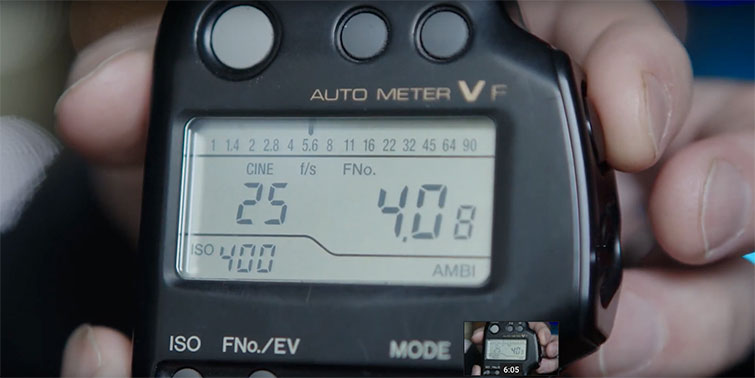 The simplicity of a light meter’s design is its strength.

The light meter has comparatively few controls. You need to set it to the same shutter speed and ISO as the camera. Apart from that, it’s a low-tech device. This simplicity is its strength, and filmmakers often use it to double-check the exposure of a scene, in case more complex methods — such as false color — have gone astray for any reason.

The Purpose of a Light Meter

Because it’s independent of the camera, the light meter allows you to check the levels of a light or a location without having to go to all the trouble of building the camera first — which can save a lot of time. It’s often helpful to bring one to a location scout to check ambient light levels, so you know how many lights you’ll need to bring on the day of shooting.

A light meter can help you get multiple measurements on a single subject.

Light meters are particularly helpful for creating desired lighting ratios. You can meter the key, fill, and background lights, and using the built-in f-stop scale, work out how many stops of difference (relative to one another) there are for the elements of the scene. This is invaluable for maintaining a consistent look from scene to scene — or even from one shot to the next.

No matter how you currently expose your cinematography, a light meter can be an inexpensive method to check your reasoning — and better ensure that your shots look as good in the grade as they do on shooting day.