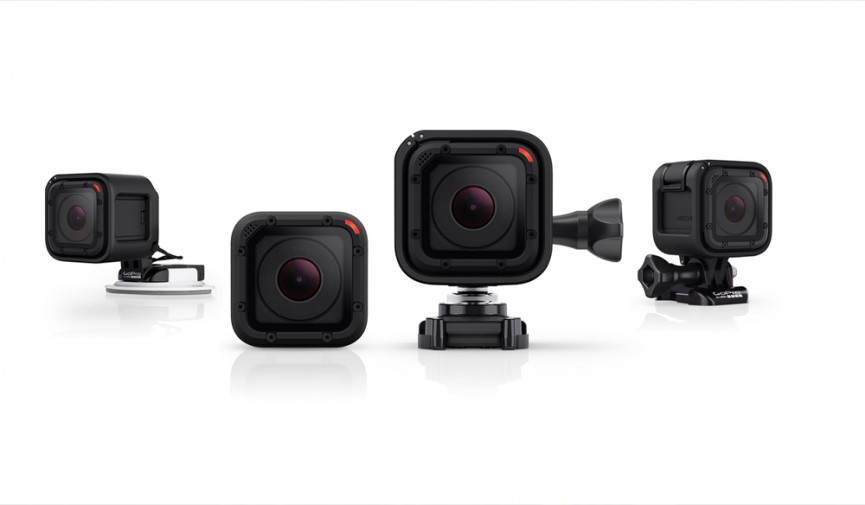 GoPro Unveils the Camera We Wanted Four Years Ago

GoPro released their original Digital HERO camera in 2006. In 2015, we finally get the smaller GoPro we’ve been waiting for. Here are the details.

After years of GoPro videos taking us to places unseen, we’ve come to the point where GoPro videos are underwhelming.

The GoPro Hero4 Session is exactly the GoPro we wanted in 2011 when the GoPro HD HERO2 was released. A smaller camera with the same punch. GoPro has (allegedly) been working on a smaller cube camera since 2011, but they have already since been passed in size by similar action cameras like the Polaroid Cube. The Cube came out last year, and, with a $99 price tag, it was aimed towards average consumers.

Starting at $399.99, the HERO4 Session offers one button control video rates at 1440p30, 1080p60 and 720p100. Still photos actually take a step back to 8MP with 10fps bursts. The current full size HERO4 offers 12MP. When purchasing the HERO4 Session, you can choose different mount options with the Standard or Surf package.

Working in the Session’s favor is the fact that it’s the first fully waterproof GoPro camera. A separate waterproof housing is no longer needed. The HERO4 Session also has two microphones. One on the front of the camera and one on the back. When filming in windy conditions, the camera will automatically switch to the mic best-suited for capturing audio.

GoPro mentioned that the Session will mount on the company’s upcoming drone, which should be coming out next year. Other drone manufactures, like DJI, have already attempted to ditch GoPro cameras in favor of their own cameras. DJI introduced their 4K camera and gimbal with the Inspire 1. GoPro certainly has come catching up to do. 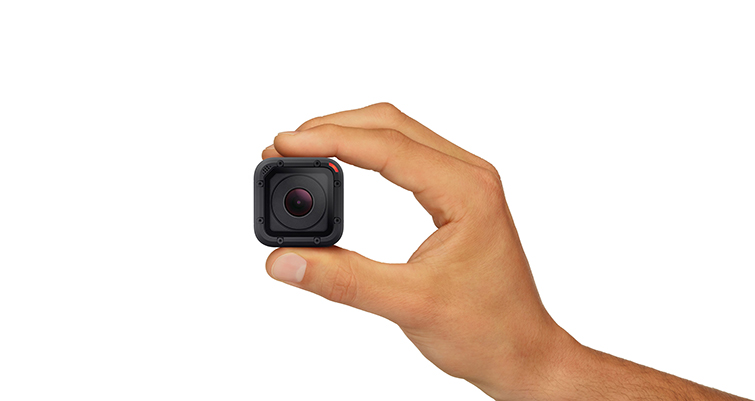 It’s easy to assume that GoPro may have been feeling pressure from partners to finally release a smaller camera. The National Hockey League partnered with GoPro in January 2015. If they truly seek their goal of referees (and someday players) wearing the cameras in game, we are still a ways off from seeing that happen.

Overall, the HERO4 Session is a much needed update to the GoPro line. The camera should help them stay atop the action camera market.

Check back here on the PremiumBeat blog for more news about filmmaking, editing, and motion graphics.

Have thoughts on the latest from GoPro? Have you moved to other compact cameras? Let us know in the comments below.