Hands on with the CTRL + Console Video Editing iPad App

Use your iPad to drive your video editing in Final Cut Pro or Premiere Pro projects!

For the uninitiated, CTRL + Console is a iPad based video editing controller that was funded on Kickstarter and made recently available for public download (see our earlier post on the app’s release here). In this post I’ll give a rundown of CTRL + Console in action for those interested in incorporating this tool into their own video editing work.

Previously when I thought of a control surface, it was for controlling an audio app. There are several audio control surfaces for iOS & Android (AC-7 & TouchDaw to name a few), but this is really the first full feature video editing controller.

I originally backed it because it seemed to have “think different” potential…but I was still skeptical that it would be functional in my day to day video editing work.  So how was CTRL + Console in action?  Let’s take a closer look.

Setup was surprisingly quick, easy and took about 5 minutes. You download the app from the iTunes Store.

The instructions are included in the iApp. Pressing “open Welcome Screen” walks you through the steps that are needed for setup. You download the desktop app that syncs with the iPad. Once it syncs you see a Green Outline around the Controller on your iPad.

I launched Premiere Pro CC on my computer and then picked the Controller I wanted. Premiere Pro immediately recognized it. 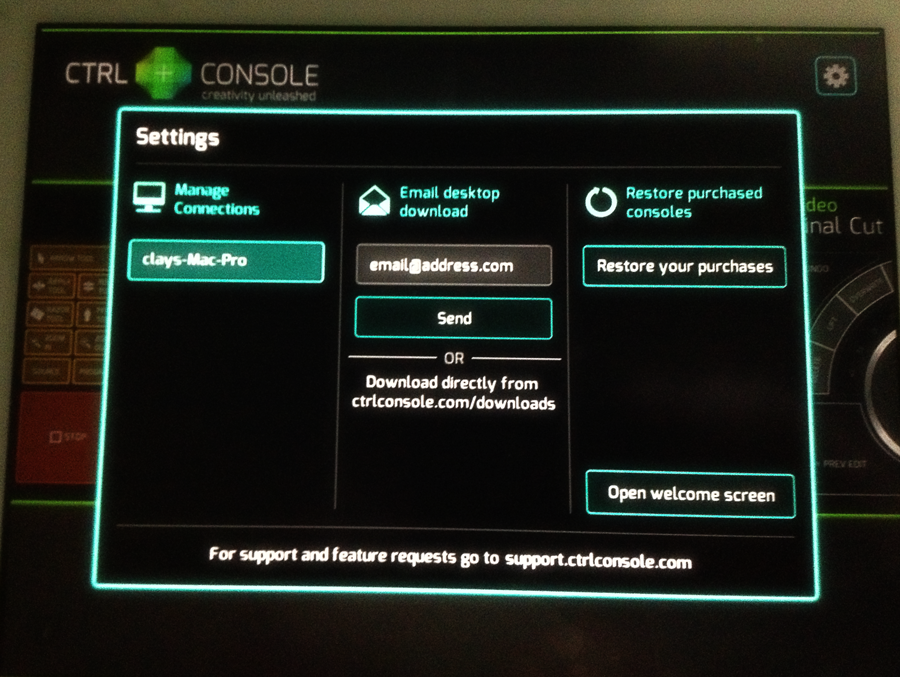 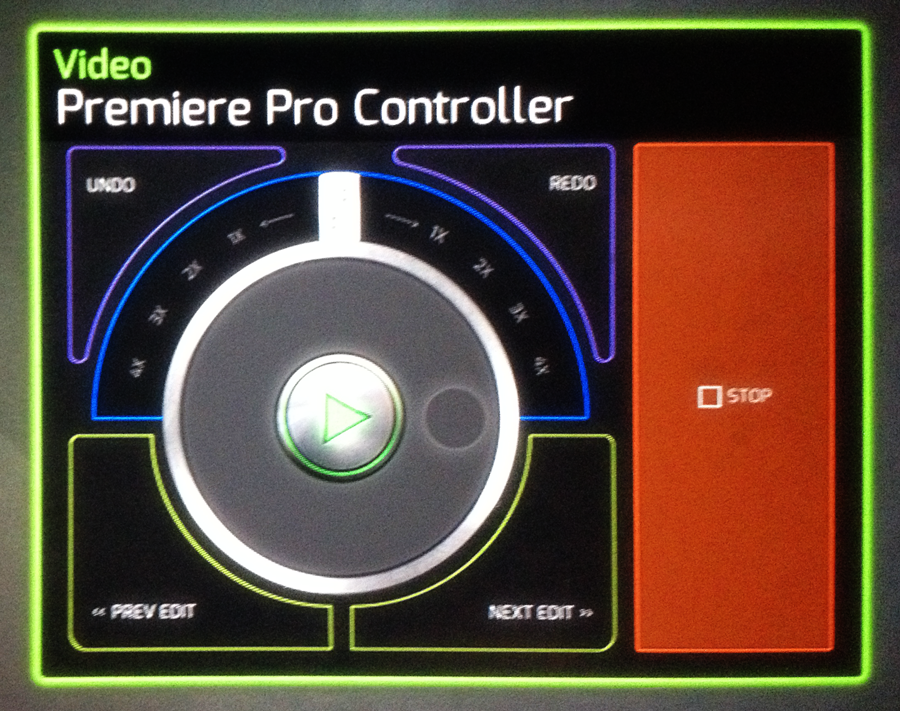 Gestures are what makes CTRL+Console worth it in my opinion.  The video editing gestures use swipes and drags similar to using multi-touch on a trackpad. You have the choice to turn gestures off, but I don’t know why you would.

There is a reference for the gestures (easy to memorize), which tells you what they are. I found using gestures to be a quick way to jog, shuttle, and move to the end/beginning of the sequence.

However, I found the ‘switch focus’ gestures less useful, as you need to do this at the bottom of the screen and I needed to look at the iPad to do this. The rest of the buttons were easy hand positions and there didn’t seem to be any latency (delay) issues.

To move to another Controller, press the CTRL+Console icon in the top left corner. You have the choice of switching controllers, or going to the “Foyer” where you can see all the available controllers (Lightroom & Mackie Audio are listed as coming soon). 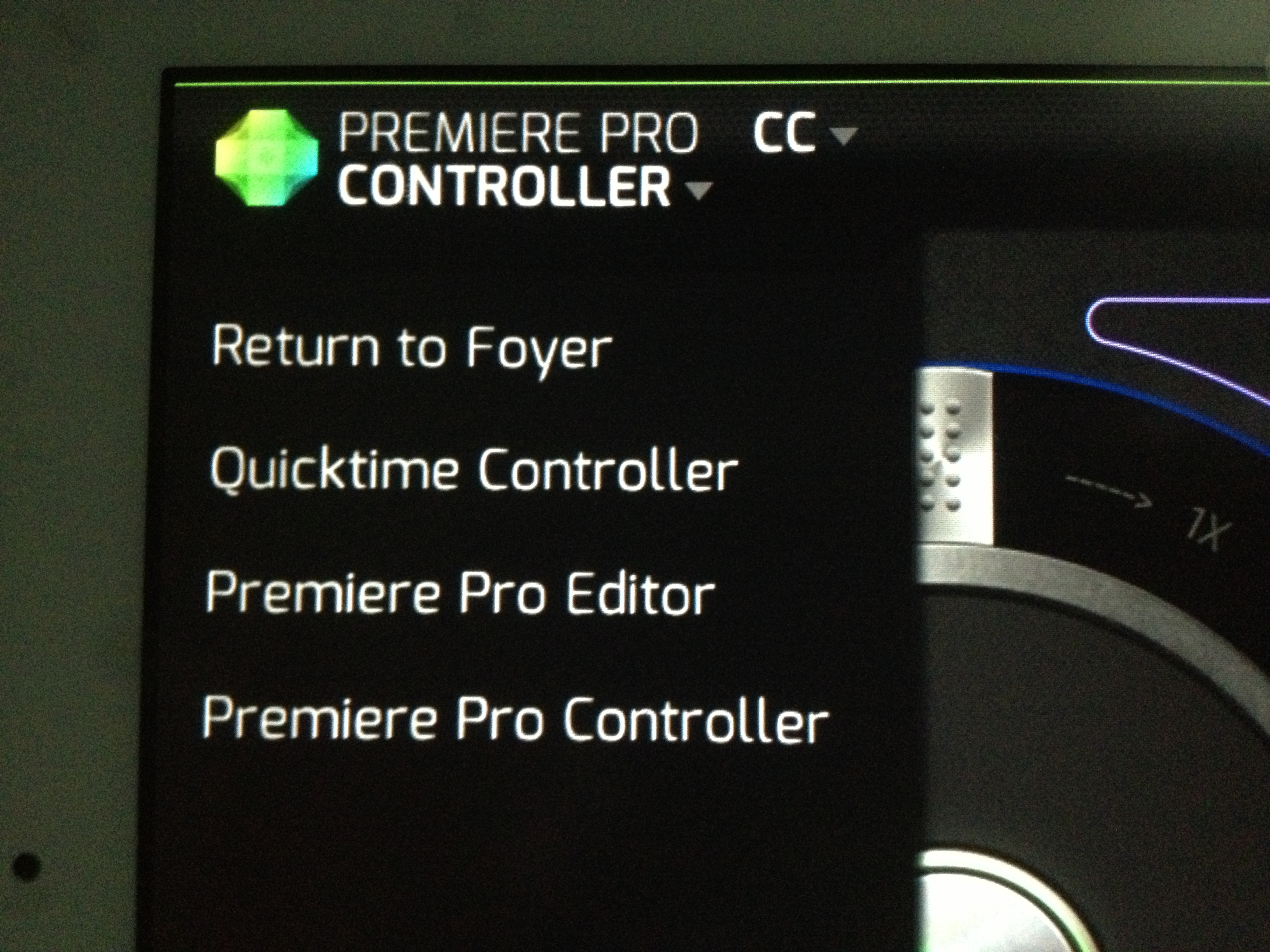 For Adobe users an additional plus is that the jog/shuttle functions work in Adobe Prelude, though the other gestures aren’t applicable. I would love to see additional support for Prelude in the future, as it is a basic cuts only workflow that would work well with a Controller in my opinion. 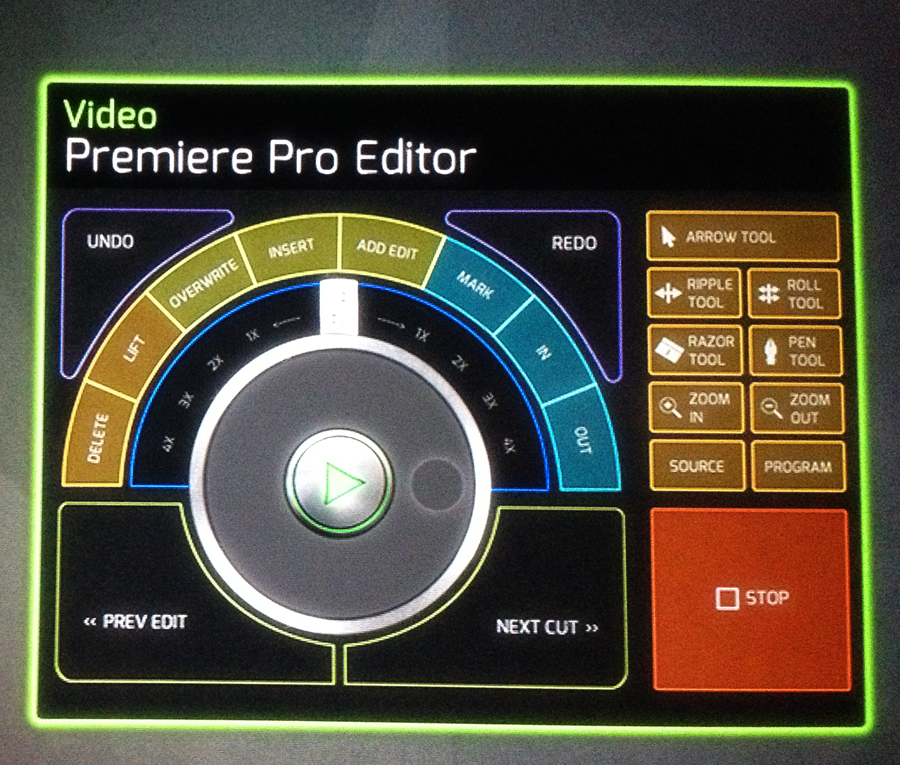 All of the gestures seem to be fairly intuitive but my guess is it would take most users a few days of use to get proficient with it. I would like a gesture to clear both in and out.

The Tools (besides the Zoom) require you to look at the iPad and press buttons, so I don’t know how often I would use them.  Again, maybe by spending more time with the app these buttons would be committed to muscle memory.

For me, CTRL+Console excels with timeline navigation and marking in and outs.  However, I think I’d still find myself using a mouse for selecting tools and more complex operations.

I’m going to try CTRL+Console next week on a real world project, and I will report my findings in the comments. Have you tried CTRL+Console? If so, please share your experiences in comments. Happy Cutting!