Exploring the History and Revival of the 4:3 Ratio

Let’s take a look at this trendy new appropriation of the classic 4:3 aspect ratio and explore whether it’s right for your projects.

Before we dive into exploring the 4:3 aspect ratio, I do want to say this at the front. There’s a reason why the majority of film and video projects don’t use 4:3. We’ll go over the history below, but suffice to say that 4:3 is less than ideal for most film and video use, as it’s rather limiting in the amount (as well as the style) of the relevant visual information.

That being said, we’re also going to explore just why so many filmmakers have chosen to re-incorporate the 4:3 ratio into their modern film projects, and why it works for them. You can debate whether you like these films or not, but the real question isn’t about these filmmakers’ decisions, it’s about your own.

So, what is the 4:3 aspect ratio? What are aspect ratios, in general? And, should you buck the norm, embrace the trend, and experiment with 4:3 in your projects?

Let’s answer all those questions and more!

What Are Aspect Ratios?

One you might not see too often these days, except for in these specific films and project types, is 4:3. And, while it might be a rare and artistic choice, it actually has a fascinating past and is an important part of film and television history.

When first introduced, the default aspect ratio for films and cinema was 1.33:1. This evolved over the years to include other technical ratios like 1.37:1 as well. But, the biggest revolution in the industry came with the advent of television in the 1940s and ’50s.

TV sets were created with the box-style 4:3 aspect ratio, which became the popular norm for several decades. (Cinemas, on the other hand, responded by going wider as a starker contrast against the box-style of 4:3 televisions.)

Still, the 4:3 aspect ratio became one of the main ways in which people across the globe viewed news, TV shows, and movies on their home television sets. However, by the 1990s, the television landscape finally began to evolve when wider TV sets were first introduced, quickly turning the 4:3 ratio into something of the past.

At this point it’s worth noting that many of the modern films we’re going to discuss that are referred to as “4:3” are often actually 1.33:1 or 1.37:1. Since we’ve moved away from these box-style formats to modern audiences used to widescreen cinemas and TVs, any of these formats (like 1:33:1) appear to us as basically 4:3, so they’re often mis-labeled as such.

Regardless though, as an artistic choice and cinematic style, many filmmakers in the past few decades have explored working in halcyon aspect ratios like 1:33 or 1:37 (or even 4:3). Some recent examples include Kelly Reichardt’s Meek’s Cutoff (2010), Wes Anderson’s The Grand Budapest Hotel (2014), Andrea Arnold’s American Honey (2016), and Robert Eggers’ The Lighthouse (2019).

You’d have to ask each of these filmmakers specifically why they chose to go with these archaic aspect ratios, but each would undoubtedly tell you that their decisions had to do with their artistic intent and vision. Some sought to associate their stories with a timeless quality harkening back to the olden days of cinema and TV. Meanwhile, others might have wanted the audience to feel a bit more confined and uncomfortable within the narrative.

Tips for Working with 4:3

Before we move on to asking the question about if you should use 4:3 in your projects, let’s quickly take a look at some tips and tricks to help you decide whether or not to try it out. As previously mentioned, the 4:3 aspect ratio (or anything close to it) is quite constraining to audiences these days.

And, while you can record video in the 4:3 aspect with some digital cameras, the majority of filmmakers who might work with 4:3 will do so in the post. To help, you can add markers in-camera, or physically to your monitor or viewfinder to help with framing.

To actually change and work with your videos’ aspect ratios in the edit, here are some awesome tutorials to assist you when working with some of the different popular NLEs:

To change your sequence settings, you can also use a ratio calculator.

Should You Use it?

Finally, the question every filmmaker and video professional reading this article should be asking themselves is not exactly how do you use 4:3, it’s whether you should be using it?

For many, the answer is more often than not going to be no. If you’re looking to record and edit video footage that’s a reflection of modern styles and formats, then the 4:3 aspect ratio will cause your footage to look cramped, condensed, and archaic.

However, if you’re a filmmaker looking to embrace this older style to help get across a certain look or artistic statement, it’s absolutely worth considering.

Just keep in mind, you’re indeed asking your audience to subvert their normal expectations as to what modern video looks and feels like. Still, it’s up to you as to how you want to present your film and video projects.

For more filmmaking advice, tips, and tricks for working with different aspect ratios, check out these articles: 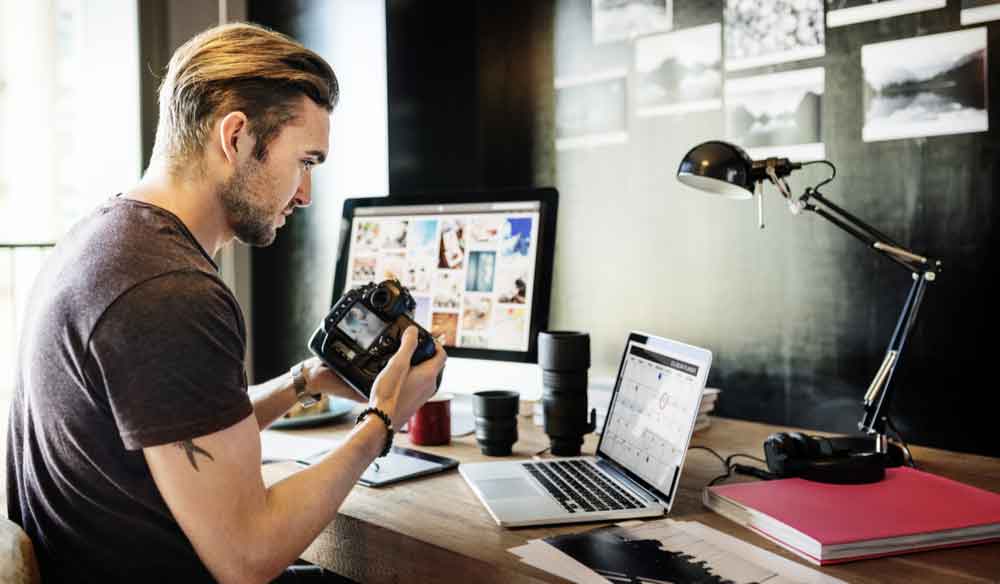