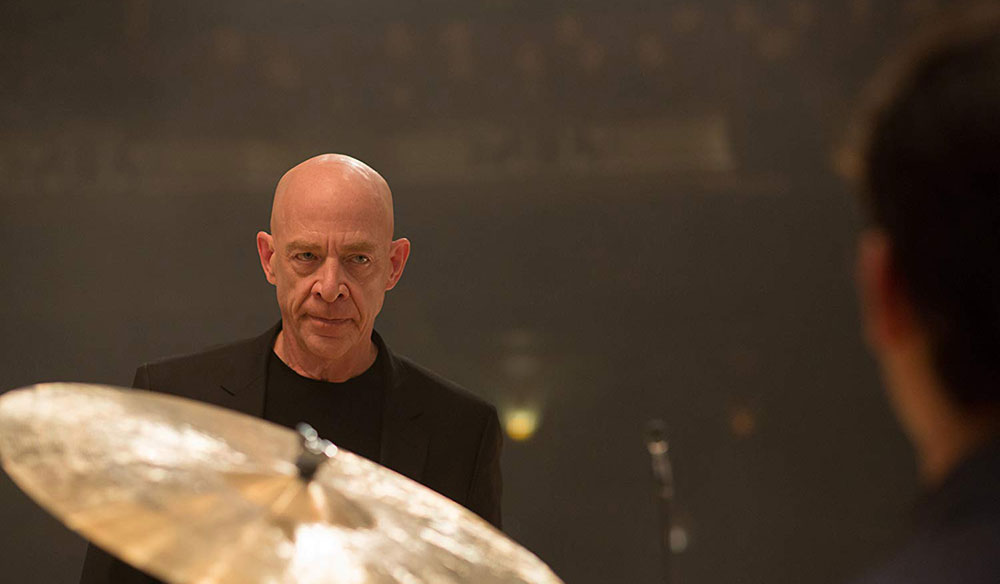 Melanie Jones has a résumé that spans genres and formats. We sat down to talk about her work and the challenges of production design for both film and television.

PremiumBeat: When you’re starting a new project, what’s your most important resource? Do you mine the screenplay, dialogue with the director, do independent period or regional research — or is it a combination of many elements?

Melanie Jones: All of the above and tons of research. I pull hundreds of images from big scope ideas down to small detail, like door knobs and light switches, for example.

PB: You’ve done several horror films — Insidious: The Last Key, Truth or Dare, and The Curse of La Llorona. Are there genre design tropes you embrace or avoid? And what creates more horror from your perspective: leaning into creepy design elements or avoiding them?

MJ: Color first. Dark or sickly colors can influence a mood. Shapes can be more or less scary. I make my choices based on the story, so each movie (scary or otherwise) will be a bit different. 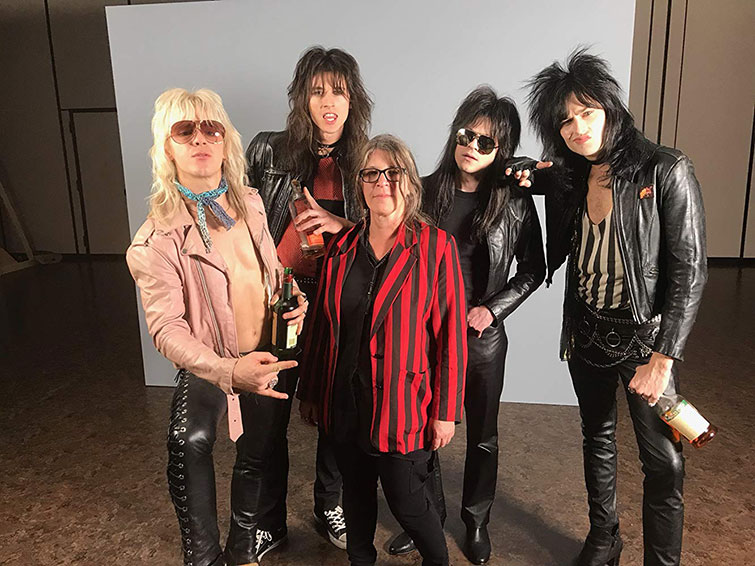 Melanie Jones with the cast of The Dirt (via IMDB).

PB: The Dirt detailed the wild ride of bad boy band Mötley Crüe. I would assume much of their ’80s landscape might be different today. What was your process in recreating the look and feel of the times they rocked?

MJ: We shot in New Orleans, not Los Angeles, so we had to recreate everything. Here’s a good example of research. I pulled so many images for this — any MC stuff I could find but also rock from the ’70s and ’80s, in general. Other bands, dressing rooms, equipment, fashion, furniture — once we had the research, we found or built places to look like those periods. We built the Whiskey A Go Go facade over another corner building in New Orleans. We built their apartment on stage. Totally redecorated the inside of the bus. Built the airplane on stage. And so on.

The Curse of La Llorona.

PB: Whiplash was such a critical success. It was Damian Chazelle’s first feature. The budget had to have been modest. What challenges did you face working on the picture, and did you have any an idea it would be so successful?

MJ: I knew it was a special script, and working with Damien, you got a sense that he was an unusual talent but you never really know what will happen. The budget was tiny, so I suggested we try and stay in one place, or move as little as possible. I asked the location department to find a building that felt like Midtown Manhattan. We shot in Los Angeles, and we picked the Palace Theater. We did at least half the film there. I built Fletcher’s band studio on the actual stage — we used the foyer, the 6th floor loft, an office on the 3rd floor, the basement, etc. 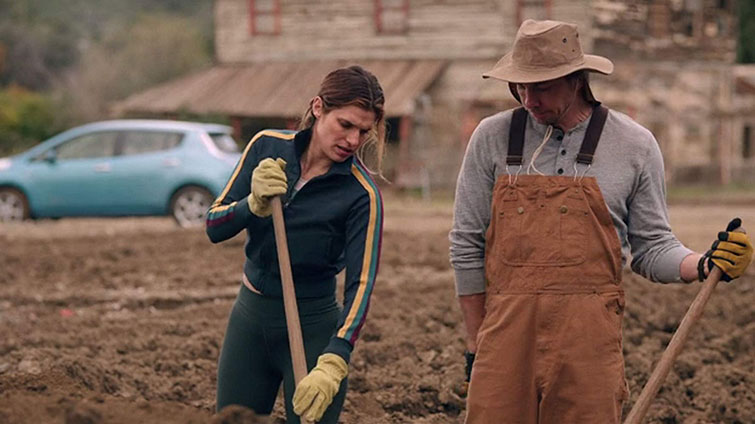 PB: You’ve worked consistently between TV (most recently ABC’s Bless This Mess) and feature films. How is the role of the production designer different based on the medium?

MJ: With TV, there is much less prep time — a week per episode, once you’ve got the permanent sets built. So you’re busy all the time, if it’s an active show. I don’t limit my creative process, but I know with TV, the scope may not be as big, so we keep things succinct. With film, there is a lot more prep time and you tend to see more. There is more volume though. For instance, The Dirt had 86 sets shot in 35 days. So film can get crazy, too. It’s a crazy job really, either way. 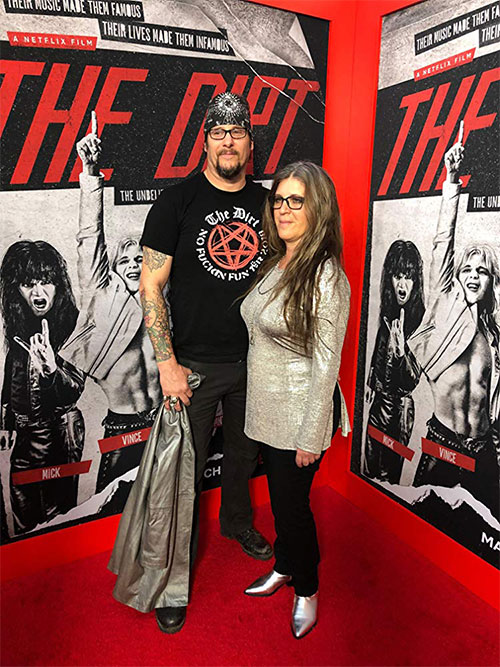 Melanie Jones at The Dirt Premiere (via IMDB).

PB: Your resumé is wildly diverse — horror, comedy, drama, biography. Do you have a favorite genre playground?

MJ: I like them all. I want to do them all, and I don’t want to be typecast. I come from theater (originally), and in my experience, there is less of an issue about genre. It’s just all theater. I watch all different types of movies and enjoy them equally. I am about the story — 100%. The aesthetic is a product of that, then you push it one direction or another, to help set a mood. I enjoy the challenge of creating sets I haven’t done before, so crossing genre is a good way to keep experiencing new things.