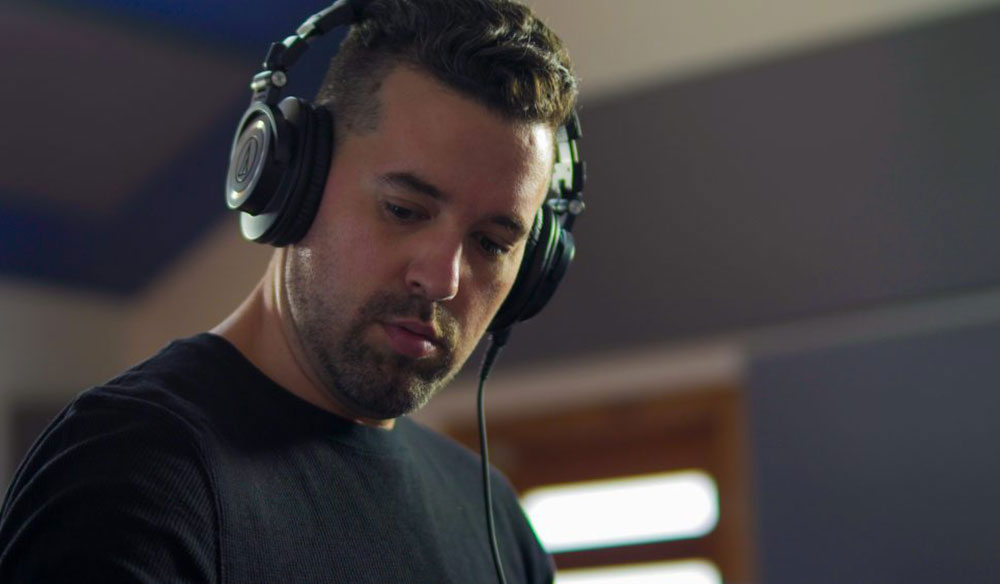 The Universal Language of Music: Interview with Composer Jacob Yoffee

Composer Jacob Yoffee grew up traveling the globe, but it’s the universal language of music that keeps him grounded and connected.

Premium Beat explored his process from the pulse of the Japanese anime, Ingress: The Animation, to the gritty realism of Free Meek, to get the low down on his creative approach. 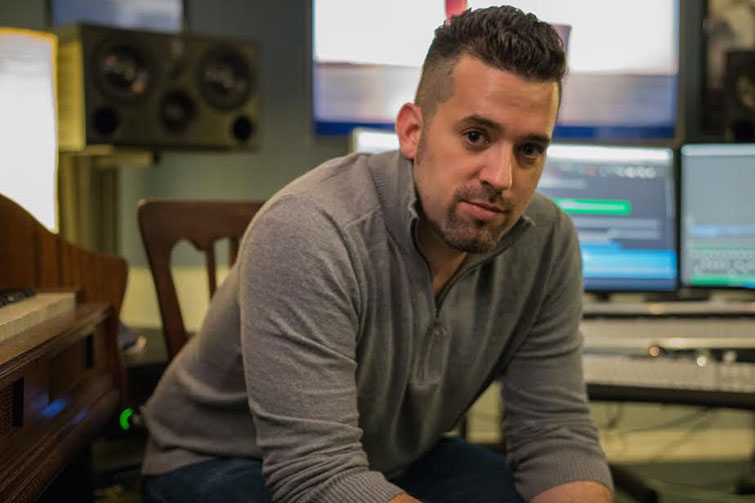 PremiumBeat: Your father was a US Marine and growing up, you moved practically every two years. How do you think your nomadic childhood influenced you creatively?

Jacob Yoffee: Military brats (as we call ourselves) usually fall into two categories: those who hated moving all the time and those who embraced the ever-changing world of friends, schools, and cities. When I was young, I was definitely in the former category but grew to love the constant change, over time.

There are lots of things you learn from that but I’d say the one aspect that informed my creativity was the development of an independent spirit. With no friend group — or a constant environment to call home — you quickly learn to stand on your own two feet and face your fears. As a creative artist, this has been helpful, in that I’ve never been afraid to handle things on my own — whether it be taking responsibility for larger and larger projects, or identifying weaknesses and owning up to them. 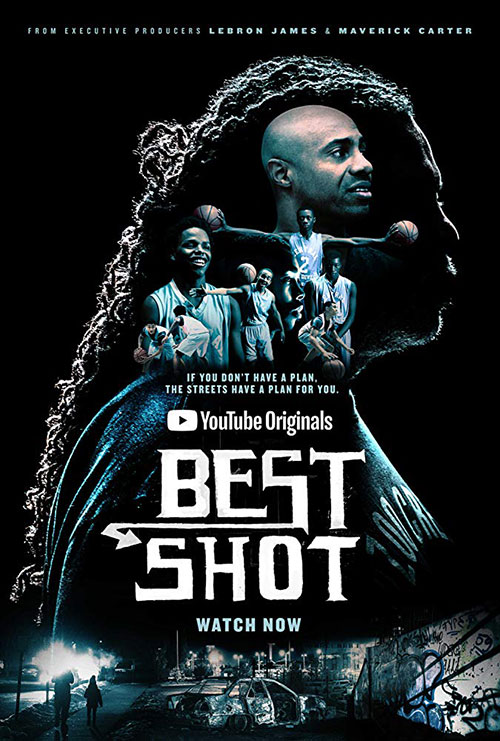 PB: In the LeBron James’ Best Shot series, music was so central that Warner Brothers released the soundtrack on its record label. How did you approach the emotion of the music to match the narrative of the show?

JY: Best Shot was the first scoring job that I worked with Roahn Hylton and it was the most collaborative project I’d ever done — and one of the most satisfying, artistically. It all started with a conference call. Michael John Warren, the director, pointed to films like Trouble Man and its soundtrack by Marvin Gaye, Wayne Shorter’s amazing music, and the world of jazz and hip-hop.

It was an incredible starting point and an unusual sound for film music. Since I’d made a living as a jazz musician for close to a decade, this was an opportunity to call on old musician friends and colleagues (something I’d been wanting to do for YEARS).

At first, we wrote completely away from the picture, and created completely based on conversations we’d had with Michael. Then, once we started getting footage, we built themes for many of the kids on the show and worked with the editors to find a balance between the song form music and our instrumental score.

Emotionally, we were allowed to go deep because the moments captured on film just hit you right in the heart. We had to match that beat-for-beat. Some of what was captured is just heart-wrenching and it demanded strong music. If you watch the show, you’ll hear how often we incorporate the sound of the human voice — sometimes with lyrics but often it’s just melismatic writing. Both Scotty Grand and Mereba (our vocalists) brought some amazing intensity to the music! 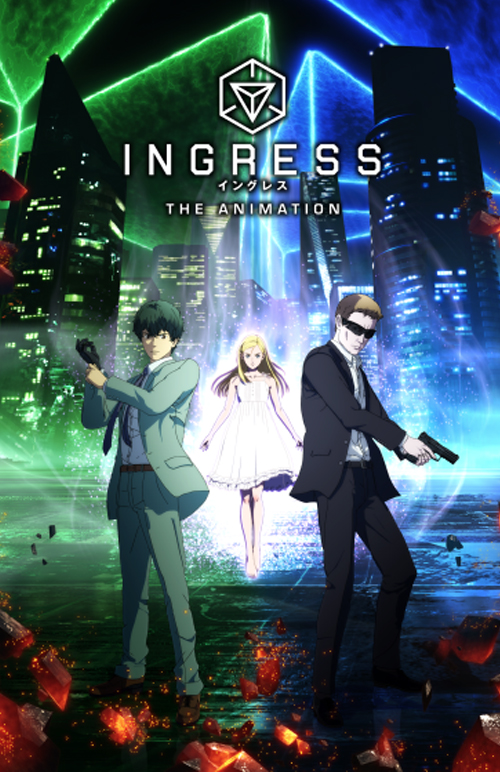 PB: You’ve spent time living in Japan, so I assume that aspects of the culture are not foreign to you. When tasked with introducing global audiences to the Japanese series, Ingress: The Animation, how did you reinvent the score, yet stay true to the tone and tenor of the original work?

JY: As luck would have it, they hadn’t recorded the English dialogue yet. So, the entire time the music was being created, it was all in Japanese. We had subtitles, of course, but it was wonderful to respond to the actors’ voices, pacing, and energy in its original Japanese.
But there are lots of scenes that took place on streets, stores, buildings that seemed totally familiar to me from living in Japan. That was really cool to see and brought me back to my high school years in Okinawa.

Living in Japan, the strongest feeling I remember is a profound sense of honor. In general, the people there always seemed to have such respect for everything they did, and put sincere effort and craftsmanship into all aspects of their lives. A great thing I tried to remember, not only for Ingress, but also for life in general, right? 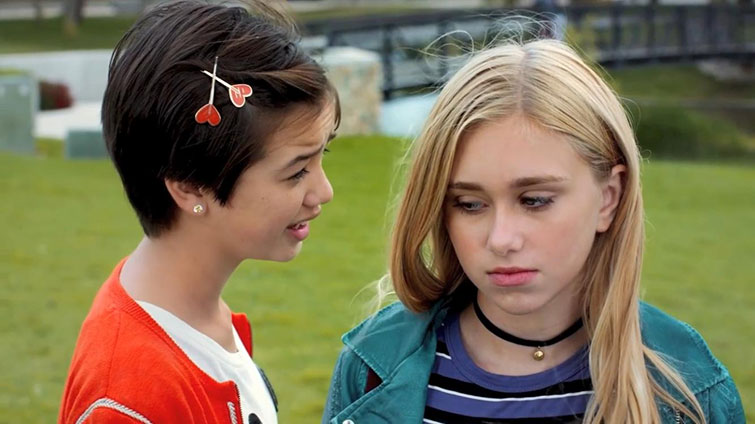 PB: Your resume is all over the map — from gritty basketball reality series to Japanese animation to the Disney Channel hit series, Andi Mack. Any unique challenges musically when composing for a young demographic or for the Disney brand?

JY: Andi Mack has been one of the most enjoyable experiences of my life. The people that I’ve worked with have been incredible collaborators and artistic partners. After almost 60 episodes, I can say that the biggest difference between composing for that demographic, and potentially the Disney brand in general, is the energy and pacing. It’s much faster and is always infused with a sense of fun and genuine emotion. You don’t often have long stretches of time to build to a climax – it’s got to get to the point quickly and it has to feel genuine. Also, the production of the music is closer to the pop side of things, so it’s been a lot of fun to get creative with the mixture of pop music and traditional underscore. 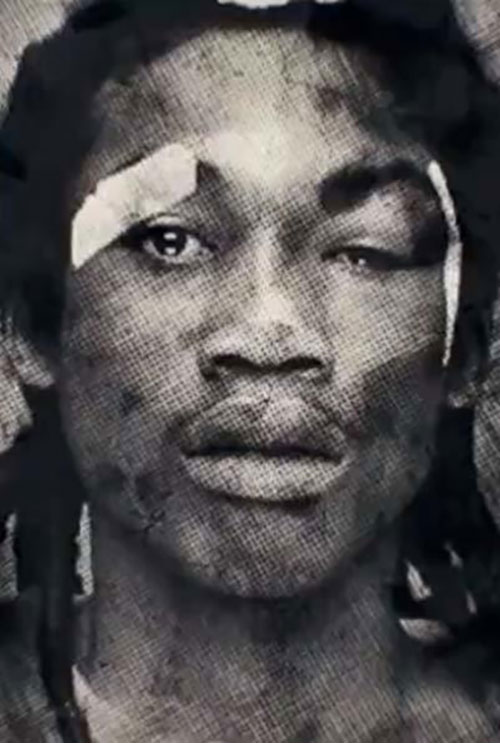 PB: Currently, you are working on the Amazon Prime docu-series, Free Meek, chronicling the life of Philadelphia based rap artist, Meek Mill. How much did the subject’s music influence your work?

JY: Meek’s music is always running at a very high energy level. Even when it’s not “epic,” there is an intensity that runs through all of his work, bubbling under the surface. When Roahn Hylton and I first started writing for the show, we constantly talked about taking any thematic ideas and presenting them with urgency and trauma. Anyone who knows Meek’s story knows how rough it’s been for him, and those in the same situation. What’s amazing, though, is that through it all, Meek has a seemingly unbreakable spirit. His family and friends have fought alongside him the whole way and it’s created an entire movement.

My scoring partner on the show, Roahn Hylton, had co-scored Best Shot with me, so this was another project together.  We worked with singers and musicians to build pieces that not only demonstrate the melancholy of his story but also the rebelliousness and hope for justice. It’s been an emotional journey working on the show and I can’t wait for people to check it out. I feel like it’s an important piece of our nation’s story, and Meek’s situation should get the attention it deserves.

Want more insight from industry pros? Check out these interviews: