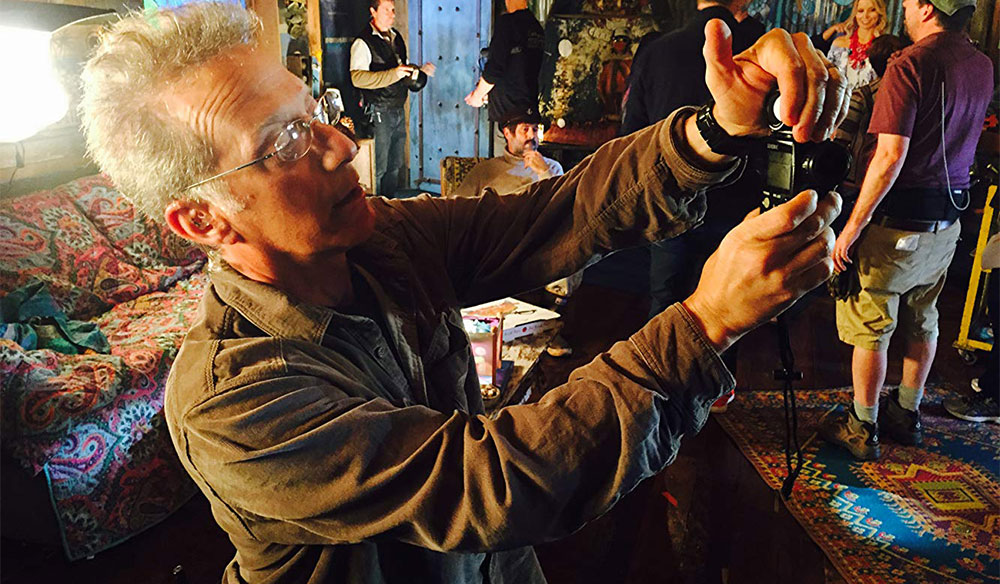 PremiumBeat stepped behind the lens with cinematographer Michael Franks to discuss his insight on technology, and how to create the cinematic look.

Whether it’s lighting mountain ranges, live sketch comedy, or Disney favorites, Michael Franks approaches each project with a fresh mind and an eye for story. 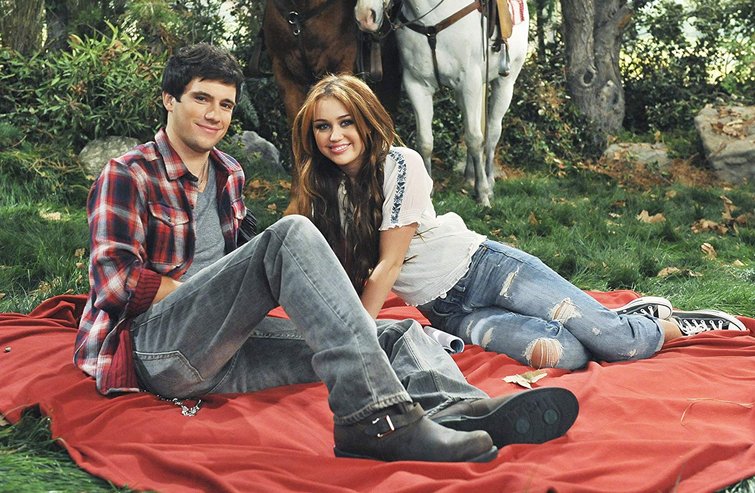 PremiumBeat: Michael, you’ve worked on some of the most iconic Disney shows, including Jessie, Hannah Montana, and That’s So Raven. Is there a Disney “look,” or have you found each show was approached differently?

Michael Franks: I have worked on a variety of projects for Disney, Nickelodeon, Amazon, and other networks. I enjoy approaching each project with an open mind, discovering what the needs of the show are, and how we might best serve them. Each show presents unique opportunities for me to create a specific look for that project. The costumes, production design, in addition to the lighting approach, and camera and lens choices all affect the final look of the show. It’s a collaboration, and we discover together what the look will be.

MF: The X Games I got to work on from the 1st Winter Games in Big Bear, and then the 2nd Summer Games in San Diego — starting in 1997. My involvement grew over the years. It started with creating the look for the host areas that were quite extensive in the early X Games, and then my work grew from there.

One of the largest undertakings was when I suggested we light the backgrounds for the night coverage for the Winter X Games in Aspen. There was no inherent night lighting for Aspen mountain. So, with my team, we devised a comprehensive plan to light the mountain, the tree lines, and put color behind the on-camera talent. Much of the background just showed up as black on camera, previously.

This proved to be more challenging than we thought! Trees that looked twenty-feet tall in our survey photos turned out to be 300-feet tall, and lighting the backgrounds meant dragging cable, lights, and other equipment — with snowmobiles — for thousands of feet! In the end, it was worth it though. The producers were happy, and we continued to do that for a few years at the Aspen Winter X Games. 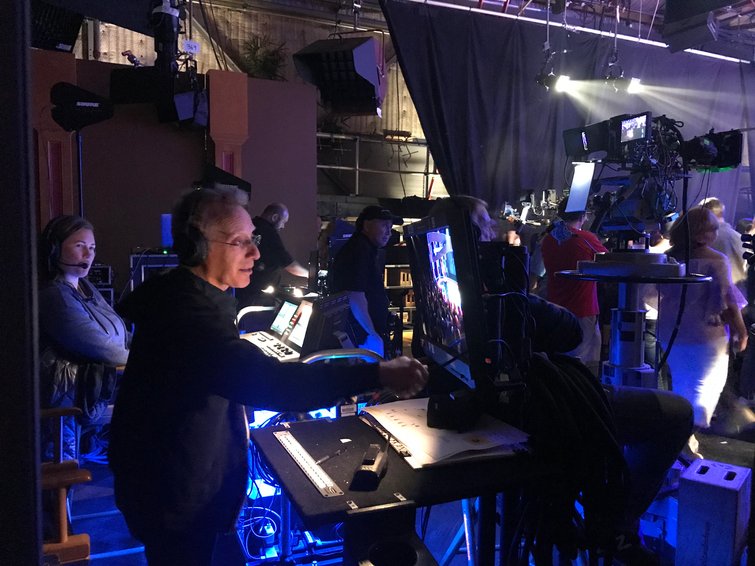 Michael Franks. All That (Nickelodeon Network).

PB: As cinematographer of Nickelodeon’s All That, what challenges do you face in filming fast-paced, high-standard sketch comedy?

MF: My time on SNL really served me well with the reboot of All That. With All That, one of the things we must be is flexible, spontaneous, fast, and good! I think that’s one of the things I find most appealing (as I did with SNL) is working under a very tight schedule. It pushes our creativity to come up with ideas and solutions we might not think of otherwise. On a weekly basis, we are lighting sometimes eight to ten new sets (we counted over seventy-two sets we lit over a ten-week schedule). Some sets are set up overnight Thursday, and we light and shoot them on Friday. It’s an intense schedule, but I find it appealing. I couldn’t do it without a great crew, which I feel lucky to have. These women and men . . . I get to work with each week, are absolutely fantastic.

One of the other challenges is to give the show a high-quality look, given the time frame. I was asked to give the show an “upgraded” look. We work very hard to give each sketch a look and feel that’s specific for the sketch, and we resist lighting the show in a formulaic manner. Sometimes, as with the movie A Silent Place, which was a spoof of the movie A Quiet Place, we got to do a very specific and dramatic look. I was asked by the director, Jonathan Judge (who I enjoy collaborating with), to create a single-camera look, and he had planned very specific camera angles that we could light to. This was a lot of fun to create something unusual, while working within the time constraints of having actors that are minors in a multi-camera schedule.

We use a lot of the new technology that’s available to us now, which helps us with the process of being nimble, while creating the extremely varied looks we are asked to create. We utilize the latest automated lights for our music segments and wireless LEDs, as well as conventional equipment for our sketches. It’s a great time to be working — the technology in both camera and lighting has come such a long way. We have the tools now to create bold, interesting looks that were much more difficult and time-consuming to create in the past. 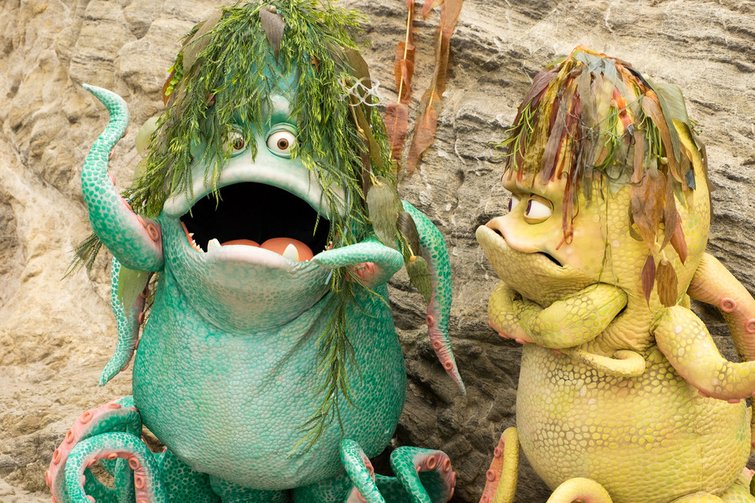 PB: Amazon’s Sigmund and the Sea Monsters is a re-imaging of the 1973 original children’s hit show. Were you mindful of the look of the original, or were the storytellers interested in an updated, modern feel?

MF: For Sigmund and the Sea Monsters, I was asked to create a wholly different look than that of the original. Amazon set the bar high, and I was asked to create a “feature-quality look” that was much more cinematic than what was done originally. I, again, got to collaborate with Jonathan Judge to create the new look for the current version. We shot the show single-camera on the ARRI ALEXA, and created sets on location for the pilot and onstage for the series.

We were conscious to create a look that was current, as well as paying homage to the original. We wanted the environment to feel like we’re in a real place, where these sea monsters then inhabit. We were thrilled that Amazon liked what we did in the pilot, and then picked up six more episodes. It was a lot of fun to shoot this series. 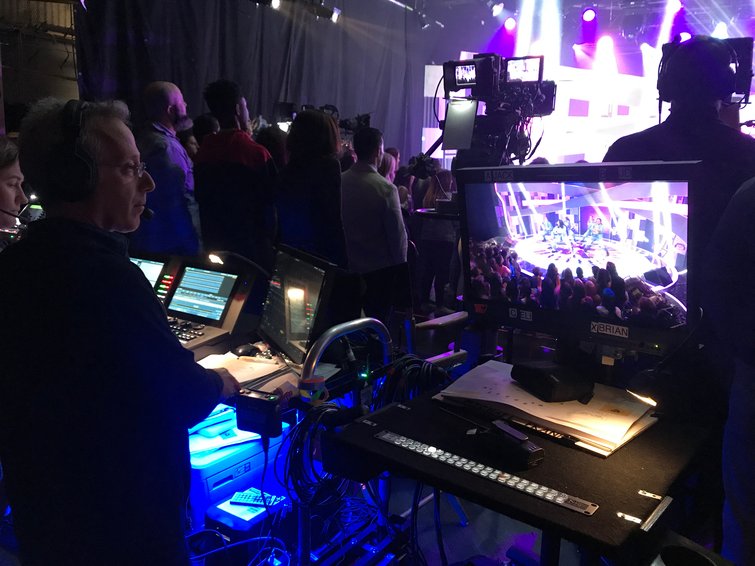 Michael Franks. All That (Nickelodeon Network).

PB: Any general or specific advice you’d give a young cinematographer when navigating the work or the business?

MF: Never stop learning, and be kind. Technology continues to advance, and it’s important for the cinematographer to know what tools are available to them, but the aesthetic is what’s important. The technology is there for us to utilize to create the vision.

I also think it’s important to be kind and help each other grow and move forward. It’s a unique business because it’s a craft that I feel needs to be learned and shared. But, it can be a cutthroat business too, and we can easily lose the human kindness in that. I like what Steve Jobs said, “Stay hungry, stay foolish.” Don’t lose sight of why you want to do this work!