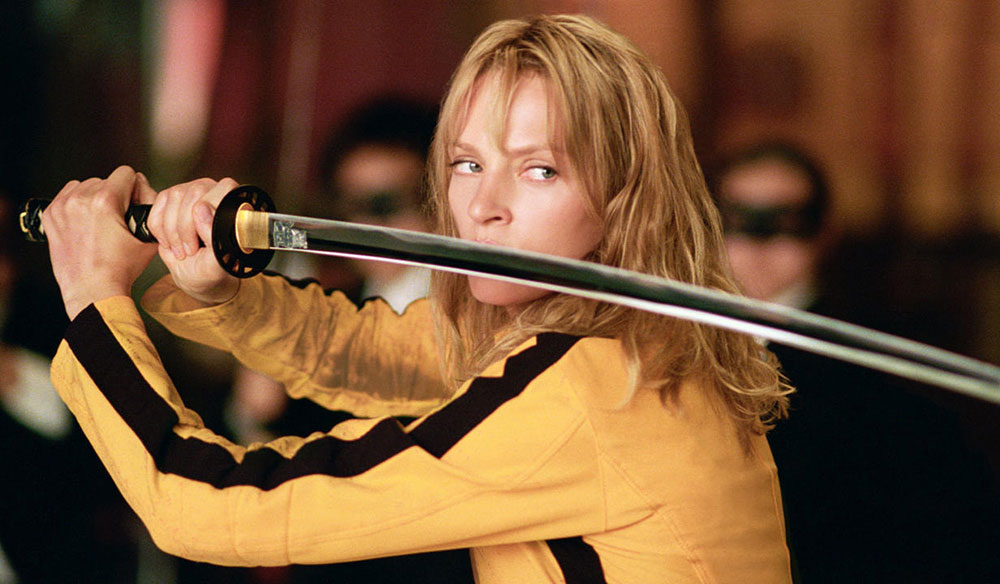 Robert Richardson’s eye for the unusual showcases extreme framings and non-realistic lighting. Let’s take a look at his signature style.

With his long collaboration with some of Hollywood’s biggest directors, Robert Richardson has won three Oscars and lit several of the classic films in Hollywood. His long relationship with Quentin Tarantino includes the Kill Bill movies, Hateful Eight, as well as the recent Once Upon a Time . . . in Hollywood. He won an Oscar for his captivating portrait of childhood wonder in Martin Scorsese’s Hugo. 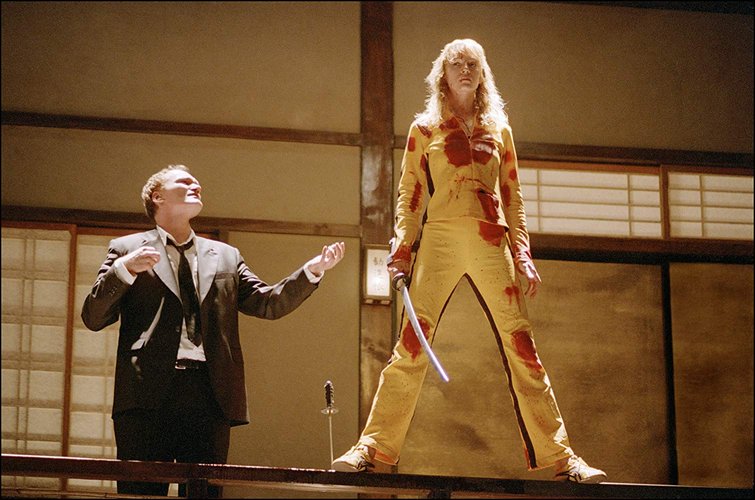 The backlight in this frame illustrates the “halo” effect in this shot. (Image via Miramax.)

One of his signature styles is to use a blinding, sun-like backlight as a single-source lighting setup, bounced back into the subject’s face with a white card or a prop (like a table). This technique chisels the subject out from the background, giving an impressive “halo” effect.

This iconic lighting is most famously seen in iconic shots of Uma Thurman in Kill Bill: Vol. 1. Uma’s character “The Bride” stands atop a table, her blonde hair so bright it’s clipping her face, lit by the reflection of the blinding backlight. 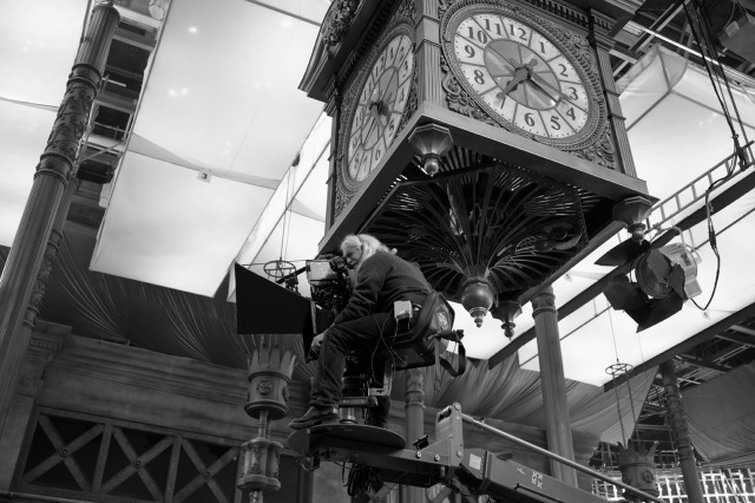 Richardson uses a spotlight in order to create the illusion of moonlight. (Image via Paramount Pictures.)

Richardson stated in his American Cinematographer interview that he combines powerful Pars and Maxi Brutes with Tiffen lens filters to get the bloomed highlights. He uses bounce cards in wider shots, as well as props like tables (and even other characters’ wardrobes) to bounce the spill from the backlight back onto the talent. With a room that you can pre-rig with a dozen such lights — like the set in Hateful Eight — lighting each shot is just a matter of choosing which lights to dim and where to place the appropriate bounce objects.

He used the same technique in a much different way in Hugo. With a wide-angle lens placed low on the floor, there were fewer ways to motivate the light, so Richardson didn’t worry about it. He pointed a spotlight through a skylight and let it play as moonlight. Because he works with directors whose films are heavily stylized, he doesn’t limit himself by what looks “natural” or “practically lit.” He does what he needs to get a beautiful frame and asks for the audience to suspend its disbelief.

Hateful Eight and Django Unchained are great examples of the flexibility of Richardson’s lighting. The powerful backlight mixed with bounced fill gets under the wide-brimmed cowboy hats of the main characters, while the uplighting adds an element of uncanniness.

Richardson often uses a tungsten-balanced Kodak film stock, using color contrast to add further dimension to his frames. Cold, daylight-balanced exterior light works as a rim light for a character, while a warm, tungsten-balanced light will bounce from the floor or tables to illuminate the characters. Because the subject’s face isn’t overly bright, the color and rim light serve to isolate the subject, allowing the actor more freedom to move around without worrying about moving out of their key light.

Always in demand, Robert Richardson is set to bring his signature style to the new Venom film, directed by Andy Serkis, in 2020.