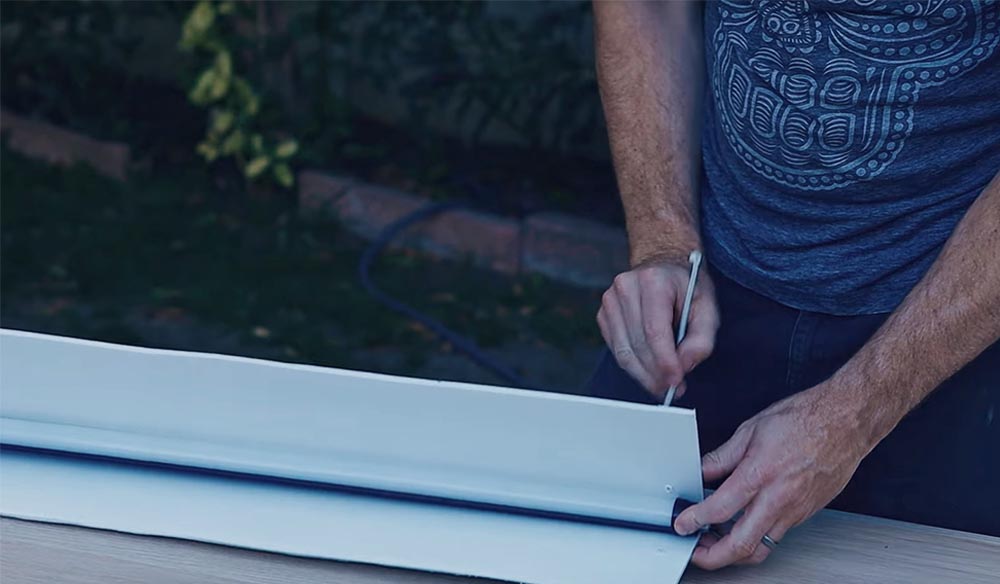 Make Your Own Light Control for Quasar-Style Tube Lights

In this tutorial, we’ll go over how to build an inexpensive — and relatively simple — quasar-style light control using foam core.

Tube lights are probably the fastest growing type of fixture on film sets, both big and small. They’re cheap, versatile, and you can rig them almost anywhere. They come in slim, no-nonsense versions like the $75 Quasar Daylight T8s, all the way up to the app-controlled RGB Digital Sputnik Voyagers.

One thing that most tube-style lights share is built-in diffusion, which scatters the light from the line of LEDs over a wide area. Without this, the individual LEDs would be too harsh and specular. One downside of this design is that it makes the lights hard to control, illuminating your subject and whatever else is in the general direction.

Light control cases — known as egg crates or grids — are available, but they can be expensive. The industry-standard DOP choice unit for a four-inch tube light is over $200. It does a good job controlling spill, letting you get the light where you want it, but spending more than the light on a controlled system is not always possible, especially if you have multiple lights or banks of tubes to control.

One method I’ve found incredibly helpful is making your own light control with foam core. This isn’t as reusable as the pro version, but it’s much cheaper, and you can build and customize them to the light rig you’re working with. In this sense, it’s more like a strip of diffusion or gel than a piece of grip equipment.

To begin, get a piece of foam core the length of your light. You can use white if you want a little extra output, or black if you really want to cut back on the spill. If you’re rigging the light from a stand, you’ll want to take into account any other extra length. 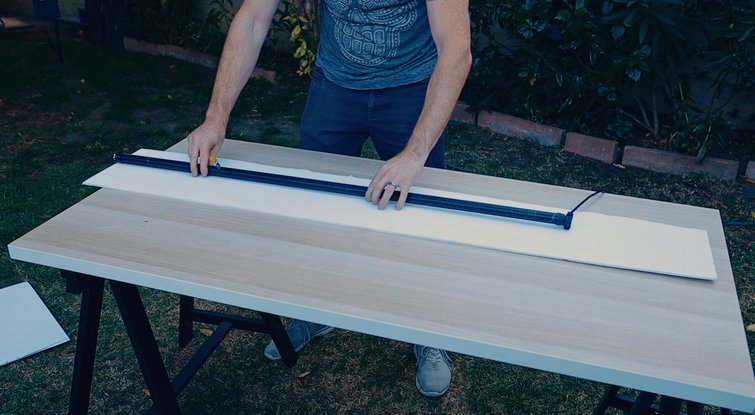 Make sure the foam core is as long as your light.

2. Decide on the Angle

A typical tube light gives a 180 degree throw. If you leave five inches on either side of the light, you’ll reduce this to around 90 degrees. If you’re looking for a more focused beam, you could use up to ten inches and get a 50 degree throw.

Keep in mind, this’ll make the light larger to rig and take up more space.

You’ll need to double this width. So, for the five inch version, cut your foam core ten inches wide.

This’ll allow you to snap the foam down the center, giving you an A-frame shape. 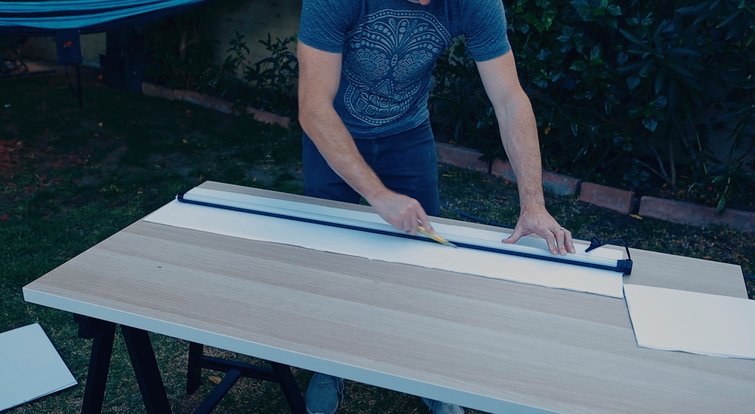 Score the foam core down the center and break it.

If you’re placing your light above the subject, you can sometimes get away with just resting the light control on the light and let gravity do the work. I’ve used a grip clip to hold the light in place, but depending on the design, you may want to puncture the foam core with a screwdriver, then use zip ties to attach it more permanently. 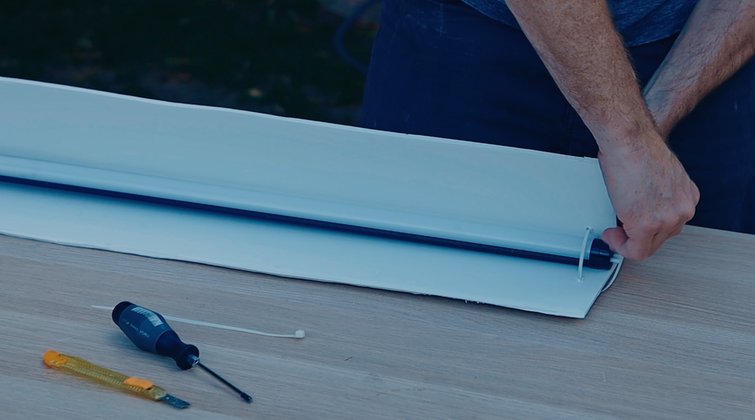 Attach the foam core to your light.

You can now hang, bolt, or otherwise attach your light to a stand or the set. You may want to cut through the foam core at certain places to allow access for something like the Matthews MQ Mount. 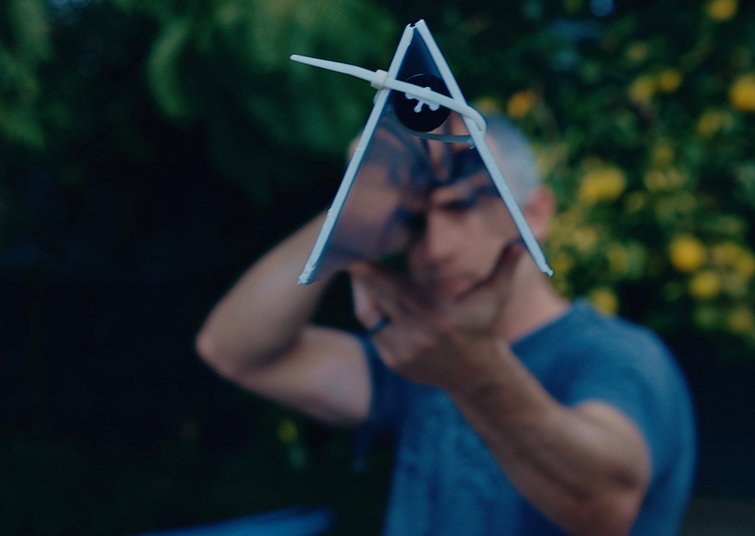 You can now attach or mount your light.

Now, just place your light where you want it. If what you’ve made is going to live to fight another day, cut it off and store it with other expendables.