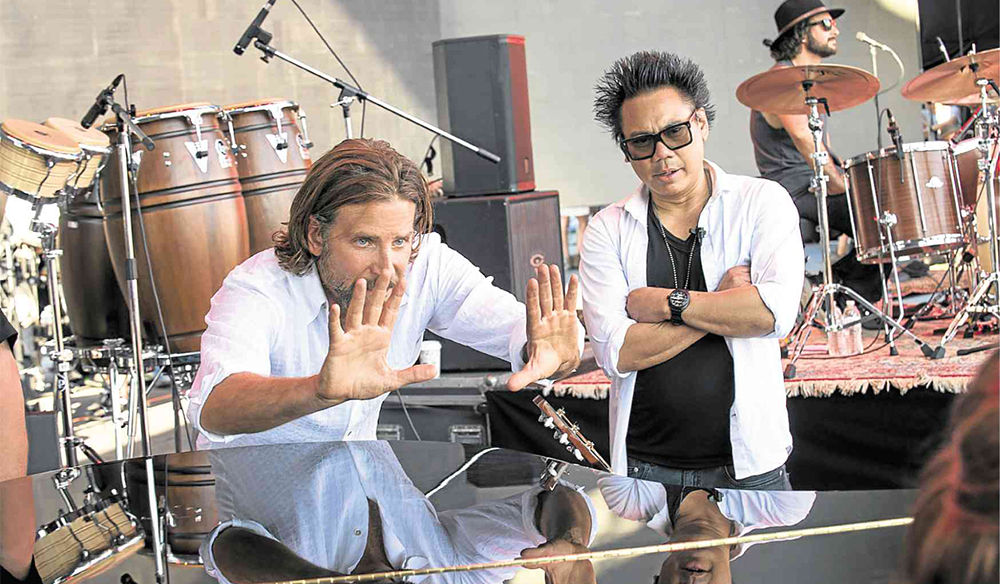 At the age of twenty-five, while finishing his MFA in cinematography at AFI Conservatory, Matthew Libatíque partnered with fellow AFI student Darren Aronofsky on a short film called “Protozoa.” This initial partnership would lead to six feature film collaborations and launch of one of the greatest cinematography careers in modern cinema.

Since his first time behind the camera with Aronofsky, Libatíque would go on to receive critical acclaim on a number of Aronofsky films, including Requiem for a Dream, The Fountain, Black Swan, and Mother!. He’s also partnered with other auteurs and successful commercial directors multiple times, including Spike Lee (She Hate Me, Inside Man), Joel Schumacher (Tigerland, Phone Booth), and Jon Favreau (Iron Man, Iron Man 2), as well as one-offs with big names like Liev Schreiber, F. Gary Gray, David Fincher, and Bradley Cooper.

How did a young native New Yorker who learned photography from his late father with a simple Nikon camera become a cinematography superstar? And how did Libatíque’s early collaborations with Aronofsky turn him one of the most explorative and innovative DPs currently in the business? Let’s take a look through Libatíque’s unique sensibilities and learn how you too can use cinematography to transverse the unknown.

The first thing most people mention when discussing Libatíque’s cinematography — or even just about Aronofsky’s filmmaking as it relates to their collaborations — is the innovative camera tricks and techniques. You can see these throughout Libatíque’s projects and date them back to his earliest days experimenting with different variable speed controls and reverse shot double exposures.

Looking specifically at some of his earliest films — like Requiem for a Dream — Libatíque found a great deal of early acclaim for his creative approaches to implementing fast-motion montages and jittery frame rates, as well as some of the best uses of SnorriCam shooting by any DP in recent history.

The thing that’s really stuck with me, throughout my career, is the impact of reflective light. Because, I would light something and I thought I was lighting it the same way, but it was a different type of reflectivity. And, when you’re dealing with reversal film, you’re dealing with the short latitude. So, reflectivity actually contributes to how much brighter you are in your highs, or how low you are in your lows. So, all of a sudden, I was just using a reflective meter, and I’ve been using a reflective meter my entire career.

A look back through Libatíque’s career reveals that he’s shot the majority of his films on reversal film, which helps to explain how he’s created such characteristically gritty and raw images from picture to picture. His focus on reflective lighting also highlights how exact his control on the highs and lows in his shots must be, especially when dealing with the often handheld and motion-full sequences from films like Black Swan.

In the ARRI clip above, Libatíque admits that, even on his digitally shot projects, he still uses a reflective meter and employs a “waveform that gives a reflective reading off of somebody’s skin tone,” since that’s how his eye processes the light and colors for every shot. And, while reversal film might not be right for every DP and every project, its look has almost become synonymous with Libatíque’s cinematography at this point.

Speaking about his work with Aronofsky, but also as a style and theme which can be found throughout his collaborations, Libatíque’s camera is often quite subjective, focusing on characters and their emotions close up. You can see this most notably in films like Mother!, Schumacher’s Phone Booth, and Lee’s Inside Man, where the often shaky and handheld camera puts you upfront and personal with the characters, their emotional state clearly on display — sometimes for a painful amount of time.

In these instances, Libatíque works with the director’s parameters to paint these frames and provide the lighting and composition needed to bring these emotions to life. Or, as Libatíque puts it, to work within the frame’s “four corners” while letting the direction and acting fill in the rest.

Manic Movements in Time and Space

It’s always interesting to dive into the movies that inspired some of your favorite cinematographers in their formative years. Libatíque’s love for Spike Lee’s Do the Right Thing (as detailed in the Fandor video essay above) certainly explains a lot about how Libatíque developed his own sense of movement in his compositions.

We’ve covered his innovative and creative approaches to dealing with time, using both fast and slow-motion to warp our expectations. But, Libatíque also makes use of space in his projects, placing the audience into the story through his generous use of handheld and steadicam. The infamous SnorriCam provides another example of just how rambunctious motion can be in a Libatíque sequence, with canted angles and jerky whip-pans upping the energy and emotion in his shots and scenes.

Perfecting the Basic Principles of Filmmaking

And finally, it might surprise many to learn that Libatíque is actually a more-than-capable director who might have been able to pursue it as a career if he hadn’t fallen so successfully into cinematography.

Libatíque is on record with his preference for shooting on film over digital, but when it comes to his own projects, he’s been quick to adapt to more DIY and indie filmmaking styles, including shooting his recent feature A Different Beyond with a Fujifilm X-T3.

You can see Libatíque at work on set in the featurette above. It’s actually quite a fascinating look at how a big-name cinematographer can take a $1,000 camera through many of the same processes as he would for a major blockbuster like Iron Man or A Star is Born.

From focusing on composition, lighting, and innovative techniques, it really shows how rooting yourself in the basics, while still searching for something more, can turn any project into a career-launching film.

For more DP profiles and cinematography advice, check out these articles below.

Cover image from A Star is Born (via Warner Bros.).