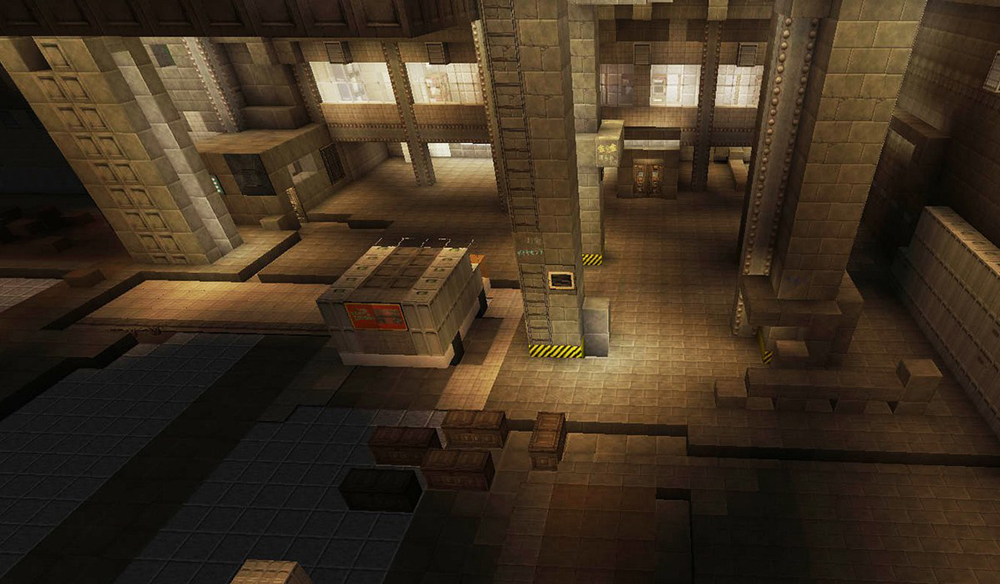 The director of Free Fire used the mega-popular Minecraft to pre-visualize his ’70s-throwback, shoot-em-up classic.

Ben Wheatley knows how to work with an extremely tight schedule and budget. And he knows how to take advantage of tools like Minecraft to do it. His recent film Free Fire takes place entirely in one location: a warehouse. The film is basically one long gun fight that needed extensive planning, staging, and rehearsals for the actors and the camera crew. With an estimated 10 million dollar budget that had to cover heavy stunt work, special effects, and the stacked A-list cast, Wheatley had to get creative with his filmmaking resources to deliver upon his unique pitch.

Given the nature of the film, Wheatley needed to know the exact dimensions of the set in relation to the characters in a more detailed manner than he did on other films. So, instead of using some of the more expensive programs available like Cinema 4D or FrameForge, or hiring trained pre-viz artists, Wheatley went to the world of Minecraft, a cheap and ingenious solution to the problem.

In an interview with Birth.Movies.Death., Wheatley detailed how the game not only helped his understanding of the environment but also gave the producers and the DP a sense of what he was going for.

You can just build a crude version of what you want to see using the pillars and mapping functions. You can build it quite quickly and then just walk around inside of this manufactured space to get a feel for it. I shared that with a few other crew members – [cinematographer] Laurie Rose and [Production Designer] Paki Smith – so that they can see what we were trying to build.

Wheatley realized the significance not only of the spatial whereabouts of his characters but also of the timing and hyper-specific pacing his screenplay required.

This film more than any other film is really dependent on making sure the proportions of the set are right. Because if you do it wrong then suddenly halfway through the movie the characters are too close to each other and then the film doesn’t work anymore.

This filmmaking prowess is not only admirable but also practical, given the single location of the shoot. As far as pre-production goes in general, storyboarding can only tell you so much before you see the ins and outs of the set in an easy-to-use, three-dimensional approach such as this. Here’s what the pre-viz ended up looking like in Minecraft.

New to Minecraft? Not sure where to start? Here’s a tutorial on building a house in the vast world-building game.

Even films as large as Star Wars make use of existing products to plan and map out their shots. For example, Rogue One allowed some of the VFX team to view the shots prior to filming (with a little help from ILM) that was essentially an iPad with a Vive controller stuck on the back.

Pre-production is a variable process based on the size of your production and requires more planning and money the bigger your film gets. However, Wheatley’s Free Fire is a living example of how budgetary limitations should never stop you from fully planning out and realizing your vision.

What are some pre-visualization tricks you’ve used in the past? Let us know in the comments.