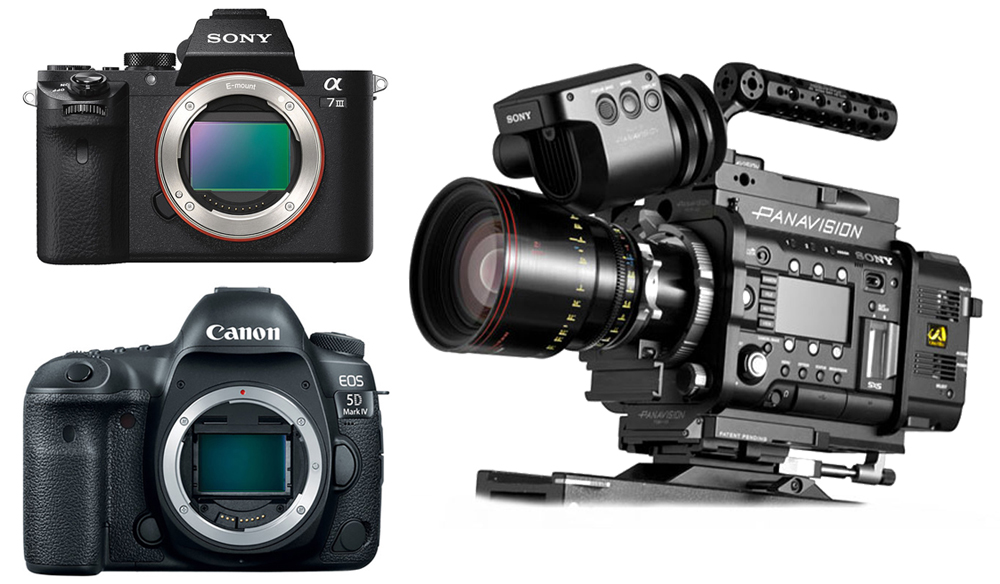 As NAB 2017 draws near, we’ve rounded up the juiciest rumors to get you thinking about your next camera upgrade.

Whether you are looking for a new camera, lenses, or some nice upgrades from Canon, here are the latest camera rumors heading into NAB.

The latest from Canon Rumors suggests that 5D Mark IV users will soon have the ability to capture footage in C-Log, which had previously been reserved for Canon Cinema EOS cameras. While many hope this may be as easy as paying for a firmware upgrade, it looks like users might have to send their cameras in for Canon Service for the ability to shoot C-Log.

There is no update yet on whether the same feature will be available for 1D X Mark III, but if this is a success for the 5D line, it’s bound to make its way to Canon’s other top-tier DSLR bodies.

In other Canon news for NAB, expect to see a new Cinema EOS lens and maybe — just maybe — an update on the rumored Canon 6D Mark II. As far as a new C100 Mark III  — the rumor mill has been pretty silent. Perhaps we will hear more later in the year.

The rumor mill has plenty to say about what Sony may have in store for NAB 2017. There has been plenty of discussion about new E-mount lenses, as well as suggestions for some new cameras.

The biggest rumor, according to Sony Alpha Rumors, is a new 8K pro camcorder that will have a global shutter and will capture 8K footage. The body is supposedly similar to the F5 and F55, which would make it a CineAlta camera.

In our original camera rumor roundup in January, we expected to see news of the Sony a7 III in Q2 — which would be just on time at NAB. The a7 III rumors price the camera body around $2,500 with a shipping date in mid 2017.  If it’s not the a7 III, Sony may end up announcing the a9.

Blackmagic Design has already announced the new URSA Mini Pro and two new portable control panels for Resolve, but rumors suggest there may be even more in store at NAB. Most likely, it will be new production gear designed for DITs and colorists.

We will have plenty of NAB 2017 coverage coming soon, so stay tuned!