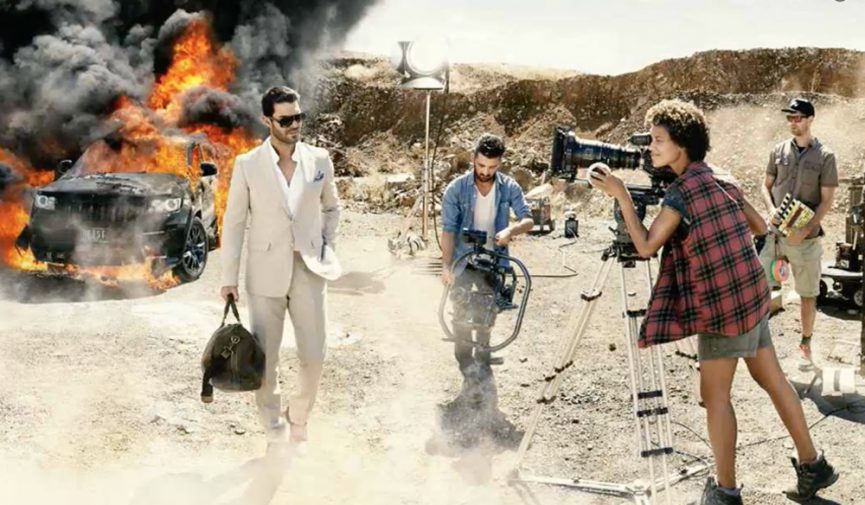 Switch between EF, PL, and B4 mounts with the new URSA Mini Pro video camera, and grade footage on the go with the two new DaVinci Resolve color grading panels.

All images via Blackmagic Design.

The URSA Mini Pro combines the image quality of the URSA Mini 4.6K with the features and controls of a traditional broadcast camera. The result is a beast of a machine.

Perhaps the biggest thing to note is the ability to change lens mounts. With only a screwdriver, you can remove the URSA Mini Pro’s EF-mount and replace it with a PL or B4 mount for cinema or broadcast shooting. The URSA Mini Pro records up to 60 fps, and it even has a dedicated button that allows you to quickly change from a lower frame rate to 60 fps during fast-paced shoots.

It’s a really impressive addition to the URSA Mini lineup, and with a starting price of $5,995, it is a viable option for any size production studio, from solo shooters to large studios. The camera is available for pre-order and ships March 9th.

Designed for on-set work, the Micro Panel is a very powerful color grading surface in a very small package. It’s a die-cast aluminum body designed for plug-and-play work. With a USB-C connection, you can immediately get to work in DaVinci Resolve with this highly portable panel. The Micro Panel uses the same high-end trackballs and knobs seen in the Advanced Panel. As this is a panel that works plug-and-play with DaVinci Resolve, it does not require updates to the panel itself  — the Resolve software handles all updates.

The Micro Panel is available for pre-order and ships March 9th.

The more advanced portable panel is the new Mini Panel — also designed for on-set work or for small workspaces.  While in beta, many professional colorists told Blackmagic that this would be the panel they would use on freelance projects or on location.

The Mini Panel requires A/C power, but it has the ability to power your computer from the panel, which is great for working on location. The built-in menus require an Ethernet connection.

The Mini Panel is available for pre-order and ships March 9th.

Excited about all the new gear? Let us know in the comments below.