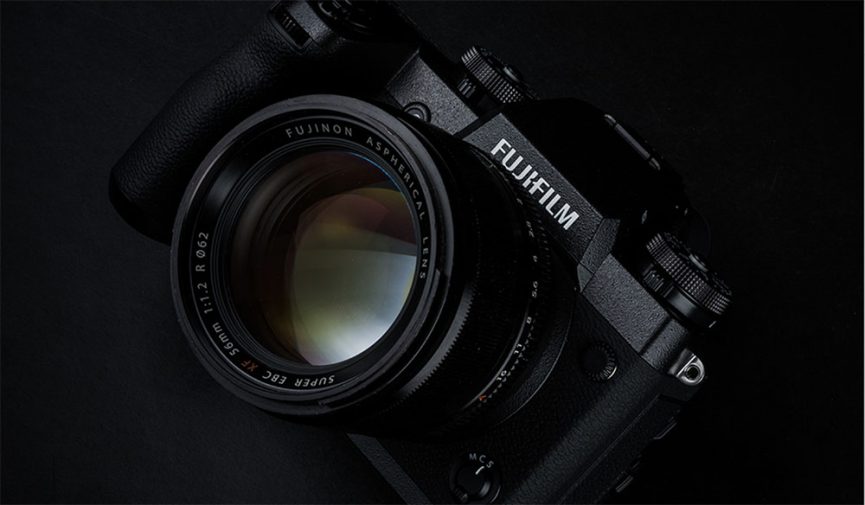 At NAB this year, the industry is finally getting its hands on Fujifilm’s new 4K mirrorless x-H1 camera. Here’s what we’ve learned so far.

So, the X-H1 isn’t news — this camera was announced earlier this year. However, people are finally starting to get their hands on it at NAB. Much like 2016’s X-T2, Fujifilm’s new mirrorless camera offers a little more than its predecessor — but not much. The sensor is still the same, and most of the still photography settings are the same. The body is a bit “more sturdy.” The camera is also the first in the X-series lineup with 5-axis in-body stabilization, as well as a new flicker reduction mode, making indoor photography (specifically sports photography) easier for new shooters.

This new bulky body is necessary to accommodate bigger lenses. This is Fuji listening to their users and trying to build a smoother, more comfortable camera. NoFilmSchool got their hands on the camera at NAB, so let’s take a look at how the test played out.

(Note: The X-T2 is featured in the thumbnail, but it’s not about the X-T2. Just click it.)

The real kicker with this camera is the ETERNA mode that essentially emulates film stock, bringing out the colors in a way that reduces the need for extensive color grading in post-production.

The FUJIFILM X-H1 features the “ETERNA” mode, a new Film Simulation mode suitable for video recording, simulating the output of cinematographic films. Characterized by subdued color presentations and rich shadow tones, this mode can be used at 400% Dynamic Range (equivalent to approximately 12 stops) to attain video recording with a high degree of perfection while substantially reducing color-grading workload in post processing.

Fujifilm has released a short film captured using the X-H1 and the ETERNA feature. You be the judge.

They’ve also included a series on photographers and filmmakers who have gotten their hands on the camera to shoot various styles of art and culture. Each artist has a video or profile on their thoughts here.

So, my personal thoughts . . . what’s the point? The differences between the X-H1 and the X-T2 are so minimal, I don’t think it justifies an entirely new camera. But that’s just me.

Looking for more NAB coverage? Check out these announcements.