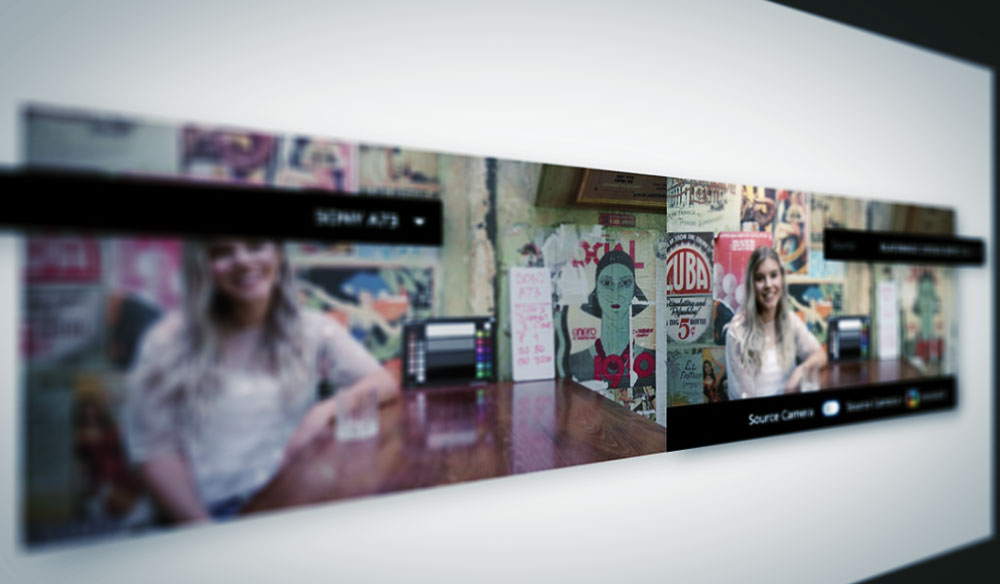 CineMatch demo’d their sensor matching tool, which instantly matches footage from the different cameras you may be working with in your edit.

FilmConvert owns a company called CineMatch, which is now a plugin for Premiere Pro that allows you to color match when working with multiple cameras. Right now, the plugin is only for Adobe Premiere Pro, but it will eventually be available for DaVinci Resolve, FCPX, Avid Media Composer, and so on.

The plugin isn’t just a bunch of LUTs; rather, it’s a collection of dedicated color profiles based on the sensors from the cameras you set it up with (which, right now, includes Sony a7III, BMPCC4K, GH5, Fujifilm X-T3, and Nikon Z6 — this list will obviously grow over time.) There is a demo of the software you can check out here.

The way it works, you tell the plugin which camera you want as your standard, and then it matches footage/shots from other cameras accordingly. The plugin is very new, and color grading is always a mixed bag — especially if you didn’t shoot the footage yourself. So since the plugin is about reading the sensor, if the image is exposed properly on each camera, the science should check out, and you’ll get the same look.

Cinema5D sat down with Sam Wiles from FilmConvert to talk about the software, how it works, and why it will save you hours of grading.

Pretty interesting stuff. It looks like this could be huge (matching cameras can be one of the biggest time sucks). Hopefully, they work out all the bugs before release. (Speaking of, current Film Convert users will get a discounted rate once CineMatch goes live by the end of the year.)

If you’re interested in learning how to match two cameras yourself, we have a nifty tutorial just for you!