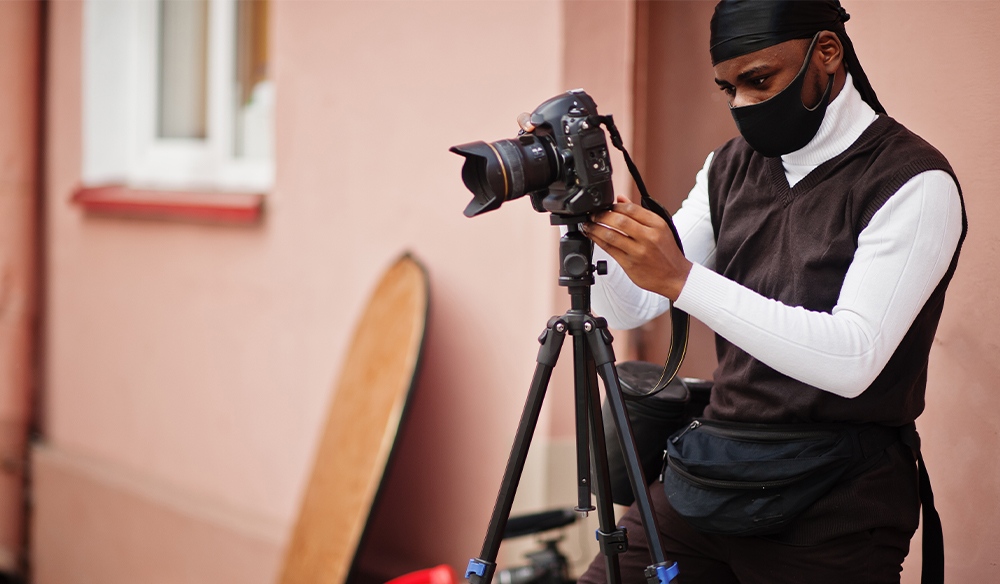 The Pitfalls of Making A No-Budget Short Film During COVID

While Hollywood was able to navigate the pandemic to get productions running again, is it wise for no-budget filmmakers to do the same?

Despite 2020 being the dumpster fire we all know it was, we did see several exciting photography and filmmaking additions enter the market. However, while many are in a hurry to pick-up a RED KOMODO or Canon C70, the world itself is in no rush to get back to normal. Many countries are starting to re-enter strict lockdown protocols with the emergence of a more contagious variant of COVID-19. While film production has somewhat lifted itself off the ground through this pandemic, how does it fare for no-budget filmmaking?

Note, the experiences listed below are primarily reflective of my location (Wales, UK).

By now, I’m sure almost everyone inside of the filmmaking community, and even those who are only interested in film itself, have heard the explosive lecture given by Tom Cruise to his crew. For the most part, I’d also say most of the comments across social media support his message. As we have seen with the case of Matt Reeves‘ The Batman, the entire production was halted as lead actor Robert Pattinson tested positive for the coronavirus, and as Cruise noted in his outburst, he’s trying to keep the crew in work and fed.

The world of film production has changed a lot over the last twelve months, with new protocols and some aspects being abandoned altogether. However, and perhaps less reported on, the pandemic has affected the world of low-to-no budget short films. By nature, no-budget short films are filled with compromises. Multiple people are fill several different roles, equipment gets used in non-intended ways, locations get used in guerrilla fashion, etc. It’s mucky. And certainly not ideal during a pandemic. As reported by IndieWire,

It’s impossible for any [indie or documentary] production to eliminate all risk, but these shoots don’t have the resources that afford the slower processes and complex procedures of their studio counterparts. Safety measures are estimated to add 20 to 40 percent of a film’s budget.

Therefore, if I were to make a no-budget short, I would need to do everything by the book and follow the acting law at the time of the shoot. But, is that even possible, and more so, worth it? Eh, let’s look into it.

Why Make a Short Right Now?

In the summer of 2020, I was commissioned by LUMIX to create a documentary using the S1H. At that time, cases here in Wales (and the UK) were drastically falling, restrictions were being lifted, and although there was still cause for alarm, it largely felt like life was slowly returning to normal. As such, while there was a limit to the things that I could document, there wasn’t too much of an external pushback from nature itself. While I still had precautions to adhere to, the documentary was a successful production.

In trying to produce and shoot a no-budget short at the start of January 2021, the story is extremely different from summer 2020.

To my delight, in late November, Blackmagic asked if I could shed some light on the URSA Mini Pro 12K and the purpose behind shooting 12K. Given the kit’s grandeur and the three cine primes that came with it, I thought this would be the perfect opportunity to fetch one of my shorts from the digital draw of unproduced short films and get to filmmaking with this prestigious kit, as it won’t be in my hands for long. However, I received the kit during the week of Christmas, the exact week things around the country started to spiral out of control, and the perfect opportunity it was not.

Creating a no-to-low budget short film is an uphill battle as is, but I don’t think I was expecting the rough sea that came with trying to safely make one during this time.

Unless someone in your no-budget crew happens to have an uncle who owns a café, getting access to such locations without monetary incentive is always a tedious process. Doing so with restrictions in place is even more so. However, it’s not just public interior locations that have become a black hole for no-budget filmmakers in this new era. Some are now finding exterior spots also out of reach.

Golden hour. Welsh coastal scenery. It’s become a staple in my toolset to always get gorgeous-looking imagery. However, here in Wales, we’re currently sat at Tier 4, which means essential travel only. As a result, local law enforcement is discouraging travelers away from the scenic locations as people are traveling from all areas of the country and grouping up in a single location. Given I live in a tourist-centered county littered with beauty spots, most are now inaccessible because local councils have closed car parks.

This doesn’t leave a lot of options outside of your house or apartment. And, while there have been numerous great shorts and even feature films set in a singular location, if your property isn’t large, it certainly isn’t going to be capable of having a few people dancing around equipment and small hallways. As such, that bleeds into the next issue. No crew.

During the summer of 2020, when film production started to kick back into gear with new regulations, one thing that was often talked about was how crews were going to become smaller, akin to smaller indie or low-budget productions. Additionally, I remember seeing a filmmaker I follow on social media (for the life of me, I cannot remember who) suggest that low-budget filmmakers who assume multiple skills—as opposed to being a master of one—are about to find a lot more work due to the new setup of fewer crew members on set.

However, that doesn’t equally translate to no-budget films. As I said earlier, no-budget productions often see people assuming multiple roles. When that is reduced even further in order to work in a safe capacity, it almost becomes impossible for one or two people to assume every role. For the proposed interior short, the entire equipment list consisted of:

For a crew of two and a cast of one, which allowed for safe enough distance in the small location, that’s a ridiculous amount of gear. It’s improbable that such a small crew can properly set up while maintaining focus on the other creative aspects of the production.

As a side note, it was equally interesting to see what equipment was currently unavailable.

From the start of the pandemic, certain products have been hard to obtain—from gym equipment to GPUs. And, this isn’t just down to disruptive shipping, but at the core level of production. Notably, several cameras had delayed launches last year because manufacturers simply didn’t have the materials to produce the electronics.

Although most production areas have returned to some sense of normality, it’s not to say everything has. It’s been interesting to see what’s in stock with certain filmmaking and photography suppliers (at least here in the UK).

Throughout pre-production, while trying to plot what additional equipment could be needed to ease the grind for a non-existent crew, I kept running into the issue of goods being months out from dispatch. Items like C-stand cases, flags, and diffusion material had a hefty backorder date.  Additionally, as most suppliers noted, for the warehouse staff to operate safely, many are working at a reduced capacity, which also delays the process.

The Morality of the Short During Current Circumstances

I already knew that this short film wasn’t going to happen with the three issues listed above. However, even if we had the perfect location and enough time to construct and move the equipment with no external pressure, the morality of making a short film right now still lingers in the air. It just feels irresponsible. My actor lives alone. The additional crew member, whose house we were shooting in, also lives alone and additionally works from home—as do I.

However, without any form of official safety procedures, there was no confirmed elimination of risk. And, ultimately, to create a short film for the sake of using this equipment would have been irresponsible—whether precautions were taken or not.

It comes down to: “Is making this no-budget film, which is going to be aired for just a few thousand people on YouTube, worth the possible risk to others?” I’m not sure in what world that warrants a “Yes.”

Therefore, I guess you can watch my 12K video about a forest in the coming weeks.

Cover image via AS photostudio.

For additional articles reflecting on shooting during the pandemic, check these out: