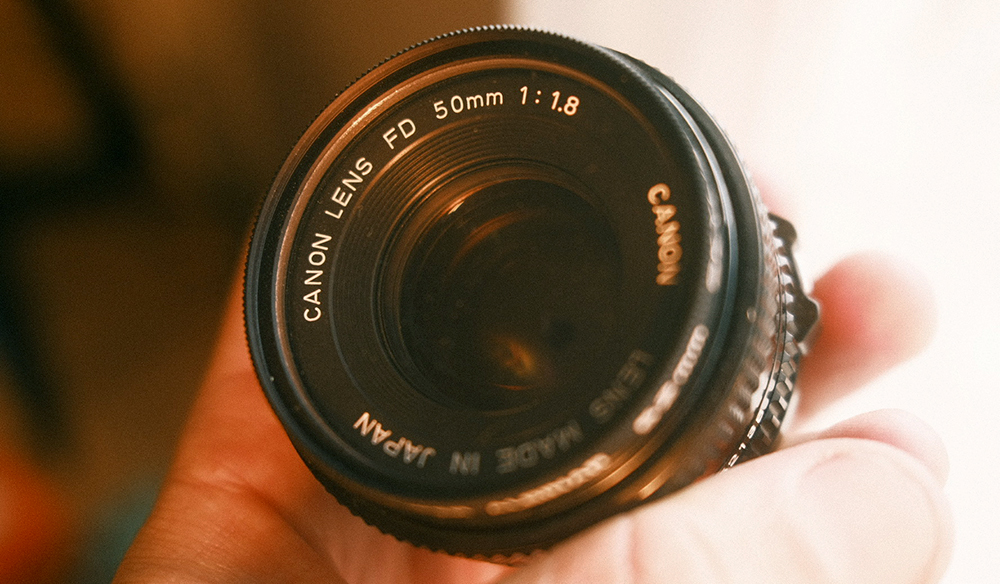 Old-School Looks: The 5 Best Vintage Lenses for Under $250

Use this affordable vintage glass to give your commercial, editorial, and personal projects a warm, timeless look.

When I first started using old lenses, I was hoping they would work as a shortcut to a “film” look. I wanted the image to immediately look like something shot by Robert Elswit or the older work of Janusz Kaminski. You know the look I’m talking about, right? I wanted those soft, warm, wide shots that fill so many of our favorite movies from the late ’90s and early 2000s.

Well, it worked. I got those looks. But I also got something more. Something that opened me up artistically and encouraged experimentation. I got an appreciation for the scratches, dust, and bumps that make every vintage lens—and every shot captured through them—unique.

When working with vintage glass, it’s not enough to expect imperfections, you’ve got to embrace them. You might end up with some tiny light leaks caused by gaps between components. You might end up with a very soft image and some whoa-how-did-that-happen bokeh. What you will never end up with is the sharpest possible image. And that’s kind of the point.

Here’s my list of the best vintage lenses you can add to your kit without breaking the bank.

(FYI: These lenses are not for your ALEXA-level cameras. Instead, think BMPCC6K, Canon EOS R, or Lumix S1H.)

Canon FD lenses are universally beloved and for good reason. They’re cheap, they’re fun to use, and they produce a great-looking image. (Also, I know I just said that the lenses on this list are best suited for something like the EOS line, but Canon FDs are actually better for Sony E-mounts and micro four-thirds cameras. Moving on.)

For most of last summer, I had a 24mm FD attached to a Metabones speedbooster on my Blackmagic Pocket Cinema Camera 4K. I was shooting personal work, and the FD always gave me the look I was going for—soft, dreamy, warm. Summer vibes that modern lenses just couldn’t quite deliver. I loved that lens so much. In fact, I loved it so much that I immediately bought another one (plus a 50mm to go with it) after someone broke into my car and stole every piece of gear I owned.

Worth noting—I use an FD on an old Bolex 16mm camera, and the images are simply incredible. It’s that kind of versatility that makes the line a favorite for me. Do yourself a favor and pick one up. Just don’t leave it in your car.

After all my gear got stolen, I decided to buy the BMPCC6K instead of getting another 4K. Around the same time, this article (written by PremiumBeat’s very own Lewis McGregor) convinced me to add the ’70s-era Contax Zeiss (and adapter) to my kit.

Let me tell you, shooting with this lens is a lot of fun. The best way I can describe the look is—surprising? When switching from “normal” glass—Sigma, Canon, etc.—I’m always surprised, in the best possible way, by the beautifully soft look I get from the Contax.

(Because these lenses were designed for 35mm full-frame, they still fit the BMPCC6K’s Super 35mm sensor. Just FYI.)

My knowledge of these lenses is essentially a happy accident; I ended up in possession of an old Nikon F2 stills camera. The Nikkor f/1.4 happened to come with it, and it was an overall solid lens for the F2’s 35mm format. It was much later that I discovered that the Nikkor was also a solid option when adapted for use with a video camera. (That sounded so weird to say—“video camera”—but you get what I mean.).

Just like everything else on this list, expect the quality of the image to be directly related to the quality of the lens. More bumps, scratches, and dust = more refractions, flares, and leaks. Again, when it comes to vintage glass, the imperfections are a feature, not a flaw.

There’s a plethora of content on these lenses. By now, you’ve probably seen a review or heard about them in some shape or form. They’re cheap. They’re rough. They’re super fast. They’re honestly very fun to use, and you can mod them like crazy to get some pretty out-there effects. In fact, I happened to be a part of one of these “mod experiments” from Todd Blankenship a few years back. Check it:

Now, I don’t use this lens anymore. Nonetheless, the footage I captured with it a few years back (on a Sony a7S) is still some of the better looking footage I’ve ever shot. And that’s saying a lot, because I usually think my footage is total garbage.

Worth noting—the Helios was made for an M42 lens mount, so you’ll need to get an adapter for whichever camera you’re going to use.

This is the only lens on this list I haven’t personally used. But, I have the 38mm in my cart on KEH and I’m probably going to pull the trigger in the next few weeks. Most of what I’ve read and watched has focused on the 100mm lens because, apparently, it’s the sharpest and best option of the Zuiko models. However, this will run a bit steeper in price.

Regardless, if you’re chasing soft, warm vintage lens looks, these will absolutely not disappoint. Everything I’ve read says they’re perfect for any type of portraiture work, like the close-ups and medium shots that come with a lot of commercial and editorial gigs.

Just remember, when purchasing used gear, a certain amount of caution is advised. Make sure you’re using a reputable source like KEH or even a well-rated eBay seller. (Also remember, you can rent from services like BorrowedLenses and ShareGrid, too.)

Cover Image via Me – That’s one of the Canon FD’s I own!