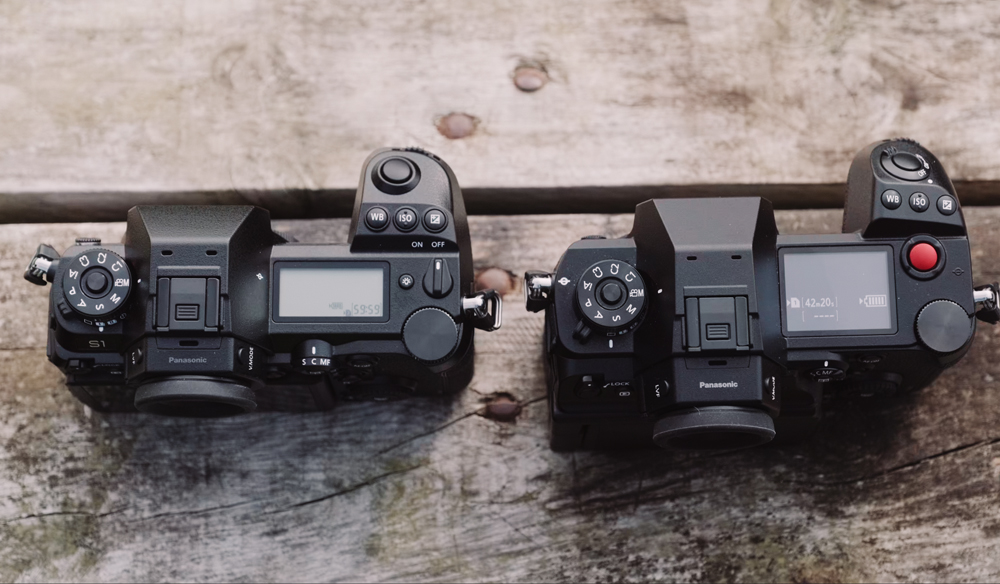 The S1 vs. the S1H: What Makes a Video-Focused Camera?

With cameras sharing similar specs and design, it’s difficult to distinguish why a video-focused camera is more expensive than a hybrid. Let’s find out.

Ten years ago, cameras were dedicated still cameras with a video function thrown on the side, and the distinction between models and lines was found in the camera’s performance and what it could and couldn’t do. There was a clear distinction between the entry-level Canon 550D and the professional 5D Mk II.

Moving forward, as video became such an integral part of the camera ecosystem, we saw most cameras become a decent hybrid — meaning that the camera was capable of both great photos and excellent video. However, camera users somewhat became fractured during this period. Even if a camera was more focused as a still shooter, if it wasn’t meeting the latest video specs, which would ramp up the value and be at the cost of another feature, the camera was met with a lukewarm response.

Nonetheless, and perhaps as a response to this discourse, we’ve started to see manufacturers split their respective flagship models into three distinct variants — the dedicated still camera, the dedicated video camera, and the hybrid.

We’ve seen this become established with Sony’s A7 line, which is split between the better video performance of the A7S III, the dedicated stills tool that is the A7R IV, and the hybrid A7 III.

More recently, we’ve seen Panasonic adopt this method with the new Lumix S1 line, which pits the hybrid S1 against the photo-centric S1R or the Netflix-approved video tool S1H. As we advance, I wouldn’t be surprised to see Canon further implement this structure into the EOS R line. 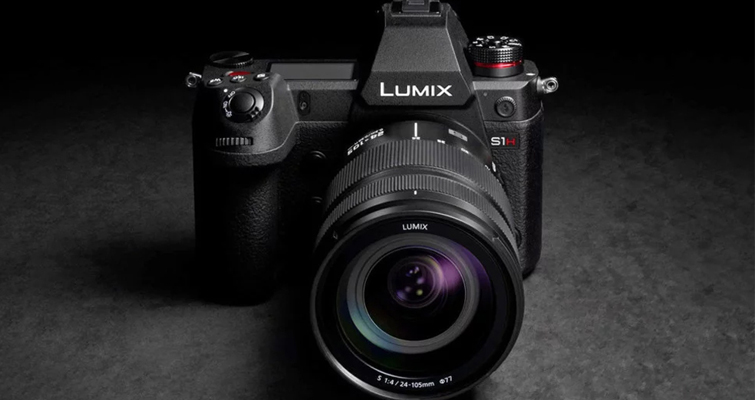 The primary benefit of all this is that, if you were to jump from model to model, there’s no overall significant difference between the camera builds and, more importantly, the internal menu system. Of course, there will be slight variances, but not an overall discrepancy. In most circumstances, the cameras look identical.

While we’re going to be using the S1 and S1H as visual examples throughout the article, let me first explain that this is not a direct review that truly pits the S1 against the S1H, even though we are indeed comparing the features of both cameras — wait, what?

Hold on. Stick with me.

Instead of a general review, this article serves as an introduction for new filmmakers who may be unfamiliar with the differences between a video-centric model and a hybrid model from the same series of cameras. Over the past few years, I’ve either owned or operated the entirety of Sony’s A7 series, and currently, I happen to have the S1 and S1H in hand.

With that, let’s jump in and look at the S1 versus the S1H to see where a video-centric model takes precedence over a hybrid.

The camera designs remain relatively the same, although the S1H is larger in length and heavier, which bodes well for shooters who don’t tend to use any form of support. Perhaps most notably, we can see one major design implementation that benefits video creators specifically: the prominent record button. 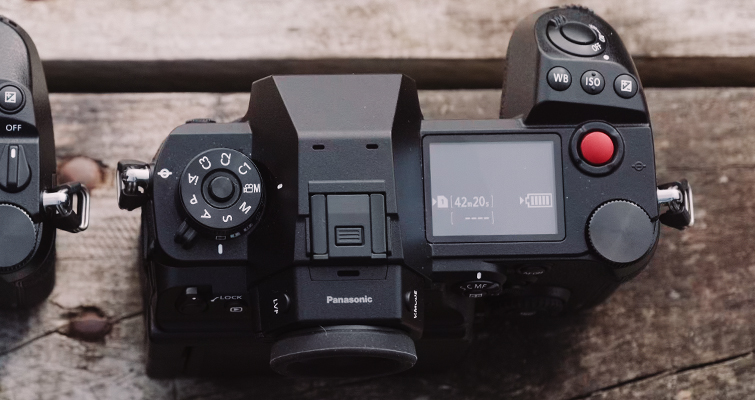 While there is a video record button awkwardly placed on the back of the S1, it’s perhaps one of the smallest buttons on the camera and not all that functional. (Although, it should be noted you could also record by just pressing the shutter button while in video mode.) Yet on the S1H, like cinema cameras, having the identifiable red button is a big help.

As noted, this design feature is always prominent in cinema cameras, and there’s a specific reason for that. When there are a dozen buttons positioned on the side of the machine, sometimes that split-second in trying to find the correct REC button can be costly, especially in a documentary environment when the camera doesn’t have cache recording. The large REC button is also featured on the Sony A7S III, Sony’s flagship video model for the A7 line, as seen below-right.

Like the A7S III (and unlike the A7 III or A7RIV), the S1H has an articulating screen that allows self-presenters to check their framing. 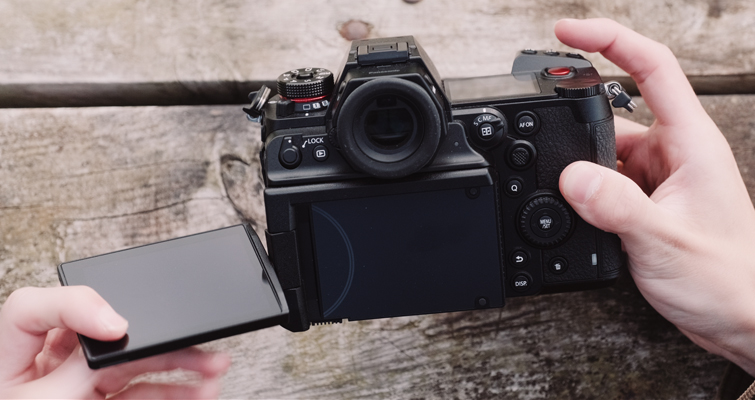 Whereas the S1 has a flip-out screen — great for photography and travel video, but not in the way of the S1H. It should also be noted that the S1H’s articulating screen also pushes out away from the body to avoid blocking the connection ports on the side. This has always been a big issue with hybrids that have an articulating screen. 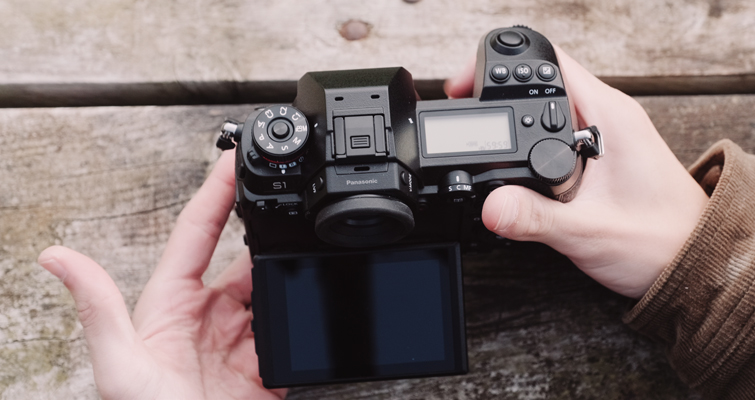 One notable addition to the S1H is the heat dissipating fan. Why does the S1H need to dissipate heat? Well, let’s check out the internals.

The S1H can record 10-bit internally in 4K and Cinema 4K up to 30p, and up to 60p with the HEVC codec. But, more recently, with a firmware upgrade, you can now film at 12-bit RAW when externally recorded to the Atomos Ninja, whereas the S1 will only initially be able to produce 4K (up to 60p) in 8-bit.

The native 10-bit 6K, and possible external 12-bit RAW, completely supersedes the native 8-bit 4K the S1 hosts. And, this is where you can see where the extra money on the price tag is going. In my recent film in which I used the S1H, many of the shots were filmed at dusk and dawn towards a gradient sky. If I were filming in 8-bit, as soon as I’d start to grade the sky, you’d see the colors crumble with banding.

It should be noted that normally from the hybrid to still-centric or video-centric, there’s usually a difference with the sensor, like jumping from the A7S III’s 12.1 MP sensor to the A7 III’s 24.2 MP sensor. Likewise in Panasonic’s line when jumping to the S1R’s 47.3 compared to the S1 and the S1H at 24.

And that’s something to note here — both the S1 and S1H share the same sensor. But there’s one small addition, an optical low pass filter on the S1H, which ensures there won’t be any moiré artifacts — that’s big for video. 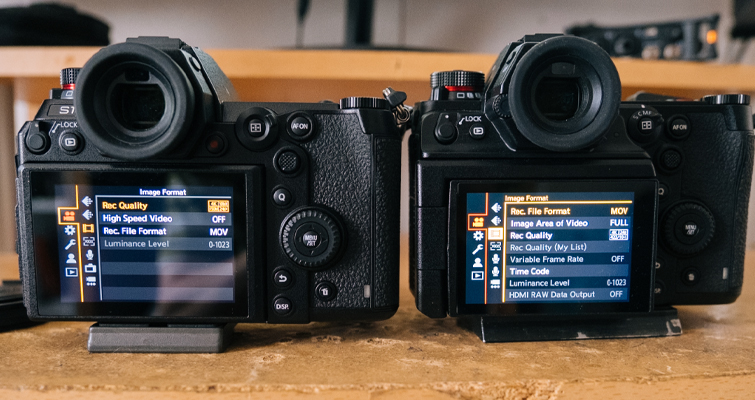 It would be inefficient for the menu to be completely different from S model to S model, and, thankfully, it isn’t. For the most part, the menu layout is the same.

But, when simultaneously moving through both menus, you’ll start to see slight additions to the S1H that makes it the go-to video model over the S1, such as time-code settings, HDMI rec output settings, and notably the option to switch between shutter speed to shutter angle.

From the still above, although the rear is practically the same and menus are identically laid out, you can see the S1H (right) contents truly conform to a dedicated video tool. Whereas with the hybrid, you can feel that it still has a “photo first, video second” sentiment.

To summarize: When a manufacturer has a flagship model split into three distinct tools, while they will share many common elements, you will nonetheless find certain primary differences between the hybrid and video-centric models.

While we have used the S1 and the S1H in this article, you could easily swap the specifications and replace them with the A7III and the A7SIII. The article would read the same.

However, there’s an essential factor to consider. While the dedicated video camera will be better at video than the hybrid, it doesn’t make the hybrid obsolete. Usually, the stats of the hybrid only fall slightly under the video-centric model.

Between Sony and Panasonic, the hybrid usually sits at $2,500, so it’s not as if you’re working with the next generation down. You’re still working with a professional tool. And, in most circumstances, you can usually get it up to the video-centric models’ quality with additional purchases. The trade-off is either paying for more and getting it all in camera or paying less to then purchase the additions later.

If you’ve read through this article and would like to see a complete rundown of the S1 and S1H, I highly recommend Gerald Undone’s video.

For more on the latest camera tech, check out these articles below.

Images via Sony, Panasonic, and the author.