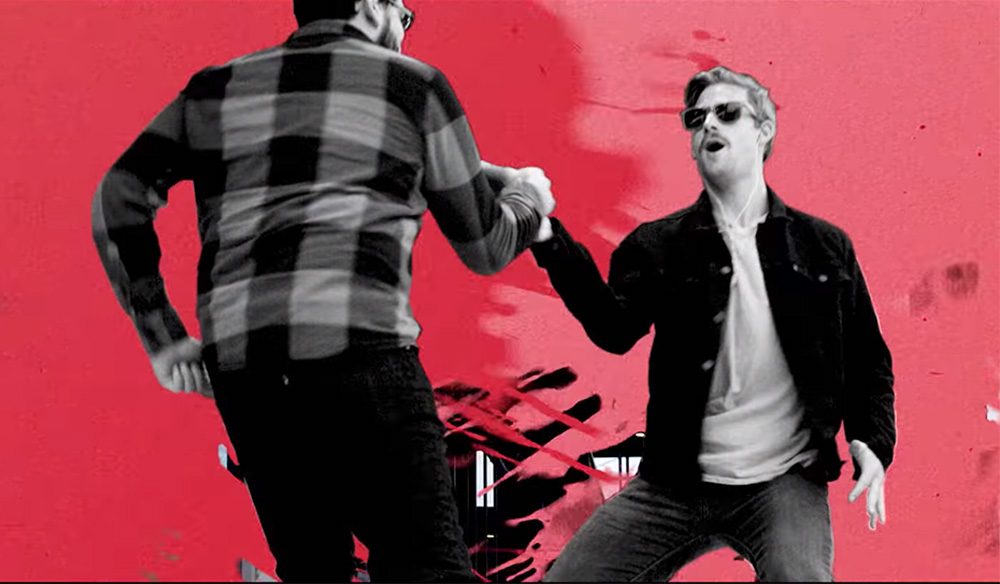 When you are trying to create a punchy, energetic sequence, fun transitions are the name of the game. When paired with the perfect track, a video that uses creative ways to jump from one clip to another is sure to engage a viewer way more than a boring, traditional cut.

Transition packs can usually run you about $20-100 per purchase, and when you want a wide array of them, they can get costly once you add them up. So, we went ahead and rounded up seven of the best free transition packs that the internet has to offer. So check your download speeds, create a new folder, and get ready to download over 100+ transitions!

I wanted to start off with this one since it’s such an awesome pack for anyone looking for free assets. Shutterstock’s Video Editor Toolkit comes with over 220 different assets, along with nine free transitions that you can use. So in addition to the transitions, you also get:

The transitions that come along with the pack are Track Matte transitions, which means that you will need to add a Track Matte key to the bottom clip, and then track it to the included transition video file. From there, adjust the composite to Luma Alpha, and the transition will be ready to go!

If you need a visual guide on how to use these transitions, follow along with Mike as he guides you through each type of asset included in the pack:

These sixteen free circle transitions are some of the more energetic ones out of the bunch. These fun, engaging, and dynamic transitions are the perfect companion when creating a quick social video that cuts from clip to clip quickly. These are also Track Matte transitions, so follow along with the same directions to use them as the Video Editor Toolkit above.

If there’s one type of video that demands creative transitions, it would be the travel video. There’s hundreds of thousands of different travel vlogs and videos out there, and to stand out, you gotta make yours a little different than the pack. Austin Newman has created a pack of really neat transitions that are fantastic for flipping between shots out of your plane window to the streets of Tokyo. Or, the city that’s like an hour outside of your hometown. No judgement here.

These are extremely simple transitions to use. Just download the pack of presets, and import them into Premiere by going to Effects > Presets > Import Preset. From there, it’s just dragging and dropping on top of your clip to get the job done (along with some creative cutting).

These handy seamless transitions from Pixel Samy are simple, fun, and great to use for a quick project. They have a little element of color distortion and ghosting, so it adds even more depth to your transition.

These transitions are a little bit more hands-on to get done. It involves about four different layers that you have to duplicate and layer on top of each other (which creates the color distortion). Refer to the short video above to get a read on how to use the transitions most effectively.

FILM CRUX has blessed us with twenty-four fantastic transitions that can be used in just about any situation. This includes zooms, spins, and whip pans, which have become increasingly popular for social video. These transitions are utilized by creating an adjustment layer above the cut point, and then adding the preset to the adjustment layer. Each transition comes with a suggestion for when to start the adjustment layer transition, which takes out the guesswork from trying to match up two videos.

Now these aren’t what you would call “conventional” transitions, and even the tutorial doesn’t advertise them as transitions. But trust me, these ink splash files are a super creative way to splatter your way through a multitude of clips. Just like most of PremiumBeat’s free assets, these come as .MOV files that are used as Track Matte type transitions, just like the circle transitions mentioned above. You might be able to do some more intensive work in After Effects, but if you are more comfortable with Premiere, they are totally ready to be used as simple transitions.

I thought it would be a crime to not mention music videos, one of the best use of creative transitions. So, here is one of my favorite free packs from Bryan Delimata that is best suited for that. These are pretty unconventional transitions (which is why I like them) that freeze frames to transition from one scene to another.

First, take two clips that you want to transition between. From there, create a frame hold from the end of the 1st clip and duplicate it onto the top video layer. Stretch it out over the 2nd clip.

Now, take the Crop effect, drag it onto your freeze frame, and crop out the person in your frame. At first, it will delete them from the frame, but you can reverse it by pressing the “Invert” button in the effects tab. Then, duplicate it again, and add it onto V3.

This is where the transition pack comes in. Import the presets from the pack, and start adding effects onto the V2 freeze frame. It will include different types of effects like paint splatters, flames, and other cool visual backgrounds to your freeze frame. Experiment around, play with the opacity settings, and now, you’ve got a killer transition between two sets.

Want more on video transitions and other free video elements? Check these out.