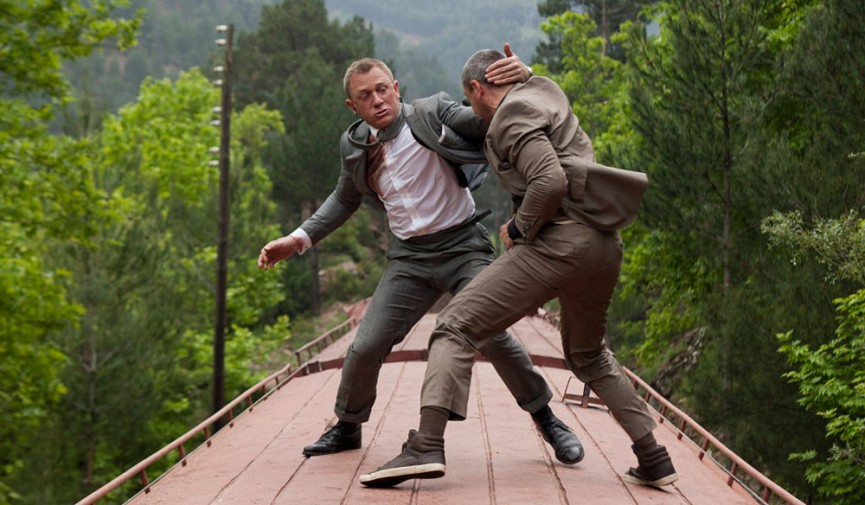 These behind-the-scenes clips of explosive James Bond stunt action will leave you both shaken and stirred.

Considering Hollywood’s ability to basically create anything and everything with digital effects, it’s refreshing that the team behind the Bond franchise knows that sometimes you just have to strap a guy to the bottom of a helicopter and take to the skies. Sometimes the only way to get the shot is to hire a driver and have him demolish $34,000,000 worth of Aston Martins and Land Rovers.

With the current Bond era maintaining a darkly realistic Nolan-esque tone, it can be argued that Daniel Craig’s turns as the titular super-spy are the most stunt-packed entries in the series yet. Let’s take a closer look at what goes into risking life and limb for the public’s hard-earned entertainment dollars.

Aspiring filmmakers: you should totally try this at home. Just kidding. But if you do, share the footage with us! 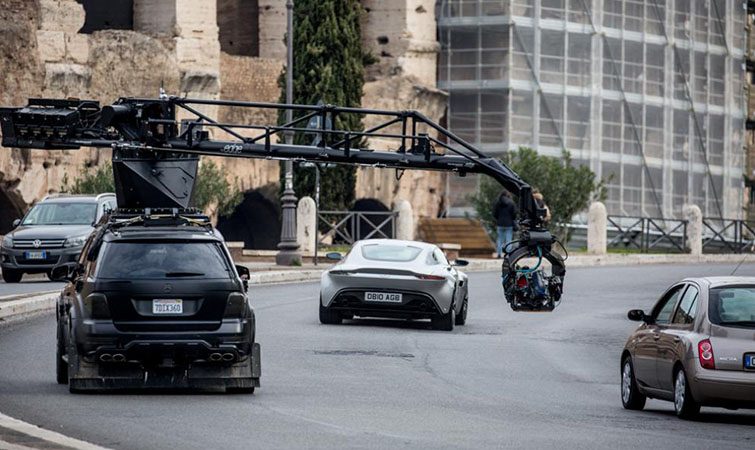 Speaking of the above-mentioned $34,000,000 in car carnage, Spectre stunt driver Mark Higgins is responsible for a lot of it. From a recent interview with Evo:

We’ve been on this now for three months. We did rehearsals back in December and the main Rome car chase started three weeks ago. This week we’ve had a wall ride, we’ve been jumping down steps, drifting around the streets and gone through the Vatican at over 100mph, which is pretty awesome. I don’t think anybody has ever done that before and I don’t think it’ll ever be done again.

Higgins also did the driving for Skyfall, recruited by fellow auto-ace Ben Collins, aka The Stig from BBC’s Top Gear. There’s more to stunt driving than simply buckling up and flooring it:

Stunt driving is a team job, and you’re only as good as the people and professionals around you. The driving is the natural part for me, but the camera sees different parts that change the whole dynamics of the driving. There are always some dangers, but the team works to reduce these with practice and professional stunt co-ordinators.

In other danger-related Bond news, we found this pretty amusing. Zeiss Lenses recently shared the following photo through social media: 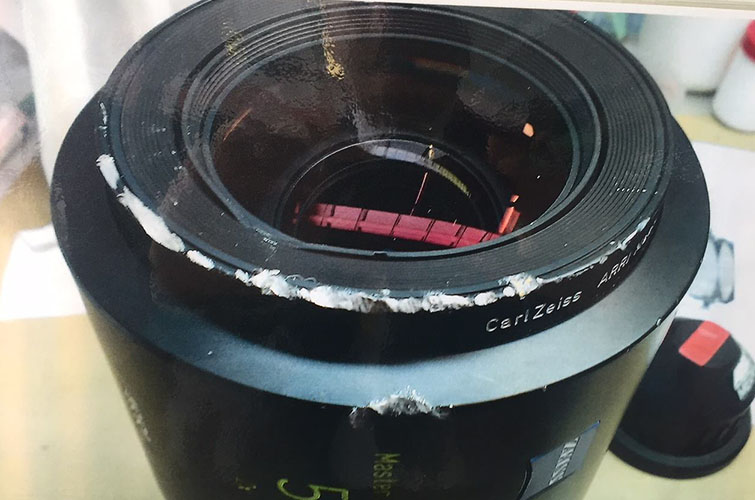 Developed jointly with ARRI, Master Anamorphic lenses feature in the production of a range of major films, including the newly launched James Bond 007 Spectre. Whilst attached to a camera car travelling over 100mph during filming, this lens flew off, bouncing for over 1 mile down the road. Despite this, none of the lenses were damaged or displaced, and only minor damage was caused to the outer casing. That’s what we call #ZEISS quality.

The Action of Spectre

This making-of hype clip featuring Director Sam Mendes, Special Effects Supervisor Chris Corbould, and First Assistant Director Michael Lerman doesn’t simply highlight the stunts of Spectre. This video rips its shirt off, spikes the football, and drops the mic. Just look at the wingless airplane erupting out of the second story of a house at 1:08.

Here’s some great behind-the-scenes video from Skyfall that shows what went into the famous “train crashing through the ceiling of the catacombs” scene. Hint: it involves crashing an actual train through the roof of some catacombs. The video ends with the finished clip from the movie. It’s a massive operation that surely took months of planning by dozens of professionals. All for just a few moments of action on film. Impressive.

Hands down one of the most thrilling, stomach-in-knots sequences in recent history, the parkour chase in Casino Royale is an amazing display of athleticism and professional stunt prowess. Featuring pioneering freerunner Sebastian Foucan, this behind-the-scenes look shows you how they pulled it all off.

And, just for kicks, let’s close with a look at IGN’s choice of the top stunts from the Bond series.

What are your favorite action moments from the James Bond franchise? Share them in the comments below!