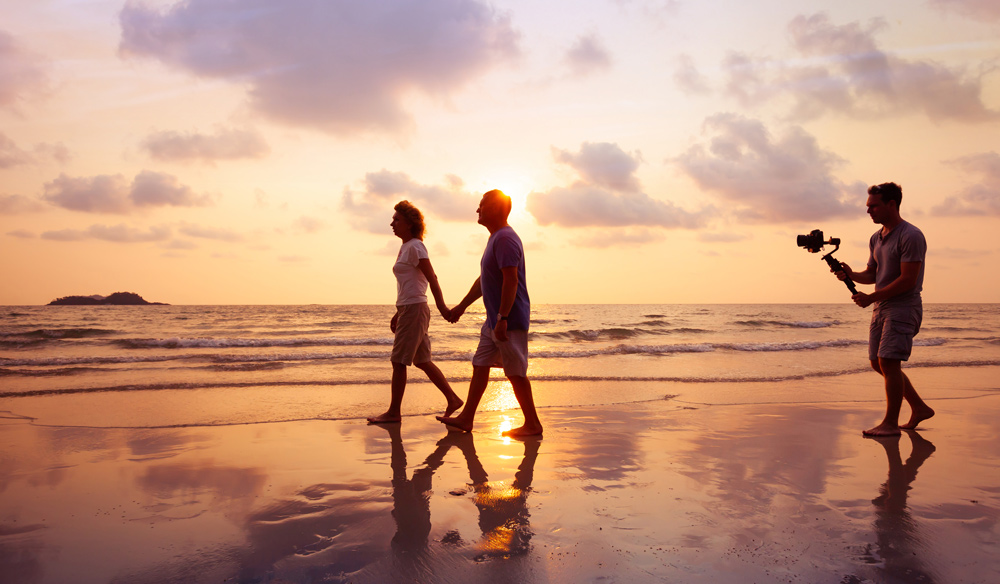 Here are some common sense tips to consider on how to relieve stress and save time on your next adventure as a filmmaker.

Stress is the ultimate enemy for a solo filmmaker. Whether it’s a wedding, a music video, or even a passion project you’re making by yourself, nothing can cripple your workflow more than an onslaught of stress. Of course, this is not to say that if you were working with a large team you’d be stress-free – you wouldn’t. But with a group, there are people you can lean on for support, and there’s always an extra set of hands when you need it.

Many of the stressors during a project start as small things that can be easily managed. It’s not as if a solo shooter will be rigging up a Condor. More than likely, it’s something along the lines of not being able to find the key or tool needed to remove the camera rig so it can fit on a gimbal.

There are several steps I now follow when I’m filming by myself. Sure, they might be common sense tips, but it’s the type of advice you don’t really think about until you find yourself in a particularly stressful situation.

1. Set Up as Much as Possible Before You Arrive on Location

If you’re filming an event, especially one like a wedding or christening, there are going to be special moments that can’t really be recaptured if you miss them. Even if they can be reenacted for video, the initial spontaneity will be missing. I’ve found arriving on location already 90 percent ready leads to more favorable captures and no missed moments. And, of course, there’s less stress in trying to assemble your equipment without guests frolicking past you.

Of course it’s not practical, or even safe, to drive to an event with with gear that’s completely set up. You may not have the room to even do this. But, if you’re operating a mirrorless or DSLR camera, due to the small size, you can actually choose from a number of cases on the market that allow you to set up the camera ready to film. If you have a larger camera, say the URSA Mini, you can also find a bag that allows you to transport a fully assembled camera. The Porta Brace URSA Mini bag is an example. You can equip the lens onto the camera, and have it rest securely on the lens cushion. The bag is spacious enough to equip a battery, the shoulder rig, and the top handle, and there’s even a protective space for the EVF. The only component that needs to be detached is the Rosette extension handle. 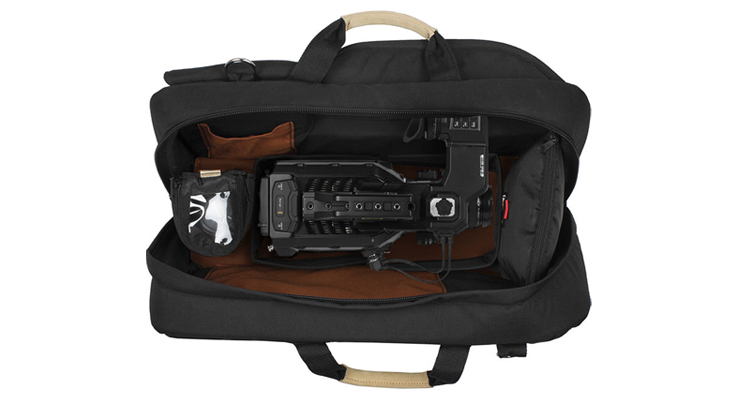 Earlier this year, I had to film early morning in a blanket of fog. After walking from the car to the shorefront, I simply had to remove the URSA Mini 4.6K and attach the side handle, and I was ready to shoot. However, it was so cold I had a tough time attaching the handle. I can’t imagine what it would have been like to assemble the URSA Mini 4.6K from scratch on location. Not to mention carrying one bag vs. several cases is always a blessing for a solo filmmaker.

2. Minimize the Amount of “Winging It”

Something that always used to fluster me was arriving on a location that had already been scouted, but not correctly planned for lighting. I’d arrive with an arsenal of gear and an idea of how the location was going to be lit, but I had not worked on a lighting diagram. So I would wing it and end up spending way too much time pushing the light stand into different places, trying to figure out what level of diffusion I wanted.

On a feature set, you’ll have gaffers working to see what intensity of light works best. But, they’ll be doing this as a team, while the rest of the production moves forward. On a solo shoot, when you’re spending one too many minutes trying to figure out what gel you want on to the light, everything else has stopped. In my case, my actors — who could’ve otherwise been working — were sitting on the couch waiting for me to start.

If you’re shooting an event, you’re not necessarily in a position to light the entire location and will likely be shooting with available light. If it’s a passion project, you can do either of two things: light the location the night before and adjust for the actors the following day, or if that isn’t an option, you must create a lighting diagram to give yourself a head start the next morning. Alternatively, you can try CineTracer, the new pre-vis game by Cinematography Database‘s Matt Workman. The team over at Shutterstock tutorials have a great video tutorial that explores the game, but to quickly summarize the entire concept — build a set, light it, and create a digital moving storyboard.

3. Store and Label Equipment Like a Grip Truck, Even If You Drive a Small Hatchback

As a solo shooter, you’re probably not hauling around an entire truck worth of equipment. But, just having a good selection of lenses, perhaps a gimbal, tripod, and stand bags, along with general tools and accessories, your gear may amount to a number of bags and cases. You might think it’s overkill to label the bags and cases, as you packed them and know exactly what’s inside. But just look at the photo below. This was the gear I packed for a passion project that I solo-shot with one actor. 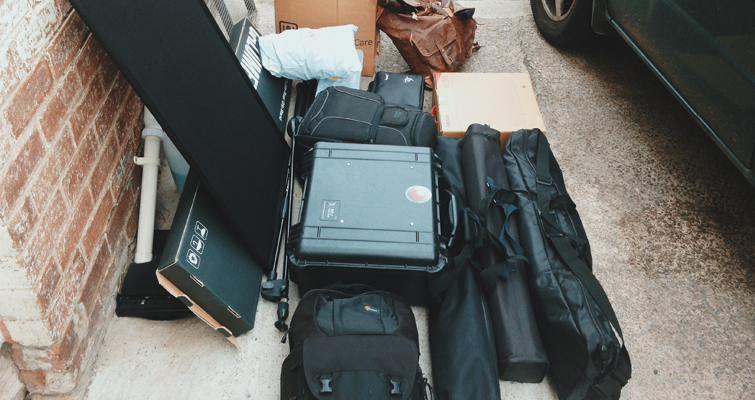 When it’s all lumped together in a small car, you can quickly lose track of what’s what. And before you know it, you’re agitated because you can’t find the correct bag. Therefore, I suggest labeling your cases with colorful gaffer tape, so you know exactly what to look for, and more importantly, so that you can locate the right gear when you open the trunk. You know that the rucksack with blue tape is your camera accessories, whereas the rucksack with white tape houses your lenses. The bag with the yellow tape is the lightweight stand for the small light fixture, the bag with the green tape is the heavy-duty stands.

Likewise, you don’t want to just lump all your equipment into the car by how easily it stacks. While you’re not going to have the luxury of drawers and shelves (like a grip van), you can store your equipment in order of importance, or what you’ll be using first.

4. Quash What Ifs with Backups 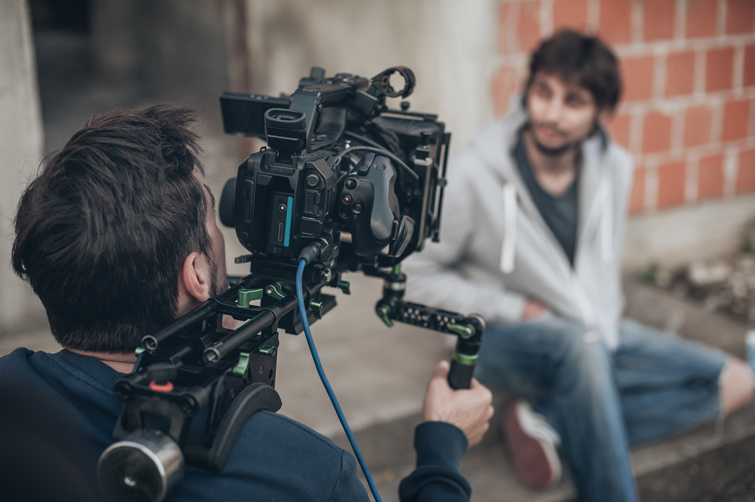 When I was 20, I was halfway through filming my first attempt at a web-series, and on day one of shooting, the worst thing happened. I pulled the lead actor aside, and from the look on my face, he knew something was up. “You’ve forgotten your storyboards haven’t you?” I wish. I’d actually forgotten the camera. How? I’m still not sure — I was only 20. But ever since then, whenever I’m driving to a job, a wave of anxiety washes over me: “What if I didn’t bring the memory cards?” “What if I didn’t bring enough batteries?” “Did I charge the batteries?” I rigorously double check my equipment before leaving, and the likelihood is that I have indeed brought everything with me.

“What if the memory card fries from continuous 4K recording?”

Of course, the what if’s tend to shift no matter how you reassure yourself. If you tend to get yourself worked up over the thought of being left cold with a faulty or forgotten component, quash this anxiety by having a set of spares in your vehicle. And don’t even consider these spares part of your main setup – they should be looked at as the spare tire in your kit.

Perhaps the causes of your stress are a little different than what is listed above. Regardless, you can minimize the general stress of shooting solo by focusing on setting up gear and the organizing your equipment. A rowdy wedding guest purposely getting in the way of the camera, or a spot of rain, I can deal with. Trying to pull two C-stands from the bottom of my car’s trunk, then getting it caught on a heavy bag, quickly raises my temperature.

For more videography and industry advice, check out some of these articles below.