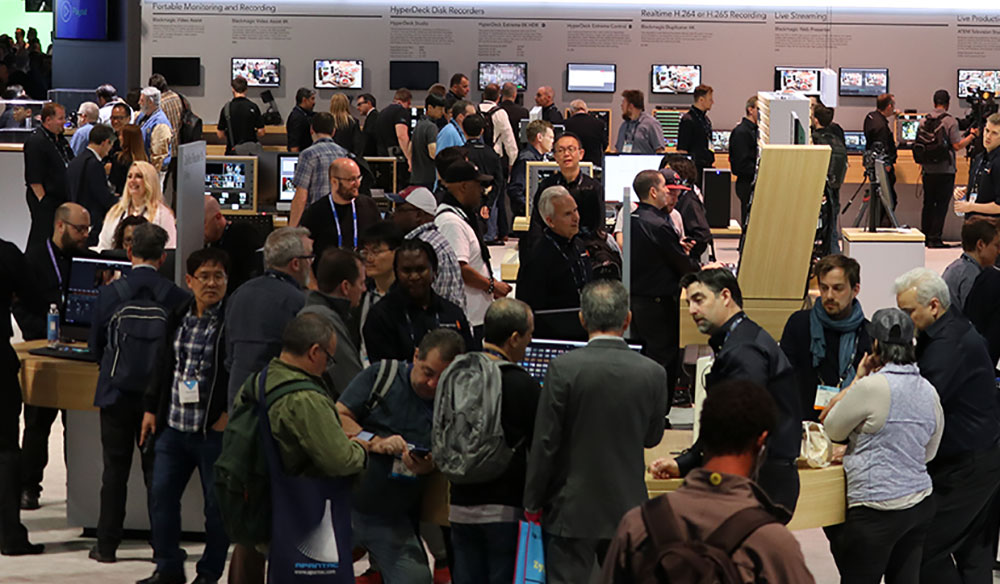 Now that the dust has settled, let’s take a look at three big trends we saw at NAB 2019 that will shape filmmaking in the year to come.

It was a pretty quiet year as far as new cameras go, but that meant that some other technologies took center stage at NAB 2019. Let’s take a closer look. 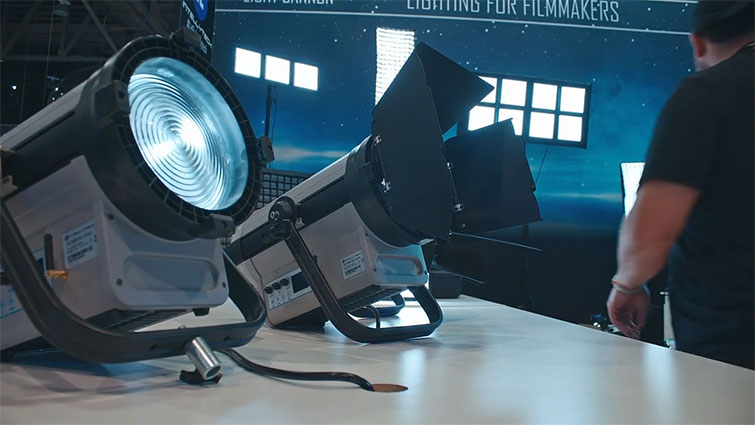 Last year, we saw everyone moving to RGB LEDS, following the lead of ARRI’s SkyPanel. Pretty much everyone brought out color changeable versions of their existing fixture lights — from Hive’s small spotlights to Westcott’s foldable LEDs (and everything in between).

This year, it was the high-output LEDs. The COB (or Chip-on-Board LEDs) are getting brighter and cheaper, and there were quite a few brands offering LED Fresnels that are approaching — or even surpassing — the power of HMIs.

Intellytech released the Light Canon Pro, a 400W Fresnel that meters at 120,000 lux at 3 feet. Unlike a HMI, these are cool, can plug into house power, and don’t have a delicate bulb that can break.

Aputure refreshed their line of daylight Fresnels as well with the brighter, cheaper version of the 120D and 300D. 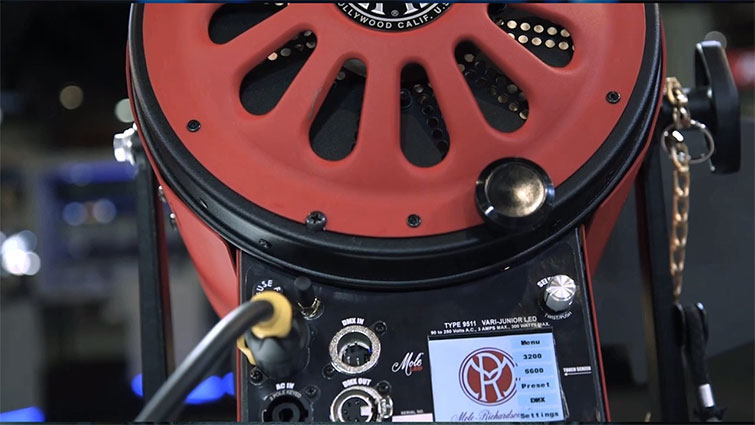 The largest LED at NAB was the Mole Richardson 20K. It’s a 3000W LED that meters at 64,000 lux from 10 feet. The list price is US $40,000, but this kind of brightness and output will probably make its way into the mainstream over the next couple of years. The days of hot lights and generators on set could be numbered. 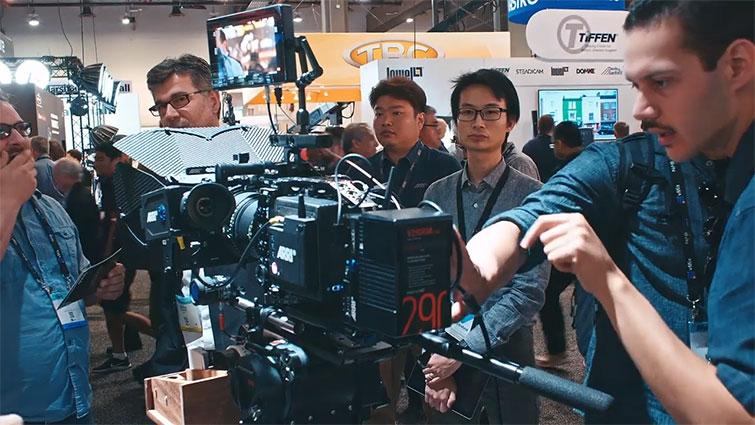 The second big trend was large-format camera sensors. The Alexa Mini LF was probably the biggest news of the show. And Canon, Panasonic, and others all have large-format versions of their cameras waiting in the wings. Because cameras are so integrated now, changing the size of the sensor means changing many other things. There were a lot of new and existing companies releasing large-format-compatible lenses, a new large-format-compatible battery standard, the B-Mount from Bebob, and new storage devices (like the Codex Compact Drive) that can handle these faster bit rates. 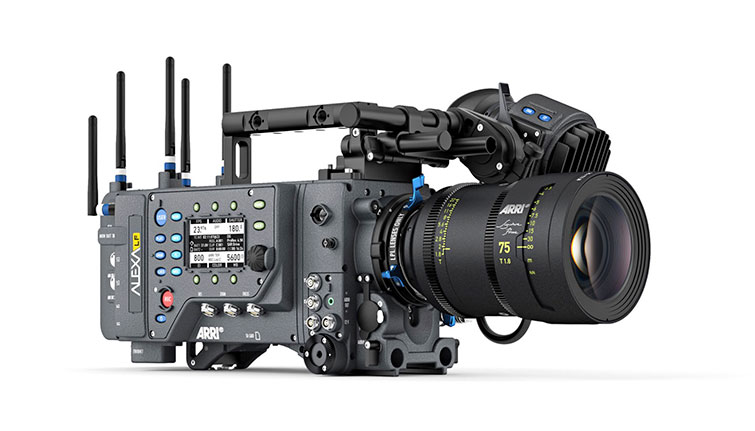 The last big trend we saw at NAB was device integration. The days of the camera system hidden under a mess of cables and third-party devices may be coming to an end.

This started a few years ago with RED building the Xenomorph camera for David Fincher. It was one unit that incorporated a sensor, screen, wireless video, wireless audio, timecode, follow focus, and a battery mount. Now we’re seeing technology becoming available to the mainstream. Industry leaders (like ARRI) are producing cameras with built-in wireless transmission and focus systems. Companies like VITEC, or the Mac group, are acquiring multiple brands and integrating them.

VITEC owns both SmallHD and Teradek, and they announced a wireless follow focus system that plugs into the wireless video transmitter, transmitter lens, and focus data, along with the camera image, so that a SmallHD monitor can display focus data from the follow focus.

That’s our wrap-up of the major filmmaking trends at NAB 2019. Cine Gear is only five weeks away, so we’ll see if new gear — announced there — follows these developments.