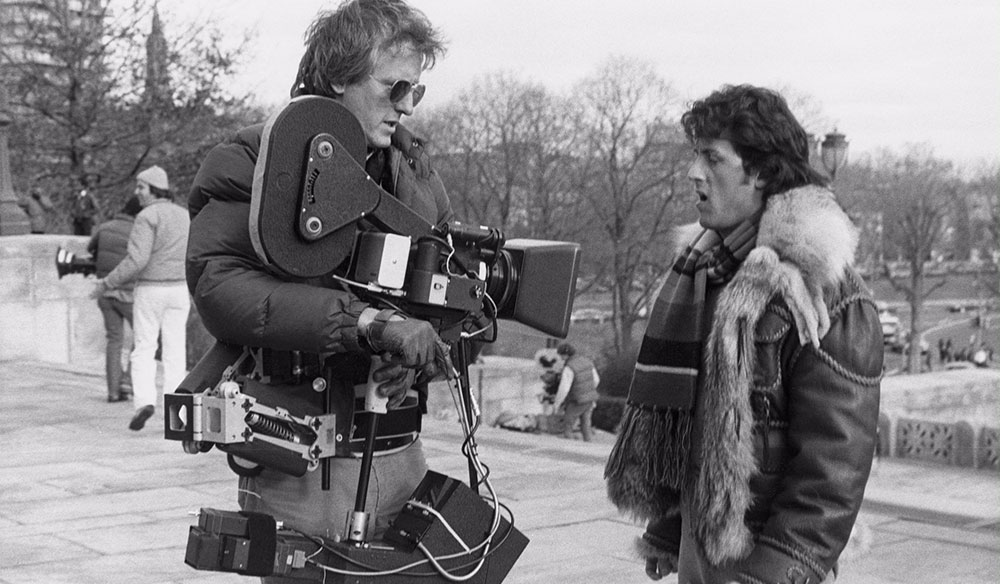 Every cinematographer knows the quest for smooth footage. Let’s take a look at two of the primary options for stabilizing footage during production.

Both the Steadicam and Gimbal (like the Movi or the Ronin) will eliminate the shake from your camera shots. They do so in very different ways, and at different costs. So, let’s take a look at the differences between them and how best to use each type of stabilizer.

The Steadicam was invented in 1975 to free the 35mm film camera from a dolly or a tripod. It quickly won an Oscar for technical innovation, and it still shows up on film sets 45 years later. It’s a mechanical solution, and because it relies on inertia, it needs a heavy payload for smooth motion. The part that holds the camera — the sled — also holds the monitor and batteries.

An operator wears a vest to distribute the weight to his or her shoulders and hips, and connects the camera sled to an Iso-elastic arm (with a series of springs) that isolate his movements from the camera.

The gimbal, first popularized by Movi in 2013, is an electronic solution. The technology appeared years before in helicopter mounts and crane arms. However, it wasn’t until digital cinema cameras under 10 pounds appeared that a handheld gimbal became viable. The camera gimbal works by measuring the camera’s position hundreds of times per second, and when it detects a movement, it engages motors to move an equal degree in the opposite direction, thereby negating the shake. 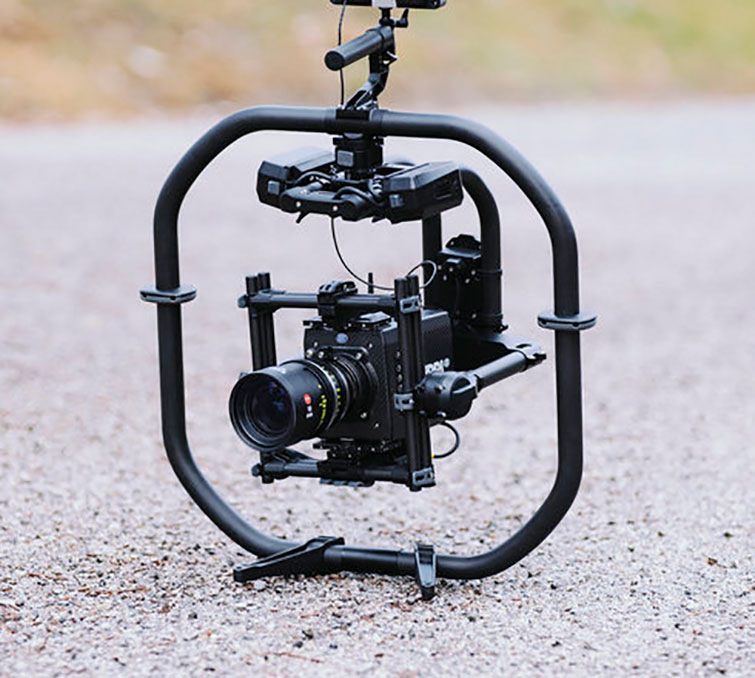 Like a lot of gear that relies on computers, brushless gimbals have lots of points of failure, but they also have a quick improvement curve. Gimbals get lighter, stronger, and more capable every year, whereas the Steadicam is still basically the same four decades later. So, what are the relative strengths and weaknesses of each one?

Gimbals are cheaper, quicker to set up, and easier to use. You’ll notice I said, quicker and easier, not quick and easy. They still have a learning curve. It takes time and practice to become proficient with one, especially with heavier cameras. A Movi Pro or Ronin 2 will cost you around $6,500. You might also need a few other accessories, like batteries and mounts, but you’ll probably spend less than $8,000. A full Steadicam setup will set you back $45,000, but you can hire an operator with their own rig (in most cities) for $1,000/day.

One thing a Steadicam compensates for — and a gimbal does not — is the up-and-down movement of walking. When walking with a gimbal, you need to bend your knees and do what’s commonly referred to as the “duck walk” — a shuffle that limits vertical bobbing. This limits just how fast you can move, while keeping the motion smooth.

The Right Tool for the Job

A Steadicam — despite being more expensive, taking longer to set up, and requiring more skill to operate — has advantages over the gimbal. Because the Steadicam isn’t supported entirely by the operator’s arms, the shots can be longer, and the operator can do more takes in a row before their performance starts to suffer. Famous Steadicam takes are minutes long, and a trained operator can do take after take without needing a break. 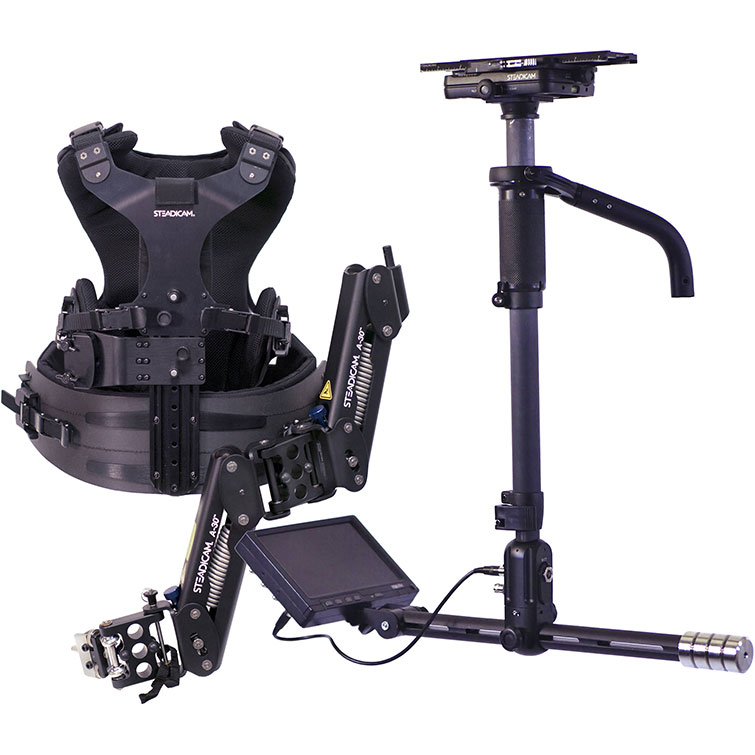 The Steadicam, being mechanical, doesn’t need batteries, and it doesn’t have electronic issues, like firmware updates. Many a gimbal shoot has ended in tears when the gimbal software crashed and couldn’t be restarted.

I should mention that hybrid systems have appeared in recent years that try to combine elements from both stabilizers — a gimbal on a Steadicam like an arm. These give you the best of both worlds, but also the worst of both worlds. They are more expensive and need much longer to set up than either system alone. But once they do work, they can deliver shots that were once thought impossible. ARRI has a system called the Trinity that can do amazing things. The price: $65,000.

Both systems have different strengths and weaknesses. Thus, the more you pre-plan your shots and know what kind of motion you’re after, the better. If you want to fly a heavy camera or use long take times, you’re looking at hiring a Steadicam operator. If your camera is smaller and lighter, and you can plan to shoot for a minute or less, you can save money by renting a gimbal and learning to use it yourself — or hiring one that comes with an operator.

Looking for more cinematography and filmmaking articles? Check these out.