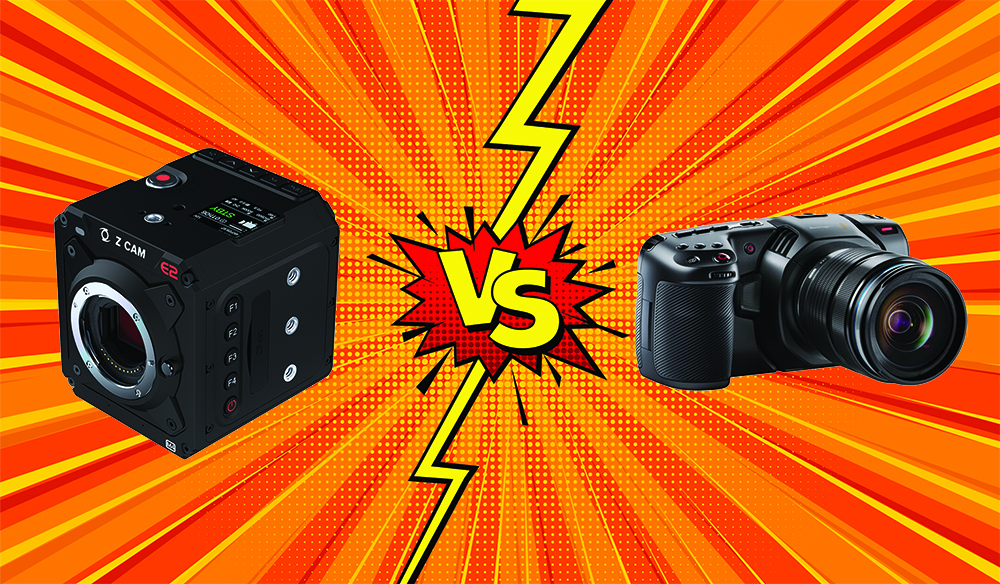 Z CAM E2-M4 vs Blackmagic Pocket Cinema Camera 4K — Which Should You Buy?

Let’s look at the pros and cons of the new Z CAM E2-M4 next to the beloved BMPCC4K. Which is worth your money?

With Z CAM’s announcement of the new E2-M4, the company gets that much closer to establishing itself as one of the best consumer-level camera brands. With cinematic capabilities at a super-affordable price, Z CAM’s latest bears a striking resemblance to one of our favorite affordable cine-quality cameras: The Blackmagic Pocket Cinema Camera 4K.

Let’s take a look at how they stack up next to each other and try to determine which one has the upper hand. (Spoiler Alert: They’re both solid and worth renting or buying.)

Let’s start with the sticker. Both cameras lean toward the affordable side of things, especially when you take quality into consideration. The Blackmagic Pocket Cinema Camera lists for $1295. The new Z CAM E2-M4 will set you back $1400 when it hits shelves in June. That’s only a $100 difference. And when you factor in the specs of each camera, it already starts looking like six of one, half-dozen of the other. These cameras have a lot in common. Do those similarities extend to sensor power and recording capabilities? Let’s see.

4K @ 160fps for $1499. That’s what most people noticed when they first heard about the new E2-M4 release. Sure, it’s a big selling point but there’s a lot more to look at. When you get down to it, both of these cameras are way beyond what we thought was possible at this price. Neither disappoints, and your preference between the two will ultimately come down to style and taste.

In the above video, Kai W dives into what makes the E2-M4’s predecessor such a solid camera. (While the version he’s spotlighting is the model before the E2-M4, the features covered in the clip will be found in the E2-M4 as well.) Take a look at the respective specs for the Z CAM E2-M4 and BMPCC4K, and then we’ll talk a little about what it all means for you.

Want a quick overview of the BMPCC4K? Start with the clip below. This video by Caleb Pike is probably the most comprehensive, easy-to-understand review of the product to be released.

UglyMcGregor was one of the first filmmakers to put the possibilities of the BMPCC4K on full display. For our dime, this is one of the best and most beautiful BMPCC4K reels in existence. Check it. 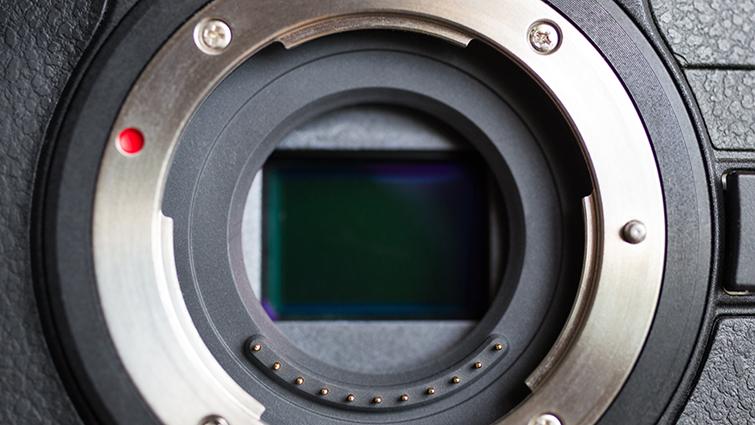 Z CAM’s inclusion of ZRAW into the E2-M4’s codec capabilities is what really puts the camera into the same conversation as the BMPCC4K. Its ability to record at 4096×2160@30fps is big step in the right direction — but is ZRAW accessible to someone who’s new to the Z CAM lineup?

If you shoot in ZRAW and want to batch develop and grade shots before bringing them into DNxHR HQX files, you have to use the ZRAW VideoSuite which only runs on Windows 10 (and doesn’t integrate with Premiere or Resolve). If you shoot in BRAW, you have to grade in Resolve. So both approaches to recording come with some serious limitations.

Finally, the E2-M4 can record 12-bit Apple ProRes RAW up to 4K60p, but only with the Atomos Ninja V. So, before you jump into the ProRes RAW pool, you’ll need to factor in this cost as well. Actually, that’s a nice segue into our next topic: Accessibility.

(If you’d like a side-by-side comparison of the images produced BRAW vs ZRAW, check out this test via Cinema 5D.)

There are a few key differences between the cameras — interface, user-friendliness, and build — that will determine your happiness when shooting. The first difference — the BMPCC4K has a stationary monitor on the rear of the camera. The Z CAM has no monitor, but it does offer the option to use your phone as a live display when shooting.

This might seem like a ding against the E2-M4, but it’s not. It’s more of an “it is what it is,” especially when you consider that shooting outdoors with the BMPCC4K will still require an external monitor, as it’s virtually impossible to see your image clearly on the built-in screen. Plus, even when shooting indoors, the BMPCC4K screen’s position makes it exceptionally awkward to look in a lot of situations. So, with both cameras you’ll need an external monitor.

One advantage the Z CAM has over the BMPCC4K is the ability to add devices to the build. The E2-M4 features nine 1/4″ mounts for an Israeli arm, microphone, drive holder, and anything else you might need. The BMPCC4K has only one. No shoe mount, just one on top of the camera. So with the BMPCC4K, you might have a monitor built in, but you’ll almost definitely need to purchase a cage to outfit the rest of your rig.

It’s no secret that the BMPCC4K’s build feels cheap. The body is plastic and very reminiscent of a DSLR — a weird choice for a cinema camera.

The Z CAM, meanwhile, looks and feels like a cinema camera. It’s built like a tank, and it’s built to be built upon. As for interface, the Z CAM has a tiny little screen on the back that allows you to control your settings. It also has a few tactile rubber buttons, if you’re into that kind of thing. The BMPCC4K’s settings are accessed through a wide, rear-mounted touchscreen.

Finally, Z CAM’s body is a little less awkward to mount onto a Steadicam or gimbal. Its weight displacement isn’t nearly as janky as that of the BMPCC4K.

Z CAM made the right call with its Micro Four Thirds mount. (FYI, the camera’s product page features a hefty list of viable lens options.) You can obviously use whatever lens you want and attach a speed booster/adapter to fit whatever you need.

Of course, the BMPCC4K has a Micro Four Thirds mount, too. So, ultimately, this is just a Micro Four Thirds appreciation post. Both models really nail what makes the format shine — lens variety and respectable sensor size, all at a totally affordable price. Perfect for filmmakers who want to keep things light and under budget. 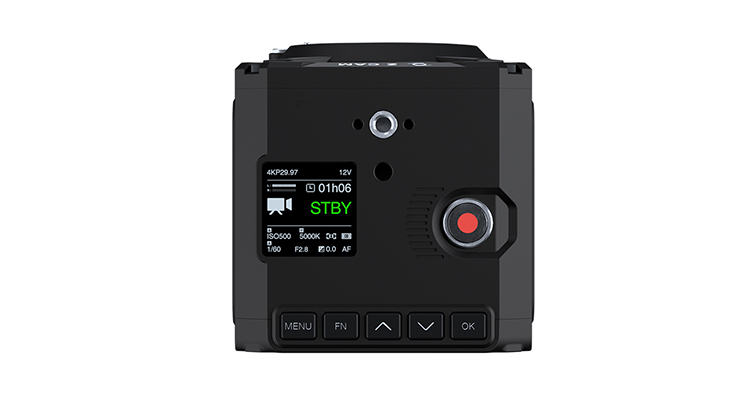 Live-streaming capabilities are a sought-after camera feature these days, and products like the Elgato Cam Link 4K have made it possible to stream from cameras like the BMPCC4K. The E2-M4 will live stream right out of the box, with no external encoder connector required.

Will this be enough to get people to choose Z CAM over Blackmagic Design? Hard to say. With more events moving online and more organizations going remote, the E2-M4’s built-in streaming features are certainly attractive.

Circling back to accessibility, you should also factor in that a Blackmagic purchase includes the bonus of working with DaVinci Resolve. Resolve is free, and the pay-for-it-once Studio upgrade is strong. (What kind of monster is still paying monthly fees for an NLE? Come on.) If you want to see what the Z Cam workflow is like, check out the video below.

So, which camera should you buy? Well, even after everything we’ve covered, the answer is complicated. You can’t have a good camera if you don’t have a good lens. And your image quality is only as good as the sound that accompanies it. And even if your film looks and sounds amazing, if the acting isn’t up to speed, you’ve got nothing. So, you have to factor in your entire reality before settling on a camera.

If you’re a Premiere Pro user, maybe go with the E2-M4. If you’re into Resolve, go with the BMPCC4K. They’re both great cameras that can make your film look like it was shot with a silver-screen-level camera.

Myself? I’ll be sticking with the BMPCC4K for now, as I’ve grown to love Blackmagic Design for everything the company does for creatives like us. And, really, I’m the most familiar with it, and I’m not currently looking to branch out.

Nonetheless, I’m still happy to endorse the Z CAM E2-M4. The company is taking a page out of BMD’s playbook by ignoring the old ways of up-selling gear, and they’re maintaining focusing on what matters – enabling storytellers to share their vision with the world in new and exciting ways.

Check out the articles below for even more info related to lenses, cameras, and other video gear.