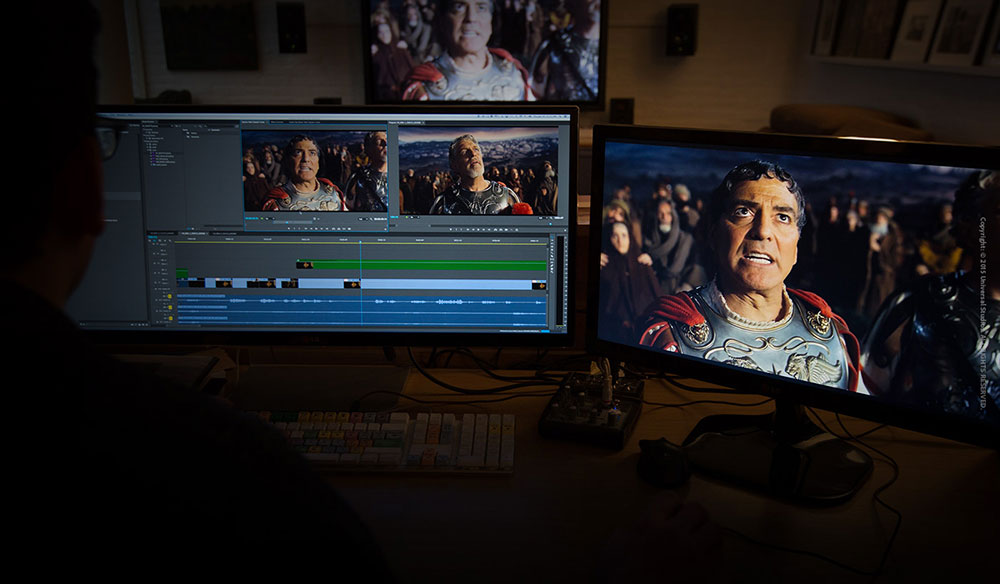 We’ve rounded up some bits of advice from some of the top filmmakers who chose to edit their films using Adobe Premiere Pro.

For many, the single greatest challenge when editing a movie is simply getting started. If you think about it for too long, the idea of editing hours of footage into a single, artistic vision can be overwhelming. There are so many hard decisions to make. And, once you start adding in some complicated editing tasks — like sound, color, and VFX — it starts to make sense that you’re looking at several months of work.

Luckily, you’re not alone. There have been countless editors who have gone before you and succeeded. So, whether it’s a feature film, a short, or even just a regular video project, here are some great examples of talented filmmakers and editors who have edited using Adobe Premiere Pro.

Originally an editor by trade, it should come as no surprise that filmmaker David Lowery writes, directs, and edits many of his feature films. One standout is the A24 hit A Ghost Story, which is notable for its heartfelt storytelling and sparse style. As you can see in the featurette above, Lowery talks about his Premiere Pro process — from the rough compositing stage to the final edits in After Effects. (You can read more about David Lowery’s editing and creative process here.)

Perhaps the most notable film edited using Premiere Pro is the brash superhero movie Deadpool. And because, of course, the character Deadpool would want you to know all about the editing process, the project often gets featured in Adobe’s promotions. However, the coolest thing to come out of Deadpool’s edit was when one of the editorial assistants actually made several of their Premiere Pro templates available online, which you can check out here.

It’s important that we highlight more than just narrative features. Many documentarians have used Premiere Pro to great success. PremiumBeat actually did an interview with documentary filmmaker Bobbito Garcia and his lead editor Raafi Rivero on their film Rock Rubber 45s, concerning Garcia’s unique place in streetball and Hip Hop culture. Their project is good inspiration for anyone diving into archival footage, with great tips on how to digitize, organize, and work with tons of antiquated footage for a modern story. (Read the full interview here.)

One of the unique benefits of working with an NLE like Premiere Pro — rather than a more sophisticated system like Avid — is that you can edit in a rush. This is exactly the case outlined by The Florida Project’s editor Mike Hugo in this interview with Variety. Hugo details how he edited the fast, loosely shot project on a laptop, in an odd sort of exchanging workflow between himself and Director Sean Baker.

Perhaps one of the best filmmakers of our modern time, David Fincher has a notorious reputation for adding a great deal of compositional elements to his films in post production. From creating new backgrounds to even adding things like cars and furniture, Fincher embraced Premiere Pro for his films — like Gone Girl (which you can read more about here) — as well as his more recent Netflix series Mindhunter (which you can read about here).

Acclaimed filmmakers Joel Coen and Ethan Coen made their own switch to Premiere Pro two years before their hit Hail, Caesar! came out in 2016. Additional Editor Katharine McQuerrey and Post-Production Supervisor Catherine Farrell, in an interview on Adobe’s blog, talked about the collaborative workflow they established with the Coen Brothers using the Media Browser and Dynamic Link.

The latest installment of one of the biggest action franchises of all time, Terminator: Dark Fate saw a very open editing process. From a round table discussion at Adobe Max, Director Tim Miller, Editor Julian Clarke, ACE Associate Editor Matt Carson, and Visual Effects Editor Jon Carr all opened up about their post-production process and their unique VFX-heavy workload. You can read more about the entire process here.

For more Premiere Pro tips, tricks, and inspiration, check these out.