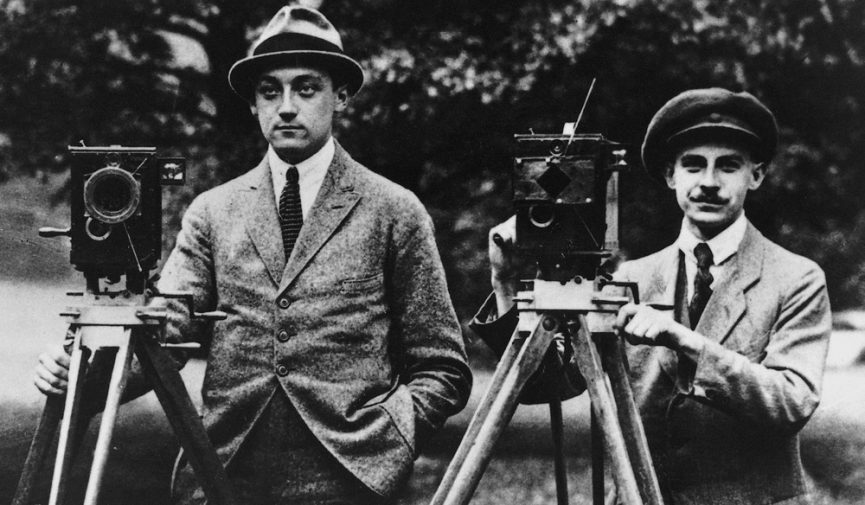 ARRI 100: A Century of Cameras, Gear, and Filmmaking

ARRI has been revolutionizing and setting the standards for image capture for 100 years. See how they have became the choice of filmmakers around the world.

But how did ARRI get to this point? Let’s dive into the 100-year history of ARRI, look at the cameras, and see what’s next.

ARRI in the Beginning

August Arnold and Robert Richter were childhood friends who first met in grammar school. As the friends grew, they worked in bicycle repair and eventually moved on to a local electrical company. The tech-minded duo soon became fascinated with the quickly evolving motion picture business.

In 1915, Arnold and Richter met Martin Kopp, a cameraman for Messter Newsreels. The two began working as Kopp’s assistants on documentaries and newsreels. They spent countless hours in the film lab, searching for better ways to expose film and create effects. While building a reputation as freelance cameramen, Arnold and Richter were able to purchase a used Urban 35mm camera — upon which they soon started making technical improvements. 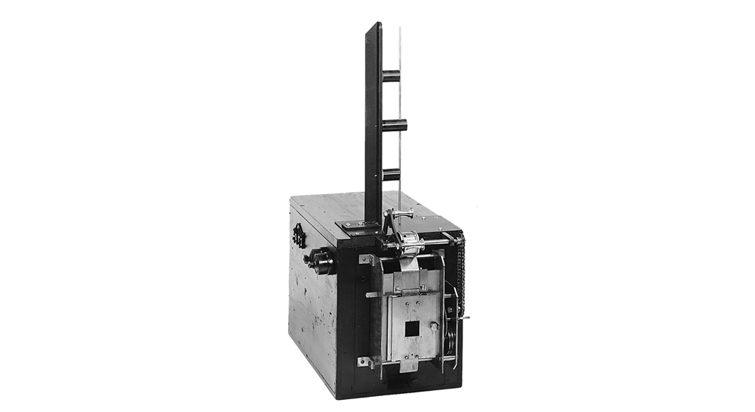 With their printer, the friends rented an old shoe shop on Türkenstrasse in Munich, Germany. (That very address remains as the company’s international headquarters.)

By 1918, Arnold and Richter were officially filmmakers, shooting many western feature films like Black Jack, The Yellow Strangler, and Texas Fred’s Honeymoon. Their work on set would drive them to push their camera’s technical abilities, as well as lead them to manipulate light with their own products. 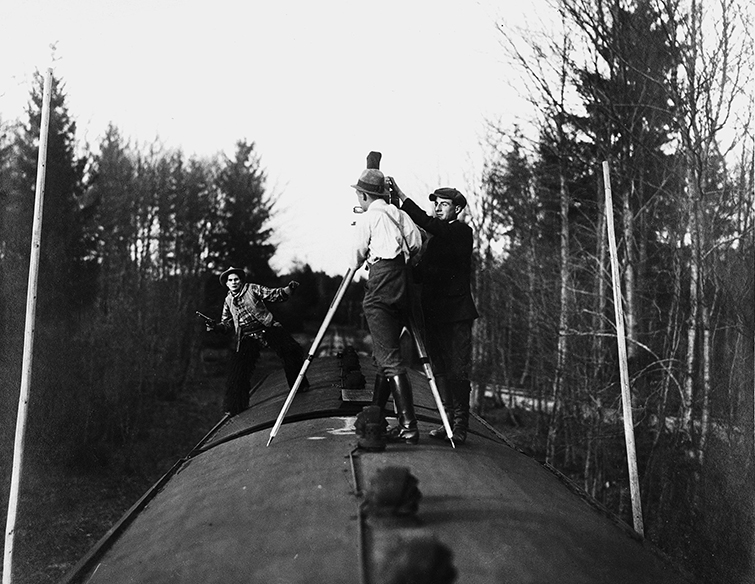 Arnold and Richter filming westerns with the Pathe camera via ARRI.

In 1920, Arnold and Richter began shooting their own independent productions: The Train Robbers and Deadly Cowboys. They shot on a Pathe camera, and the proceeds of the films let them see improved film printers.

After a large order of 24 printers, and with the proceeds of their productions, Arnold and Richter were able to finance the production of their own equipment. 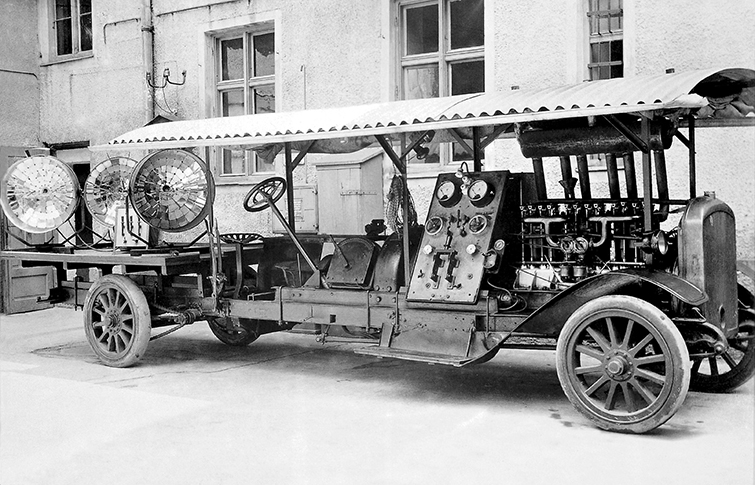 By 1924, ARRI began producing the first mirror facet reflector with an electric light bulb. To power the lights, they designed and manufactured a mobile generator — a long car-like vehicle powered by an aircraft engine.

1924 also marked the completion of ARRI’s first camera, the KINARRI 35 — a hand-cranked 35mm camera that could hold 100 feet of film. In between their own productions, they began renting their camera out to other cameramen.

In the mid-1920s, ARRI began having success with sales in the United States. The company had grown to 20 employees, who were building devices like the first large film processor with friction drive. In 1928, the company released the KINARRI 16, a hand-cranked camera designed for amateur filmmakers.

1937 proved to be one of the most influential years in the company’s history. Early in the year, they introduced the first ARRI fresnel lampheads. 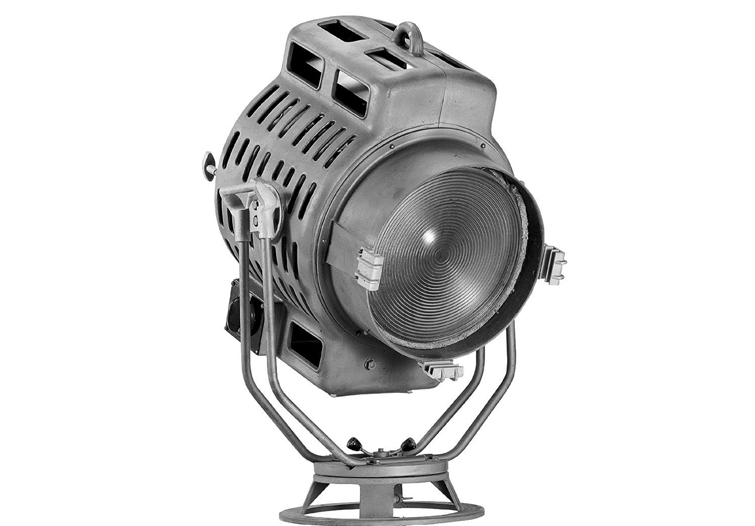 Shortly after, the company released the legendary ARRIFLEX 35. This was the first reflex mirror shutter camera, whose design influenced the look of film cameras for generations. For the first time, camera operators could focus through a viewfinder and frame their subjects without parallax errors.

The ARRIFLEX 35 has three lens turrets with three aluminum ARRI lens mounts. It was capable of shooting up to 80 frames per second with an additional speed unit. 45 years later, The Academy of Motion Picture Arts and Science presented the ARRIFLEX 35 with the Academy Award of Merit for the concept and engineering of the camera.

During World War II, the ARRIFLEX 35 was often used as a battlefield camera to capture intelligence — and to shoot training films and propaganda. ARRI decided to temporarily relocate their headquarters during the war to the old Brannenburg Castle. On July 13, 1944, bombers dropped incendiary bombs on a section of ARRI’s Munich office. The facility instantly went up in flames and was completely destroyed.

Following the war, Arnold and Richter returned to the original location to begin reconstruction. It took nearly a decade to complete. During that time, the United States government returned from Europe with several ARRIFLEX 35 cameras.

Director Delmer Daves was able to acquire one of the cameras. Using this, he had cinematographer Sidney Hickox film a subjective camera point-of-view for the Humphrey Bogart and Lauren Bacall feature, Dark Passage. 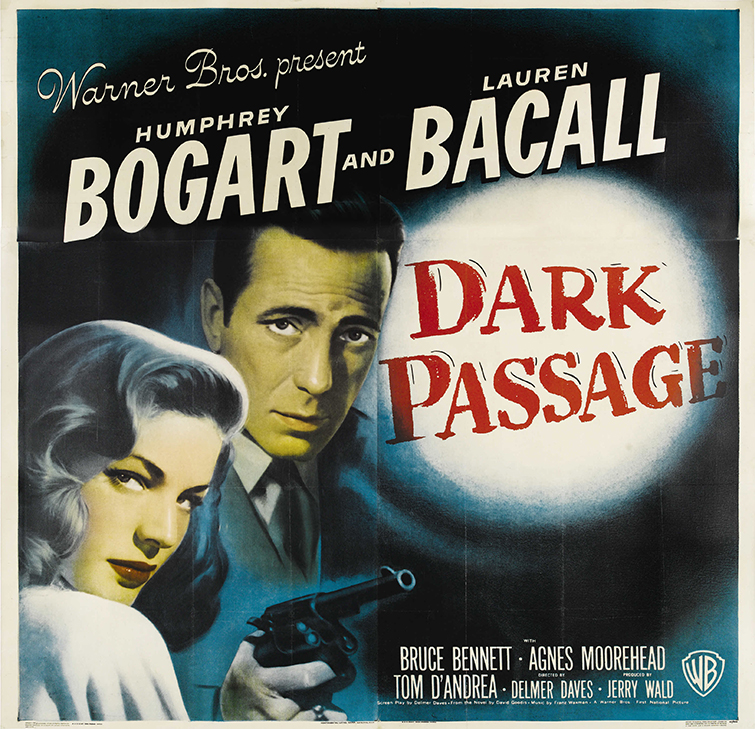 In 1948, documentary filmmaker Robert J. Flaherty released the film Louisiana Story, one of the first films shot on the ARRIFLEX 35II.

ARRI Rebuilds and Goes Big in the 1950s

During reconstruction after WWII, the company purchased new property in Stephanskirchen to house the factory that would design and manufacture ARRI lighting fixtures and camera magazines. In 1952, ARRI released its largest lamphead ever, properly named GIGANT 20kW.

That same year, we got the iconic image of legendary racer Graham Hill filming a training lap with an ARRIFLEX 16ST mounted to his race car. 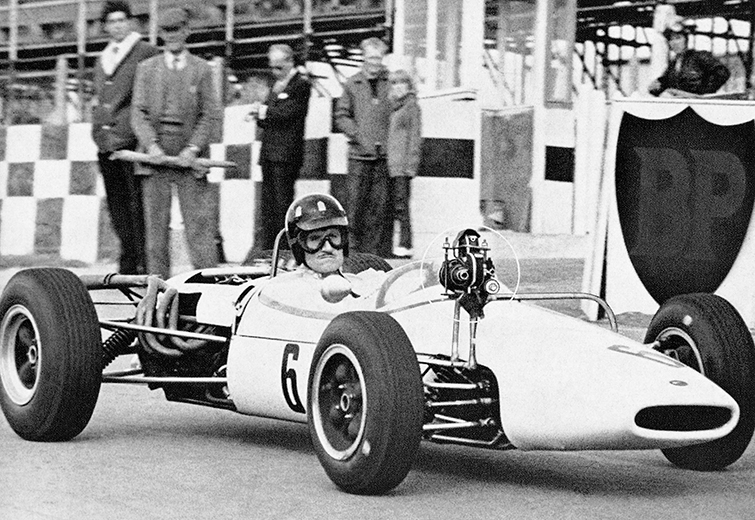 The ARRIFLEX 16ST was the first professional 16mm film camera with a reflex mirror shutter. The camera became incredibly popular among news channels and sports coverage, eventually making its way into documentaries and films. The camera would go onto capture major sporting events like the 18th Olympic Games in Tokyo in 1964.

With these new studios and offices, ARRI was able to quickly turn out newer pieces of gear at a rapid pace, like the first-ever sound-proof blimps for 16mm and 35mm cameras. 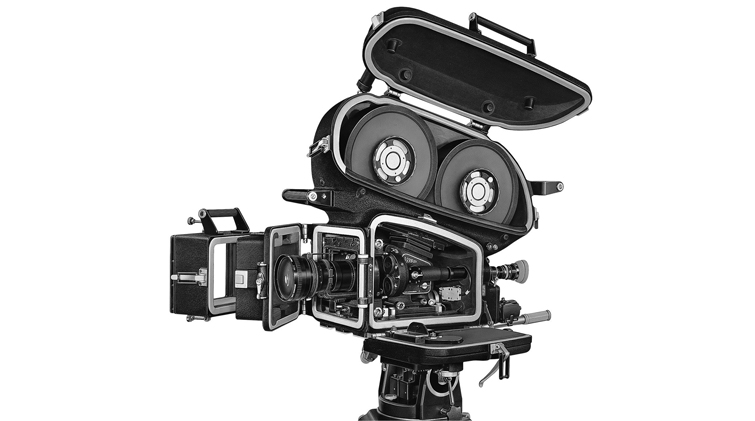 By the end of the 1950s, ARRI would open a new color printing lab and their own state-of-the-art cinema.

Well into the 1960s, ARRI began making variations of the popular ARRIFLEX 35II. Cinematographer Gilbert Taylor, BSC, ASC, used the ARRIFLEX 35IIB to run with The Beatles in the 1964 film A Hard Day’s Night. The film is credited with creating many techniques still used to this day in music video production.

There are still plenty of stories of Paul McCartney’s performance of “And I Love Her” as the executives at United Artists thought the shot had to be a mistake, as a lens flare cuts across McCartney’s face, ultimately silhouetting him during his performance. 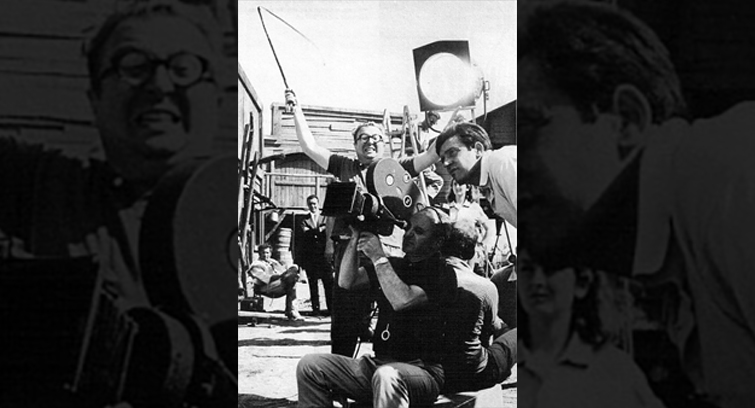 Set of The Good, The Bad and The Ugly via United Artists.

Around the same time, Sergio Leone and Tonino Delli Colli, AIC were using the ARRIFLEX 35CT/B Techniscope cameras to capture the epic Il buono, Il brutto, Il cattivo (The Good, the Bad and the Ugly) which premiered in 1966.

The mid-’60s also saw the birth of the ARRIFLEX 16BL, the first self-blimped ARRI camera. It was an immediate hit and was manufactured for years. The camera was often used well into the 1980s and 1990s, capturing films like The Evil Dead. 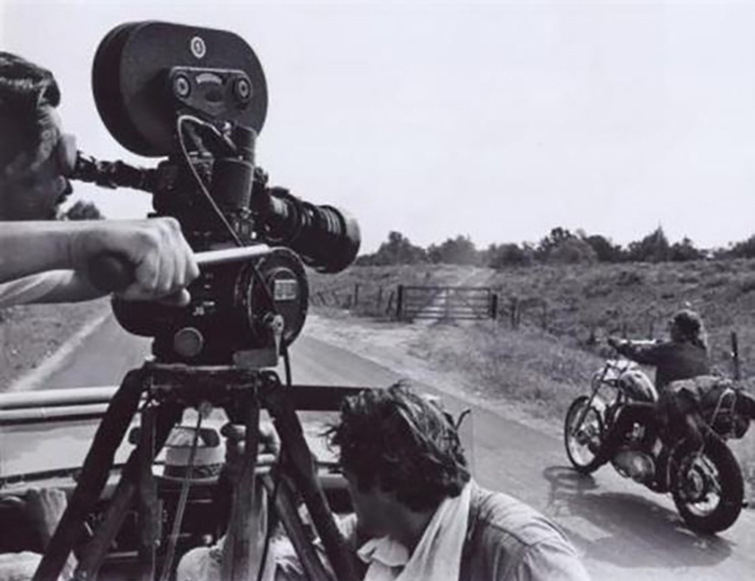 1969 saw the release of Easy Rider, which Laszlo Kovacs, ASC shot on the ARRIFLEX 35IIC. Kovacs often found himself riding in a 1968 Chevy Impala with a modified wooden platform, where he would shoot a majority of the road scenes by zooming and focusing the camera himself.

The 1970s were the prime of master directors like Martin Scorsese and Stanley Kubrick, who both turned to ARRI cameras. Kubrick had already had experience owning and operating ARRI cameras when he and John Alcott, BSC shot 2001: A Space Odyssey and A Clockwork Orange on the ARRIFLEX 35IIC.

In 1972 ARRI released one of their most legendary cameras, the ARRIFLEX 35BL. This was their first self-blimped studio silent 35mm film camera, which only weighed 33lbs.

By the early 1980s, ARRI eased into post-production workflows and launched ARRI Video in 1982 (which is now ARRI Film & TV). The ARRI STUDIO lights debuted in 1988, which were the first high-performance lampheads that used tungsten halogen lamps with wide-angle lenses to provide a 60-degree beam angle.

In 1989, ARRI went out-of-this-world by sending an ARRIFLEX 16mm into orbit onboard NASA’s Columbia and Atlantis shuttles.

The company also released the ARRIFLEX 765, a 65mm camera designed to provide the ergonomics of a 35mm camera body. The 765 is currently seeing a resurgence on the set of films for sequences in The Hateful Eight, Gravity, and Shutter Island.

As the 1990s began, ARRI earned an Scientific and Technical Award from The Academy for the continued improvements to the ARRIFLEX BL system with the ARRIFLEX 35BL-4S.

On top of that, ARRI released the ARRIFLEX 535. That 35mm silent production camera was often used as the B-camera on countless major productions like Schindler’s List, Amélie, Fear and Loathing in Las Vegas, and Gangs of New York. It was used as the primary camera on Bram Stoker’s Dracula. The ARRIFLEX 535B debuted two years later, which had a lighter weight and detachable viewfinder. 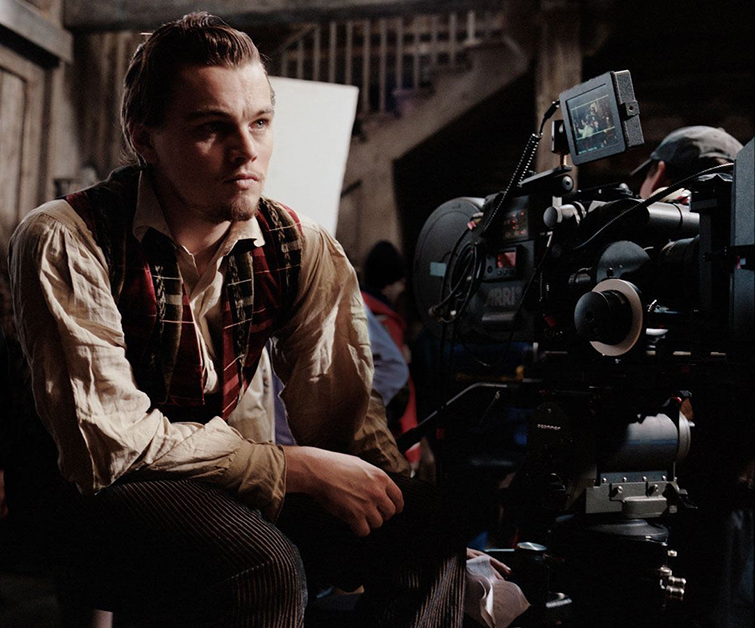 Set of Gangs of New York via Miramax.

By 1994, ARRI released another lighter 35mm camera: the ARRIFLEX 435, which like the previous models, primarily served as a great secondary camera. It was used for select shots in films like The Fifth Element, Super 8, Hot Fuzz, Inglourious Basterds, The Avengers, and Jurassic World.

The 435 and 535 cameras were often paired together on features and mini-series like Air Force One, Star Wars: Episode I, Lord of the Rings: The Two Towers, Oldebui, Band of Brothers, The Fast and Furious films.

Outside of camera bodies, the ’90s also saw new achievements with the ARRI/Zeiss Variable Prime lenses and Ultra Primes, as well as compact lights like the ARRISUN and ARRILUX. 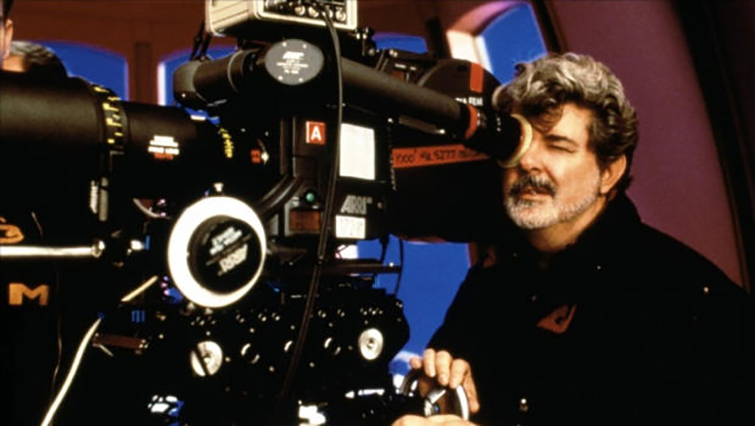 Set of Star Wars Episode I: The Phantom Menace via Lucasfilm.

The Rise of the ARRICAM and Going Digital in the 2000s

At the turn of the century, ARRI made a major move in camera manufacturing. After acquiring Moviecam in 1990, the ARRICAM finally debuted in the year 2000.

These cameras were the immediate choice of camera for major films like Children of Men, Munich, Brokeback Mountain, Casino Royale, The Departed, and a collection of Harry Potter films.

In 2003, ARRI released their first digital camera, the ARRIFLEX D-20. This camera was used alongside still cameras to capture the stop-motion film Corpse Bride — and used extensively on the film RocknRolla. After feedback, ARRI made changes to the image-processing software and released the ARRIFLEX D-21 in 2008. The D-21 was a hit in television production, shooting series like Downtown Abbey, Luther, and Community. The D-21 also introduced ARRIRAW capture in Data Mode.

By 2005 the company would release their brightest light fixture, the ARRIMAX. They also released the new ARRI/Zeiss Master Prime series of lenses. The ARRI Wireless Remote Control system received an overhaul with modular components, earning another Scientific and Technical Award from The Academy.

ARRIFLEX 416 Plus via ARRI.

In 2006, ARRI released the new 16mm camera the ARRIFLEX 416, a much more ergonomic camera. It was used on countless television series and films like The Wrestler, The Walking Dead, Black Swan, and Beasts of the Southern Wild. 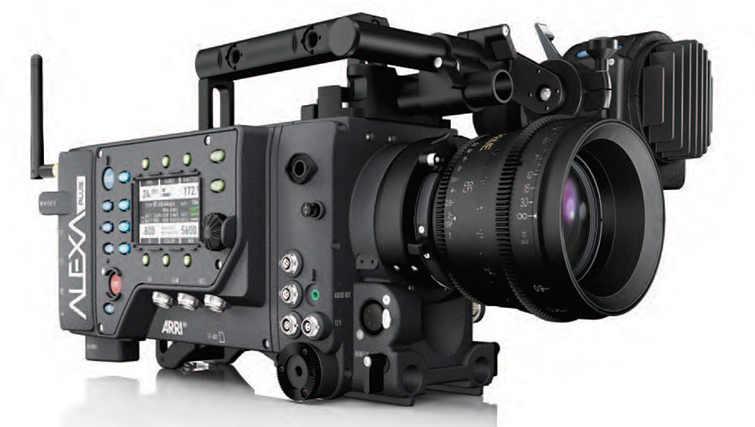 In 2010, ARRI raised the standards of image capture once again with the new digital ARRI ALEXA. The camera is truly revolutionary with its 35mm digital format that remains the standard of production today. The ALEXA offered an incredibly dynamic range, perfect for television and film production.

Today’s lineup of ALEXA cameras, including the ALEXA MINI, M, Plus, Studio, XT, and SXT, appear throughout the industry on countless sets. If you read any of the roundups of cameras used on Oscar-nominated films (2017, 2016), Emmy-nominated series, or even film festival darlings, you are bound to find that a majority of the productions used ARRI cameras.

In 2014, ARRI introduced the AMIRA. This camera’s ENG-style body with the ALEXA’s sensor was designed for documentary filmmakers and news shooters.

The ALEXA and AMIRA are used on so many films and series that it would be impossible to list. They’re used on major films like Rogue One, The Revenant, Arrival, The Jungle Book, Creed, and nearly every film in the Marvel Cinematic Universe. You can find them on shows like The Flash, Fargo, Key and Peele, and Scandal.

Here is a look at the productions using ARRI cameras from their 2017 NAB showreel.

To this day ARRI continues to innovate their camera line, lighting, lenses, accessories, and so much more. The most recent models of the ALEXA aim to give cinematographer even more freedom with their new wireless systems.

We want to wish ARRI a Happy 100th Birthday! We can’t wait to see what they come out with next. 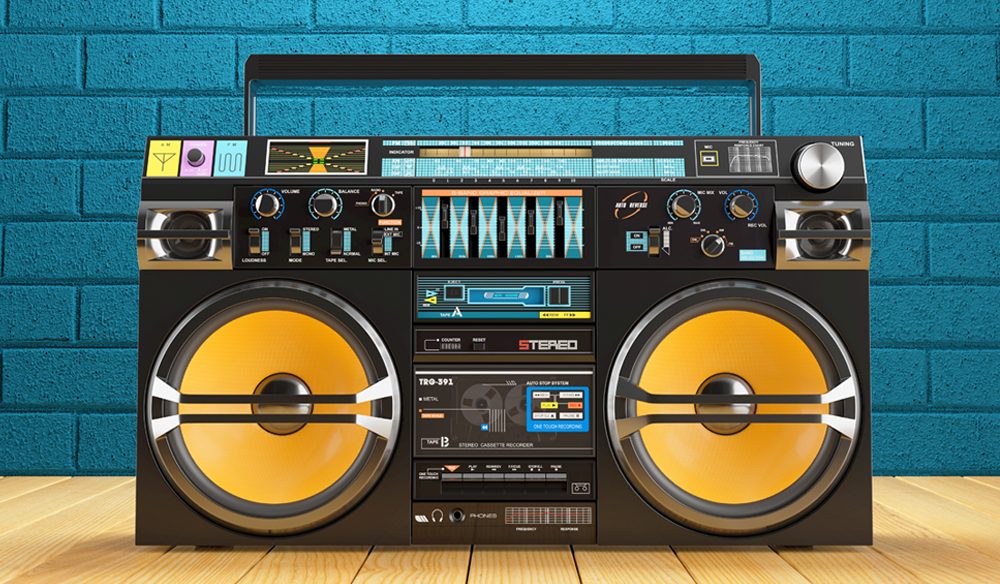