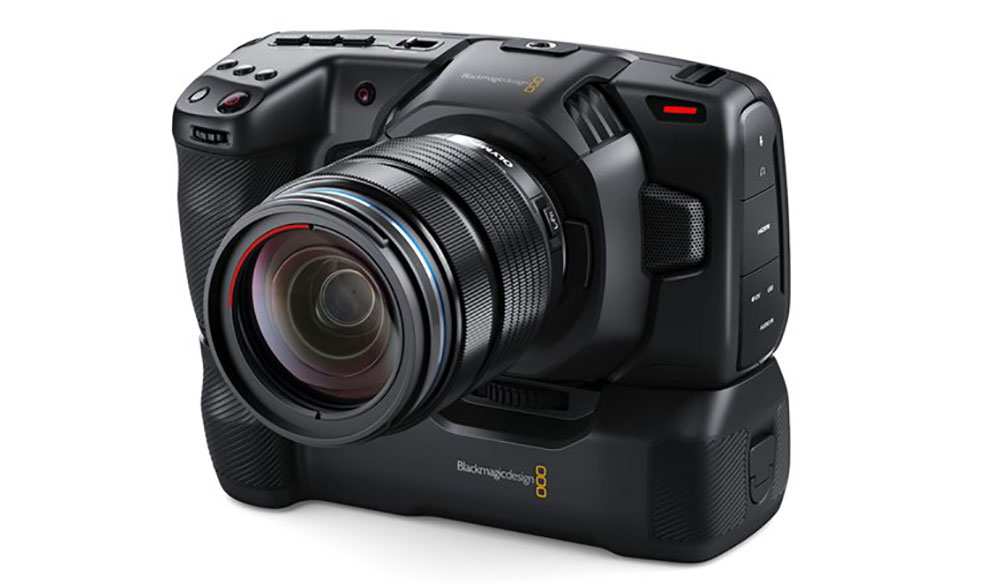 So what do you need to know about the Blackmagic Pocket Cinema Camera 4K and its power needs? We’ll walk you through the details.

The Blackmagic Pocket Cinema Camera 4K, which from here on out and to the end of time I will only refer to as the Pocket 4K, has slowly been arriving in the hands of eager customers. This is when we’ll start to see third-party applications arriving on the market with features or accessories missing from the Pocket 4K. One thing that new Pocket 4K users are currently trying to overcome is how quickly the camera goes through power. It was a criticism in our review, and it’s been a criticism of many across the internet.

On a fully charged LP-E6 battery, you’re going to get around 45-60 minutes of power. Although, two variables will decrease that length: one is how long you’re recording, and the second is if the LP-E6 batteries are from legitimate producers. The $60 Canon-branded battery is going to get you further than the “two for $30” deal you saw on Amazon. In the video below, Dave Dugdale describes the differences between a Canon LP-E6 and a third-party LP-E6. Essentially, you’re getting 75 percent of the overall power — when compared to the Canon branded battery — and the life expectancy of a third party battery is shorter.

Therefore, consider the following when buying LP-E6 batteries. I respect that not everyone has $120 to spare for two batteries, when the same amount of money can get you four-to-five third-party batteries and, in total, net you longer recording time. But, if the Pocket 4K is a long-term investment, perhaps the official LP-E6 is the way forward.

This will be a redundant suggestion if you’ve only recently received your Pocket 4K, as recent batches shipped with the 6.2 firmware. However, if you’re working with firmware older than 6.1, it’s a good idea to update. In the 6.1 patch, one of the many improvements was improved power efficiency for improved battery life.

I imagine the Blackmagic wizards were able to reduce the power dependability on some features — and for them to only be active when activated. This is similar to how a laptop operates on a power setting for battery life. But, without specific notes from Blackmagic, this is just a shot in the dark. However, as Arber Baqaj states in his video below, he was able to get 60+ minutes of recording time on the standard battery that comes with the camera.

At NAB 2019, Blackmagic announced the Pocket 4K Battery Grip. This new accessory steps further away from the whole “pocket” notion, but for those who feel somewhat self-conscious for using a compact device on a paid job (guilty), this attachment does make the camera look significantly more substantial. But, of course, the essential factor is the enhanced power performance.

The battery grip eliminates the use of the LP-E6 batteries; instead, it requires Sony L series batteries. This is a slight pain if you’ve already acquired several LP-E6 batteries, but it’s a worthy investment when looking at the power capacity of one L series battery vs. one LP-E6. The battery grip will house two L series batteries and will allow the user to shoot nonstop for two hours from a single charge. I imagine for short takes and candid capture the charge may take the life of up to 4-5 hours of operation time. As with the standard LP-E6, you can also charge these batteries through the camera via the 12V DC connection.

The grip will retail for $250 and is expected to ship around August. While the grip and extended battery life is a much-needed addition, it does create the problem of how current cages and equipment will work — because, well, they won’t. A SmallRig full-body cage will become obsolete with the grip. Likewise, a drawer filled with spare LP-E6 will become a junk drawer — if you intend on using the grip attachment at all times.

Therefore, before fully investing in camera rigging and batteries, decide if you’re going to invest in the battery grip, as it’s going to alter your setup and increase your costs.

The majority of larger camera systems and filmmaking accessories use the V-mount battery. If you bought a Pocket 4K camera to complement an URSA Mini, it’s likely you may already have a good number of V-mount batteries ready to use. While tests with the V-Mount battery aren’t as common as the LP-E6, it’s been suggested that the average on-and-off runtime is around 5 hours. The problem, however, is how do you attach the V-Mount battery to the Pocket 4K, as there’s no Molex connector?

Well, there are two methods. First, if budget is minimal, you can create one yourself. The following video, from Tom Antos, goes over the process of how to make your own DIY V-Mount connection. (Side note: Tom also runs through a number of alternative DIY battery options for the camera.)

Antos produced their video in late 2018. Since then, we’ve seen several Pocket 4K V-Mount plates released onto the market. Therefore, if you weren’t that proficient in technology class, it’s okay; the third-party market has you covered. You don’t have to get out the soldering iron just yet. 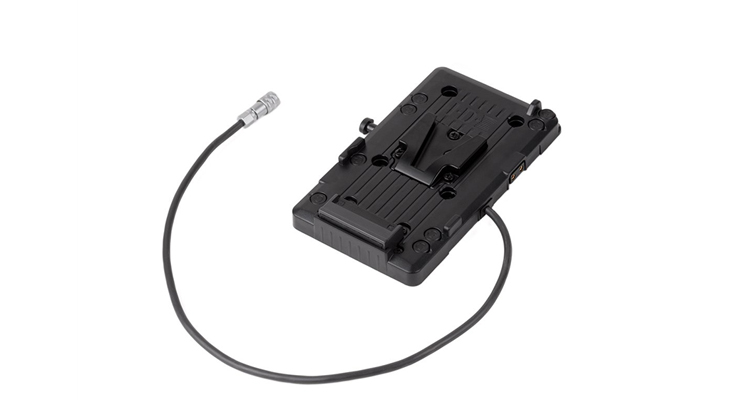 You can pick up a Wooden Camera Pocket 4K V-Mount plate for just under $200. And, if you already have V-Mount batteries, it may initially appear like a better investment than the battery grip. However, you’re then going to have to add additional camera rigging to support the V-Mount battery and plate. This can easily add up to a $300-$500 investment. Therefore, perhaps it’s not a cheaper investment than the battery grip — whether you have V-mount batteries or not. And again, of course, it will increase the overall size of a camera that you may have originally purchased for its compact design.

The Pocket 4K is a fantastic camera that produces beautiful imagery. There’s no debate there, especially for the price point. Yet, it reminds me somewhat of the time I purchased a 5D Mark II as an eager 19-year-old filmmaker. The 5D Mk II required a lot of accessories to get it adequately operational as a filmmaking camera. I have similar feelings with the Pocket 4K. After buying the body and lens (if you don’t already have one), it still feels like you need to keep financing the camera in order to film for just a few hours. Perhaps we shouldn’t cast such a shadow over a camera that didn’t seem possible in 2009.