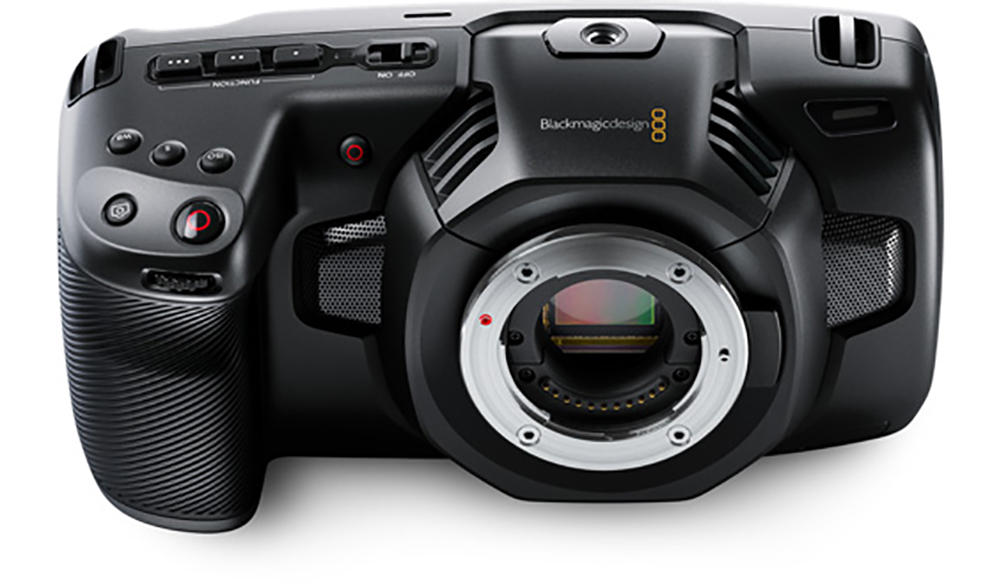 In our latest hands-on video gear review, we cover everything you want to know about the Blackmagic Pocket Cinema Camera 4K.

Earlier, this year I decided to part ways with the Panasonic GH5. Between using the Blackmagic Ursa Mini 4.6k for video work and using the Fuji X100F for street and travel photography, I felt like the GH5 was no longer necessary, and it was losing resale value with each passing day. However, after the sale, I couldn’t help but feel seller’s remorse because I knew I could no longer get some shots without renting a smaller unit — the Ursa Mini isn’t exactly DSLR mini. Yet the GH5 wasn’t exactly the perfect camera either. (Great, but not perfect.) I needed something small that could match the likes of the Ursa. So was that Blackmagic Pocket Cinema Camera?

This review for the Blackmagic Pocket Cinema Camera 4k ended up entirely different than what I intended. Initially, I wanted to compare it to my Ursa mini 4.6k to look at focus and color — to test dual-native ISO and so forth. Then, life happened, and things got in the way, and my careful studio-controlled review was trashed.

Instead, in a mad rush to test the camera (the review unit was due to go back in just a few days), I found myself scaling the slippery cliffs of the local shoreline during a heavy shower to capture the setting sun. And in all honesty? This was probably the best way to test the camera. Crudely tucked under a row of bushes and waiting for the downpour to finish so I could quickly run out and capture the shot gave me a far better sense of how the camera operates.

First and foremost: the image quality. Set for the highest quality possible, the BMPCC4k boasts 13 stops of dynamic range, at 4K DCI, with 12-bit Cinema RAW DNG format. To imagine these features in a camera that costs less than a Canon 5D back when the 5D Mk II was all the rage would seem implausible. Yet, here we are at $1,299, and it ships with the studio version of Resolve 15.

The image the camera captures is beautiful. With the Film setting log curve, the camera offers a more subdued digital image than other cameras in its price range, which sometimes yield an images that’s too sharp. (I found that you get a more film-like image by underexposing by one stop.) The camera has dual native ISO at 400 and 3,200 (you can learn more about dual native ISO here), which offers clean footage in both well-lit and low-light environments. However, the camera automatically changes to the upper gain circuit at ISO 1250; therefore, if you’re seeking more light and changing to 1000 ISO, you will get a cleaner image by switching to 1250 ISO. (I shot the image below at ISO 1250 on an overcast day close to sunset, and after correction and grading, there was little to no apparent noise.) 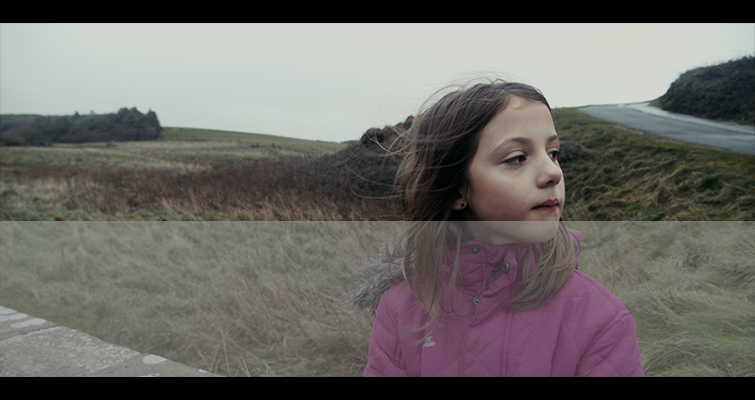 I am convinced that next to Sony’s magical, low-light A7 line, the BMPCC4K is the next best tool. In regards to skin tone, the problem I had with the GH5 was that I felt like I was always adding red back into a desaturated face, and I also had various skin tone issues with the GH4. I thought that perhaps this was just going to be a recurring issue with the MTF sensor. However, with Blackmagic’s color science, that was not the case. 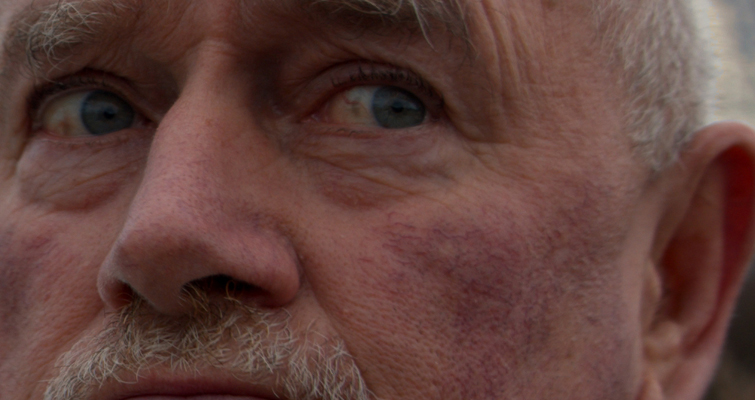 If you’re coming from a DSLR or mirrorless background, you’re going to be very comfortable operating the BPCC4K. The design, although somewhat retro, is similar to a DSLR. It has a front-and-back operating dial that controls the iris and shutter speed. You’ll find the primary record button where you would find the shutter release, and ISO and WB buttons are in familiar places.

As I initially stated, I was in a mad rush to beat the wet weather to test out the camera, and there was absolutely no need to reference the manual or online help to figure out how to operate the camera. Whether you have an entry-level DSLR or a Canon 5D Mk IV, you can pick this camera up, take one look at it, and know how it works. 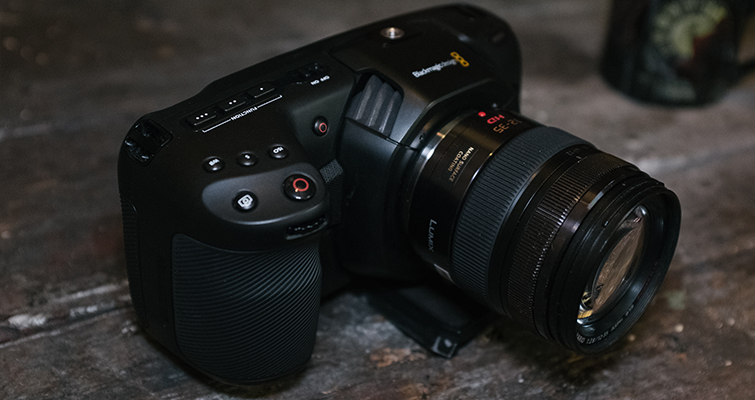 However, there was, and is, something slightly alien about the design. Perhaps it’s the size, due to the 5″ LCD screen that encompasses the rear of the camera, but it doesn’t feel quite as well-fitting as a DSLR. But, since you won’t spend the majority of your time with this camera holding it like a stills camera, I’ll happily take the larger screen over a more ergonomic design.

The camera itself, which weighs 0.72kg and is 178x85x96mm, isn’t quite as pocket-sized as the name suggests. However, if you already have a DSLR backpack, then you won’t have to reshuffle your carry equipment just yet. While the camera feels cheap, it’s made from a reinforced carbon fiber composite. The screen, however, is perhaps my biggest grievance.

While it was nice to have a handheld device with a screen I could view in direct sunlight, I couldn’t help but feel like the camera was designed to use with a dedicated monitor. There’s no articulating screen for low angles or awkward positions — you’ll have to hit record and return to a comfortable position. In 2018, for a compact system that is solely designed for filmmaking, an articulating screen is a must.

Likewise, there are quite a few camera operations that you can only access through the touchscreen, such as formatting your CFast or SD card, and as a result, I found myself continually removing smudges from the screen. While most DSLR and mirrorless cameras also have touchscreen elements, you can often do what you need to using the menu wheel or the focus joystick. In fact, if you were to use the Zoom In button, you can only move to a different area of the composition by moving the picture on-screen as you would on a tablet.

On the camera itself, you’ll find a standard bottom and top 1/4 thread mount, and neatly tucked away on the right-hand side of the camera is an array of connection ports: 3.5mm Microphone input, headphones input, HDMI out, power input, USB, and a Mini XLR input. Creatively, the flap that hides the ports has been split into three sections. So if you need the 3.5mm microphone and headphone jack, you won’t have to expose USB and HDMI ports to the elements. 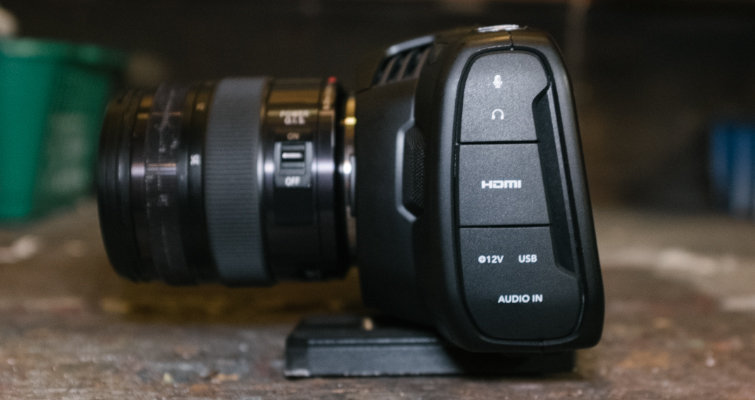 It’s not great. At all. On the night before the test shoot, I fully charged the battery, and after recording 40.8gbs of content the next day, which came in at just over ten minutes (00:10:08:18) of footage, the battery was dead. Including finding the composition, focusing, changing the camera settings, and moving to a different position, the BMPCC was on for around 40-50 minutes.

At first, when I saw the recording cut out, I swallowed my heart, thinking I’d just bricked the review unit. It was only when I turned it off and back on that I caught the dead battery icon before it cut out again. Had I accidentally turned the camera on when placing it into the Pelican Case? Did I not fully charge the battery the night before? After corroborating my experience with other reviews and video tests, it’s simply that the BMPCC4K eats battery power. While the batteries (LP-E6 battery) are relatively inexpensive, it certainly adds a few hundred dollars to the initial cost of what should have been a reasonable price.

If you’ve used a Blackmagic camera before, the BMPCC4k user interface will be very familiar. If you haven’t, don’t worry — the interface could not be simpler to use. As I often state in my Resolve tutorials or write-ups, Blackmagic makes navigating and finding functions very user-friendly.

You get to the main menu system by hitting the menu button, and from there, every adjustable setting falls under specific groupings and submenus 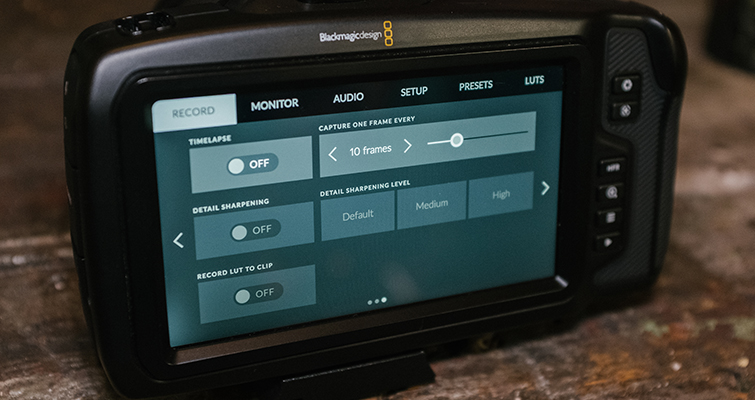 An annoying factor of filming with a DSLR or mirrorless camera is that because they are photography cameras first and foremost, so many settings are buried deep within the still camera functionality menus — even though you may have a dedicated “movie” menu to work from. For example on the GH5, if you want to make sure the camera has a video priority display, meaning it gives you a 16×9 view rather than the 4:3 still display, you would have to go through the custom setup menu, to the fifth page, select Video-Priority Display, and turn it on. That’s quite a hassle for a feature that should be in the video settings menu. With the BMPCC4K, there’s none of that.

The menu divides into several pages: Record, Monitor, Audio, Setup, Presets, and LUTS. Each primary page houses a few sub-pages with more settings. And activating or deactivating a setting is exceptionally easy. Quite literally, every setting is either on or off. There are no ambiguous settings, and no settings are hidden deep within several subpages. Respectfully, the UI is very Apple-like.

As I mentioned before, there is also a variety of settings on the home screen. Need to adjust the frame rate? Just tap the 24fps in the top-left corner to switch to a different frame rate. However, this is where the UI failed me. If you click on any area of the image, the autofocus will (poorly) adjust to the area that you’ve tapped. And as I also said, many of the conditions I was filming in were wet, windy, and cold — the perfect formula for clumsy fingers. If I were slightly above the top menu or over the bottom menu, the BMPCC4K would then focus to the area I accidentally tapped. When you’re trying to capture the perfect moment, and you want to switch to a different setting or activate a function, it’s not ideal to accidentally lose the focus of the shot. While I would like to say it’s easy to bring the focus back with a simple tap on the original object of your focus, I found the autofocus rather lackluster and slow, which resulted in me manually focusing — a method I prefer anyway. 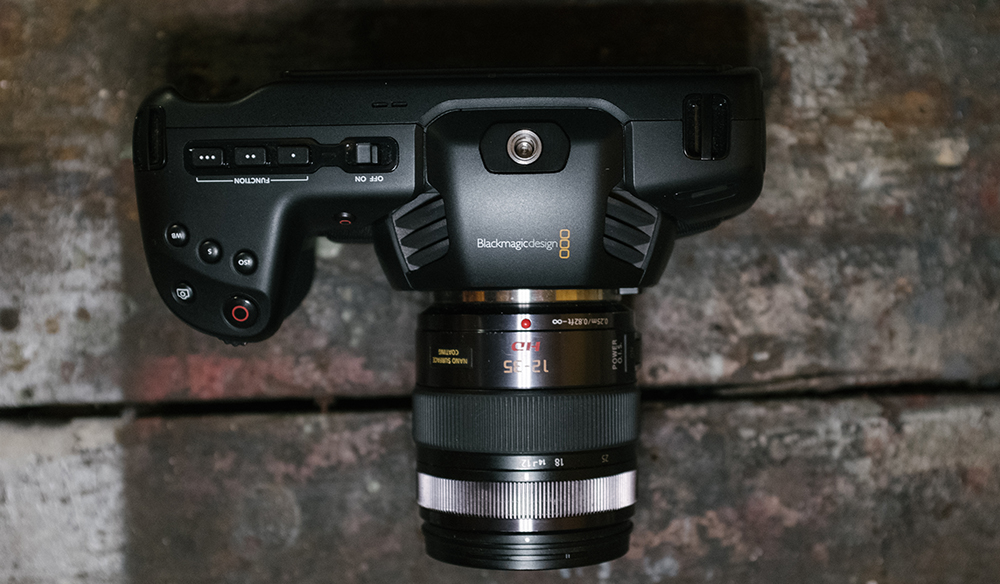 I think it’s easy to compare BMPCC4K to current still cameras on the market and criticize it for missing features, such as continuous autofocus or an articulating screen, but this camera was never designed for those features. It’s a pocket cinema camera, it more properly deserves comparison to the Ursa Mini or C300. And truthfully, when you compare it to the Panasonic’s GH series or the Sony’s A7 line, outside of the picture quality, the BMPCC4K does fall short. It’s a little awkward to use, the battery life is non-existent, the screen continually needs cleaning, and you’re also going to need a lot of storage space if you’re shooting in 4K RAW. However, the quality of the footage from this sub-$1,500 camera is astronomical.

When compared to the likes of the Ursa Mini 4.6k, and seeing the quality more or less match up for just a fraction of the cost, it becomes a very worthwhile investment for filmmakers looking to capture footage with a more professional color space than what mirrorless cameras offer. I imagine that with a few firmware updates and some third-party hardware additions, this time next year this camera will be a user favorite.

Looking for more gear coverage? Check out these articles.