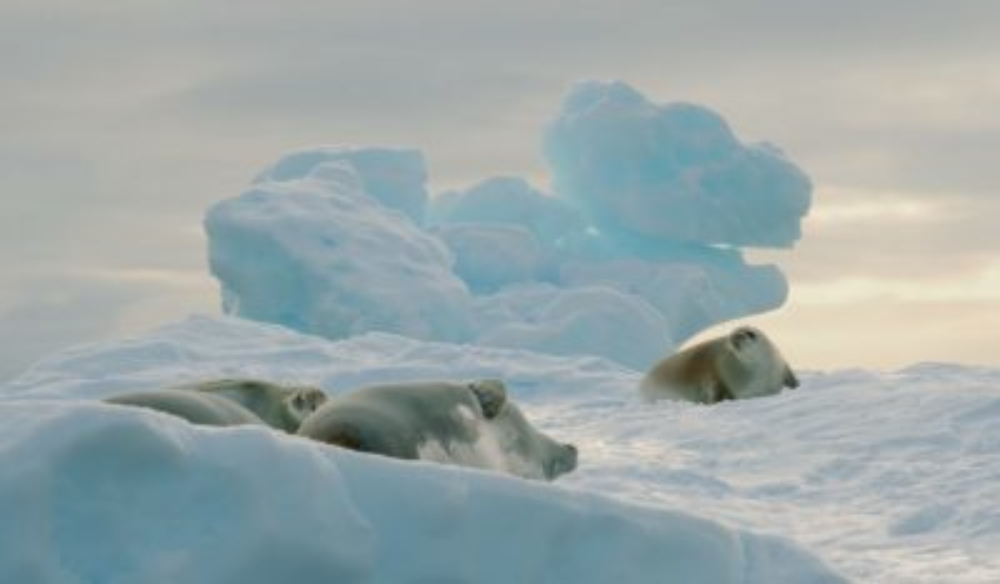 For the past two years, Blackmagic and their 4K and 6K pocket cinema cameras have crowded the internet with luscious cinematic content. While we’ve seen these cameras put to use from short films to music videos, there’s been little online content in the way of putting these cameras in extreme conditions, such as the deep ocean or extreme weather. Well, thankfully, Florent—one half of the filmmaking duo that produces content on Of Two Lands—recently just released a multi-part travel series in which he documents his trip to Antarctica for Aurora Expeditions.

From the video above, not only is the content beautifully shot, but the image quality is more or less what we expect from a BBC nature series. And yet, it was shot on the $1,995 BMPCC6K. We recently sat down with Florent to ask him how the BMPCC6K held up in such conditions and some tips on filming in such a vivid environment.

An Interview with Florent Piovesan

Premium Beat: Notably, like the majority of cinema cameras, the Pocket 4K and 6K are without IBIS. As such, those who are unfamiliar with cinema camera systems and are from mirrorless/DSLR backgrounds instead are often put off by the lack of that feature—even though it’s a norm. Your 6K shots are incredibly stable, especially on a moving ship. Was there anything you did specifically while recording and in post to keep this level of stability?

Florent Piovesan: I actually get asked about that all the time. I have always shot handheld and never had IBIS in any of my cameras, whether or not they were cinema ones, and it never bothered me. I do use lenses that have IS and it really helps.

In Antarctica, when I was on the boat and capturing landscape/ocean footage, I would often lean on the railing to add another point of contact and it helped a lot. The boat was pretty big so the movements were predictable and smooth. The wind was an issue, though. Otherwise, I would just put the camera as close to my body and lock my elbows which seemed to work. On land, I found myself kneeling down a lot when shooting and trying to control my breathing.

When none of the above worked, I would sometimes film in slow motion, which added another level of stability.

I am generally quite stable when it comes to handheld footage since I shoot ninety percent of my work this way.

In post, I would sometimes stabilize a few shots, but mainly to fix micro shakes caused by wind or just by myself shaking because it was freezing!

PB: We know that snowy landscapes and compositions with an abundance of white can cause exposure metering and white balance to act sporadically. If you ran into these issues with this, how helpful was the Blackmagic RAW in correcting said issues?

FP: Yes, filming snow is always tricky. I have used Blackmagic cameras for years and so I am used to the way they behave under such circumstances. I used the histogram all the time to make sure I wasn’t losing any details.

This project was actually shot in ProRes. While I like the flexibility that RAW can offer, I was shooting this content for an expedition company and ProRes was a better option for both the end use and archive.

What is even more impressive from a specs point of view is that I made the decision to shoot all of it in ProRes LT not 422 HQ, or even regular 422. This was done purely to save data since it was such a big trip. And, I have to say, I was quite happy with the amount of detail I was able to retain.

PB: In Episode Three, you noted that day was one of the easiest conditions to shoot in, and in a later episode, when it snowed, you had to switch to the EOS R due to the weather sealing. In general, how did the 6K handle in such extreme temperatures?

FP: The Pocket Cinema Camera 6K did really well in those extreme conditions. The only reason I switched to the EOS R on that day is that it was snowing so much that it wasn’t worth the risk to use the 6K since it was my main camera and that we were still early in the trip.

I did shoot in heavy snow and crazy wind later in the trip, especially on Deception Island and the Pocket Cinema Camera 6K worked with no issue. I actually thought I might lose battery life or that the screen would freeze but nothing like that happened at all, which is quite impressive. I was just worried about the vents at the top and even though the camera was quite wet by the end of that morning, it was fine and kept working as usual.

I have shot with the original Pocket Cinema Camera in Iceland, years ago, and the camera would stop every now and then. The temperatures were nowhere near as cold as Antarctica, so I am quite impressed and pleased with the new versions.

PB: What was your process in offloading/storing the footage while out in the field?

FP: The days on that trip were quite long and we actually didn’t have a lot of time to offload since we were capturing the guests, crew, and staff, on and off the boat, as well as trying to shoot a bit of content for ourselves.

I say “we” because I was down there with a friend of mine (Matt Horspool) who is a photographer and was doing the stills side of this project.

What would happen, most of the days, was that we would just backup at night. I would always swap my internal media and keep the files on both the card and a copy on the SSD.

I chose to use small and super fast SSD’s, so even if I had to transfer 200GB worth of footage, it would be a matter of minutes. I had to use most of my free time to charge and swap batteries, as well as modifying the rig for indoor or outdoor shooting.

On the SSD, I would have the files organized by day, and write the locations as well since we visited a lot of places that I knew would look very similar once the trip would be over.

PB: Your footage has a beautiful texture and clarity to it. How pivotal was the Super 35mm 6K sensor in obtaining this level of detail? And, were there any specific shooting settings, such as a particular ISO, that you found worked best in that landscape?

FP: Thank you, it’s always nice to know that my work is appreciated.

I shot everything in UHD and I truly believe that downscaling from the 6K sensor helped a lot in achieving that level of detail. I have always been a huge fan of the image that Blackmagic cameras produce and after shooting with a lot of them, I think I also know how to shoot and get the best from their sensors.

For this project, I tried to stay at ISO 400 during the day to maintain the native ISO and get the best dynamic range possible. When it was darker, I shot either at 1250 or 3200 for the same reasons. I did, however, shoot a few times at ISO 4000 and even 5000 when it was very dark since I wasn’t using super fast lenses.

The rest was pretty standard. I shot in 25fps or 50fps, in film (log), and in UHD so the client would have a 16×9 file that is easy to work with and flexible, thanks to the ProRes codec.

PB:  As a Pocket 4K user, I know how beautiful the Blackmagic color science is. Did you significantly play around with the colors in post to bring the best out of the footage, or did you primarily let the landscape speak for itself?

FP: As I was saying before, I have been shooting with Blackmagic cameras since 2013, so I am used to the way the image and colors work, depending on the environment that I find myself in.

For Antarctica, my goal was to recreate what I saw with my eyes and to give the viewer the closest experience of being there that I could.

Of course, I also wanted to add my personal touch and I do have a style that I have built over the years, and share with my photography work, as well. But, I always want the footage to be true to the subject and realistic whilst still having a look that is mine.

I mainly played around with curves and saturation but it wasn’t an extensive process, as it mostly consisted of bringing back those amazing colors.

Antarctica is such a unique place and one of the most challenging ones to film since most of what you see is bright snow or hues of blue.

PB: Having now filmed in extreme conditions with the 6K, is there anything you would have done differently, or brought with you, if you were to return to film in that environment again?

FP: What made shooting in Antarctica difficult is that each location was only accessible via zodiacs, so the kit I had to bring had to be quite small and also quick to take apart since we had limited time in each place we visited.

So, if I had to film again in this environment without the short cruises in-between, I would first probably use a monitor. A lot of people were surprised that I didn’t use a monitor. I actually did bring one with me and quickly realized that it would just slow me down, as it was an extra piece to remove/add. Also, 800nits and five inch weren’t enough, so I would definitely bring my newer seven inch 1000nits, at least.

I would also maybe bring a rain-cover built specifically for my kit, if I didn’t have the option to put the camera away or to switch to another one.

Regarding actual camera gear, I would have liked to have a longer lens like a 100-400mm, but then I would have had to carry it around.

To be honest with you, I only knew I was going to Antarctica six days before the trip, so a lot of the preparation was based on previous trips and it worked pretty well, actually.

I am generally someone who likes to shoot run-and-gun and to be able to work on instinct and be nimble, especially when I shoot documentary work by myself.

I didn’t feel I was missing anything really, so I think it is more about what I wouldn’t bring rather than bringing something different, if that makes sense. Since Antarctica was a dream of mine since I was a kid, looking back on it, I wish that I had taken more time to appreciate where I was, especially in the first couple of days where I found myself quite overwhelmed by that incredible part of the world.

Even though I’ve been using the BMPCC4K for nearly two years now, I still find myself in awe at the image quality these small cameras produce. If you’ve been looking to add a camera to your arsenal for documentary work and have been unsure about adding one of the pocket cameras to your kit, you’ve now seen first hand they work perfectly in a hostile environment.

Want to learn more about the best video gear out these? Check these out:

Cover image via Of Two Lands.