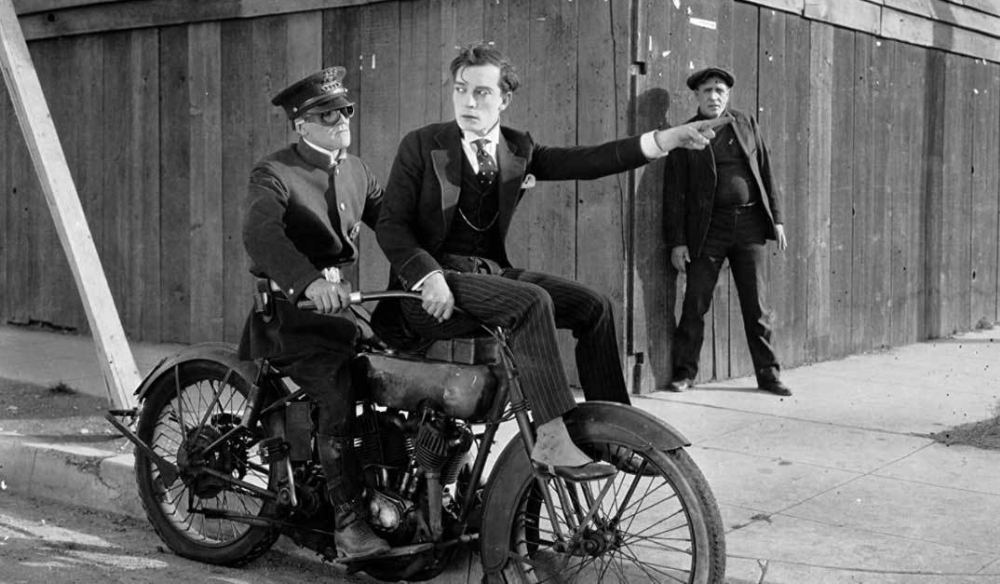 How Car Chase Scenes Have Evolved Over 100 Years

Peek into cinema history to learn why car chase scenes are staples for filmmakers and how these stunts change and grow with new technology.

For most of the movie-going public, a trip to the movies is spurred by a desire to see something new and exciting. Big-budget blockbusters know this well, as they’ve been competing with each other throughout cinema history to make their films bigger, louder, and more visceral.

One of the hallmark ways in which films make audiences tightly grip their armchairs is with the highly-evocative car chase scene. And, yes, even from the earliest days of cinema, car chases have been a staple stunt with filmmakers having to find creative ways to bring these feats to life on screen.

Based on this great video essay from Insider, and in preparation for the long-overdue release of the latest Fast & Furious film F9, let’s explore how car chase scenes have evolved over the past 100 years. Plus, let’s take a look at what the future might hold for this exciting film stunt.

As we’ve discussed before in the never-ending debate between practical VFX vs. CGI, in the early days of film and cinema, all visual effects were practical ones. So, car chase scenes in movies and television were no different. Some of the earliest car chases and stunts can be traced back to iconic filmmaking pioneers like Charlie Chaplin and Buster Keaton.

As you can see in the video essay above, these early filmmakers had to wrestle with many of the same issues that we still face today in regards to filming the highly exciting, but extremely dangerous, car shots and stunts.

The 1924 film Sherlock Jr. is a perfect example of how director and star Buster Keaton was able to wrestle with all the typical elements of the chase scene. For the most daring stunt in particular, Keaton used one of the most ingenious, as well as most basic, filmmaking tricks. He simply filmed the daring motorcycle and train scene backwards, then reversed it for the final presentation.

However, as technology advanced and films became bigger productions with larger budgets and crews, new innovations crept into the fold. One of the most iconic techniques is one that looks quite dated now but, at the time, was quite revolutionary—the use of rear projection screens—in particular, for car scenes and chases, which became all the rage in the 1950s and 60s.

Notable examples of this technique can be seen in classic films like To Catch a Thief (1955), Alfred Hitchcock’s North by Northwest (1959), and the famous Bond film Dr. No (1962). Filmmakers like Stanley Kubrick would eventually improve upon the technique, notably in 2001: A Space Odyssey (1966), before even more technological breakthroughs would finally push the technique out of favor.

By the late 1960s, a new camera would hit the scene that would pretty much reinvent the film industry from the ground up. The video essay credits the introduction of the ARRIFLEX 35 camera as one of the most pivotal breakthroughs—specifically for the filming of car chase scenes—and it’s one of the most important cameras in the history of cinema.

These new cameras’ small and compact frames unlocked a plethora of new angles and shooting possibilities, including moving the camera inside the car, as well as mounting them to the exterior for the first time. Some of the most famous car chase films of all time came out of these technological breakthroughs, including classics like Bullitt (1968), Vanishing Point (1971), and The French Connection (1971).

From there, filmmakers would continue to tinker and experiment with new and unique ways to shoot car chase scenes. These innovations include analog filmmaking techniques like undercranking, as well as developing new, more sophisticated means for mounting cameras in or around vehicles.

One of the most important inventions in the history of car chase cinema—and one I’m glad is given due credit in the video—didn’t come from a car chase movie at all. Instead, the special car rig developed for the race scenes in the 2003 horse racing biopic Seabiscuit would go on to become a staple for car scenes and stunts to this day.

The special car rig cage is still called “The Biscuit,” and you can see some examples of this unique design, with its multiple mounting positions and customizable “driver pod” setup, in films as wide and diverse as The Hangover (2009), Drive (2011), and Ford v. Ferrari (2019).

The Fast and the Future

So, what does the future hold for the next generation of car chases, stunts, and technological breakthroughs? By just looking at the latest car chase films, which have recently wrapped production and are finally hitting theaters soon, we can see that car chase scenes are going to just get faster and more furious.

On the most recent production of F9, we get to see some amazing behind-the-scenes footage of how these futuristic projects are finding new ways to implement technologies like robotic camera arms, dolly tracks, and a host of CGI techniques like digital set extensions and even CGI cars.

Still, while technology will undoubtedly continue to advance at a breakneck pace, the fundamentals to car chase scenes will always be traceable back to their earliest cinematic examples. If Buster Keaton can shoot a stunning chase scene with some simple filmmaking tricks, you can find fun, safe, and creative ways to shoot yours.

For more car chase tips and filmmaking advice, check out these articles: