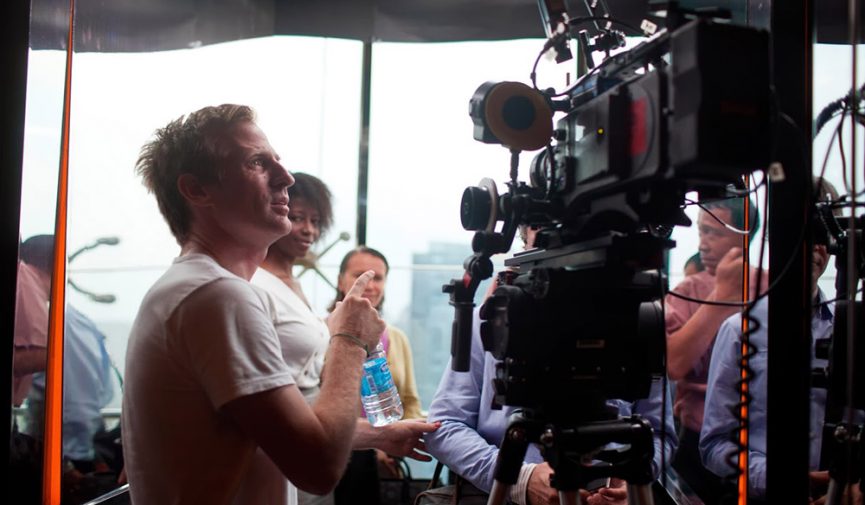 Everyone starts somewhere. Before they found big-time Hollywood success, these directors were making the most out of small budgets and developing their techniques on the sets of music videos.

There are plenty of paths into the larger world of filmmaking. Corporate video. Wedding video. Agency ad work. While these jobs aren’t exactly glamorous, they do offer an opportunity to get your hands dirty and get paid to shoot some actual footage.

Music videos are another excellent first step for aspiring film and video creatives. You’ll learn how to work with crews and shooting schedules and likely make a few solid connections. Best of all, making a music video provides a little wiggle room. Even with a low budget and time and gear constraints, you can still make something inventive and engaging while demonstrating your hard-earned skills and ability to execute a vision.

If you do put yourself out there and book a music video gig, know that you are in good historical company; some of the biggest feature-film directors working today got their start making music videos.

After working as a production assistant in NYC and shopping his first short film to record labels, Antoine Fuqua found himself helming music videos for artists like Prince, Arrested Development, and CeCe Peniston. Fuqua was soon approached by none other than Jerry Bruckheimer about directing a music video for Coolio’s “Gangster’s Paradise” from the soundtrack of 1995’s Dangerous Minds. Sure enough, the video was a hit, eventually winning Best Rap Video at the 1996 MTV Video Music Awards.

Fuqua went on to direct the gritty crime drama, Training Day, for which Denzel Washington took home the Academy Award for Best Actor.

One of David Fincher’s earliest impressions on the mainstream might just be the most David Fincher thing ever: a 1985 American Cancer Society commercial featuring a fetus smoking a cigarette.

Before moving on to become one of the most respected directors in Hollywood, Fincher enjoyed massive success and acclaim in the music video industry, working with a who’s who of 80s/90s music superstars like Madonna, Aerosmith, Paula Abdul, Billy Idol, and The Rolling Stones.

His impact and influence was substantial — in addition to winning two Grammys for Best Music Video and three MTV Video Music Award for Best Direction, the production company he co-founded (Propaganda Films) helped shape the careers of some of the most talented directors in the business, including Gore Verbinski, Michael Bay, and Zack Snyder.

Wielding possibly the most stacked music video resume of this list, Francis Lawrence has worked with some of the biggest acts on the planet, like Akon, Jay Z, Third Eye Blind, Justin Timberlake, Will Smith, Beyonce, Lady Gaga, and many, many more.

After working as a second camera assistant on the 1990 film Pump Up the Volume, Lawrence would grind for many more years before breaking into the mainstream as the director of films like I Am Legend and the final three adaptations of The Hunger Games.

Like David Fincher, Spike Jonze made his name by pushing boundaries with a surreal, outside-the-box approach to storytelling. After honing his chops through skateboarding photography and video work, Jonze ventured into music video just in time for the alternative-music explosion of the early 1990s, working with some of the era’s most influential artists, like Sonic Youth, Beastie Boys, Weezer, Dinosaur Jr., and R.E.M.

Gondry went on to work with musical acts like The Rolling Stones, Foo Fighters, Beck, and Daft Punk before directing his feature film debut, the Charlie Kaufman-scripted Human Nature. His second film, Eternal Sunshine of the Spotless Mind, led to a Best Actress Academy Award nomination for Kate Winslet, with Gondry (and fellow co-writers Kaufman and Pierre Bismuth) winning the Academy Award for Best Original Screenplay.

DANIELS —Daniel Kwan and Daniel Scheinert — is a recent phenomenon. In addition to their viral (and deceptively profound) short films and engaging brand work, the unconventional duo is responsible for some of the most original music videos in recent memory, working with acts like Foster the People, Battles, Tenacious D, and The Shins.

With the recent big-screen release of their feature-length Swiss Army Man, the story of DANIELS serves as an excellent example of the power a modern filmmaker wields with resources like YouTube and Vimeo at their disposal.