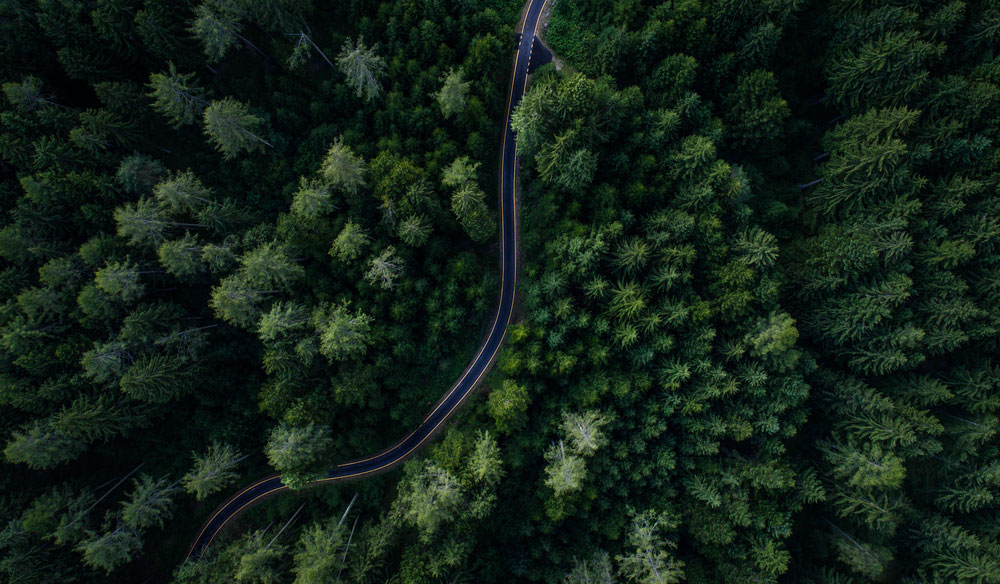 Try these tips for using aerial B-roll and stock footage to help set the perfect mood in your genre documentaries.

It’s amazing to think that in a world full of entertainment, from first run superhero Blockbusters to an almost endless stream of online films, shows, and programs, that the most popular styles of content are documentaries. And, before you get too upset or excited, there’s one genre of documentary that stands out above all the rest—the true crime genre of documentary.

You’ve seen countless examples on streaming services like Netflix, Hulu, and Amazon Prime. You know the ones I’m talking about, shows with titles like Making a Murderer, American Murder: The Family Next Door, and other popular docuseries like Tiger King, The Staircase, and Wild Wild Country. The latest one that I’ve binged has been the Netflix series Night Stalker: The Hunt for a Serial Killer, which tells the story of the notorious Los Angeles serial killer known as the “Night Stalker.”

From a filmmaking perspective, these docuseries are quite fascinating for several reasons. One element is simply the mystery of it all, as true crime itself obviously carries a great deal of emotional weight. However, to appreciate these series properly, one has only to look at how they’re presented, shot, and edited—and most notably, how they use aerial B-roll.

Unlike all the archival footage and modern-day interviews, the real trick to this style of genre documentary is to have a masterful control of weaving a narrative and setting the scene. And, as far as footage available to these filmmakers, aerial B-roll finds frequent use and offers its fair share of advantages.

When taking a macro look at creative trends for 2021, specifically at how stock footage has been searched and used for film and video, aerial footage focused on sublime elements like mountains, cliffs, and cityscapes have grown in popularity. This might have a little bit to do with breakthroughs in drone technology making aerial videography easier, cheaper, and more cinematically inclined over the years.

Perhaps if we look a bit closer, it might also have to do with just how powerful these sublime aerial shots can be for a variety of projects. Looking specifically at these true crime docuseries and documentaries, in general, having location-specific aerial footage (whether it’s something you’ve recorded yourself or stock) to use for establishing shots can be the perfect way to provide information, as well as develop visual motifs and cinematic themes.

Another way ti use aerial B-roll footage in your documentary projects pertains to voiceover. More specifically, we’re talking about any documentary-style use of voice or audio that could be coming from narration, as well as important phone calls, voice mails, or any other audio source that pertains to the true mystery of the story.

I found it almost amusing how much the Night Stalker series used this style of aerial B-roll as the background for the majority of its recorded phone call segments. For example, if you have archival audio of a 9-1-1 dispatch for an important part of your story, but you don’t have any strong visual information to go along with it, just simply having the audio play over some desaturated aerial B-roll of city highways can help set the scene and create tension within the story.

Similarly, many of these docuseries programs use aerial B-roll as a quick way to traverse time and space—and so should you! Even if you’re just shooting content for YouTube or branded video work, the use of stock B-roll can be a perfect way to transition from one scene to the next. This is especially true if you need to convey that your story is making a “jump” (so to speak) from one scene and location in time to another one which might at first appear drastically different.

Here’s another example. In many of these docuseries programs, we go case by case or event by event in the narrative. When one of these mini-segments wraps up, the story needs to jump to the next event, which sometimes takes place days, weeks, or years later. A crafty trick to convey this traversing of time and space would be to include some scenic aerial B-roll shots similar to the next location in the story. Be sure to add some moody soundtrack music underneath.

Interactive Elements to Include

In conjunction with the two tips above, you can also further spruce up your aerial B-Roll footage by adding interactive elements like text, animations, or other motion graphics to your shots. In the example of the 9-1-1 dispatch, the audio could be further highlighted to stand out above the ominous aerial B-roll shots by adding a filter and providing text or captions. If you’re interested in exploring some of these options further, check out these articles below to help you out:

You can also add some basic overlays, animations, or motion graphic assets to help further bring your viewer into your story. Many of these documentary-style projects need to convey copious amounts of complicated information at times, from geography and maps to data and graphs. Here are some additional resources for creating many of these effects yourself:

Finally, at the end of the day, the goal of using aerial B-roll in your true crime docuseries or other docu-inspired projects is to help you develop themes and undertones overall. Even if you just watch the first five minutes of any of these popular programs, you can feel the ambiance oozing out of every interview, shot, and sound. That’s what makes the genre so fascinating—these are real life stories that could happen to you! (At least, that’s how they’re presented.)

One of the most famous examples of aerial B-roll comes from the opening sequence of Stanley Kubrick’s The Shining. And, while this was slightly before the time of readily available stock footage, it captures the look of any modern drone in the film’s opening scene. The sequence is masterful in developing mood and motif before we even see a character or hear a line of dialogue.

This is in large part due to the soundtrack and its harrowing and infamous score. But, it’s also the footage itself and how it works to set the mood. Aerial B-roll footage can be fascinating and dreamlike. It can be immersive and exciting, as well. And, overall, with the right mix of sound and story, it can be the key to unlocking your documentary project’s overall mood.

For more film and video tips and tricks, check out these articles below: