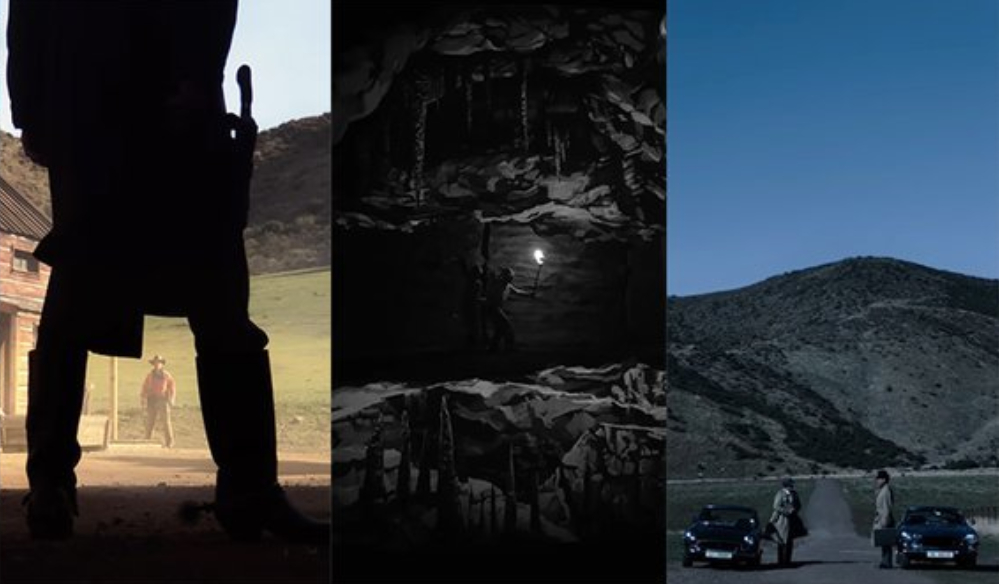 A Master Class in Framing Shots for Vertical Cinema

Originally a jazz drummer, Damien Chazelle turned his musical roots into filmmaking success (and several Academy Award nominations) with his breakout hit Whiplash. From there, he wrote and directed La La Land (and earned the Academy Award for Best Director at the age of thirty-two). Now, following his acclaimed feature First Man, Chazelle is tackling a new frontier — vertical cinema.

If you haven’t already seen it, Chazelle (in collaboration with Apple) has released a new vertical short film titled “The Stunt Double,” which was shot on the iPhone 11 Pro and — you guessed it — shot completely in the taboo vertical format.

An Introduction to Vertical Cinema

Want to split a room of filmmakers, content creators, and cinema purists down the middle? Grab some popcorn and ask them their thoughts on shooting vertically.

Nonetheless, and for better or for worse, there is indeed a new wave of filmmakers, content creators and — well, okay, probably no cinema purists — who are starting to think outside the horizontal box.

Chazelle’s vertical short can be appreciated in a couple of ways. On the surface, it’s a fun love letter to the classic genres of film history. Even better, and perhaps more importantly, it’s a master class in how to frame your cinematography in this new direction. Let’s take a look at how Chazelle approached telling a classic Hollywood story with standard coverage while embracing and elevating the vertical format.

“The Stunt Double” was shot entirely on the iPhone 11 Pro. Image via Apple.

I’ve probably watched this vertical short dozens of times now, and while there are tons of important takeaways, one of the most instantly noticeable and appealing aspects is the creative approach to titles.

As our stunt-double hero travels through film history, we’re treated to a series of wonderful title sequences that introduce the made-up films in which he’s performed. It’s in this sequence of stylized titles that we see the many cool, new possibilities found in embracing the limitations of vertical framing.

One of the biggest issues with vertical shots — even, at first glance, within this short — are the odd and obvious amounts of blank space that often feel unnecessary. Chazelle’s titles don’t just solve the problem, they also create some undeniably interesting new compositions.

The vertical approach offers the viewer a large amount of information about the setting and characters. Image via Apple.

The next element of cinematography in Chazelle’s short is his vertical approach to scene-setting establishing shots, which are an important part of the storytelling arsenal. When shooting establishing shots in standard formats and aspect ratios, you’re looking to provide a large amount of physical information about the setting, space, and characters. Pulling this off while shooting vertically comes with some challenges.

Vertical framing creates some tough decisions about where to place actors in the frame in relationship to their surroundings. Once again, Chazelle nails it by owning the limitations of shooting vertical in order to create unexpected, eye-catching compositions. He places characters at the top of the frame, through the legs of an adversary in a standoff, in the middle of hand-painted cave set, and at the bottom of an open mountain range. He doesn’t just work with what he’s got. He elevates what he’s got in service of the story he’s telling.

Vertical close-ups are challenging, simple because of the space left exposed. Image via Apple.

After watching Chazelle’s short, there’s one area where I feel that vertical framing is actually advantageous to storytelling: close-ups and, at times, extreme close-ups.

Traditionally, close-ups are the go-to shot for showing intense emotion within characters. However, close-ups are challenging compositions in widescreen cinematography because the human face is, well, much more vertical than horizontal. This creates tough choices as to how to frame an entire face, while still having tons of room to fill on the sides.

In “The Stunt Double,” Chazelle uses the vertical format to almost perfectly fit human faces into frame in wildly attention-grabbing ways. He even goes a step further and tries some extreme close-ups, where we see very granular looks at the characters, their skin tones, and — most importantly — the emotions in their eyes. With these close-ups, it’s not about overcoming limitations, it’s about recognizing and exploring intriguing opportunities.

The two-shot practice in vertical cinema is tricky, yet attainable. Image via Apple.

While these single character close-ups work surprisingly well, Chazelle is forced to frame-up some awkward compositions for standard two shots.

These shots are an important part of narrative filmmaking. For many filmmakers, a major focus of their cinematic coverage includes a base shot, which clearly shows two characters engaged with one another, be it in casual conversation, an important rendezvous, or a warm embrace. And, while a standard practice in horizontal cinematography, two shots prove to be quite tricky in vertical.

As you can see above, Chazelle really does his best to bring his characters together in these shots, but he has to really push the limits of his vertical frames to make it happen.

As a result, your two shots are going to have to be wider than normal to allow for enough spacing around your characters, which means more visual information of their full bodies, down to their feet and well above their heads. It also means that your blocking will have to keep your characters (perhaps uncomfortably) close to each other or on slightly different planes to keep as little space as possible wasted between them.

Finally, one of the best examples of Chazelle’s creativity is found in a rather simple trick that lands as as a cool, stylized shot: fun cutaways of horizontally framed shots that are rotated vertically.

He employs this technique a couple of different times and in different ways. We see this as a developed motif, throughout the film, as a clapboard is used vertically, but framed horizontally, with text about each meta-film included throughout.

We also see an eagle-eye view of our duelists rotated up-versus-down instead of left-versus-right, as you might usually expect. And, in one spectacular sequence, a character standing vertically takes a bullet and then falls down into a horizontal shot, the whole scene rotating up as he falls.

If you’re going vertical, remember to embrace and elevate the limitations. If something just doesn’t want to fit, change the definition of “fit” by turning your classic horizontal instincts on their head. You’ve still got a frame to fill and a story to tell.

For more filmmaking resources and cinematography insights, check out these articles below.