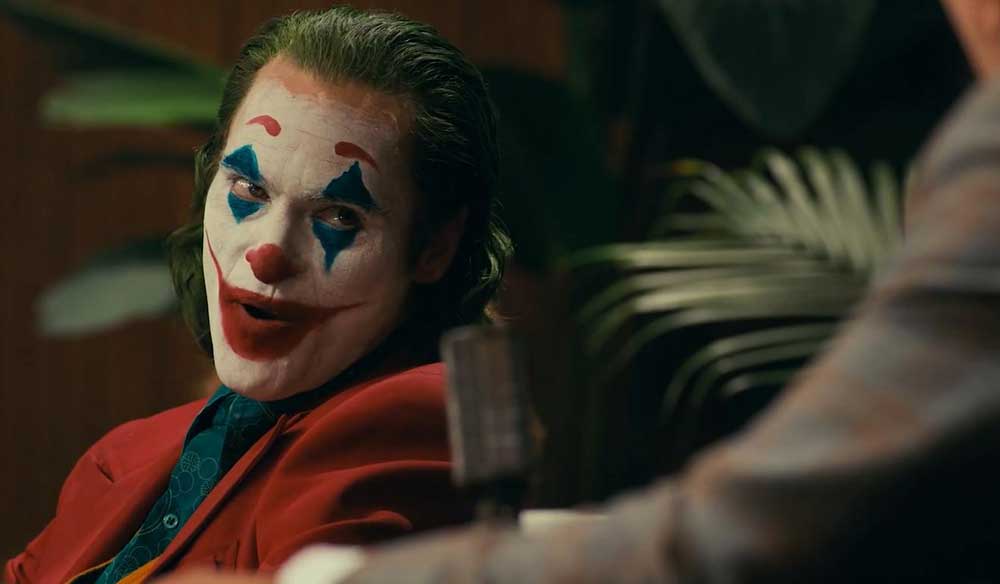 A Beginner’s Guide to Shooting Coverage for a Film Project

“Coverage” is a deceptively simple term that encompasses a wide range of factors — how to stage, block, light, and capture a film.

“Coverage” refers to the order and method of shooting a scene. “V Coverage” — so-called due to the layout of the cameras from a top-down perspective — means shooting a wide or master shot of the scene, then getting close-ups on each character for their lines. This method is used in probably 80 percent of two-person dialogue scenes.

Even in this simple setup, there are several factors to consider — each one makes a difference in how you shoot the scene and how it’ll look in the final edit. Do you shoot your wide shot first? This gives the actors a couple of takes to get into the scene and warm up. But, if it’s an emotional scene, they may burn out before you get to their close-up. Do you just shoot the start and end of the scene in the wide? If so, will the final part of the scene suffer because the actors won’t be in the same emotional state as in the close-ups?

Do you want the close-ups to be “dirty,” with some part of the other actor’s shoulder in the frame for depth? Or, do you want a “clean single,” where the actor’s face is unobscured but may lack connection? You can do both, but now you’ve created a scenario where the scene takes longer to shoot, and the actor off-camera may have done eight to twelve takes before you capture their close-up. The performance may come across strained, even stale. If you’re working with a complex lighting setup, requiring you to relight for each shot, you may not even get to the second actor’s close-up until four to five hours into the scene.

V Coverage may seem like a headache, but the reason we use it so frequently is because it allows for plenty of options on set and in the edit. You can light each character in way that accentuates the qualities you like, and you’re free to use the very best take of each line.

Coverage in One Take

Shooting the scene in a single take is one way to get it done quickly and overcome the grinding work of covering the scene as described above. However, it comes with its own problems. 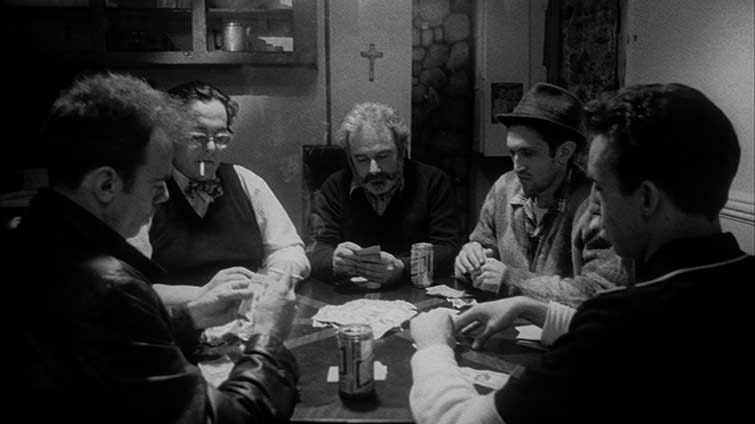 A locked-off master shot from Stranger Than Paradise (Image via CBS/Fox).

Unless the scene is just a locked-off master (as Jim Jarmusch did with Stranger Than Paradise), you’ll need to choreograph the movement of the camera and actors to capture close-ups, two-shots, and wide shots within the continuous take. This requires very precise timing from everyone involved. And, by the time you’ve rehearsed enough, and done enough takes, it’s usually around the same time (or longer) than shooting the scene with traditional coverage, but you won’t be free to pick the best lines from each take, only the best take overall. You also can’t cut out lines that aren’t working, or in other ways manipulate the scene for an overall effect.

If you’re shooting two people facing each other, blocking is relatively simple. Once those people move around the room or the space of the scene, things become a lot harder. Take, for example, a scene where one character answers the door, then goes back to the couch while the new arrival unloads groceries. You no longer have one master shot that works for the whole scene. Instead, you’ll have to shoot several master shots, relighting each one. Within those sub-scenes, you’ll need to get close-ups of each character, as well as inserts of props or objects they handle — being careful each time not to break the 180-degree rule. 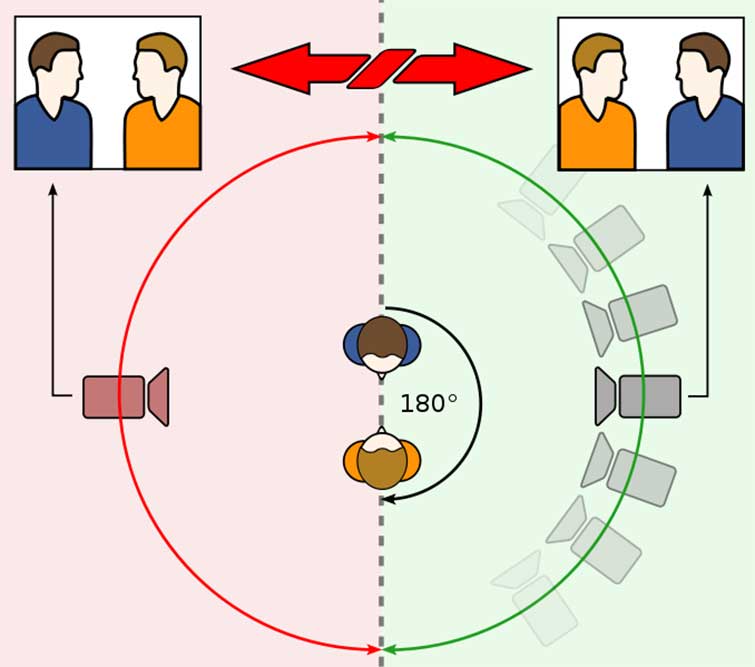 If two characters occupy the same space at any time within the scene, it makes sense to light and shoot those close-ups sequentially, rather than lighting it twice. This means shooting the scene out of order, and opening up all kinds of continuity issues that may come back to haunt you in the edit.

Once you have multiple characters doing complex blocking, you can see how coverage quickly becomes complicated — perhaps overwhelming. Even in a simple scenario, it makes sense to plan out your coverage, before you even step on set. This can be done with your DP as the tech scout, or even far in advance on paper. This way, you have an idea for how much complexity your scene presents, and — if you’re short on time or crew — how to mitigate that by simplifying the blocking.