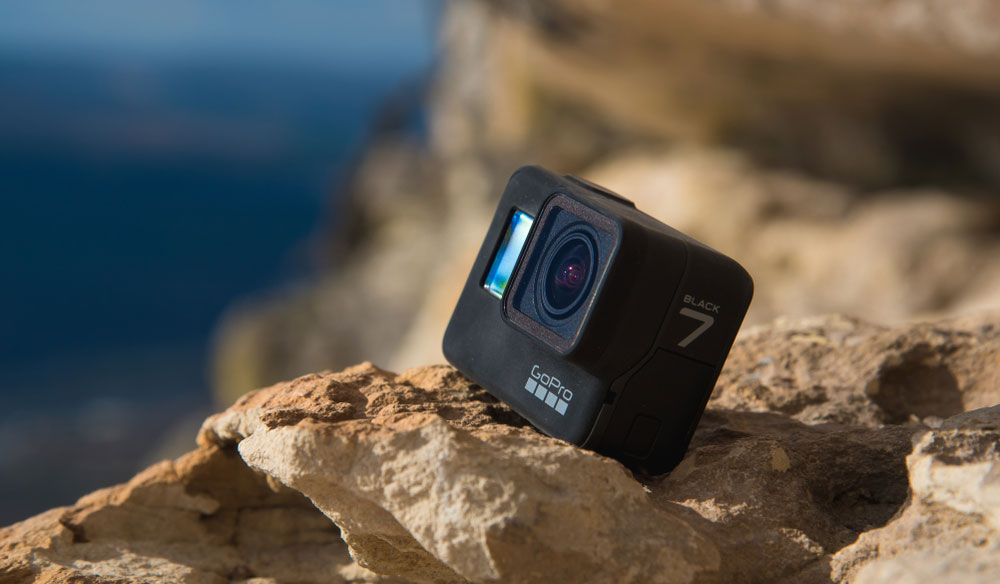 Is the GoPro 7 Black the Best Action Camera on the Market?

Let’s take a look at the outstanding features of the GoPro 7 Black and how it just may make it onto your next production.

Whenever I hear a director request a GoPro during prep, I don’t usually jump for joy. In the past, I’ve felt that GoPros have slowed down the creative process on set. They’re also just another piece of camera equipment to manage. For this reason, I’ve personally tried to avoid using them for years — that is until recently. With the introduction of the GoPro 7 Black, these tiny cameras have started to make their way back into the good graces of many filmmakers.

In-camera stabilization is super popular right now among many camera manufacturers. This feature means filmmakers don’t to have to worry about operating a gimbal to get super smooth footage. The GoPro 7 Black features built-in gimbal-like stabilization. This feature allows what GoPro likes to call, “insanely smooth footage.” After reviewing and comparing the footage to previous GoPro models, it’s an incredibly useful feature for filmmakers.

I think we can all say we’ve mounted a GoPro on the hood of a car and haven’t received the best results. However, this new feature means you can record smooth footage under any circumstances.

Who doesn’t like a great time-lapse video? When you couple a time-lapse with the new gimbal-like stabilization, it provides a really unique time-lapse effect that’s nearly perfectly stabilized. This time-warp feature is a perfect way to enhance your long crowd-shots or your architectural B-roll.

I’m sure we all have drawers full of older-generation housings for GoPros. However, gone are the days of keeping all sorts of housings for your GoPro. The new GoPro 7 is completely waterproof (up to 33 ft.) without any underwater housing.

Slow motion has also improved on the new GoPro 7 Black. With a super-slow 240fps in 1080, this action camera can capture almost any moment in super-slow motion. Although most cinema-style cameras can now shoot at higher frame rates like this, it’s still nice to have another option on set.

Here’s a list of all the key features of the GoPro Hero 7 Black Edition:

For a variety of reasons, I’ve never personally been the biggest advocate of GoPro cameras. However, this new GoPro 7 Black has definitely piqued my interest. In fact, I’m using these cameras much more often on set because of the improved features and quality. I’ll go ahead and say it: this new GoPro may, indeed, be the best action camera yet.

Looking for more on cameras and video equipment? Check out these articles.