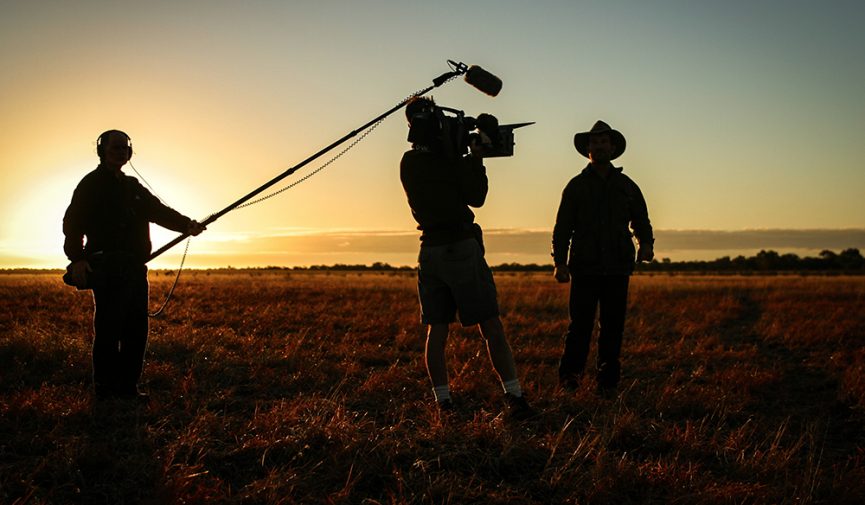 Trying to get a movie made with minimal financial backing can be frustrating, as tough decisions need to be made early. Check out my firsthand tips on creating a killer low-budget film.

Sure, you can get your crew to volunteer or call in favors to get your locations for free, but there are also risks associated with cutting corners that can directly result in your film suffering on a creative level. So how do you create the very best film with a minuscule budget?

After producing and directing dozens of micro-budget or low budget projects myself, I’ve inevitably learned my lessons (sometimes the hard way) on where you can afford to cut corners and where you absolutely can not. There may not be an exact formula for this, and of course every production has its own set of requirements and needs, but here are my thoughts on keeping your budget down as they pertain to various departments on a typical small scale film. 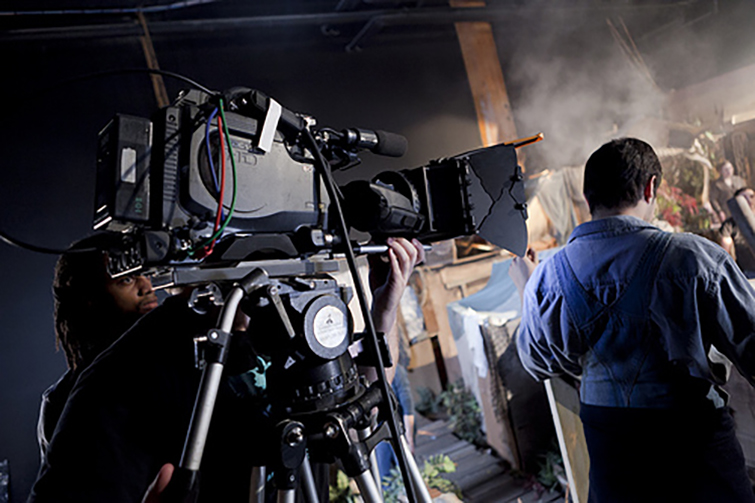 Skimping out in casting is the number one issue that most micro-budget films suffer from. When dealing with a low budget, it’s tempting to call up your actor friends and ask them to give you a freebie, but this is generally a bad idea.

Unless your friend is exceptionally talented and you’ve written a role with that person in mind, you will end up casting the wrong person for the role. And ultimately that will be a very bad starting point for your film. That’s not to say that your friend isn’t a good actor, but simply that they may not be the right person for the project. Don’t simply cast them because they are free — cast them because they are good and they deserve the role.

This, however, doesn’t mean that you need to spend an arm and a leg on your cast. I suggest setting up a real casting session (at an affordable location) and bring out actors that are willing to work on deferred payment or for their portfolios. You can absolutely get talented actors on board with your film who are willing to donate their time, if you, in turn, provide them with something of value — the script.

If you’re going to get actors to come out for free, ensure it’s worth their while. Give them the opportunity to play an amazing role and treat them well throughout the process. You want to find people that are as much a part of the film as you are. 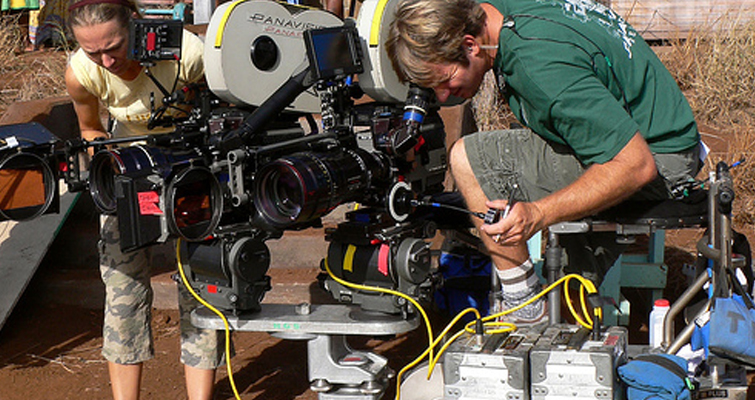 There are certain crew positions that are essential to even the smallest of productions and others that (while equally important) may be able to be covered by other crew members. In general, the crew members that I strongly advise you have on every shoot are:

Are there other extremely crucial members that aren’t on this list? Of course. Ideally your DP will want an AC and your Grip will want a Gaffer to work with. But the truth is that when you are forced to boil it down to the bare essentials, these film crew members should be able to cover your basic needs.

With that said, if your budget doesn’t allow you to cover their normal rates, then defer their payments — and, at the bare minimum, cover a smaller day rate to cover their expenses. You want your crew to be happy — if you don’t show some good faith, then they will lose interest in your film and that will affect it negatively in many ways. 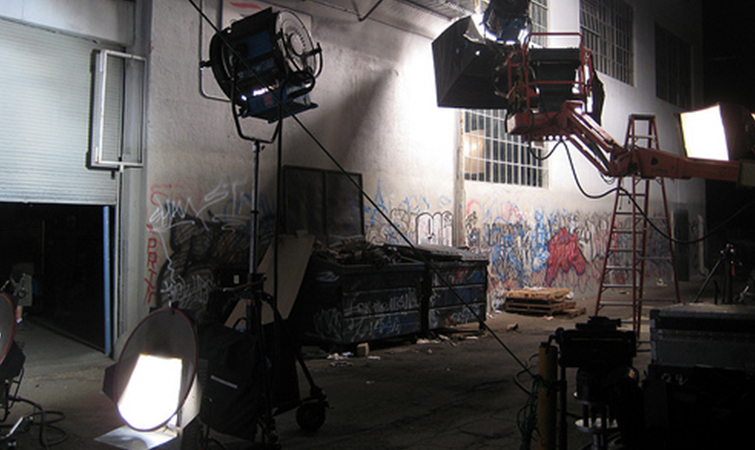 I am a big believer that you can and should get most of your locations for free — but that doesn’t mean that they should look like you got them for free. Just like how I advised against casting your friends as actors, I will again advise asking your friends or relatives for locations — unless they are exceptional.

If your character is supposed to be a starving artist, but you shoot in your friend’s brand new condo, that’s not going to be very convincing. And since you don’t have an art department, you can’t even set decorate it to look the way you want it to. This may sound obvious, but I’ve seen some relatively well-funded low-budget productions make this mistake and it always cheapens the film.

Unfortunately, a low budget prevents you from including just anything in your script — and that rule especially translates to locations. In other words, just because you have a house, doesn’t mean it’s the right house for your movie. You have other options.

The easiest solution would be to re-work that scene so it takes place in a coffee shop, or a park, or a restaurant, or anywhere else that you may have access to. Kevin Smith’s low-budget legend Clerks is a perfect example of utilizing the locations that you have. He worked at a convenience store and wrote the story around that store as that’s what he had access to. That’s exactly what you should do, too.

For outdoor locations, you also have the option of shooting guerrilla style (without permits or permission). Films of all sizes have done this successfully and there’s no reason you can’t do it too. However, if you want to do go down this path, you need to take into account the risks involved and be willing to take responsibility for the consequences. You may get fined — and even worse, your equipment could get confiscated. So, again, if you decide to go this route, proceed with caution.

Food on a Small Budget

You need to ensure that your cast and crew are fed well and fed on time, as that’s really the least you can do for them, given the sacrifices they are likely making to be a part of your film. With that said, there are still ways to save money in this department.

The first rule here is that you need to plan. If you don’t know what you’re getting for lunch, you’ll wind up ordering individual meals for your cast and crew every day and you will very quickly be over budget. Instead, consider making some food yourself and bringing it to set — as long as it’s still good quality. Pizza or subs are okay for a day here or there, but don’t do it for every meal.

In general, with a healthy mix of making your own food and ordering affordable bulk meals that have been planned, you can save a ton of money in this area. In fact, I would say if there’s one area that I’ve overspent in every production, it has been on the food. And the worst part? Overspending didn’t even mean we had better meals or more food on set. It just wasn’t done efficiently. 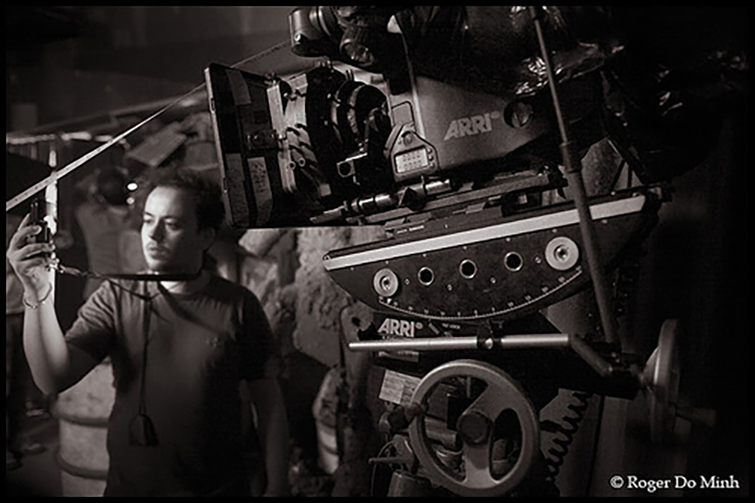 A lot of micro-budget films blow way too much money in the camera department. Many filmmakers (especially those without a camera background), overestimate the importance of the camera and underestimate the importance of the DP and lighting. As a result, they will often spend the lion’s share of their budget on renting a camera, and then having next to nothing left over for the rest of the project. So they’re shooting 5K resolution, but they’re still capturing poor actors and ugly locations.

If you or your DP own a 5D, GH3, Blackmagic Pocket Camera, or any other good DSLR/video camera, consider using it. A good DP will be able to make your DSLR footage look gorgeous, and while it may not be 5K RED footage, the end result will look a lot better considering you aren’t diminishing the budget of other departments.

Another option is to buy a camera and sell it at the end of your production. In this case, you still may be looking at a DSLR, an extremely affordable way to go.

Production Design on a Small Budget

While you or your crew may not be experienced in production design, the fact that you’re paying attention to it and making an effort at all will go a long way. If you can afford a dedicated production designer, then by all means bring one on board — but if you can’t, that doesn’t mean you shouldn’t do anything at all.

Capturing Sound on a Small Budget 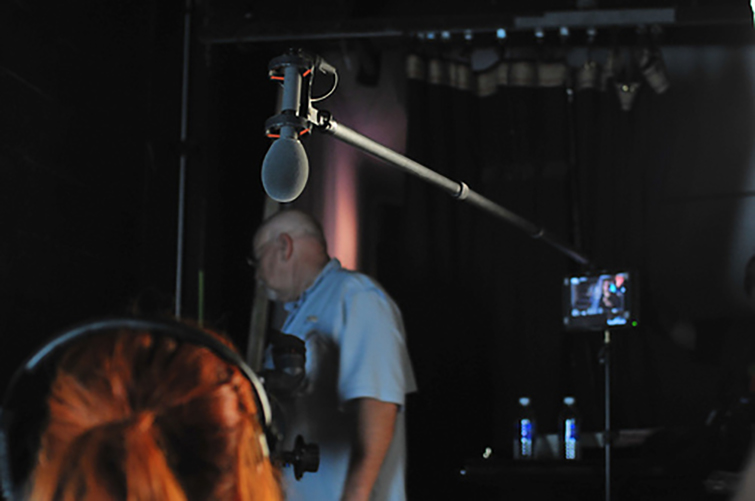 Whatever you do, do not cut any corners when recording location audio. While every one of the above categories highlights ways to save money in those various departments, I am not going to suggest anything when it comes to sound, other than to make sure you pay your sound recordist well.

50% of your film is the audio. If you have poor audio, your film’s production value will be lowered immensely. In fact, many would argue that good audio is more important than good visuals to the average viewer.

Just because you have a Zoom recorder and a decent shotgun mic, doesn’t mean you should try to record audio yourself. Even if you’re skilled at recording sound, you’re supposed to be directing the film, and it is not your job to record audio at the same time. If you try to do this, you are only taking time away from directing the actors and paying attention to the rest of the production. Do not skimp on sound!

With only so much money to go around on a micro-budget film, you have to be really careful about where it goes. Think of your budget as a balancing act between money and quality, and don’t assume that you can simply save money in one department without diminishing the quality of your final product.

The good news is that in most cases, when you do need to cut the budget, you can avoid causing a negative ripple effect on your film by making it up in other ways — most often this comes in the form of putting in more time.

One last thought that I’ll leave you with is that I always recommend you let your micro-budget set feel like a larger set. A big issue that plagues many films of this scale is that the cast/crew loses interest after a few days when they stop believing in the project based on the size and nature of the production. If you make an effort to treat your set the way you would if you had ten times the budget, then everyone else will too.

If you’re looking for filmmaking and video production tips, be sure to bookmark the PremiumBeat blog. We’re posting helpful workflow information on a daily basis.

Got any tips for working on a tiny budget? Share them in the comments below!