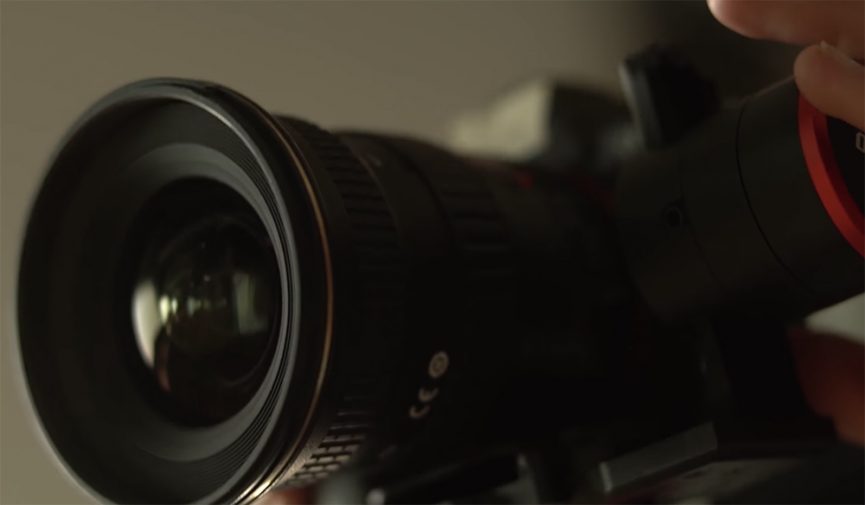 Everything You Need to Know About Stabilizing a Shot

From capturing the image in camera to sitting down in front of your computer, here are all the ways you can fix (or work with) shaky footage.

I have a love/hate relationship with shaky footage. On one hand, the aesthetic can add realism while grounding your project, giving it a documentary feel. But on the other hand, it’s easy to write off shaky footage as amateur or low-quality. It’s all about what look you’re going for.

However, sometimes you absolutely have to get rid of the shake, especially if you’re shooting for a client. Even if you don’t have a super-nice gimbal or a Steadicam, you can pull off sweeping, cinematic smoothness with a few of these tips and tricks before you hit record.

How to Plan Ahead

So before you actually start capturing your footage, if you know you’ll be using Warp Stabilizer in post, there are a few different things you can do to increase your odds of success. One is to shoot at a high shutter speed. This will reduce motion blur, making everything a bit crisper and making Warp Stabilizer’s job a lot easier.

Some practical tricks to try with your gear include using your tripod as a Steadicam. The weight of the legs will counterbalance the camera and tripod head to smooth your tracking shot.

Also, you could shoot in 4K (if possible) because Warp Stabilizer will crop the footage, so you’ll be able to get your full 1080p after the fact.

So a rule of thumb is that if you’re going to move the camera around (necessitating Warp Stabilizer later), then you really want to shoot with a wider lens. Not only will you get more in the shot, but you also won’t have the condensed background you’d get with a longer lens — and there’s more in your frame. This means movements aren’t as big, which can make the shot disorienting for your audience.

In the video above, Zach Ramelan suggests using a wide zoom lens, which gives you a little more freedom to find the right focal length for your gimbal shot. But most of these gimbal shots are going to be for B-roll, or they’ll be cinematic in nature, so it’s okay to use up to a 50mm. Anything more, and you’ll have to be careful with the steadiness and how much you move the gimbal.

However, gimbals aren’t the only tools you can use to steady your camera.

The solution to all your problems is here! Not really, but who doesn’t love a good, old-fashioned dolly? For this particular build (there are many other variations of this rig), all you need is a piece of wood wide and thick enough to support your tripod. Throw in some PVC pipes, skateboard wheels, 4 L-brackets, and some hex bolts, and you’ll be rolling smoothly in no time.

Even after using a rig like this, I still throw on Warp Stabilizer because there will inevitably be some minor shakes in your final shot, and the Stabilizer does a good job of smoothing it all out.

So when it comes to using Warp Stabilizer in Premiere Pro, the hows and whats are pretty simple. You simply drag the effect over to your clip on the timeline and let the effect analyze it. The effect will take some time. But as you can see, if you’ve followed some of the tips from the videos above, the end result will look pretty satisfying. You won’t be able to include the shot if it’s a super long “oner”-style take, but there’s no denying that the effect works wonders under the right circumstances.