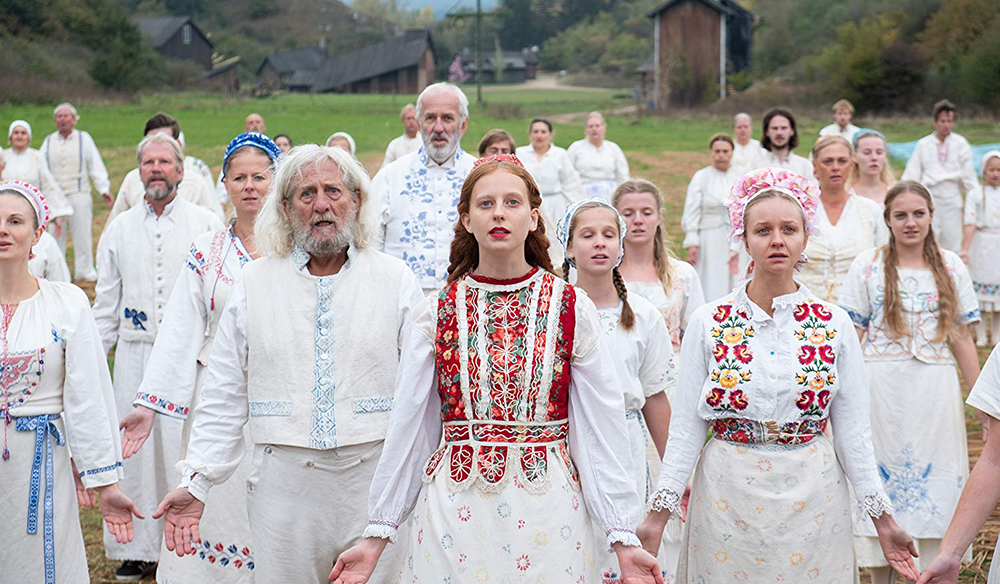 The dew is settled upon the field, the villagers are dancing, and the demonic goats are screaming your name. Welcome to Folk Horror 101 for Content Creators.

This week sees the release of Midsommar, horror wunderkind Ari Aster’s follow-up to Hereditary (insert tongue-click here). Midsommar revolves around a small group of twenty-somethings who pack their bags and personal baggage, travel to a remote Swedish village for a once-a-century festival, and do Ugly American things. Life lessons ensue.

With his new film, Aster takes Hereditary’s dark cult kicks and gore and dials them up to elva in a sunny pastoral paradise, planting Midsommar firmly in a deep-rooted genre that’s been making a comeback in recent years — folk horror. If you’re seeking inspiration for your next project, and little things like occult-driven human sacrifice don’t bother you, folk horror is certainly a fertile (albeit blood-soaked) field from which to harvest ideas.

Let’s take a look at some of the genre’s fundamentals, like story tropes, must-watch films, and creative assets (including a few freebies) you can use to create your own folk horror masterpiece. If you’re taking notes, we suggest carving them into a stone tablet that you later hide inside a dead bull. 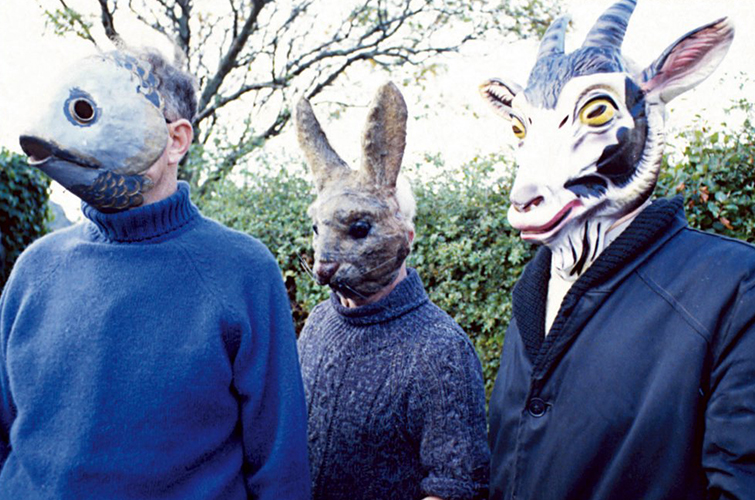 The English invented it, so we’ll let them define it. According to the British Film Institute “Folk horror’s very form is difficult to convey. Despite what its simplistic description implies – from the emphasis on the horrific side of folklore to a very literal horror of people – the term’s fluctuating emphasis makes it difficult to pin down outside of a handful of popular examples.” Popular examples? Thanks for the segue, BFI! 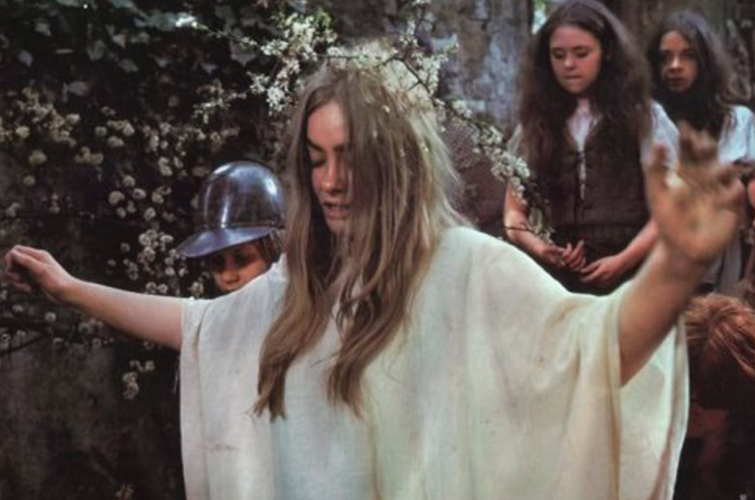 If you’re venturing into the folk horror realm, there are three British films widely considered “must-watch,” often referred to as the Unholy Trinity: The Witchfinder General (1968), The Blood on Satan’s Claw (1971), and The Wicker Man (1973).

Of this wyrd, wyld trilogy, the British Film Institute says, “All three films work through an emphasis on landscape which subsequently isolates its communities and individuals, skewing the dominant moral and theological systems enough to cause violence, human sacrifices, torture and even demonic and supernatural summonings.” 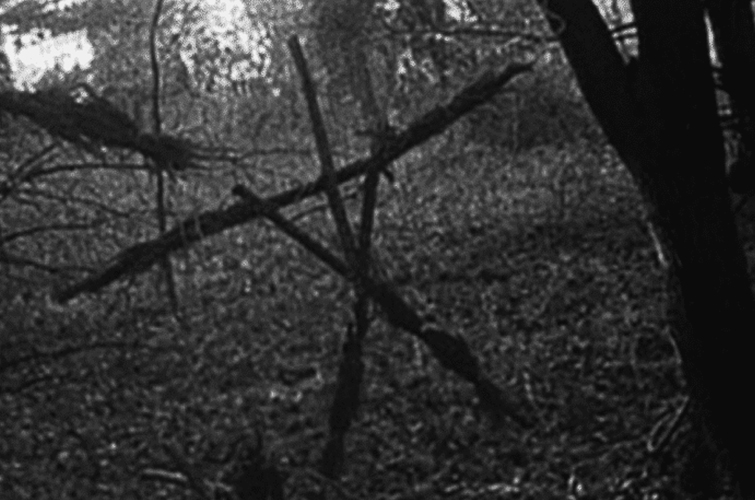 Okay, welcome back. Now that you’ve seen what’s come before, you’re ready to begin working on your own folk horror project. To get your creative juices flowing, here’s a non-scholarly refresher roundup of some common folk horror tropes you might want to include in your story:

There’s just something about the landscape. Outsiders off the beaten path and out of their depth. The powers that be are not as welcoming as they first seem. Tranquility destroyed by twisted traditions. The past, forgotten and forsaken, brutally claiming power in the present. Pagans aplenty. Arcane everything. Sacrifices both human and animal. Local flora-induced freakout head-trips. Midnight naked dance parties. Odd goats. 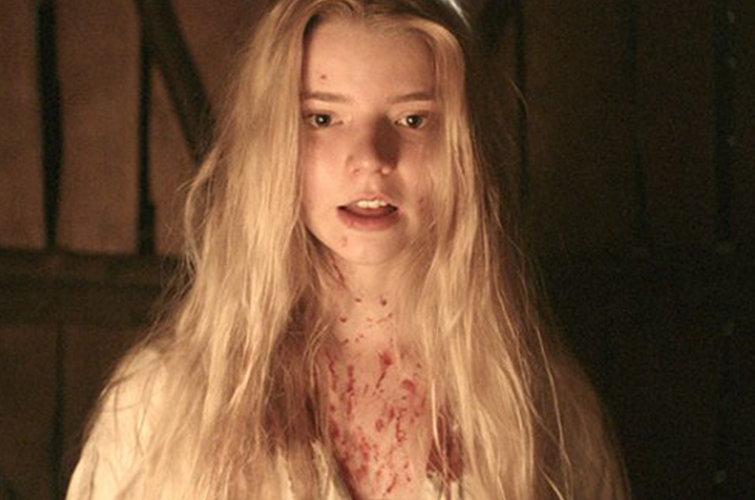 “You’re being offensive. These people are nice. Just drink the herbal tea and put on the mask.”

“You heard the elder. We’re not supposed to be in this barn.”

“You have been chosen by the ancients. Wear the mark with pride.”

“Mother, I am afraid. I dreamt of the owl again last night. It carried a ribbon in its talon.”

“I guess sewing a decapitated ram’s head onto a dead grandparent is normal in this part of the world.”

“Actually, I haven’t seen him since the boy took him to the river.”

“The old ways seem strange to you now. In time, you will understand.”

Capturing the Look and Sound of Folk Horror 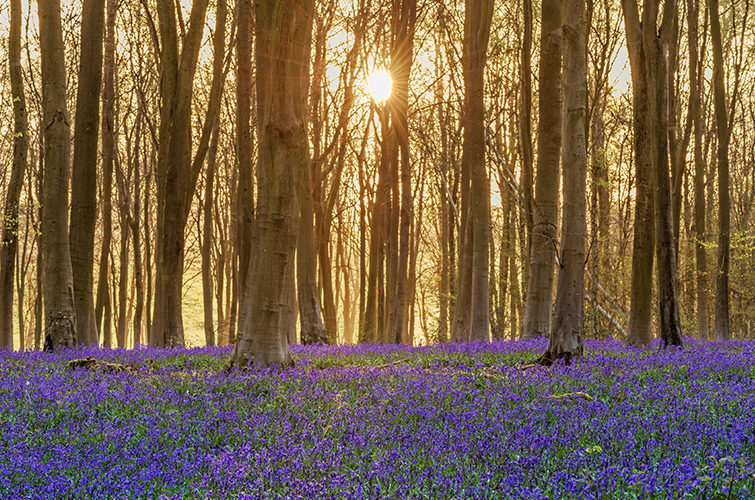 When it comes time to shoot, remember — the landscape is the star of the show in proper folk horror tales. You want your footage to feel the opposite of claustrophobic; wide open spaces suggest that there’s nowhere to hide.

If you have trouble finding the perfect location to set your action, remember that stock footage is your friend. Our pals at Shutterstock offer a seemingly endless selection of clips featuring Idyllic countrysides, blooming meadows, rolling hills, meandering brooks, and otherworldly forests. Truly perfect scenery for exploring exotic cultural customs and making interesting new friends. Of course, eventually your narrative will take a turn toward something more sinister. Maybe under a full moon. Or an eclipse. During a ritual that the locals hoped to keep hidden from prying eyes. You know what happens next — life lessons ensue.

While some nice breezy music might serve your needs in the “Hey, this little village is great!” section of your story, you’re still making a horror film. And the big thing in horror scores these days is ambient music that leans toward the experimental. With that in mind, we recently compiled a playlist that’s dense with mildly disturbing songs — drones, dissonance, dark themes, etc. Pick a few out and make some hairs stand on end.

No horror film is complete without VFX and creepy sound effects. Dig around in the links below and you’ll find all kinds of drag-and-drop assets that will work in your favorite NLE. They all come with instructions and they’re all totally free to use. 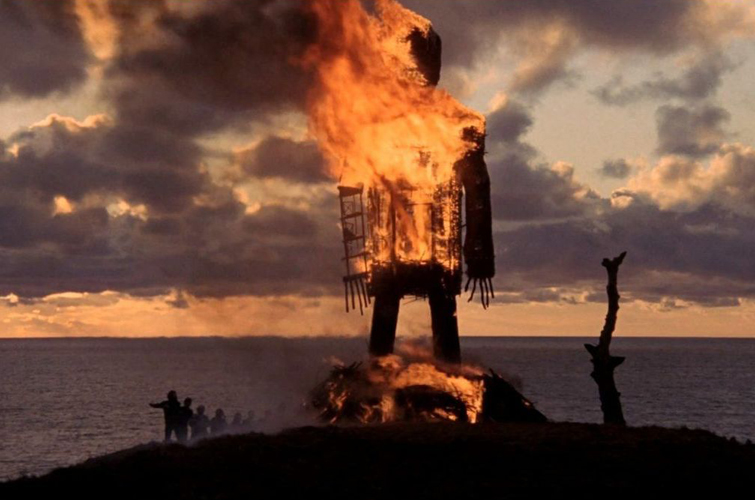 You should now be properly equipped to begin production on your folk horror project. Just remember, if you stumble upon a small farming enclave outside of town while location scouting, and a nice old man invites you to stay for dinner and then join his family at the once-a-decade tent revival that’s happening later that night — yeah, you’re gonna want to get out of there.

Cover image via Midsommar (A24).

Looking for more content creation inspiration? Check out these articles.