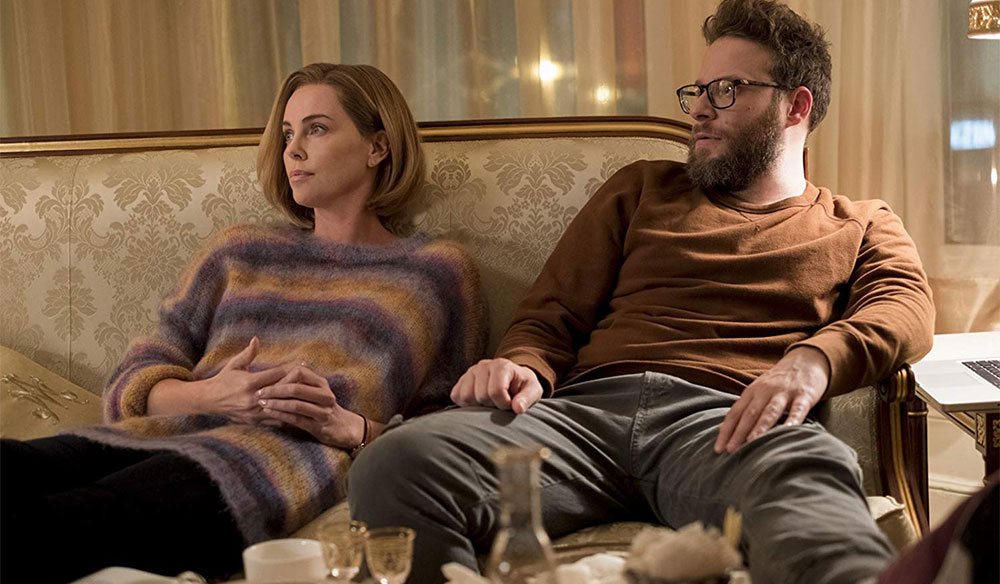 Miles Hankins offers insight into composing for film and television — as well as collaborating with musicians around the world.

Composer Miles Hankins‘s career has spanned many feature and TV projects. We sat down with this prolific musical scribe to talk Rogen, reality, and real sports.

PremiumBeat: Long Shot is getting great reviews as a funny piece that also explores deeper issues. How did you approach the score, and what kind of discussions did you have with the principal players about the tone and tenor of the film?

Miles Hankins: In every great rom-com, there is a touching personal story. As the composers, Marco Beltrami and I have watched the film a lot. Getting to see it at SXSW and in NY was awesome — I have never seen a response so positive. People seem to love it. We always had a good feeling that people would like the film. Our main concern was that the score didn’t get in the way of the comedy — it’s hard to make music funny. The great film composer, Elmer Bernstein, said something to the effect of: “The trick is to score it sincerely and that will make it funnier.” We didn’t want to over-score or manipulate the viewers’ emotions, but rather stay out of the way of the story. We used a lot of different styles from indie folk guitar with hand percussion, and then more traditional orchestrations. We also leaned on a sense of grand sweeping patriotism (in places) since it is a political drama, and then there are some epic action scenes, so there were many things we looked to accomplish in the score. 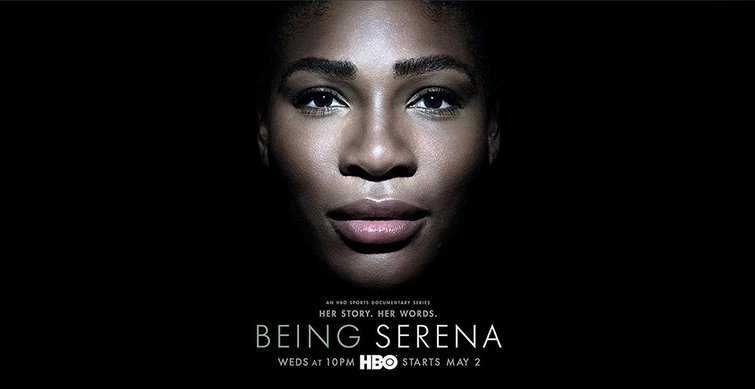 Being Serena via IMDB

PB: You’ve done documentary projects for HBO: The Many Lives of Nick Buoniconti and Being Serena. These seem very different from your other work. How did you come to these projects?

MH: I’m not a big sports guy, per se, but both of these projects were so special. Serena Williams is a personal hero of mine — I played tennis growing up. When I was approached, I wondered if I even knew how to set about a sports documentary musically. But the showrunners said, “That’s why we want you, because you come from the world of film.” This project wasn’t about tennis but about her becoming a mother. It was a very intimate look at a woman that we know as a fierce competitor and seeing another side to her. I brought in a vocalist and also explored different musical styles — from R&B to electronic music to string quartet. I was so happy to learn the project was nominated for a Sports Emmy for Outstanding Music Composition.

The other film was about the NFL legend Nick Buoniconti. He was a character I was aware of. I went to University of Miami in undergrad and he had played for the Dolphins and was an iconic figure there. I found out his story . . . he’s going through CTE, a neurological disorder related to his playing days. So, he became this unlikely spokesperson for the condition, with a heart-wrenching personal story. I think it appealed to me because I was coming off A Quiet Place, which was so dark and intense — I just wanted something beautiful and lyrical to work on. We recorded the music in Europe, and I worked remotely from Los Angeles. 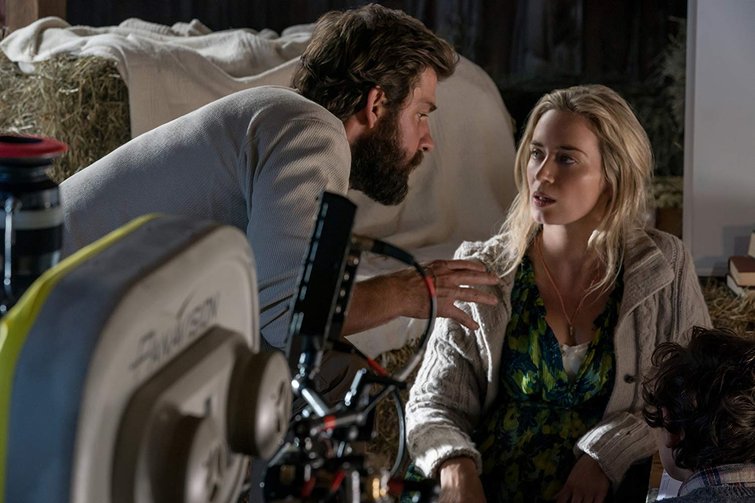 PB: Is that unusual?

MH: With today’s technology and the magic of the internet, it’s actually quite easy to operate a remote session abroad. We always love to use our peerless local AFM musicians here in LA, but that’s a decision the production companies, networks, and studios make for us. When we can’t stay in town, we’re fortunate to have access to a wide variety of gifted musicians abroad as well. And it’s always exciting to hear different perspectives on the music, from around the world. 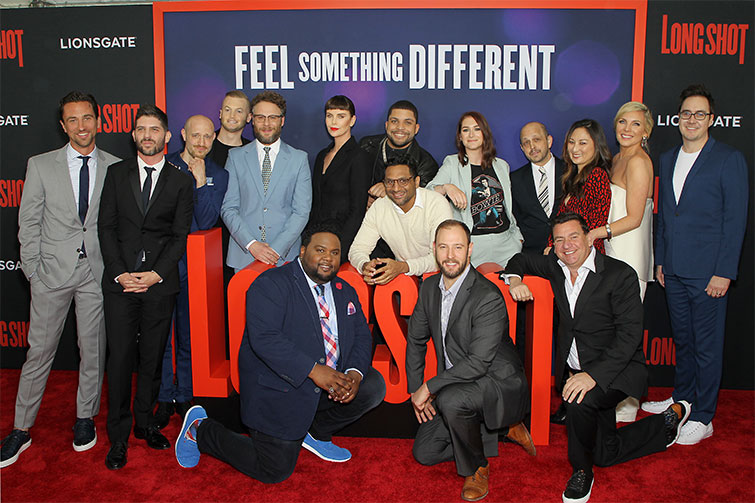 PB: You created additional music for A Quiet Place, The Snowman, and The Shallows working with Composer Marco Beltrami. Obviously, collaborating on three projects, you have a good working relationship. Can you tell us about that process?

MH: A Quiet Place was a challenging project for numerous reasons. Almost no dialogue, so the catch was to find the music in the film where we supported the material, but was the least intrusive. We often struggled to find the right balance. I remember the moment when it clicked. We had tried a million things. We had hired a huge orchestra to experiment with all kinds of aleatoric gestures; we were throwing as much paint on the canvas as possible to see what would work; and finally, at the end of all this experimentation, we broke through to something and finally began to hear it. And it felt right.

I met Marco through Buck Sanders — I think on Fantastic Four — I jumped in on that one, and it was a really high-pressure scenario, and we found we worked well together.

There isn’t really a set process. We usually watch the film (or what there is to view at that point) and discuss how best to play it. The director will give us their idea of instruments and orchestrations. Marco will go to work writing and we will experiment with ideas, as well. We often work separately and then come together. We’ll share thoughts, share files, and we’ll collaborate until we find what we are looking for. We’ll kick cues back and forth. Each project is different. All this time in Hollywood, you’d think it gets easier but it doesn’t — it’s like a unique puzzle — each film has a different sound, and once you find it, it’s a beautiful thing. Although it’s always challenging, it’s very satisfying when it clicks. 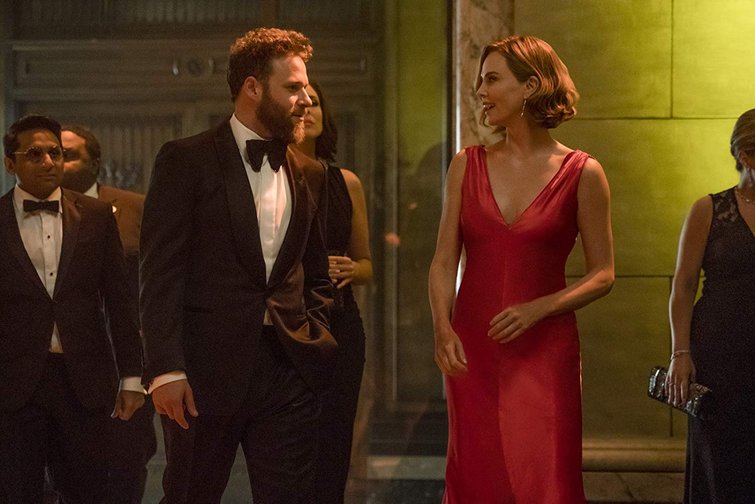 PB: You’ve had a love of film and music since you were a kid. In fact, at 12, you were given a sound generator to create digital music and a canon video camera.

MH: When the camcorder thing happened in the ’80s, my parents got one. And one afternoon, my sister and I took out the camera and decided to shoot something. That became what we would do — we would come up with scripts and get our friends over and put them in crazy outfits. But even before discovering the camera, movies were always a part of my life. My parents were huge film people — they loved the classics, and every Sunday night we would watch them. It always struck me (while watching them) how amazing the scores were, even before I was studying theory and harmony — I was hearing all this lush, sophisticated music from those classic films, which had such feeling and personality. I feel like that influence made it into Long Shot. There is a scene at a black tie dinner in Buenos Aires. We usually played the theme on acoustic guitar, but I rewrote it for that scene to sound Gershwin-esque — lush with a different harmony to call back to those classic films. 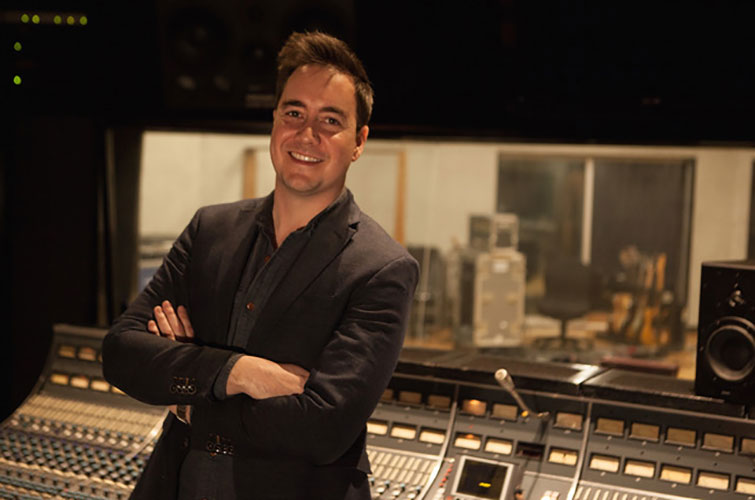 PB: Early in your career, you worked as a score reader with the Los Angeles Philharmonic, engaging with the likes of John Williams, Joshua Bell, and Christoph Eschenbach. Can you explain for our audience what the role of a score reader entails?

MH: It’s a rare thing. I was new to L.A., working on a TV show at the time, and I was itching to do something different. The opportunity came up through a friend who worked for the L.A. Phil to be a score reader — you attend the rehearsals with the orchestra and conductor and you actually mark the score with cues, then you work with the video crew. You know how you watch a live performance on TV and they cut to the tuba player right before his solo? That’s some nerd like me, sitting with the camera crew and letting them know where the cues are coming up in the piece, so they know where to focus the camera.

It was a really fun gig, and I was able to hang around huge talents and watch them work very intimately. Working alongside John Williams was definitely a highlight. I did that for a few summers, and every time, it was immensely rewarding. I had the best seat in the house for some truly amazing performances, back then. Now, when I go to Disney Hall or The Hollywood Bowl, I have to pay top dollar like everyone else!