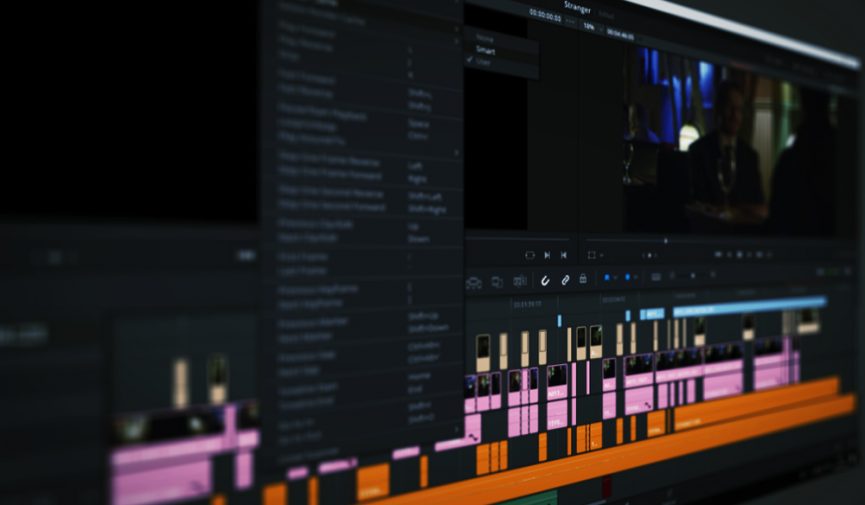 Check Out the Latest Developments in Resolve 14.1 and 14.2

Resolve 14.1 and 14.2 have brought a number of improvements and additions. Let’s take a look at a few that will stand out.

Since the release of Resolve 14, we’ve been all-hands-on-deck to cover the newest and most exciting features in the latest version of the software. We’ve covered an ample number of features (which you can find here), but while we’ve been writing about all the new features of 14, the Resolve engineers have used more black magic to create a handful of new additions with 14.1 and 14.2. At the bottom of the article, you can find the full list of updated or added features, but let’s look at a few specific features that have caught our attention.

Scopes on the Edit Page

One feature I dearly missed when making the jump from Premiere Pro was the ability to look at an RGP parade on the edit page. While jumping from the edit page to the color page to check the scopes is just a few clicks away, Resolve now makes things easier by allowing you to open the scopes on the edit page. You do this by selecting Workspace > Video Scopes > On. 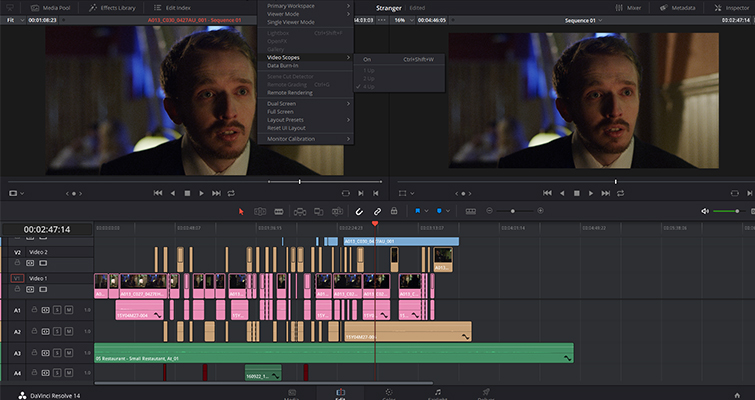 Alternatively, you can press Ctrl+Shift+W to bring up the scopes. 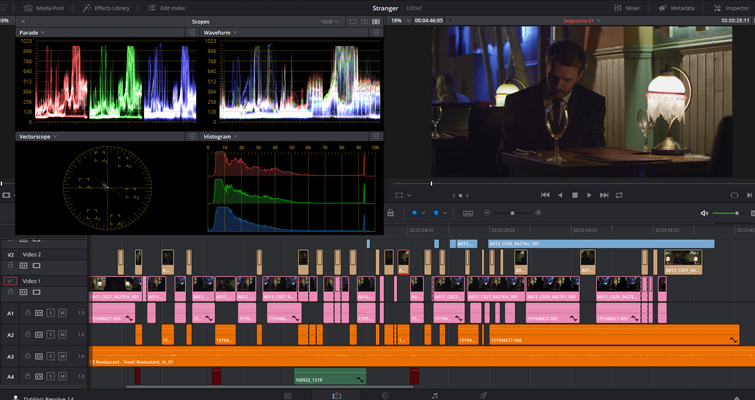 My only grievance is that I would prefer if you could conform the scopes to open in the source monitor rather than open as a floating panel.

The title generator in Resolve 14 just isn’t that great for creative use. It’s clunky, slow, and cumbersome — you can read about my dismay with the generator here. However, for standard lower thirds, it’s okay. While 14.1 and 14.2 haven’t made the generator easier to use, the rendering quality of the text has. Some users expressed concerns that text at a certain size or a particular font didn’t look sharp, or had excessive luminance upon delivery. The developers have since addressed this. 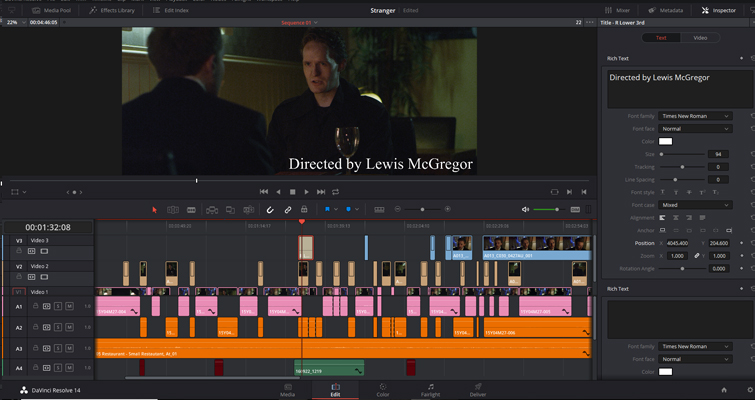 Resolve’s cache settings have always been great, but now they’ve become even better — or smarter. In 14.1, you can set up the render cache to ignore or include transitions and overlays, or to exclude an entire track altogether. 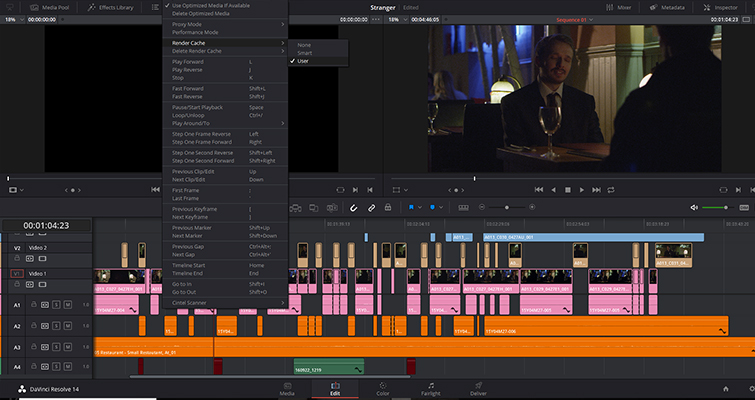 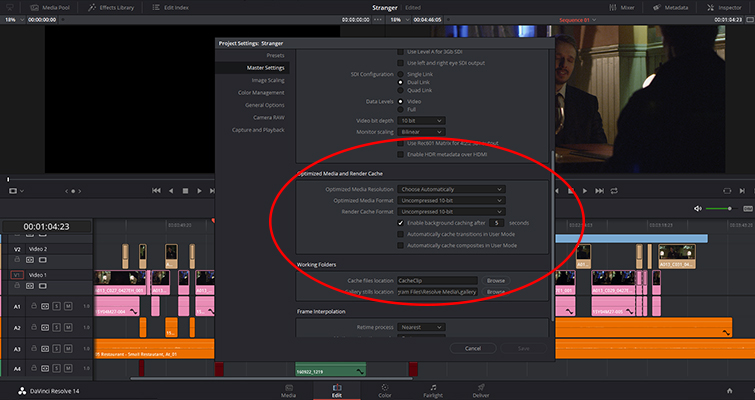 Now when you return to the timeline, right-click on the track settings area, and you can select Exclude from track from caching.

These are the newest features that I think editors new to Resolve will be happy about. However, there is an abundance of new features and performance improvements. (Full list direct from Blackmagic.)

Looking for more info on Resolve? Check out these articles.