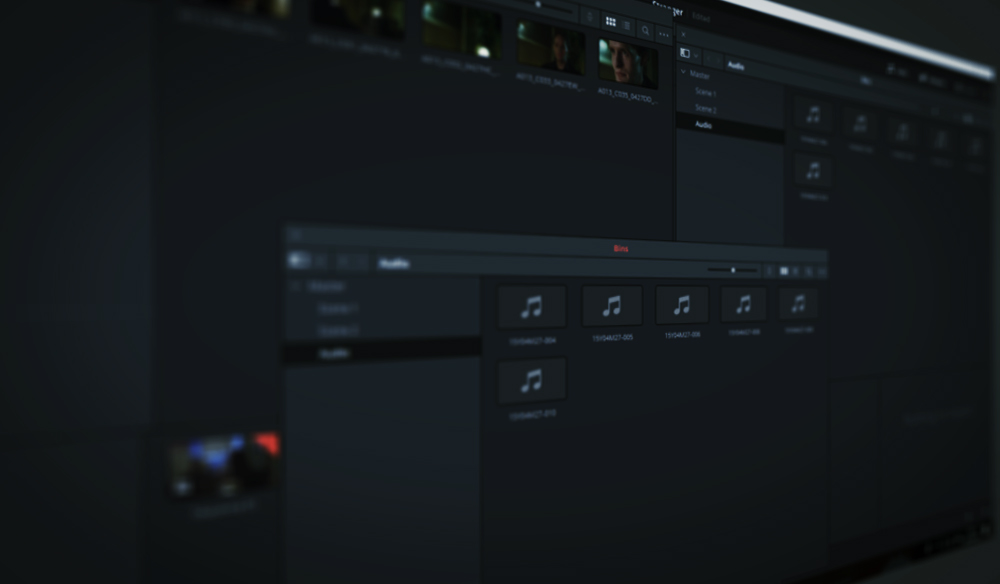 When the new version of a popular piece of software gets released, everyone rushes to see the shiny new gizmos that will, most certainly, increase efficiency and output. However, it’s only over the course of the weeks that follow that you start discovering all the slight internal changes that roll out with the new version — to your benefit or detriment.

Let’s have a look at some of the subtler changes you’ll find on the media page — and how you can use them or deactivate them.

At first, this may seem like a great feature, and I’m sure to many it is. You get a quick preview, and you can see the content instead of squinting at the small thumbnail. However, it’s also the cause of much confusion. Here’s why.

In the still below, we can see that clip P1011142 is the active clip because it’s outlined in red. However, in the preview monitor, we see a preview of P1011151 because the mouse cursor is currently over that clip in the media storage panel (circled in blue).  I might like what I see with P1011151 and decide I want to scrub through the clip more precisely, which I can do with the scrub button (circled in yellow). 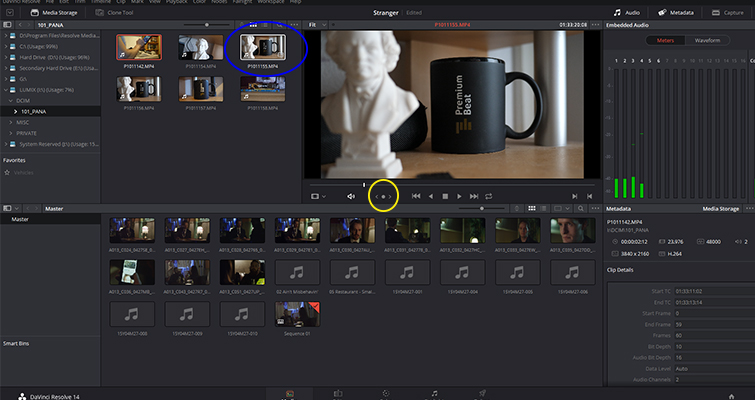 Yet, when I move the cursor away from the thumbnail to the scrub button, the preview monitor jumps back to the selected clip and not P1011151. That’s because the thumbnail we were hovering over wasn’t actually selected. 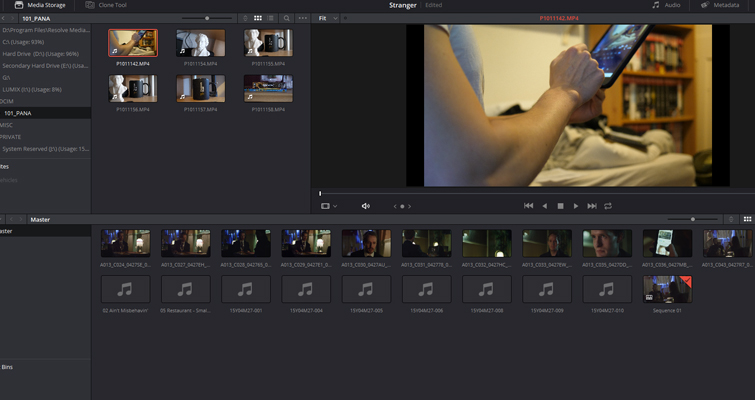 Secondly, if your clips carry sound from the camera itself, the live view also plays back the audio. If you’re working with a DSLR and listening to its unfiltered camera sound, you’re only going to hear unpleasant, choppy sound bites.

You may find this new feature useful, or an annoyance. If you find it beneficial to your media management, then there’s nothing you need to do as it’s on by default. If you find yourself annoyed by the constant sound stream and intrusive clips in the preview monitor, you can turn it off by clicking the ellipsis above the preview monitor and selecting Live View off. 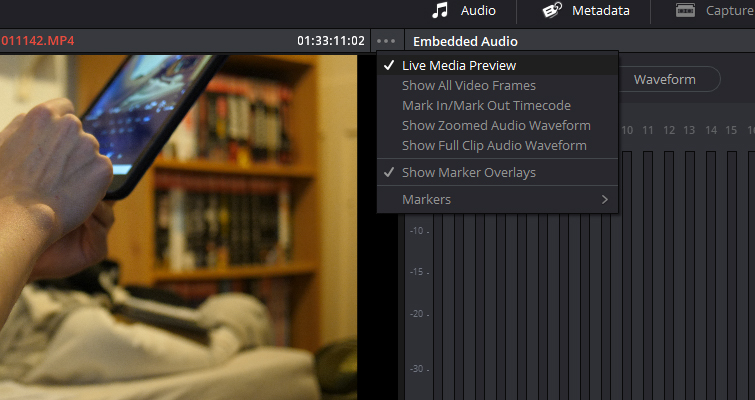 One of my previous quarrels with Resolve 12.5 was that you couldn’t open folders in new windows like you could in Premiere Pro. There may be a situation when I want to see what’s in both bins (folders). Previously, you could only open one bin at a time. In 14, that’s changed. If you right-click on a bin in the media pool and select open in new window, the bin will then pop out into its own window. 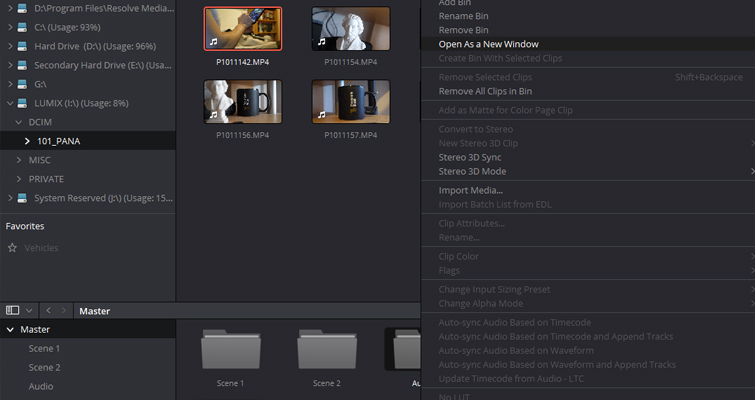 The beauty here is that you can virtually stack as many panels as your screen can accommodate. If your master bin has three bins, Scene 1, Scene 2, and Audio, you can open all three bins at the same time and compare the media in each bin. Like browsing folders on Windows, you can move back a bin level and switch bins within the pop-out window itself. 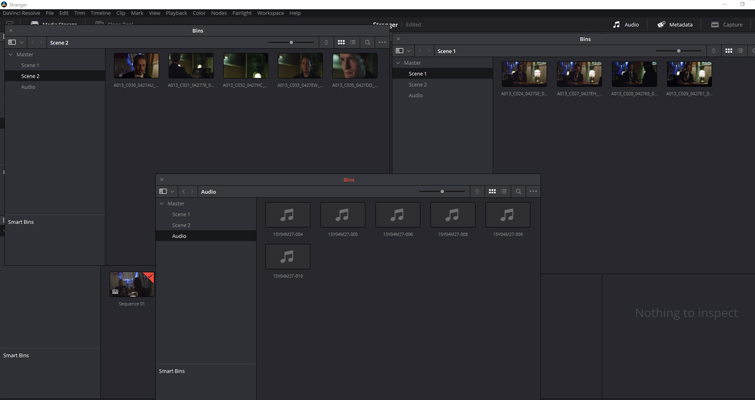 Create A Bin From A Clip

Creating a bin isn’t a strenuous task. You right-click in the media pool or within the bin panel, select add bin, and you then drag the desired clips into the bin. This is perhaps one of the more straightforward tasks outside of clicking play. However, Blackmagic has been kind enough to make this job even quicker and more precise by offering the option to create a bin from a clip itself. Just right-click the clip, and select Create Bin From Clip. Upon choosing that function, the clip goes automatically into a new bin. You can also perform this task by selecting multiple clips.

While this isn’t directly a media page feature, I do want to mention the ability to have a single preview window on the edit page. In previous versions of Resolve, the only way to have a single preview window was to open the effects panel open along with the metadata or inspector. This took up too much user interface space, and as a result, the source monitor collapsed — and you were left with just the timeline monitor. More of a defensive action rather than a direct user input. In Resolve 14, you can close the source monitor by hitting this button. 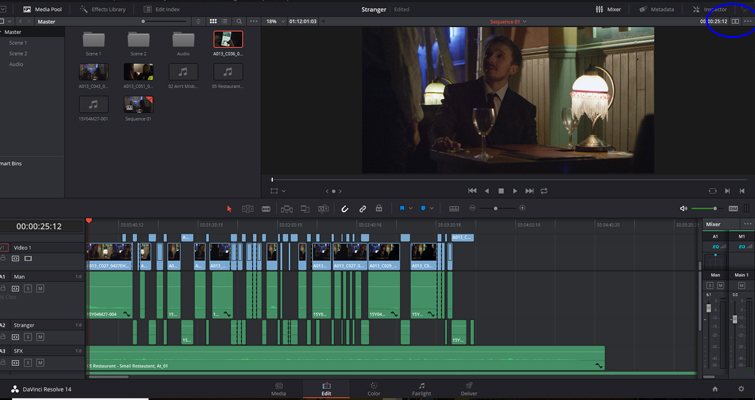