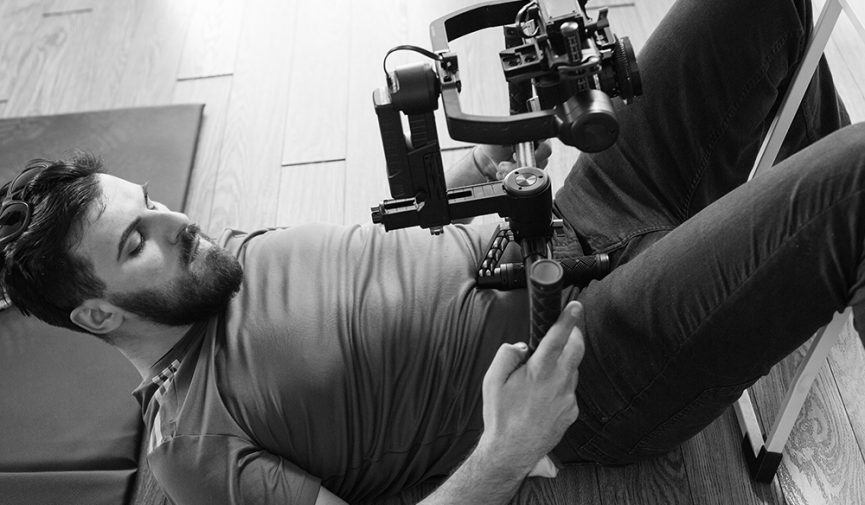 The old adage of “work smart, not hard” is the key to efficient filmmaking. Here are eight tips to maximize your videos by minimizing your effort.

Okay, so maybe lazy isn’t the right word. Is Mr. Miyagi from The Karate Kid lazy for having young Daniel-san wash his car and do his chores? NO! He’s imparting his ancient wisdom to teach his young pupil valuable lessons about life and karate.

Lazy simply implies a certain lack of effort, which — when you’re shooting a tough project on a hard deadline with your professional career at stake — can mean saving time, working efficiently, and making smart, practical decisions to meet your client’s expectations and get projects done.

That being said, every video professional will undoubtedly develop their own go-to shortcuts and tricks for filmmaking efficiency. I’d like to share a few tricks of the trade which I’ve picked up myself or been taught by those wiser than I. Hopefully you’ll be encouraged to develop and share a few of your own.

1. Use the Lighting Available to You 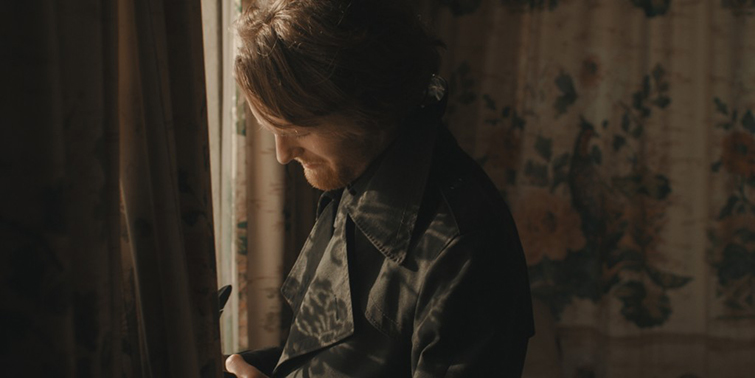 If you’re willing to look hard enough and make sacrifices on color temperature (and unless you’re set up on a sound stage or a bottomless pit), there will be some sort of light source available to you at your location that can be utilized much quicker and easier than putting together a whole 3-point set-up.

Whether it’s a window, a lamp, or a bank of florescent bulbs, if your setup is mobile enough, you can position your subject in a spot that maximizes what’s available to you. A quick screen or bounce board can sometimes be all you need to cheat a professional setup.

Here are few quick tips and tricks to add to your arsenal.

2. Have Faith and Set Your Zoom H1 on Auto 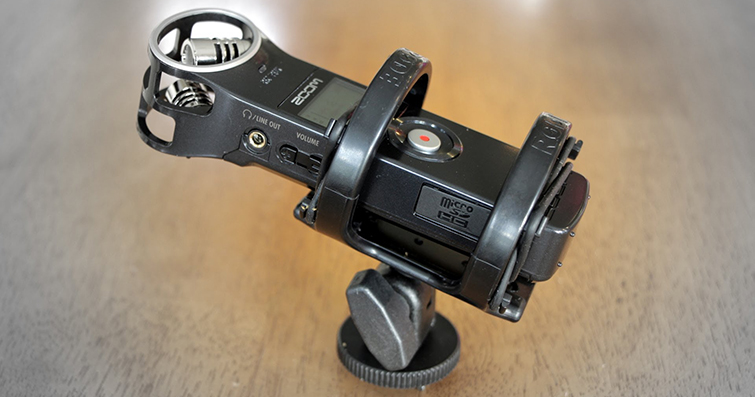 Don’t knock the Zoom H1. It’s small, plastic, and unassuming, but it’s a great piece of equipment that – for an everyday web video – can be just as powerful and even more resourceful than its H4 counterpart.

Get yourself a cheap battery-powered lapel mic from Best Buy, plug it into your H1, put that bad boy on auto, lock it, then stuff it in your subject’s back pocket and boom — your mark is now miked and auto-monitored for you to focus on filming.

You can also “hack” your H1 to include XLR inputs (with its auto level abilities) by following the steps in this article or from the video below.

3. Whip out Your iPhone for Slow-Mo 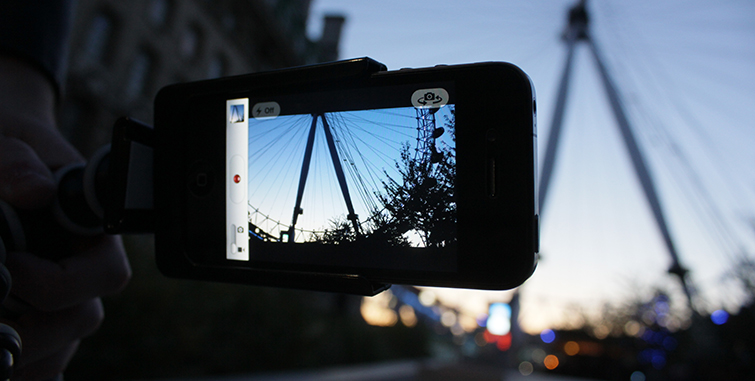 What’s more likely to make your client happy? You rent a RED for its high fps 4k recording to get a few shots of beer pouring in slow motion and pass along the $2,500 per day rental fee to them — or you shoot some slow motion shots on your iPhone which you throw in under some lens flares for a few seconds for free?

Yes, there are other options in between, but if you’re on a minimal budget and working for beer, you’d be surprised by how well an iPhone pick-up shot can impress your audiences for a few quick seconds.

4. Make the Most of Warp Stabilizer

You don’t need a top-of-the-line tripod or steadicam if you learn to embrace the warp. While it doesn’t fix everything 100% of the time, it can be a great way to smooth out all types of motion and speeds. A good example would be if you’re doing a long pan on a less-than-reliable tripod where you can struggle with speed and a few bumps — warp stabilize can not only remove the ups and downs, it will also smooth out the speed to keep it consistent throughout.

Here are some warp stabilizer best practices and resources:

5. Easily Turn Your Slider into a Jib

Let’s be realistic — while there are certain projects where a full jib move is required for a shot, the majority of online videos only really need a few seconds of up-or-down movement at most (here’s an example — see if you catch the “jib” movement).

For those looking to add a little more variety to their pans, tilts and slides, using even the shortest of sliders at the right angle can create the cinematic equivalent of renting and using an expensive (and often cumbersome) jib.

Here’s a video tutorial on how to turn your slider into a jib. 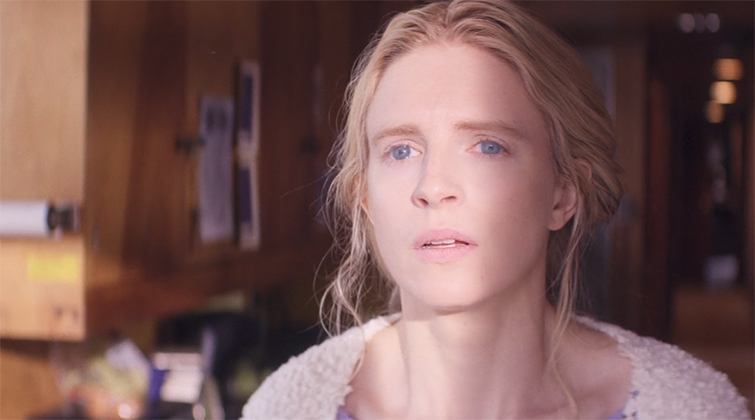 Image via Plan B Entertainment

Shooting in a neutral picture profile, for most videographers, is already standard practice for several reasons. One, it gives you more latitude and leeway to pull out colors and add contrasts in post-production. It also can keep you from losing information in dark or bright areas when changing lighting in a shot. However, if you shoot in neutral and are too pressed for time on an edit to do a full color grade, consider simply leaving your footage in its neutral state as an “artistic choice.”

I’m not suggesting every film, TV show, or web video that embraces neutrality is making a lazy decision — there are plenty of good reasons to desaturate for style — but if you’re confident in your compositions, and your videos are not necessarily intended to portray full, pure colors, leaving your footage in neutral can save huge amounts of time and just may impress.

7. Don’t Have a Two-Camera Setup? Shoot it Twice!

If you’re as passionate about being lazy and finding practical workarounds as I am, you may take great pride in tricking your audience into thinking you were much more prepared than you actually are. If you watch the video below, you’ll notice what appears to be your standard A-cam/B-cam shoot, however, in reality, it was just one camera.

This trick basically works best for demonstration-type setups like cooking or wood whittling — but if you’re in a pinch and only have one camera, you can shoot a stationary wide main shot and have your subject go through their entire routine. Then, reshoot from a side angle where you can zoom in on specifics to make it appear as if you had two cameras and two able-bodied cameramen involved in your production.

8. Learn to Love After Effects Templates and Light Leaks 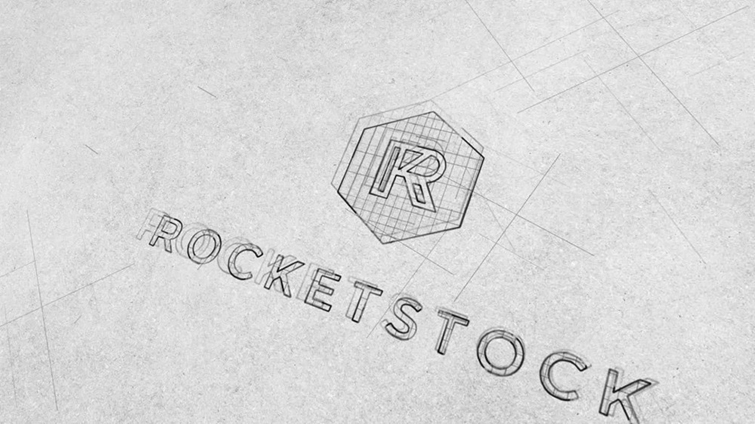 Image via Sketchpad (via RocketStock)

I can’t overstate enough how much using a simple After Effects template and tossing in some light leaks and lens flares can turn any highlight or sizzle film from mundane to flashy. Don’t ever let it take away from actually doing your job and providing quality shots, good storytelling, and editing – but added on top of a well put-together video, it can turn good to gold. Here’s a simple example of an event video shot and edited on site.

You can browse AE templates and light leaks on the excellent post-production website RocketStock or simply follow the links below.

Hope these tips help. If you’re hungry for more lazy DIY tricks and hacks, check out these additional resources!

What are your lazy filmmaking tricks? Let us know in the comments below.