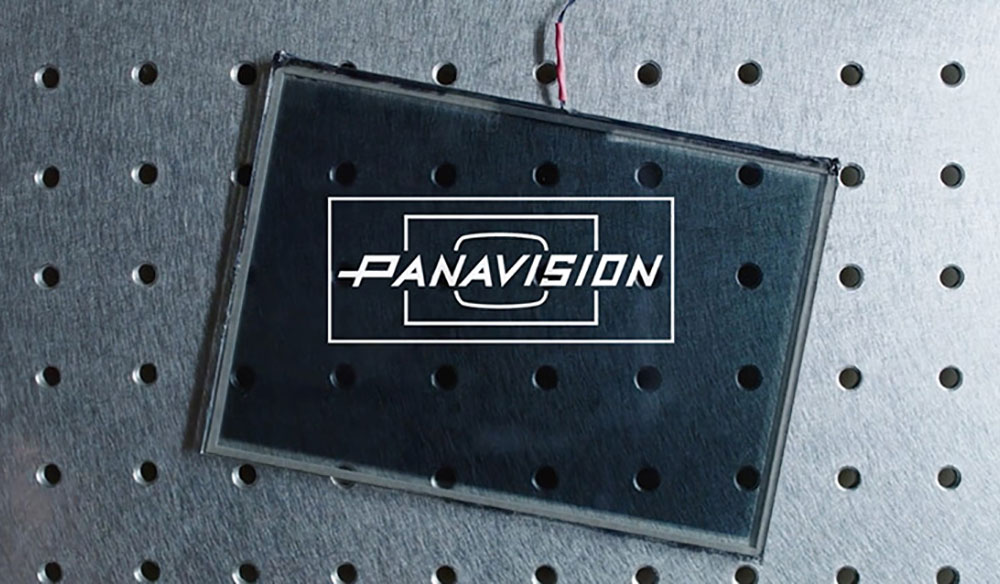 Panavision recently announced its brand-new LCND filter. We took a look at what it is, how it works, and what to expect from ND filters in the future.

Neutral density (ND) filters are some of the most commonly used tools on any production. NDs use darkened glass to reduce the light that enters the lens, without affecting the color in the shot, allowing you to open the iris without overexposing the image.

In cinema applications, ND filters slot into the mattebox and come in a variety of strengths, measured in decimals or fractions, which indicate the number of stops the by which the filter is reducing the light.

In recent years, variable ND filters have seen widespread use for their ability to gradually adjust the intensity of the effect. However, this year Panavision has set out to up the ante with an entirely new variety of filter — an electronic ND.

At CineGear 2019, Panavision exhibited the final production model of its Liquid Crystal Neutral Density filter, or LCND. Teased at CineGear 2018, the LCND uses Liquid Crystal display technology, similar to that found in LCD screens to electronically dim incoming light to the lens.

Panavision’s press release boasts clicked or ramped ND filtration from .3 ND to 1.8 ND — a full six stops at the click of a button. This is a first for Cinema NDs.

The LCND contains no moving parts — you adjust the strength of the ND by applying voltage to the filter, which then brightens or darkens the glass. You control it with a dial on the side of the filter. Because of this, the LCND will only work in Panavision matteboxes, which side-load filters rather than top-loading them like other manufacturers. 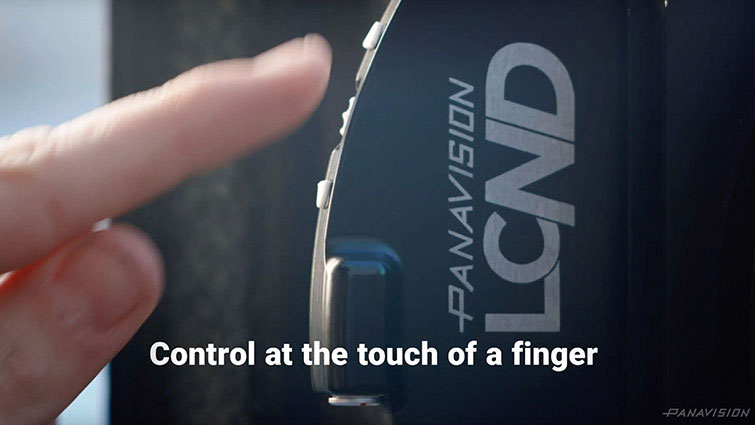 This was likely a design choice on Panavision’s part — you can’t buy Panavision gear; you can only rent it.

The technology in the LCND is easily one of the most interesting developments in front-of-lens filters in a very long time. Unfortunately, it’s likely that only higher-echelon filmmakers will have access to the LCND due to Panavision’s rental-only business model.

Let’s take a look at the tech behind electronically controlled NDs. 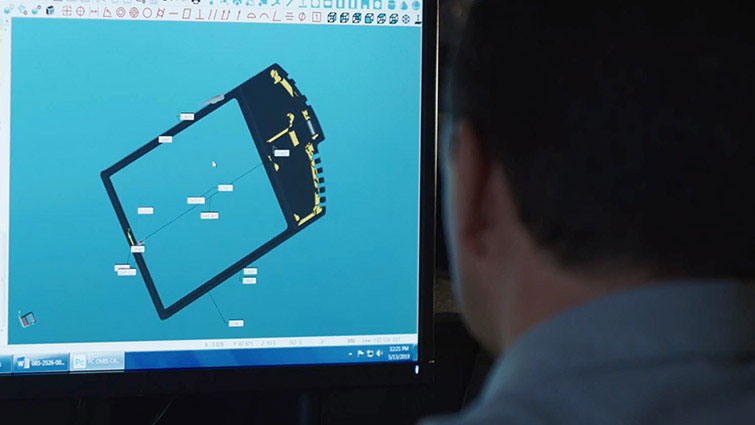 As I mentioned earlier, variable neutral density filters have made quite the impact on the industry in the past decade. These variable NDs operate by stacking two polarizing filters with a rotating dial, which limits incoming light, depending on the orientation of both of the filters.

While the LCND is a first for cinema, similar technologies have been in use in other sectors.

The LCND is the first front-of-lens filter to make use of these technological breakthroughs. But, in 2018, Sony implemented similar electronic NDs in recent Prosumer Video camera releases. 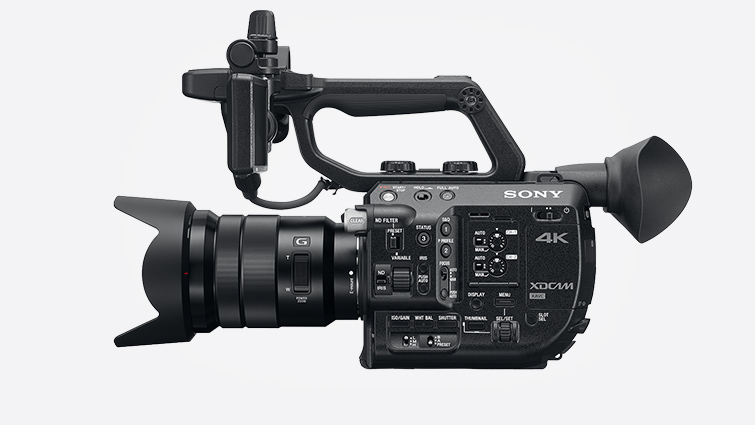 The PXW-X180, FS5, and FS7 II have built-in electronic Neutral Density filters, which may be clickable or variable depending on operator preference. The NDs in these cameras were a true first for imaging — there were no other electronically controlled variable NDs before the 2018 releases of these cameras.

So, what does the LCND (and other electronically controlled glass filters) mean for the average filmmaker? 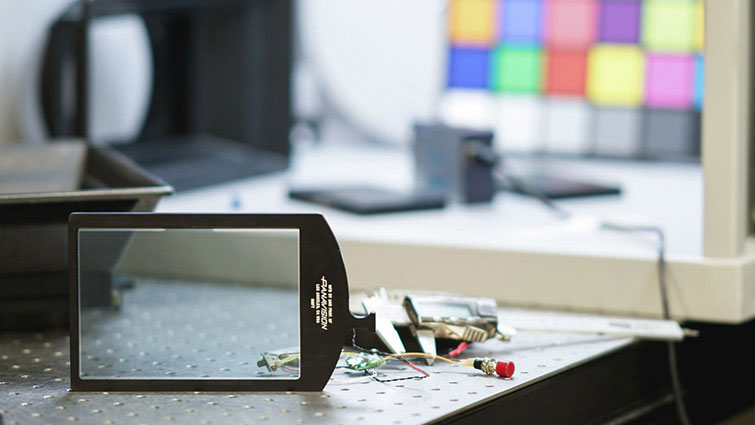 Panavision is an industry leader in the cinema world. When they develop new products and technologies, the industry pays attention. With similar tech already available in Sony Cameras, and the overwhelmingly positive reception to the LCND, filter and camera manufacturers are likely to pick up on the trend.

When the first variable NDs became available a decade or so ago, Chinese manufacturers quickly responded with affordable knock-off products. More reputable manufacturers released their own versions of these simple NDs after wide reception in the film, video, and photo markets.

Andrew Reid of EOSHD has some cool ideas for what wider market electronic NDs might look like in the coming years in his blog post on the LCND. Low cost, screw-on filters with low-profile power or battery options would surely be a boon to independent camera operators. 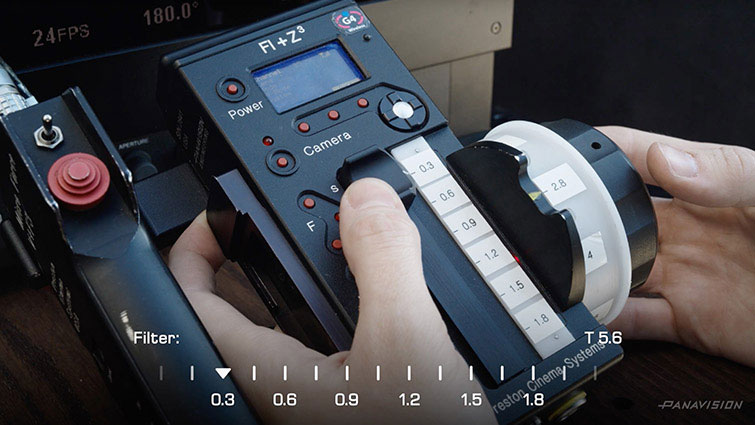 I hope to see more electronic NDs in the coming years. The ability to lock the Iris and control exposure remotely opens up all sorts of possibilities for the camera department.

With existing tech in multiple consumer-driven markets to draw upon, removable electronic NDs might just be the very-near future of all NDs in video, now that Panavision has set the bar and established how these devices can work in cinema applications.

No matter what happens, however, the LCND truly is one cool piece of gear.

Looking for more articles on film and video equipment? Check these out.