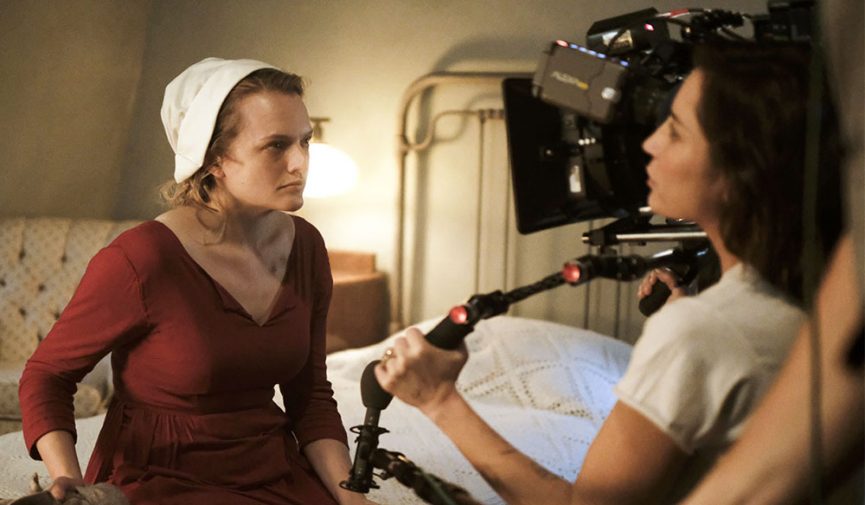 The Power of Shooting with a Shallow Depth of Field

Here’s how shooting with a shallow depth of field can immerse your audience like nothing else.

Choosing how you will shoot your project might be just as hard as writing the script. With all the different lenses and cameras available today, choosing the right piece of equipment can be difficult. The creator and director of 2017’s The Handmaid’s Tale is a shining example of knowing exactly how to communicate ideas and tell stories — all through the lens.

The recent upload from nerdwriter1 dives into the significance of Hulu’s latest brilliant series. The video explores what makes the show stand out and why it’s important to consider the story when choosing lenses. Without giving too much away, it’s important to know the show’s director Reed Morano (who usually works as a director of photography) was methodical with her approach to framing and shooting the central characters.

Morano chose to shoot on the ALEXA Mini at an aperture of up to 1.4, creating a razor-thin depth of field, which allowed the filmmakers to guide the audience through each shot. This workflow carries more weight than you might think. Morano and DP Colin Watkinson created a hauntingly beautiful and disturbing visual motif that also serves as a fantastic example of the power of a shallow depth of field.

Capture the Point of View

By using a Zeiss 28mm T2.1 Lens and placing it mere inches from the lead actor (Elisabeth Moss), we get shots like the one you see above. Given the circumstances of the show, the central character, Offred, has experienced true tragedy and finds herself in this strange and terrible world. This isolation and trauma draws a remarkable performance from the actor, and the closeness of the camera to her face amplifies this work. Given the extremely shallow depth of field, the audience identifies with Offred and understands that due to the lack of control she has over life and body, “Your only agency is mental.” Moss’s incredible performance brings power to Morano’s vision.

The women in the world of this show are forbidden from reaching out to the outside world — or reading anything in general. This lack of knowledge and understanding of the world around them creates a level of disconnect that we see expressed as an out-of-focus environment. The shallow depth of field gives us an excellent view of their perspective and the isolation they experience. This method of shooting your actors isn’t anything new; some of the best working cinematographers like Hoyte Van Hoytema and Lubezki have used this technique in the past. What makes this particular use of shallow depth of field so effective is how dedicated and consistent this vision is throughout the course of the show. This dedication proves how engaging one’s work can become with enough planning and care.

The Handmaid’s Tale moves back and forth through time, giving us a glimpse of Offred’s past life, before Gilead. Straying away from the precise Kubrickian framing and acute angles of the present, the flashbacks are still shallow. Given the brilliant nature of the show, this decision to shoot both worlds the same way makes the audience think. Given the disconnect and isolation in Gilead, these themes were still present in the real world (our world), and Morano is communicating this through her camera work. Shows and films like this that live on past the screen and start conversations are vital, and they give us hope for the future of the medium.