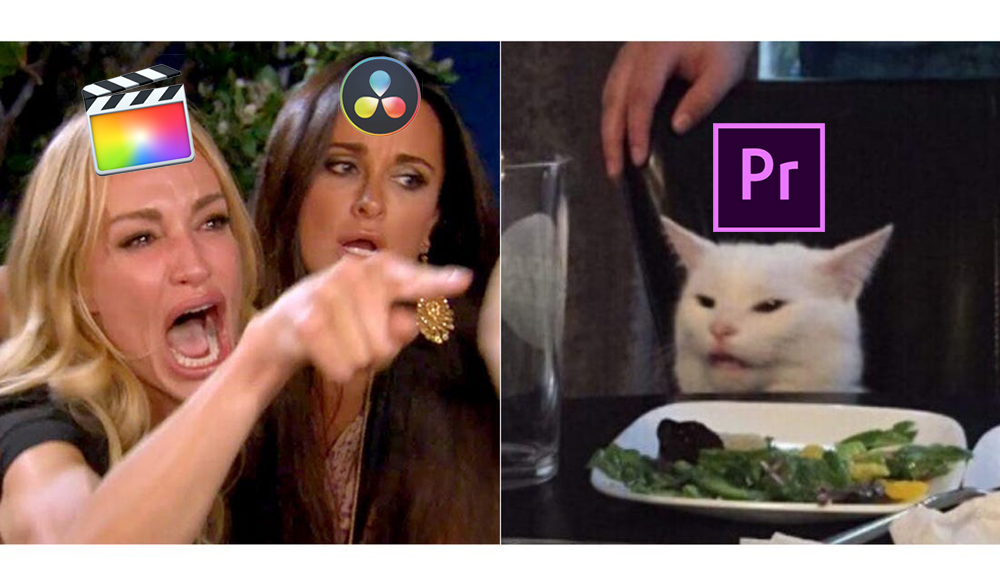 Premiere Pro Is Not Dead: Why I’m Sticking With This Frustrating Program

Though you may have heard otherwise, Premiere Pro is not dead to video editors. Here’s why it’s still a good choice for seasoned video pros.

Note: This article is a response to a recently published PremiumBeat article that covered reasons for leaving Premiere Pro. Be sure to check it out if you haven’t already: “Premiere Pro Is Dead: Why It’s Time to Make the Switch.”

Before we dig in, I’ll make my pro-Premiere Pro case right off the bat. It’s really not so complicated.

First of all, I’m just too heavily invested in the entirety of the Creative Cloud suite to spend even a little time and money on another NLE.

I use Photoshop, Lightroom, and After Effects almost daily, so I’m paying for a Creative Cloud subscription no matter what. Including Premiere in my already CC-centric workflow, instead of using time I don’t have on learning another editing platform, is a no brainer.

But this isn’t just about convenience and habits — I actually appreciate the seamless workflow. Which is to say I appreciate the ease of moving back and forth between Premiere and After Effects.

Now, is Premiere objectively the slowest-performing NLE? Yes. Is Premiere prone to crashing? Sometimes, sure. Do I feel safe in my space and comfortable trying new things while editing in Premiere? You betcha. 100%

Look, it’s easy to bag on Premiere Pro. I find it just as easy to sing its praises. So, let’s look at a few aspects of the program and talk about why I think it’s worth sticking around for. 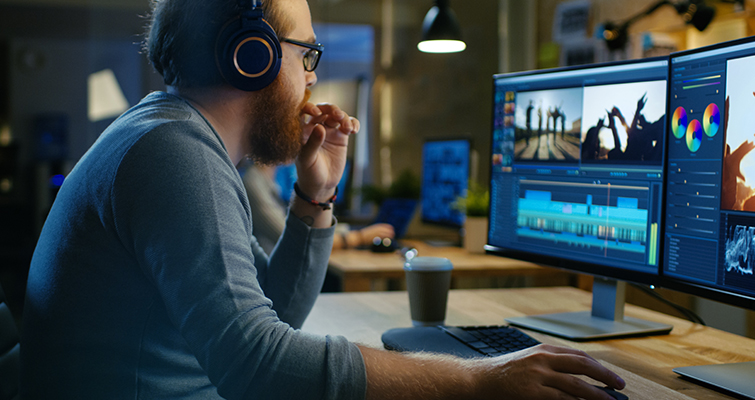 With Adobe’s recent announcement of Beta testing of GPU hardware accelerated encoding, you can expect faster exports and less crashes. Image via Gorodenkoff.

One of the biggest points of contention with Premiere users is how the program operates on your computer — specifically regarding exports.

It runs off of your computer’s CPU, which inevitably leads to slow workflows since your CPU can only handle so much when dealing with a large workload. Meanwhile, your GPU is carrying none of the weight. Frankly, Resolve’s seamless, GPU-powered rendering process puts Premiere to shame — but it looks like that’s about to change.

According to a recent announcement, Adobe is beta-testing GPU hardware accelerated encoding. This is huge step up for Premiere, After Effects, and Media Encoder. It’s a step that (on paper, at least) means faster exports and fewer crashes. That’s, like, the goal, right?

Will this be a game-changer? Does it even need to be a game-changer, or can it just be a good thing? I’ll take either one, and either way, it shows that Adobe is listening — and responding — to users and making real attempts at remaining relevant.

If you add the length of all the clips up, you’ll discover that there’s approximately 1,000,000 years worth of Premiere-related video content online. I’ve made several videos on the damned thing myself! With even a cursory glance at this content, you’ll find tons — TONS — of free assets specifically designed for Premiere Pro.

While there are indeed free downloads and assets for programs like FCPX and Resolve, there’s an overwhelming number of creators and sites dedicated exclusively to the creation of Premiere assets.

I mean, the Essential Graphics Panel alone is reason enough to stay with Premiere, especially if you’re consistently editing videos that contain similar elements or clips that use the same lower-thirds, titles, and animations. It’s just so reliable and so dang easy to use.

A Word on Crashing

And yet — Premiere Pro crashes.

It was in that dark moment that I thought, well, that’s it. I’m doing it. I’m making the switch. I downloaded Resolve and played around with it the next day.

It was fine. It was a totally fine experience. But when I had to get back to work, I reopened Premiere, if only because I didn’t feel like figuring out a new NLE while actually editing a video. And then, well, I just worked. And so did Premiere. It didn’t crash. It hasn’t crashed since.

Ultimately, all this crash stuff, it’s all relative to what footage you’re working with and what your computer can handle. It’s not always Premiere’s fault. 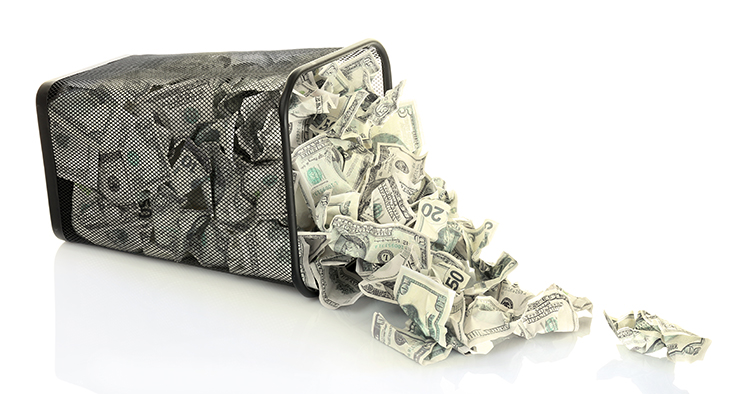 With the plethora of resources available, don’t be afraid to make a switch. Image via Africa Studio.

Nothing I’ve said above is meant to keep you from discovering your true NLE destiny. Switching to  FCPX, Resolve, or even Avid isn’t just possible, it’s also easier to do than ever before when you consider the sheer volume of instantly accessible educational content that exists. Between tutorials and sites like Skillshare, LinkedIn Learning, and YouTube, there’s no good reason to resist at least trying another NLE. You can just move on.

If you’re ready to switch, here’s a list of helpful tutorial videos that can help:

Look, I don’t love Premiere. There’s nothing about it that makes me jump for joy. And really, at this point, I just feel kind of indifferent to the whole thing. If my needs ever stop aligning with what the Creative Cloud has to offer, I’ll cancel my subscription and move over to Resolve. But, for now, I’m fine with where I’m at, and it seems like Adobe is moving in the right direction (even if the new icons look like hot garbage).

One last thing — people keep telling me to check out Fusion.  “It’s just as good, if not better, than After Effects.” So, maybe that will change everything. I’ll report back after I take it for a spin.

Oh, also, one more last thing: It doesn’t matter what NLE you use. At the end of the day, a finished video is a finished video. If it’s a cohesive, good-looking story, then who cares what application was used to create the edit?