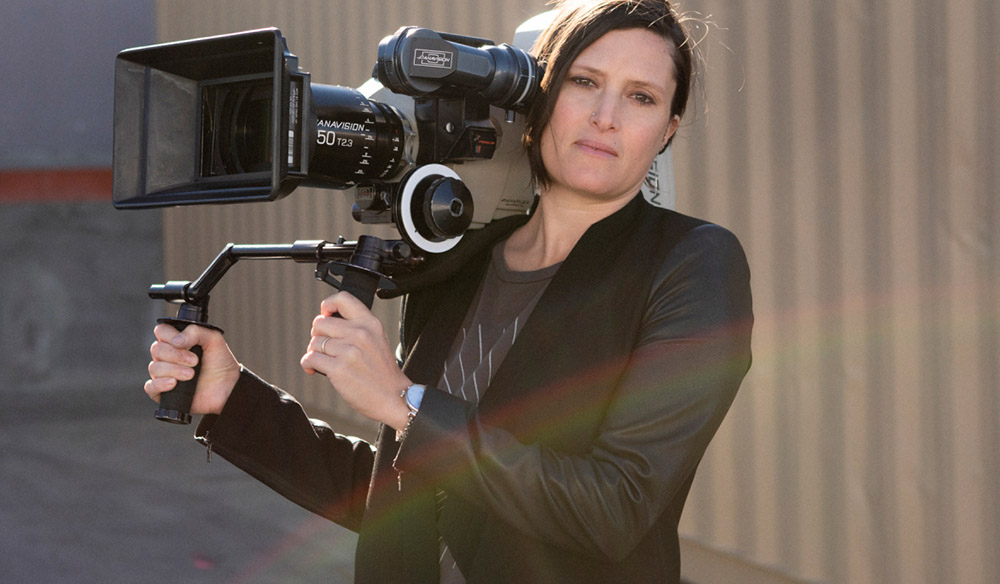 The Precise and Expressive Cinematography of Rachel Morrison

With a keen eye for detail, Rachel Morrison’s cinematography brought the dark realities of the Mississippi Delta and the majesty of Wakanda to life.

It’s been several years since we highlighted Rachel Morrison as one of the best up-and-coming cinematographers to watch (back in 2016), when the AFI MFA graduate was coming off the heels of her first acclaimed trio of films: Fruitvale Station, Cake, and Dope. She’s since gone on to earn an Academy Award nomination for Best Cinematography for her work on Mudbound (making her the first woman ever to receive the distinction).

Oh, and she was also tasked by Director Ryan Coogler to helm the cinematography for the highly acclaimed mega-blockbuster Black Panther, so it’s probably safe to say that Rachel Morrison is no longer an up-and-comer — she’s arrived.

But, how has Rachel Morrison’s cinematography evolved over the years? From a photography background, to her first foray into indie filmmaking, and into her recent success on some of the biggest features and franchises currently spotlighted, let’s dive into the hallmarks, traits, and looks of Rachel Morrison’s unique craft and style.

I sort of grew up with a camera in my hand. I always felt comfortable behind the lens. And, I would take the family photos. Then, I would take photos of my friends. But, then, also became very interested in the concept of cinematography and sort of a more complete narrative and twenty-four frames a second and being able to tell a story, not just in a static image, but in a moving image.

In a sit-down interview with ARRIChannel, Morrison gives a bit of history into how she got her start in cinematography and how her photography roots have helped to shape her eye and mindset.

While attending NYU (along with fellow acclaimed cinematographer Reed Morano), Morrison found her photography work as a perfect segue into telling stories at twenty-four frames per second.

You can see this photographer’s mindset in how she chooses to frame and capture the intricate moments of her subjects in her early documentary and reality projects. These initial one-frame-at-a-time sensibilities would go on to influence her first indie features, like the hyperreal and expressive Fruitvale Station, which was her first collaboration with Director Ryan Coogler.

A Lens Focused on Emotion

When you look through Morrison’s filmography — mostly at her early documentary work — you begin to notice just how much focus Morrison puts, not on the events or action of a sequence or scene, but on the faces and subtle emotion-based movements of the characters.

The video essay above (by Fandor) offers examples of the signature looks and techniques that Morrison employs to shoot in a variety of styles and shot angles, from complex wides and POV shots to the intense, emotive close-ups for which she is revered.

Working with the Best

While Morrison received plenty of accolades for her early work, it was the Sundance hit Mudbound — one of Netflix’s earliest major indie pickups — that really put her on the map.

As you can see in the above featurette, director Dee Rees picked Morrison to take on the challenge of capturing the harshness so important to a historical drama set in the rural south. Morrison’s tight lenses and signature emotion-motivated framing in Mudbound’s tortured, desaturated looks truly brought the full intensity of the narrative to life.

Bringing Indie to the Mainstream

One of the coolest aspects of Morrison’s cinematography and style is that it actually scales quite well, as she admits in the above CookeOpticsTV interview about applying her indie sensibilities to the world of Marvel blockbusters.

For Black Panther, the slates became much bigger, and the needs for different coverage styles (multi-camera instead of single cam, for example) changed.

Morrison was able to bring many of her same emotion-capturing tools and tricks to the language of comic book and spectacle-focused storytelling. Which, to her and Director Ryan Coogler’s credit, is certainly one of the reasons why Black Panther stands out as one of the best superhero movies of all time — and the only Marvel film to receive an Academy Award nomination for Best Picture.

Finding Your Voice in the Art of Cinematography

Finally, in one of the best examples of how her cinematography has been recognized for its emotional understanding and technical precision, Morrison was invited by The Hollywood Reporter to sit down for a roundtable discussion with fellow standout cinematographers Janusz Kaminski, Roger Deakins, Robert Elswit, Dan Laustsen, and Hoyte Van Hoytema.

In one particular exchange with the There Will Be Blood cinematographer Robert Elswit, Morrison talks about how it’s the “happy accidents” of shooting celluloid, often in run-and-gun indie situations, that the best — and most memorable — shots and sequences are captured.

For more cinematographer profiles and filmmaking insight, check out the following resources: