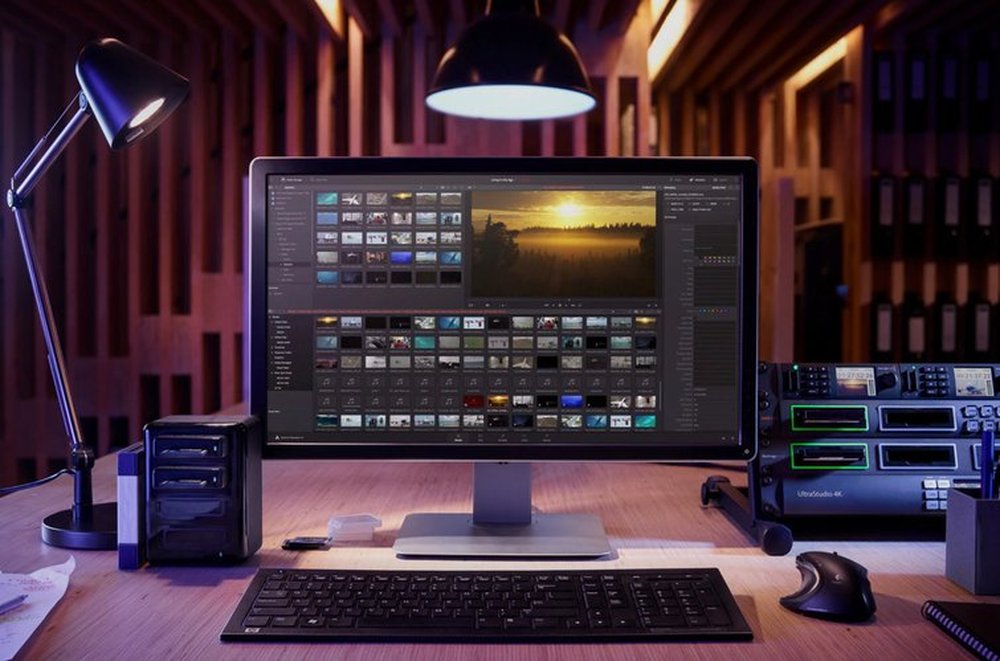 6 Reasons for You to Upgrade to Resolve Studio Today

DaVinci Resolve is unique among post-production applications in that it’s free. But, here are six compelling reasons why you should consider upgrading to the paid version.

The fact that there’s a free version of DaVinci Resolve is actually amazing when you consider that, before Blackmagic acquired the software, it was a system priced upwards of $250,000. Since that acquisition, Blackmagic has continuously made huge investments in the software, easily matching and often exceeding the new features that Adobe and Avid have been innervating into their systems.

Most people are aware that there are two versions of Resolve — a free basic version that has every tool you need to edit and color grade films, and a more advanced Studio version that costs $299 and comes with added features.

But, just what are these added features? How do they work, and is the upgrade worth the money? Let’s take a closer look at both versions of Resolve and find out if upgrading can create a meaningful difference to your filmmaking post-production workflow. 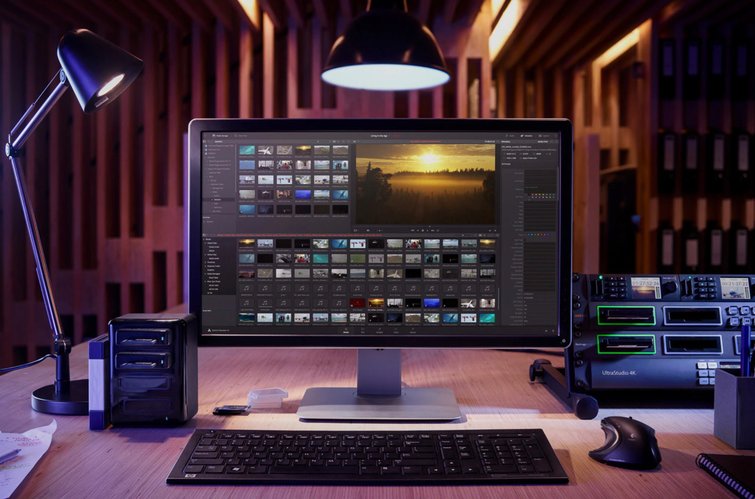 Blackmagic’s DaVinci Resolve offers both free and paid versions of their software.

As stated above, the Studio version costs $299 and comes with a lifetime of upgrades — once you pay, you’ll never have to pay again. You can buy the software as a standalone from the Apple Store and install it in one place, or you can buy a dongle version that comes with a USB key fob. The advantage of the dongle, obviously, is the ability to carry Resolve Studio from place to place. This is ideal for anyone who wants to work from home and at an office without purchasing the software twice. 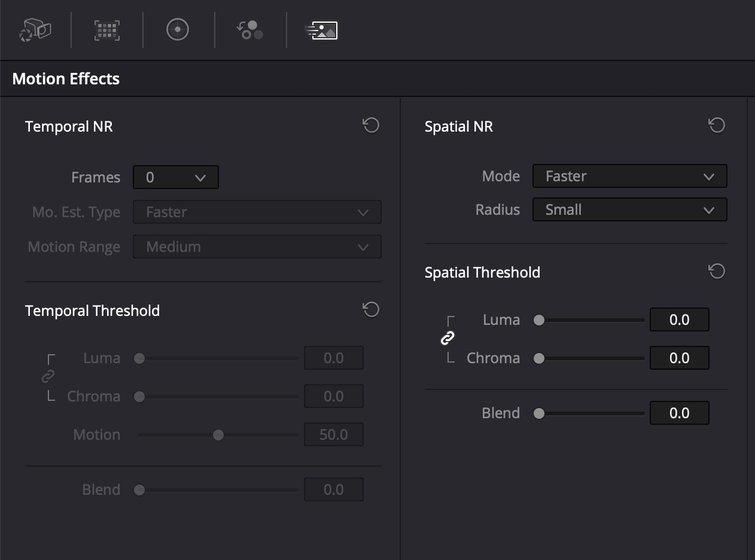 Probably the most visible Studio-only feature is noise reduction. Shooting in low light, or in high ISO on digital cameras, introduces noise or grain to an image — the darker the shot, the more noise is applied.

When shooting at night or in dark environments, it’s sometimes impossible to reduce in-camera noise. So, to get a usable shot, you need to reduce that noise in post. Resolve Studio has excellent noise reduction features — both spatial (within the frame) and temporal (from one frame to the next).

Of course, you can use third party noise-reduction plugins in the free version of Resolve, like the excellent Neat Video, but it’ll cost upward of $90 and doesn’t have the speed or control of the native denoiser.

With my 2019 iMac, a Radeon Pro Vega 48 graphics card, and Resolve Studio, I can render 4K raw footage at almost 60 fps, versus 14 fps in the free version. If you’re working professionally, these render times can easily add up to hours, and the boost in productivity alone is worth the upgrade.

Resolve Studio also unlocks cross-computer collaboration, either in the form of working as a team on a single project or as remote grading, where a client can watch you work. Both are useful for larger projects, but you’ll need multiple licenses of Resolve Studio to make them work.

With the Face Refinement tool you can alter the lighting and color of the track.

Resolve Studio has some very cool and less obvious features as well. The Face Refinement tool tracks faces through a shot and lets you brighten them, change color, and even reduce shine. The Object Removal tool can easily eliminate unwanted objects — like boom poles or logos — in an instant, all with Blackmagic’s AI software.

The Face Refinement tool is an OFX plugin, which is a format that allows third-party developers to add more functionality to Resolve. Blackmagic has their own OFX plugins that come installed — the free version has some basic ones, but the best are saved for the paid version. Color Space Convert is another default OFX plugin that you’ll only find in the paid version, and it’s amazingly useful for converting between different LOG formats and Rec. 709 color spaces. 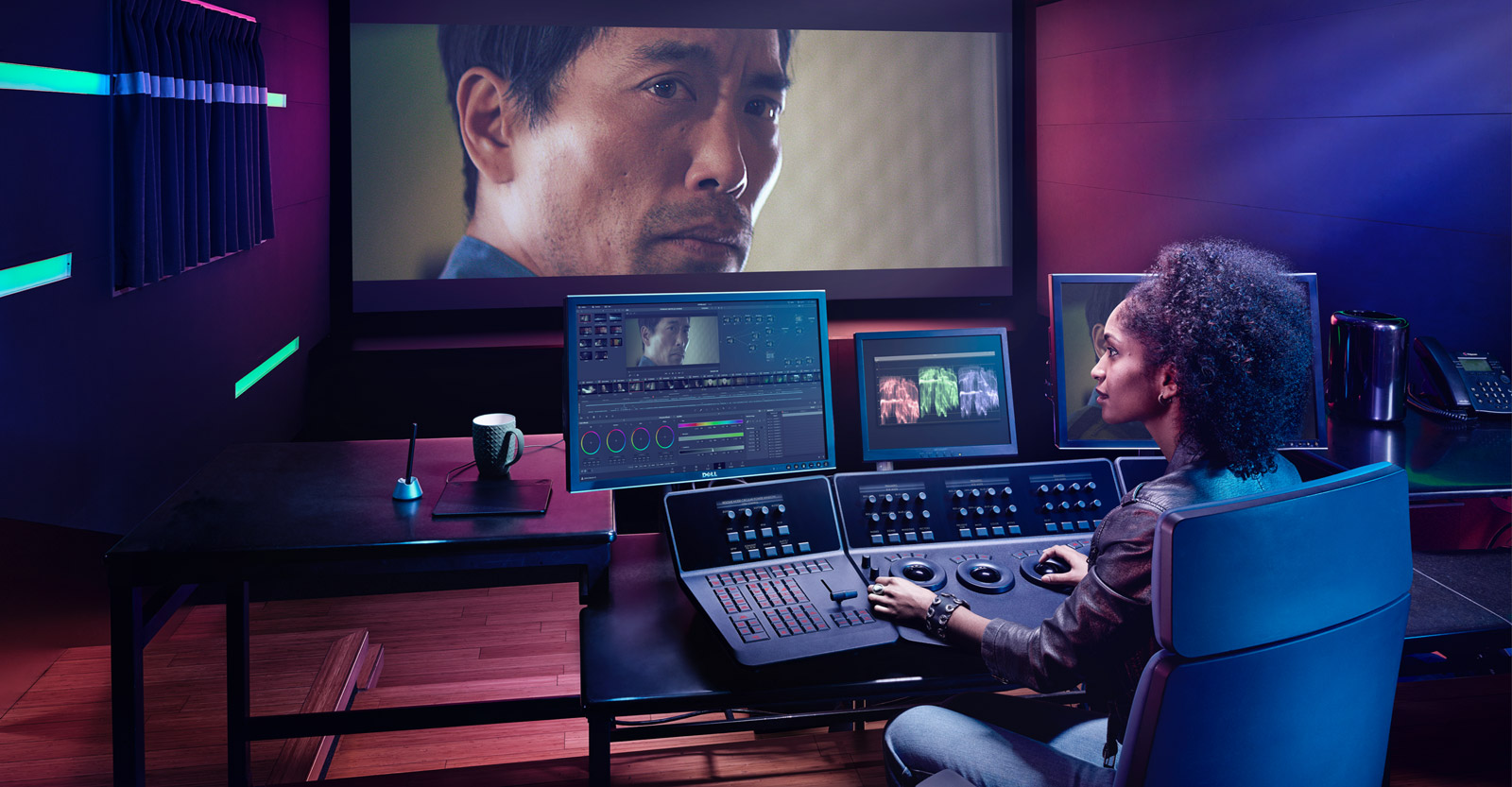 Resolve Studio also has added support for stereoscopic filmmaking, allowing you to work independently with the left and right images of a 3D sequence. In addition, you can work in HDR (high dynamic range), setting up the maximum bits and color depth before grading and outputting a HDR version of your project. Keep in mind, you’ll need an HDR monitor to grade on if you want to be able to see what you’re doing.

New compression formats — such as H.245 (also known as HEVC) — are supported only in the Studio version, as are timeline resolutions higher than 4K. It seems as though Blackmagic wants people to get their feet wet in the free version, learn the basic tools, and then upgrade when they have commercial work. 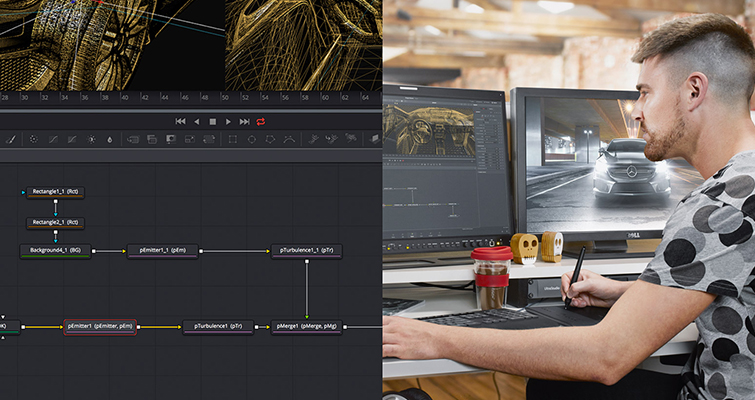 It’s important to remember that Resolve isn’t just a color-grading package — it’s also a full-featured editing and sound package. And, with the introduction of Fusion, it can now do high-end VFX as well, even if the learning curve is pretty steep.

Ultimately, you can’t go wrong with either version of Resolve. If the free version meets your needs, stick with it until it doesn’t. As your projects get bigger and more lucrative, the $299 investment in Studio might make more sense — especially since Studio’s free lifetime upgrades position you to save thousands of dollars when compared to competing Adobe and FCP offerings.

Get to know DaVinci Resolve better with these helpful resources: